From Stockholm to Ottawa: How Sweden inspired Canada's gender-sensitive budget

A quick scan of the Canadian budget suggests it was heavily inspired by Sweden's three years of gender-responsive budgets, writes Nahlah Ayed.

Swedish Finance Minister Magdalena Andersson is coy about exactly what advice she gave her Canadian counterpart, Bill Morneau, on producing a gender-sensitive budget.

But a quick scan of Tuesday's budget suggests it was heavily inspired by Sweden's three years of gender-responsive budgets.

There is Ottawa's gender-based analysis of every single proposed program or tax initiative. There is the renewed focus on pay equity. There is also the use-it-or lose-it parental leave benefit aimed at compelling men to shoulder more of the newborn-related time away from work.

While some people in Sweden say the country has a long way to go before full equality, they're proud that the Swedish model may have inspired Canada's government. Few countries are more qualified.

Like other Nordic countries, Sweden has long been a study in pushing the envelope when it comes to striving for gender equality, with a rich legacy of government-led initiatives for other countries to emulate.

This is a country that has had a gender-equal government since 1992. In the World Economic Forum's annual Global Gender Gap report, Sweden has never ranked lower than fifth in terms of overall gender equity. Last year, Canada ranked 16th.

Swedish municipalities also use gender analysis in their budgets. For example, some cities, including Stockholm, prioritize snow removal from sidewalks over streets because women are more likely to walk, cycle or take public transport than men.

Andersson's self-described feminist government formally introduced gender budgeting nationally after taking power in 2014. And it is in those initiatives that Morneau seems to have found some inspiration.

"Well, of course it was a private discussion," Andersson told CBC News about one of her latest conversations with Morneau, on the margins of the World Economic Forum's meeting in Davos back in January.

"I told him about the system in Sweden, not only when it comes to gender budgeting, but also the reforms that we made when it comes to parental leave, day care and all those issues that have promoted gender equality in Sweden."

Sweden's long experience with gender-sensitive budget initiatives shows there are some important lessons for Canada.

Notably, that such initiatives are not magic bullets. For example, while the government introduced father-specific leave back in the 1990s, Swedish men are still only taking a fraction of the time off work that women have.

So in its last budget, the government introduced an even bolder program, increasing the "Dad months" from two to three, which must be taken by a father, otherwise the family as a whole loses that time.

"We want, of course, for the fathers to take … a larger responsibility," said Andersson.

"It's still not gender equal," she said. "If women stay away from the labour market on parental leave, then this will affect their wages and their possibilities in the labour market … It affects their income."

Gender budgeting in Sweden has been generations in the making. Many initiatives had to be put in place decades earlier to make it possible, said Nyberg, including individual taxation and gender-separated data.

"It has been a long process, because it has not been very easy," she said.

Long before the Swedish government looked at budgets through a gender lens, the Swedish Women's Lobby did so. According to the group's secretary general, Clara Berglund, it was partly inspired by the UN conference on women held in Beijing back in 1995.

While the Swedish Women's Lobby sees some improvements in the government's ability to address gender disparities in its budgets, it says there are still many gaps between Swedish men and women that remain unaddressed — in income, labour opportunities and work conditions, for instance.

But the extra parental leave is one measure of which they approve.

"That's a perfect example of a reform that will increase overall gender equality in society — it's like a key to unlocking the gender pay gap, uneven distribution between responsibility for children and the home and everything," said Berglund.

Like many Swedes, she believes they should be even further ahead on gender equality. For instance, while nearly two-thirds of Swedish university graduates are women, the majority of professors are still male. And they tend to get more of the available research funding.

It's about having 'courage'

Gender budgeting is helping address some of those shortcomings, said Andersson.

"I'm certain we have distributed our resources in a fairer way than we [would] have done otherwise," she said.

That includes on reforms for single parents and pensioners, most of whom are women.

So what advice would Sweden give to Canada as it embarks on what appears to be a similar path? Berglund advised the Canadian government "to have the courage to do the really big reforms."

Nyberg said it's key that the government has all its data — on everything from income to family size — separated by sex. She said that is crucial to ensuring gender budgeting decisions are sound.

She also pointed out that any gains made by gender budgeting are not guaranteed in a system where governments change hands.

"You cannot be sure that you are going in the right direction all the time," she said.

Andersson similarly cautioned that gender budgeting is just one tool, and that it alone cannot solve problems of equity without political will.

"I hope we can share the experiences we have, both the good ones and the not quite as good. I hope we can spread lessons we have learned and be inspiration to others," she said.

Equality, she said, "is part of the DNA of the Swedish model." 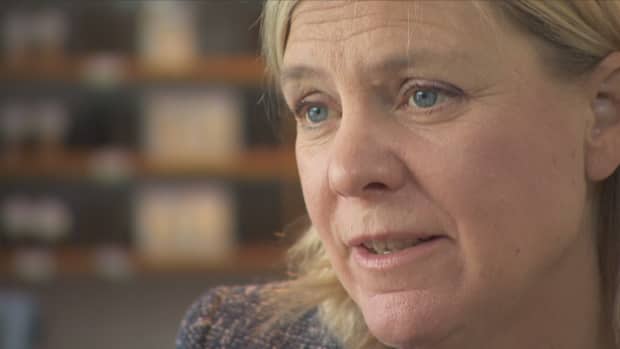 Gender equality in budgeting: How Canada can learn from Sweden

3 years ago
3:24
Gender equality in budgeting was a big theme for the Canadian government in 2018 with new measures announced to close the gender gap — and with that in mind, there's lots that Canada can learn from Sweden. Sweden has never ranked lower than fifth in the world for equality and has closed more than 81 per cent of the gender gap. 3:24