A member of the Saudi Air Force visiting the United States for military training was the suspect in a shooting attack at a U.S. navy base in Florida in which four people were killed and eight were injured on Friday, the state governor and other officials said.

Suspect was attending training at base as part of Navy program open to U.S. allies

A member of the Saudi Air Force visiting the United States for military training was the suspect in a shooting attack at a U.S. navy base in Florida in which four people were killed and eight were injured on Friday, the state governor and other officials said.

Four people including the shooter were killed in the episode at Naval Air Station Pensacola, the navy and local sheriff's office said, the second deadly shooting at a U.S. military installation this week.

Florida Gov. Ron DeSantis confirmed that the suspect was a Saudi national attending training at the base as part of long-standing navy program open to U.S. allies. The motive for the violence was still under investigation.

"There is obviously going to be a lot of questions about this individual being a foreign national, being a part of the Saudi Air Force and then to be here training on our soil," DeSantis said at a news conference on Friday. "

The government of Saudi Arabia needs to make things better for these victims. They are going to owe a debt here, given that this was one of their individuals," he said.

The suspect fired a handgun in the attack, which played out over two floors in classroom building at a base whose main function is training. 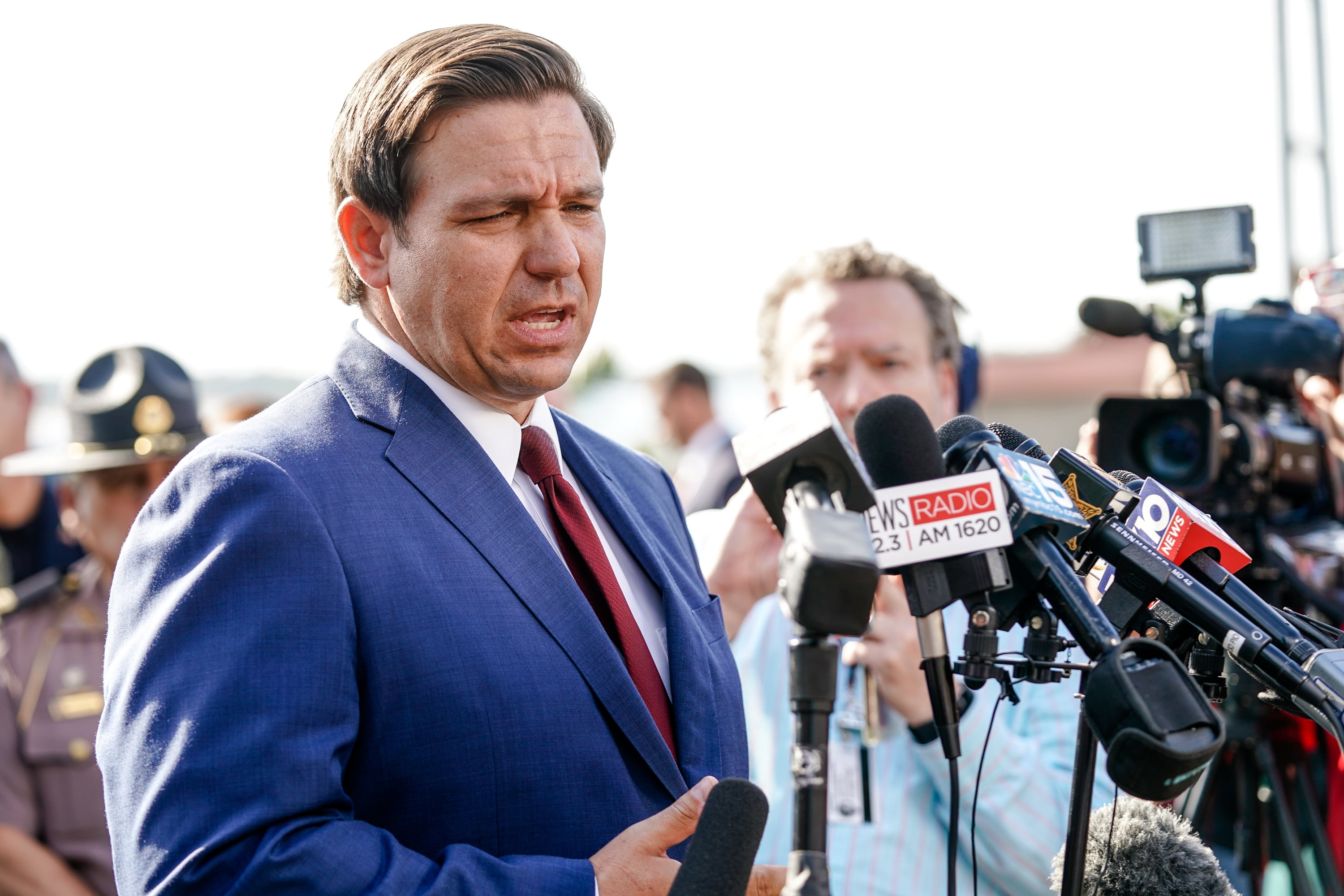 1 year agoVideo
1:59
The suspected shooter involved in a deadly incident on Friday at a major U.S. navy base in Florida was believed to be a Saudi national in the United States for training, Florida Gov. Ron DeSantis confirmed. 1:59

"Walking through the crime scene was like being on the set of a movie," Sheriff David Morgan said.

The first reports of an "active shooter" on the base came through to the Escambia County sheriff's office at about 6:51 a.m. local time, officials said.

A few minutes later, a sheriff's deputy fatally shot the shooter in a classroom on the base, Morgan said.

In recent weeks, 18 naval aviators and two aircrew members from the Royal Saudi Naval Forces were training with the U.S. navy, including a stint at Pensacola, according to a Nov. 15 press release from the Navy. It was not clear if the suspected shooter was part of that delegation.

The delegation came under a navy program that offers training to U.S. allies, known as the Naval Education and Training Security Assistance Field Activity.

The Saudi trainees went "through the same student naval aviator or aircrew training that their U.S. navy counterparts experience," the press release said.

King Salman of Saudi Arabia just called to express his sincere condolences and give his sympathies to the families and friends of the warriors who were killed and wounded in the attack that took place in Pensacola, Florida....

According to a statement from the Saudi Embassy in Washington, Salman has directed his security services to co-operate with U.S. investigators.

"His Majesty affirmed that the perpetrator of this heinous crime does not represent the Saudi people, who count the American people as friends and allies," the statement said. The king "directed Saudi security services to cooperate with the relevant American agencies to uncover information that will help determine the cause of this horrific attack."

Two sheriff's deputies were injured, one shot in the arm, the other in the knee, but both were expected to survive, officials said at the news conference. 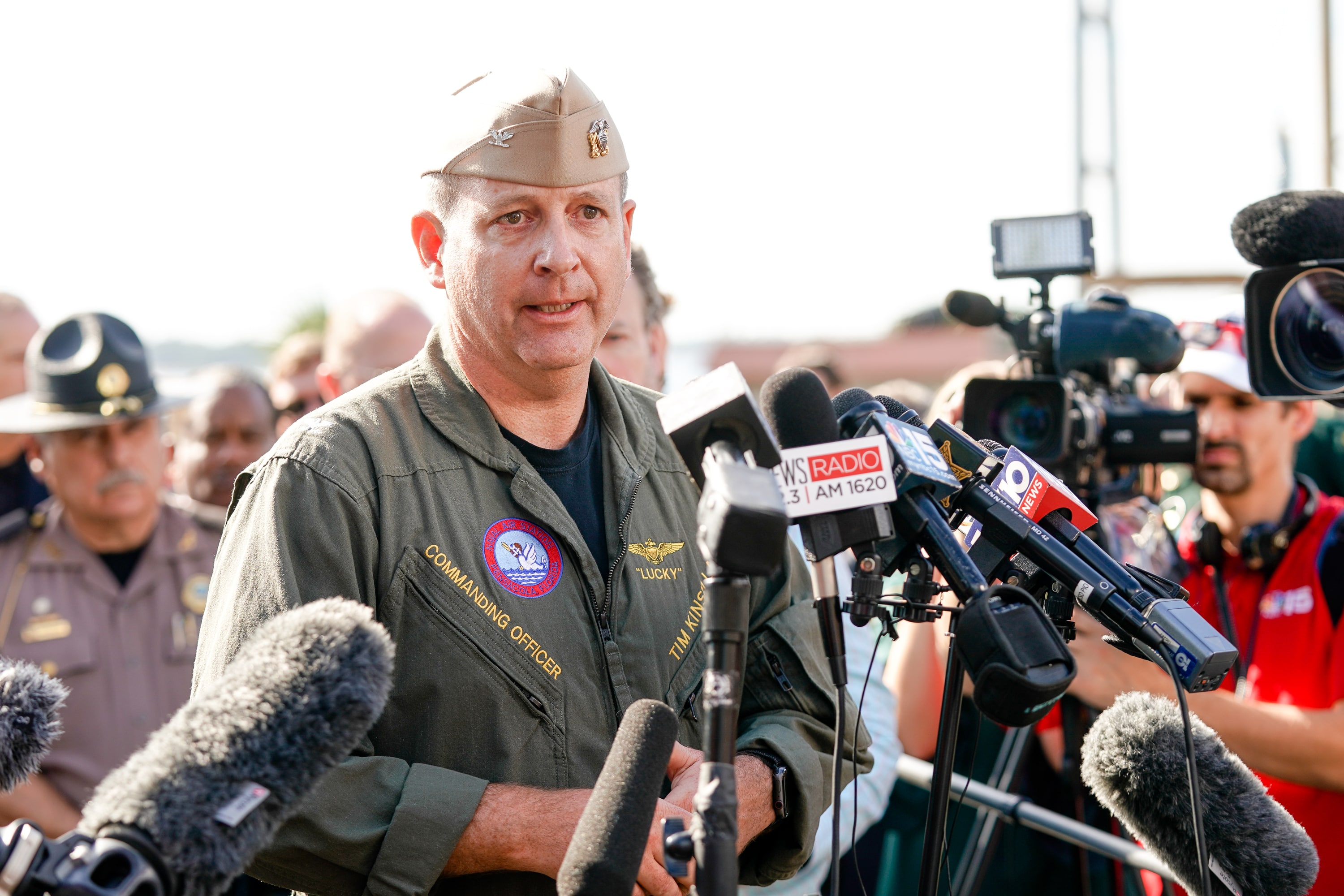 1 year agoVideo
2:05
A member of the Saudi Air Force visiting the United States for military training was the suspect in a shooting attack at a U.S. navy base in Florida in which four people were killed and eight were injured on Friday, the state governor and other officials said. 2:05

Sheriff's officials said one of the three victims died after being taken to the hospital, but it was unclear whether that victim was one of the eight who arrived at Baptist. Bowers declined to say.

While military bases house the nation's most powerful armaments, military personnel normally are restricted from carrying weapons on base unless they are part of their daily duties. Nonetheless U.S. military bases have seen deadly mass shootings before, including one in Fort Hood, Texas, in 2009 that left 13 dead and one at the Washington Navy Yard in 2013 that killed 12.

NAS Pensacola employs more than 16,000 military and 7,400 civilian personnel, according to its website. One of the navy's most historic and storied bases, it sprawls along the waterfront southwest of downtown Pensacola and dominates the economy of the surrounding area.

Pensacola Mayor Grover Robinson said at the news conference that the base is "an incredibly important part of our community."

"We're a military town," he said. "Our hearts and prayers are connected to all of those that serve us every day."

Escambia County Commissioner Jeff Bergosh, who works at the Naval Air Station as a civilian contractor, told the Pensacola News Journal he was in line to go through the gate Friday morning when it was shut down due to the active shooter report.

"There's probably been 100 or so various law enforcement vehicles zooming down the wrong side on Navy Boulevard," Bergosh told the newspaper. "There's been ambulances, fire trucks. It's my understanding there's multiple casualties.

On Wednesday, a sailor shot three civilians at the historic Pearl Harbor military base in Hawaii, killing two of them before taking his own life.