Can Florida save the U.S. from an election night meltdown?

As Americans face this fall full of uncertainty over questions of election legitimacy and a delayed result, the sunshine state could provide a path to election night clarity.

Trump said he has confidence in Florida's mail-in voting system, but state has history of contentious recounts

If — and it's a big if — Democratic presidential candidate Joe Biden delivers a clear win in Florida on Nov. 3, it's pretty much game over for U.S. President Donald Trump's chances for re-election.

If not, many chaotic ballot-counting scenarios and challenges could ensue.

As Americans face this fall full of uncertainty over questions of election legitimacy and a delayed result, the sunshine state could provide a path to election night clarity.

But will the result even be known on election night?

There's a lot riding on a state known for its razor-thin election margins and the notorious hanging chad recount fiasco of 2000. It also was the site of statewide recounts for several of the races in the 2018 midterm elections after margins too close to call.

"We are praying for a clear decision on election night," said Brad Ashwell from his Tallahassee, Fla., office of All Voting is Local, a group working to eliminate discriminatory barriers to voting.

"Whoever wins, I hope they win by a long shot. It would be wonderful to avoid a recount, for one. And everyone is still recuperating from 2018 and from 2000."

Trump, who carried Florida by 113,000 votes in 2016, has for months been calling into question the legitimacy of this election, focusing mainly on the increased use of mail-in ballots amid the COVID-19 pandemic.

"With universal Mail-In Voting … 2020 will be the most INACCURATE & FRAUDULENT Election in history," he tweeted in July, though Trump and some of his officials have voted by mail in past elections.

But Trump has changed his messaging on mail-in voting in Florida — perhaps recognizing its potential — in the battleground state.

"Whether you call it Vote by Mail or Absentee Voting, in Florida the election system is Safe and Secure, Tried and True. Florida's voting system has been cleaned up.... I encourage all to request a Ballot & Vote by Mail!" he tweeted in August.

Whether you call it Vote by Mail or Absentee Voting, in Florida the election system is Safe and Secure, Tried and True. Florida’s Voting system has been cleaned up (we defeated Democrats attempts at change), so in Florida I encourage all to request a Ballot &amp; Vote by Mail! <a href="https://twitter.com/hashtag/MAGA?src=hash&amp;ref_src=twsrc%5Etfw">#MAGA</a>

A clear win for Biden in Florida on election night could take some of the steam out of Trump's objections, say Democrats, such as former Obama campaign manager David Plouffe and David Axelrod, Obama's former senior adviser.

"It is almost a checkmate in the electoral college," Plouffe said in a recent podcast, "but also in terms of preventing Trump's histrionics."

WATCH | Canadian ambassador on what's at stake for Canada in the U.S. election: 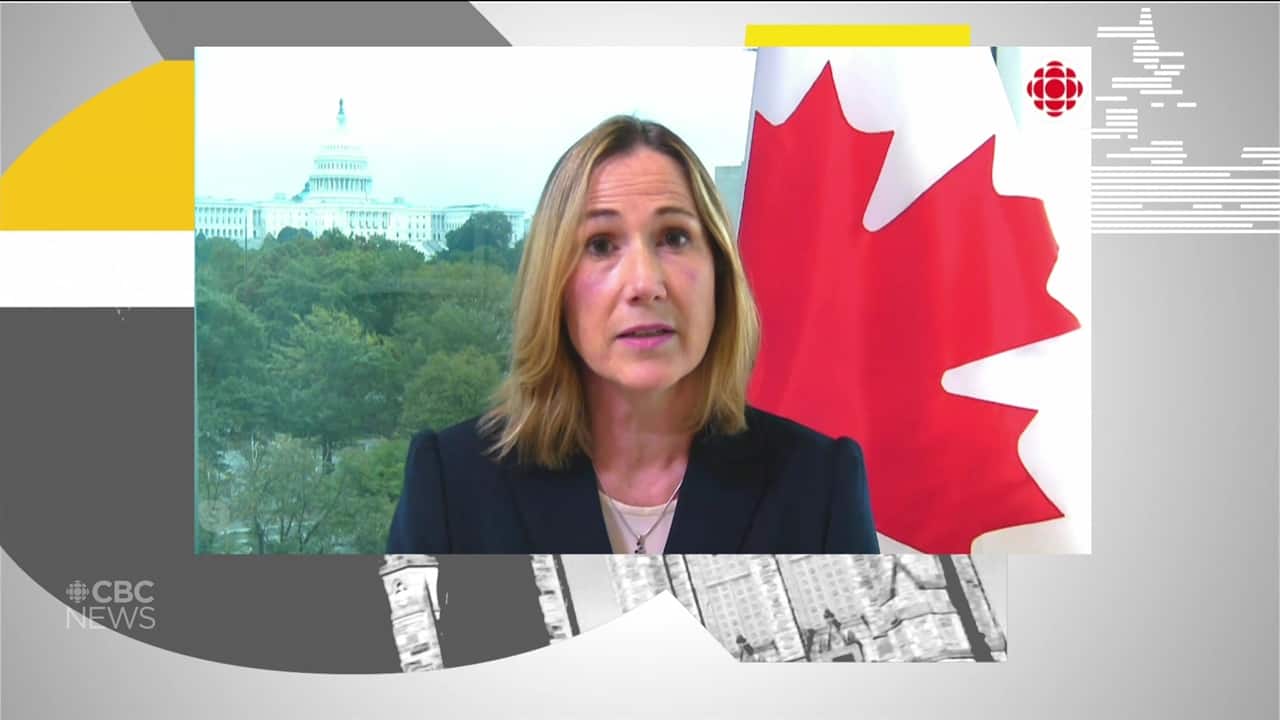 2 months ago
13:01
'I've spent most of my career sitting across the table from Americans and what I know is this — it's a deep and broad relationship' 13:01

Florida could "save the country a lot of grief," Axelrod told Plouffe on his Campaign HQ podcast. "If Biden is going to win, it would be really helpful for the country if Florida delivered a verdict in his favour early."

Axelrod noted that Florida has a recent track record of dealing successfully with mail-in voting.

In August, when the state held its primary during the pandemic, mail-in ballots were, for the most part, counted and reported efficiently.

Still, Ashwell, of All Voting is Local, worries Trump may find a way to challenge the result even if Florida is declared a clear Biden win.

Florida is a state that has had its issues when it comes to elections. There have been allegations of voter suppression. There were the 2018 midterm election recounts and, of course, the recount in 2000, which took weeks and ended up in the Supreme Court.

Florida is the state with the largest number of voters to have requested mail-in ballots to date, at just over 4.7 million as of Wednesday — already surpassing the number requested in the 2016 election.

Florida state officials can begin processing and verifying those ballots 22 days before election day while some other states, including some key swing states, have to wait until Nov. 3. Already at least one of those states — Michigan — is saying it may take days to count its ballots and report them.

Still, at least two experts are confident Florida will have a solid result on election night.

"We are going to know the result that same night," said Fernand Amandi, of Bendixen & Amandi, a public opinion and strategic communications firm in Miami.

"Whether it is by midnight or one or two in the morning. That can help set the narrative and prevent President Trump [trying to] claim a delegitimized outcome — if Biden can win Florida and win it conclusively."

Michael McDonald, a professor of political science at the University of Florida specializing in elections, agrees. He said the state has a "high-volume mentality."

"We're very familiar with how to process a large number of mail ballots," he said. "Florida is going to be able to count the ballots pretty quickly."

Still, he said, it's prudent to forewarn people.