A former FBI lawyer will plead guilty to making a false statement in the first criminal case arising from U.S. Attorney John Durham's investigation into the probe of ties between Russia and the 2016 Trump campaign.

A former FBI lawyer will plead guilty to making a false statement in the first criminal case arising from U.S. Attorney John Durham's investigation into the probe of ties between Russia and the 2016 Trump campaign.

The case against Kevin Clinesmith is likely to be cheered by President Donald Trump and his supporters as they look to the Durham investigation to lift Trump's wobbly re-election prospects and to expose what they see as wrongdoing as the FBI opened an investigation into whether the Trump campaign was co-ordinating with the Kremlin to sway the outcome of the 2016 election.

Clinesmith is being charged in federal court in Washington and is expected to plead guilty to one count of making a false statement, his lawyer Justin Shur told The Associated Press.

The Durham investigation, which is also examining the intelligence community's assessment about Russian election interference, has caused deep concern among Democrats, who view it as a politically charged exercise meant to relitigate an already closed investigation and fear criminal charges or public reports issued so close to the 2020 election could be timed to affect November's vote.

The investigation has proceeded alongside a parallel effort by Senate Republicans to discredit the Russia probe and as Attorney General William Barr has escalated his own criticism of the FBI's probe.

Barr foreshadowed the legal action in a Fox News Channel interview on Thursday night in which he said there would be a development Friday that was "not earth shattering" but would be an indication that the investigation was moving along.

Justice Department policy directs prosecutors not to take investigative steps for the purpose of affecting an election and frowns upon taking public actions in the weeks before an election. But Barr has said he did not feel constrained by that policy in part because the presumptive Democratic presidential nominee, former vice-president Joe Biden, is not a target of Durham's investigation, and Barr has signalled that he will look to make Durham's findings public before the election.

Clinesmith was referred for potential prosecution by the department's inspector general's office, which conducted its own review of the Russia investigation.

That review found that the Russia probe was opened for a legitimate reason and did not find proof of political bias, but it also concluded that the FBI made significant errors and omissions as it applied for secret national security warrants to eavesdrop on former Trump campaign adviser Carter Page.

Specifically, the inspector general accused Clinesmith, though not by name, of altering an email about Page to say that he was "not a source" for another government agency. Page has said he was a source for the CIA. The Justice Department relied on that assertion as it submitted a third and final renewal application in 2017 to eavesdrop on Page under the Foreign Intelligence Surveillance Act (FISA).

Clinesmith told the inspector general that from his conversations he did not understand Page to be a source, or a "recruited asset," or to have a direct relationship with another government agency. But that relationship was seen as something important to disclose to the FISA court, especially if Page was being tasked by the government to have interactions with Russians.

"Kevin deeply regrets having altered the email," Shur said. "It was never his intent to mislead the court or his colleagues, as he believed the information he relayed was accurate, but Kevin understands what he did was wrong and accepts responsibility."

Durham is the U.S. attorney for Connecticut and a veteran prosecutor with a history of special assignments from Washington. Former Attorney General Eric Holder selected him during the Obama administration to investigate the CIA's harsh interrogation techniques of terror suspects and the destruction of videotapes documenting that interrogation.

Barr appointed Durham just weeks after special counsel Robert Mueller concluded his nearly two-year investigation. Mueller found significant contacts during the 2016 campaign between Russians and Trump associates but did not allege a criminal conspiracy between them.

The report outlined several instances in which the campaign welcomed attempts by Russians and other outside actors, including WikiLeaks, to produce damaging information on Trump opponent Hillary Clinton. 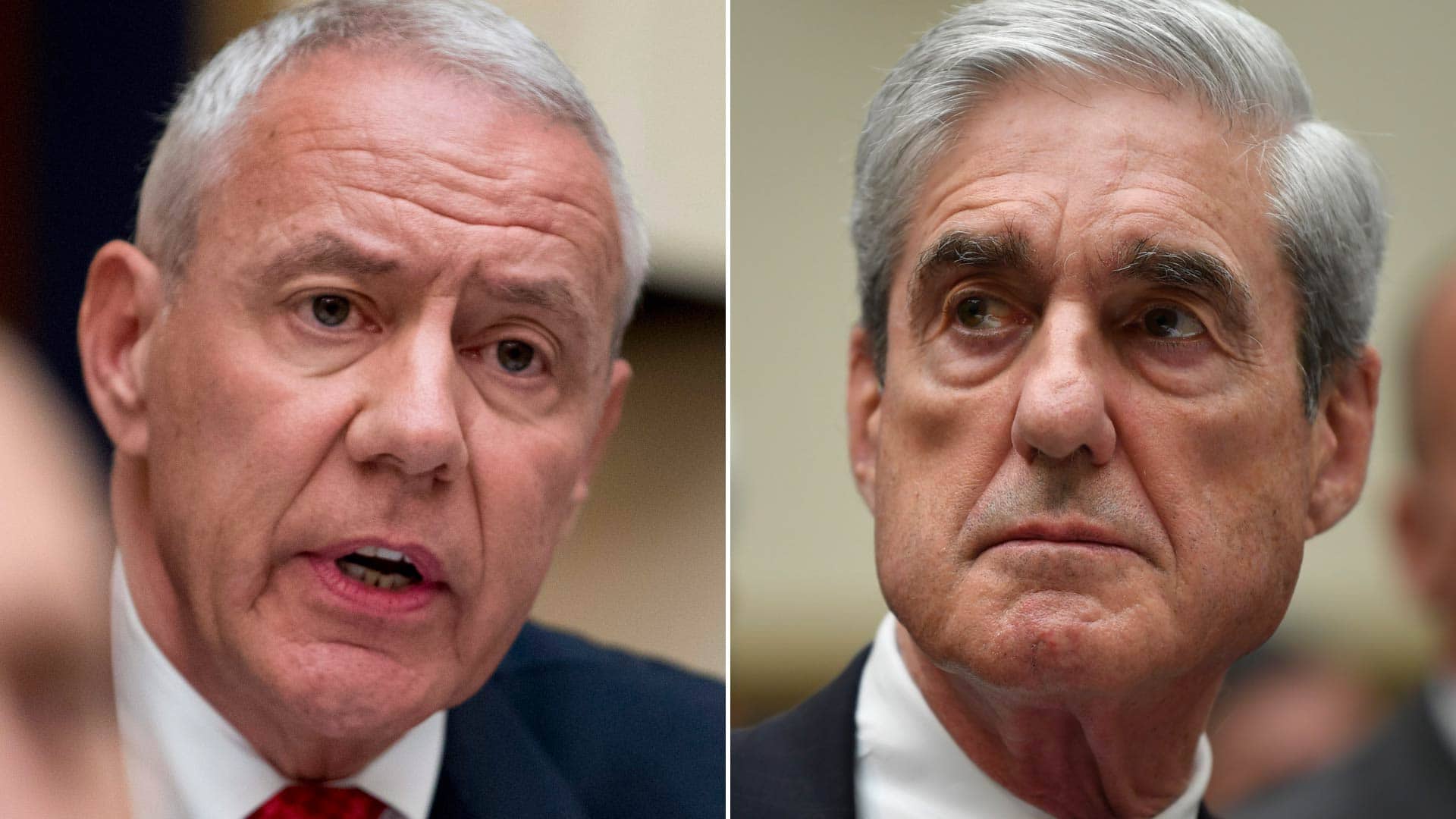 Trump could be charged out of office

1 year agoVideo
1:34
Republican Rep. Ken Buck asks former special counsel Robert Mueller whether he believes his investigation turned up evidence that could be used to charge U.S. President Donald Trump with a crime after he leaves office. 1:34

Mueller also examined multiple episodes in which Trump sought to affect or choke off the Russia investigation, but he did not reach a conclusion on whether Trump had obstructed justice. But in a subsequent exchange with a Republican congressman in his lone appearance on Capitol Hill to testify about his report, Mueller said he believed there was enough evidence to charge Trump with a crime — specifically, obstruction of justice — had he not been president.

Barr signalled his skepticism with the Russia investigation right away, concluding that Trump had not obstructed justice even though Mueller had pointedly left that question unresolved.