What's behind the farmers' protests that are blocking highways in India

Tens of thousands of farmers in India have been blockading main highways around New Delhi for two weeks — part of a much wider two-month-long protest by farmers across the country. 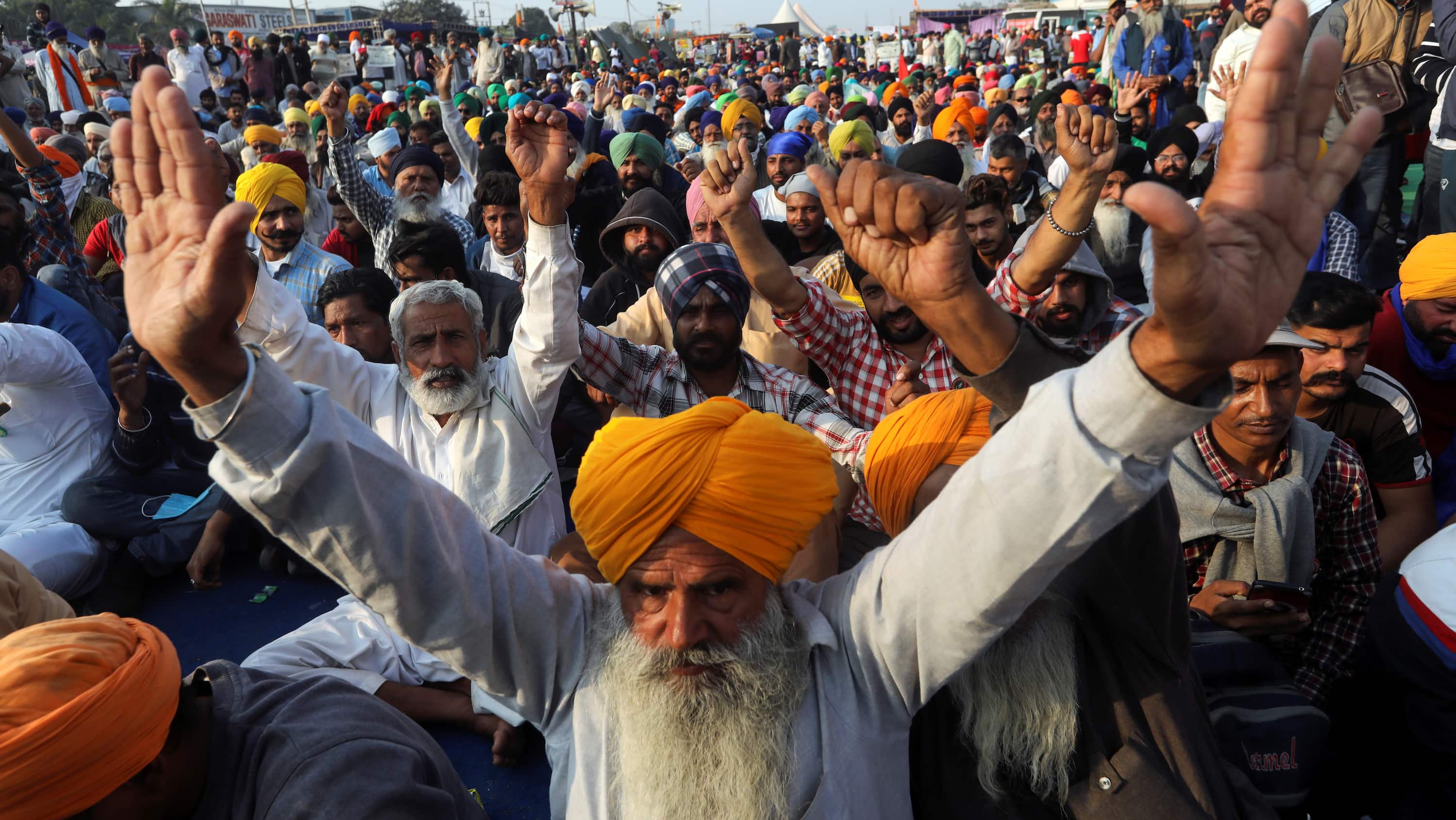 Tens of thousands of farmers in India have been blockading main highways around New Delhi for two weeks — part of a much wider two-month-long protest by farmers across the country.

More than half of India's workforce is involved in farming. While the sector once accounted for a third of India's gross domestic product, it now accounts for only about 17 or 18 per cent of the country's $2.9 trillion US economy, according to India's Economic Survey 2017-2018.

The farmers are angry about three agricultural reform laws the Indian government passed earlier this fall.

The government says the new laws will make the sector more efficient, allowing farmers to market their produce and boost production through private investment.

The farmers say they will deregulate crop prices and devastate their earnings.

The unrest is being closely watched by many people in Canada who have roots in India's Punjab and Haryana states and still own property there.

Rallies in support of farmers have been held in several Canadian cities, and Prime Minister Justin Trudeau attracted attention by wading into the debate last week.

When did the protests begin?

Farmers have been protesting the laws for nearly two months in the northern states of Punjab and Haryana.

The situation escalated two weeks ago when tens of thousands marched to New Delhi, where they clashed with police and set up protest camps.

They continued to block key highways this week, with protest leaders announcing a new blockade for this Saturday and a nationwide shutdown of businesses next Monday unless their demands are met.

"We will not allow the government to change the rules because they want to hurt farmers' income by filling the pockets of big companies," Gurwinder Singh, a 66-year-old farmer from Punjab told Reuters. Punjab is known as the food bowl of India.

India's government on Thursday offered to meet again with protest leaders, but rejected their demand to repeal the laws.

Agriculture Minister Narendra Singh Tomar told reporters that the government is willing to amend the new laws to allay the farmers' concerns, and they "should give up their insistence on scrapping" them.

Five round of talks since November have failed to produce a breakthrough, with the farmers insisting on their demand that the laws be repealed.

What are the key concerns?

The government of Narendra Modi enacted three agricultural reform laws in September. The reforms loosened rules around the sale, pricing and storage of farm produce that have protected farmers from an unfettered free market for decades.

The government says the laws bring about necessary reform that will allow farmers to market their produce and boost production through private investment.

Upon passage of the bills, Modi tweeted that they would "add impetus to the efforts to double income of farmers and ensure greater prosperity for them."

For decades, the Indian farmer was bound by various constraints and bullied by middlemen. The bills passed by Parliament liberate the farmers from such adversities. These bills will add impetus to the efforts to double income of farmers and ensure greater prosperity for them.

Farmers say they were never consulted.

Most farmers currently sell the bulk of their produce at government-controlled wholesale markets, known as mandis.

Critics say the bills create an undemocratic mechanism where bureaucrats would become arbitrators to settle any contract disputes between farmers and buyers, rather than civil courts.

They also say that in the absence of better infrastructure like climate-controlled storage facilities, proper roads and reliable irrigation and power supply, removing middlemen will not be helpful to the farming sector.

Anmol Singh, 33, who supports his family of six by farming, told The Associated Press he believes the new laws are part of a larger plan to hand over the farmers' land to big corporations and make them landless.

"Modi wants the poor farmer to die of hunger so that he can fill the stomachs of his rich friends," he said. "We are here to fight his brutal decrees peacefully."

What kind of living do farmers currently make?

According to a 2016 survey by the National Bank for Agriculture and Rural Development, a farmer in India earned about 9,000 rupees a month (about $155).

More than half of India's farmers are in debt. According to India's National Crime Records Bureau, 10,281 killed themselves in 2019.

Many factors are believed to contribute to farmer suicides, including poor crop yields, financial devastation or debt, and a lack of community support.

If you are thinking of suicide or know someone who is, help is available nationwide from Crisis Services Canada by calling toll-free 1-833-456-4566 or texting 45645 between 4 p.m. and midnight ET.

Why are many people in Canada watching this closely?

Many people living in Canada come from or have family in the northern Indian states where farmers have been protesting, as well as own property there.

This past weekend, hundreds of people gathered in front of the Indian consulate in downtown Toronto to show their support for the farmers in India.

Car rallies have also been organized in cities like Vancouver, Calgary and Charlottetown to show solidarity.

Last week, Trudeau voiced concern over the Indian government's response to the protests. "We believe in the importance of dialogue and that's why we've reached out through multiple means directly to the Indian authorities to highlight our concerns," he said.

That elicited anger from an Indian foreign ministry spokesperson, who called his comments "ill-informed."

Trudeau reiterated his support a few days later, saying "Canada will always stand up for the right of peaceful protest anywhere around the world and we're pleased to see moves toward de-escalation and dialogue."