Michigan doesn't have LGBTQ hate crime laws. This advocacy group hopes to change that — 1 court case at a time

A Michigan group that works with police and the justice system to advocate for victims of violence targeted because of their sexual orientation or gender identity has taken on new resonance north of the border in the wake of the Bruce McArthur case, which brought to light gaps in relations between the LGBTQ community and police.

This story is a companion piece to The Village, the latest season of CBC's true crime podcast Uncover, with host Justin Ling. The podcast explores the investigation into serial killer Bruce McArthur and unsolved homicides in Toronto's LGBTQ community.

Last February, prosecutor Jaimie Powell-Horowitz stood in a small Detroit courtroom and admonished the defence lawyer over his treatment of her witness.

It was the preliminary hearing of Albert Weathers, a Michigan pastor accused of murdering a transgender female sex worker named Kelly Stough. Powell-Horowitz suggested attorney David Cripps had crossed a line by asking Kyra Butts, a trans woman and friend of the victim, to list all of the names she goes by.

"That is extremely insensitive and inappropriate," Powell-Horowitz told the court. "Mr. Cripps is using this as an intimidation tactic. He knows that this witness goes by Kyra. At this point, he's seeking to embarrass and humiliate her."

Cripps denied the accusation, but the exchange illustrated Powell-Horowitz's heightened awareness of any line of questioning she thinks could be construed as disrespectful to her witness and the transgender community.

Having that awareness is part of her role as a special prosecutor with the Fair Michigan Justice Project, which helps investigate and prosecute cases involving lesbians, gays, bisexuals and transgender people, especially when they could be hate-motivated crimes.

This mandate has resonance in Canada, particularly in Toronto, after the conviction of Bruce McArthur, who pleaded guilty earlier this year to the murders of eight men, seven of whom had ties to the city's LGBTQ community.

The disappearances of gay men in Toronto in recent years had sparked anger in the community. Some felt that police had not taken concerns about their safety seriously enough — the same issue the Fair Michigan Justice Project is trying to address.

Supporters of the project say it makes it possible for LGBTQ witnesses to feel comfortable enough to testify.

"Without Fair Michigan, you would not have seen Kyra on [the] stand," said Lilianna Angel Reyes, second stories director of the Detroit-based Ruth Ellis Center, which provides accommodation and support services for at-risk LGBTQ youth.

Uncover47:37S3 E9: The Justice Project
The Village, Bonus Episode - Trans women of colour in Detroit are confronting an epidemic of violence with the support of The Justice Project, a task force that investigates and prosecutes serious crimes against LGBTQ people. After aspiring designer and dancer Kelly Stough is murdered in Detroit, they take on her case. 47:37

Powell-Horowitz told CBC the mission of the project is not just to get guilty verdicts.

"It's making sure that the people who are dealing with the criminal justice system are treated with respect, and feel like they are listened to."

The Fair Michigan Justice Project was launched in 2016 by Dana Nessel, Michigan's attorney general and the first openly gay politician in the state. In a 2018 interview with NBC News, she said she formed the group after she became aware of "the exponential rise in hate crimes … especially against the LGBT community."

Nessel said "many" of these incidents "were not being solved, not being charged, and certainly, there were no convictions."

The Fair Michigan team also includes special investigator Vicki Yost and Julisa Abad, a trans woman of colour and former sex worker who serves as a victims' advocate and the project's liaison with the LGBTQ community.

The group claims to have a 100 per cent conviction rate so far and hopes to also win the Weathers case.

Weathers is accused of shooting Stough, 36, during an altercation in the city's Palmer Park neighbourhood on Dec. 7, 2018. In an interview with police, Weathers claimed Stough was trying to rob him and that he acted in self-defence. He also told them his gun went off accidentally. The Wayne County prosecutor's office said evidence about the role of Stough's gender identity in her death will be presented in court.

Michigan's constitution does not have explicit protections that cover discrimination based on sexual orientation or gender identity. Although perpetrators who commit violence against the LGBTQ community cannot be charged with a hate crime per se, Fair Michigan treats the cases as such.

"Because that's what they are," said Powell-Horowitz.

Crimes that Fair Michigan has prosecuted include one in which a man assaulted a victim with a firearm while filming it, stating that he hated gay black men; and a woman who discovered her teenage daughter was seeing another girl and subsequently beat her while using anti-gay slurs.

Of the two dozen cases Fair Michigan has prosecuted, half of them involve victims who are transgender women.

According to a 2017 report by the National Coalition of Anti-Violence Programs, of the 28 reported hate violence homicides across the U.S. (not including the Pulse nightclub shooting in Orlando),  68 per cent were of transgender and gender nonconforming people and 61 per cent were transgender women of colour.

Reyes said that for years, law enforcement in Michigan ignored crimes against the LGBTQ community, which made community members reluctant to come forward.

Abad said when Fair Michigan started out, LGBTQ community members were reluctant to reach out to Powell-Horowitz, a white non-trans woman.

"They felt [she] wouldn't understand their struggle and probably wouldn't have their best interest at heart," Abad said.

It took a lot of convincing, but community members came around.

"Now, I show up, and they talk to me," Powell-Horowitz said. "They know we're going to take it seriously, that we're getting the results."

One of the problems Powell-Horowitz uncovered while going through cold cases and old police files was that officers were often misgendering victims. Something as simple as not being addressed by the proper pronoun can dissuade witnesses and victims from co-operating with law enforcement.

Wanting to be taken seriously

In Toronto, advocates have long been flagging cases involving LGBTQ victims that didn't get the attention they deserved.

In the summer of 2017, Alloura Wells, a 27-year-old homeless transgender woman, disappeared. Her body was found a month later, but her remains were not identified until months after.

Police were also accused of not acting swiftly enough to investigate the disappearances of men in the city's Gay Village neighbourhood.

In January 2018, after months of speculation, police arrested Bruce McArthur and laid the first two of what would eventually be eight first-degree murder charges.

Ward welcomed this development but remained dismayed at how the cases had been handled.

"There is no virtue in saying, 'Yes, we were right, there was a serial killer' … There's no joy in that expression," Ward told CBC's Toronto radio program Metro Morning shortly after McArthur's arrest.

In March 2018, Toronto Police Chief Mark Saunders released a statement promising an independent review that would "consider not only our investigative processes but take a hard look at systemic issues of bias of any kind."

Ward, who was not familiar with the Fair Michigan initiative, said it seemed like a good idea but pointed to some serious systemic constraints.

For example, she said, no matter how good a prosecutor like Powell-Horowitz is, significant change in Michigan will only come when it "becomes unlawful to treat some humans differently from other humans merely because of their birth differences."

Canada's Human Rights Act and the Criminal Code include sexual orientation and gender identity as categories of people protected from discrimination. According to Statistics Canada, crimes targeting people on the basis of sexual orientation accounted for 10 per cent of all police-reported hate crimes in 2017. The numbers rose from 176 incidents in 2016 to 204 in 2017.

Jean Turner, co-chair of Serving With Pride, an Ontario-based organization providing support for LGBTQ police officers, said that by and large, officers aim to be respectful.

"They want to do the right thing. But I think that sometimes, they just don't know what that is," she said.

Turner said one major issue is that attacks on LGBTQ people are underreported. A project like Fair Michigan in Canada could help remedy that.

In 2017, Detroit Police Chief James Craig helped raise the LGBTQ rainbow flag to kick off Pride month. The Detroit News reported that in a speech, he said that while the flag-raising was "a small gesture, it says a lot for our community: Detroit has got your back."

Craig, who became police chief in 2013, appointed Dani Woods as the department's first LGBTQ liaison officer. Woods, who is gay, said that since the start of Fair Michigan, there has been a significant change in how her community views law enforcement.

Woods said that in the past, "you're kind of rolling the dice, because you don't know if the police are going to do you justice."

Learn more about the Fair Michigan Justice Project in this CBC documentary: 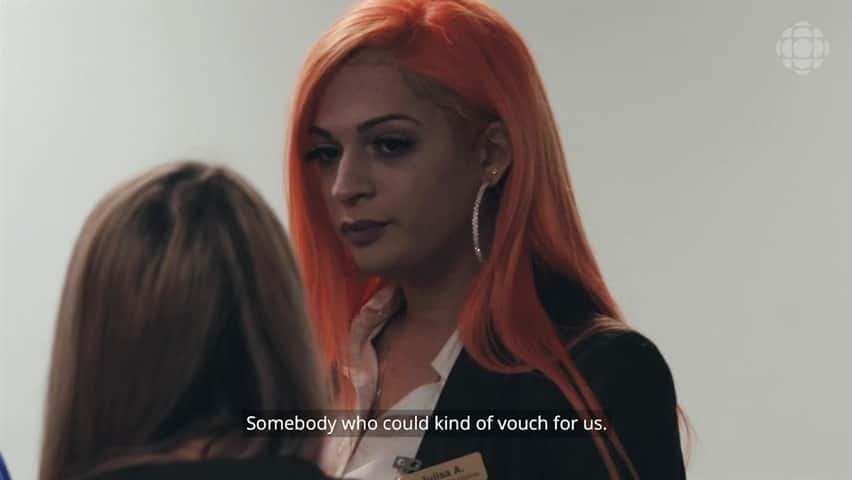 With files by The Associated Press