The Ethiopian Airlines pilot of the jet that crashed, killing 157 people, had reported flight-control problems, the company said on Wednesday as the disaster continued to rock the global airline industry.

Boeing announces it will temporarily ground all 737 Max models

The Ethiopian Airlines pilot of the jet that crashed, killing 157 people, had reported flight-control problems, the company said on Wednesday as the disaster continued to rock the global airline industry.

The Boeing 737 Max 8 went down six minutes after takeoff from Addis Ababa en route to Nairobi, killing everyone on board, including 18 Canadians.

The investigation may focus on an automated anti-stall system that dips the aircraft's nose down.

Asrat Begashaw, a spokesperson for Ethiopian Airlines, told Reuters the pilot had reported flight-control problems — as  opposed to external factors such as birds — and had requested to turn back to Addis Ababa.

"In fact, he was allowed to turn back," he said.

The airline's CEO had previously said the pilot sent out a distress call, but did not provide further details.

Begashaw said the flight data and voice recorders will be sent to Germany for analysis, though Germany refuted this later Wednesday.

Germout Freitag, a spokesperson for Germany's Federal Bureau of Aircraft Accident Investigation (BFU), said, "This is a new type of aircraft with a new black box, with new software. We can't do it."

As workers continue to comb through the debris at the crash site Wednesday, Begashaw said that no bodies will be recovered because only charred fragments of victims remained. Officials have said it will take weeks to identify all of them using dental or DNA testing.

Watch as a former Boeing engineer reflects on the crash: 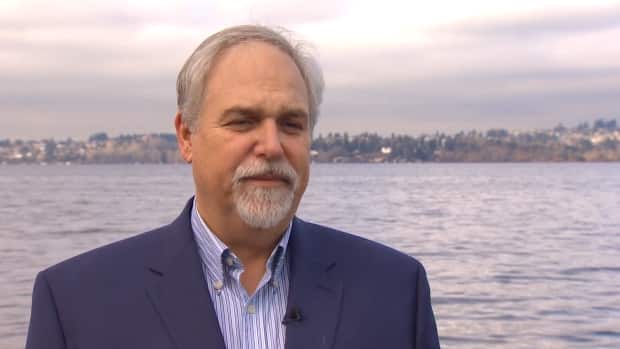 2 years ago
0:17
Peter Lemme, a satellite communications expert and former Boeing engineer who developed automatic flight controls for several aircraft series that preceded the 737 Max 8, says news of the recent crash has been "devastating" for Boeing employees. 0:17

The still unexplained crash followed another disaster involving a Boeing 737 Max 8 in Indonesia some six months ago that killed 189 people.

Though there is no evidence of links, the twin disasters have spooked passengers worldwide and triggered a global backlash against the 737 Max 8 aircraft.

U.S. President Donald Trump said on Wednesday that the United States would order the grounding of the aircraft, becoming the last major country in the world to do so. Until now, the U.S. Federal Aviation Administration had said it didn't have any data to show the jets are unsafe.

"We are going to be issuing an emergency order of prohibition to ground all flights of the 737 Max 8 and the 737  Max 9 and planes associated with that line," Trump told reporters at the White House.

The U.S. had held off grounding the jet based on assurances from Chicago-based Boeing and the U.S. Federal Aviation Administration.

Boeing said the investigation into the crash remains in its early stages. The company, which earlier said it had no basis to issue new guidance to operators announced late Wednesday it would temporarily ground its entire fleet 737 Max aircraft, which it said number 371 globally.

"We are supporting this proactive step out of an abundance of caution. Safety is a core value at Boeing for as long as we have been building airplanes; and it always will be. There is no greater priority for our company and our industry," it said in a statement, though said it has "full confidence" in the models.

Earlier Wednesday, Canada, which had been one of the last holdouts, announced a ban on the aircraft from its airspace.

Canada had held off grounding the plane until Wednesday, when Garneau said he received new satellite data that suggested similarities between the flight profiles of the Ethiopian jet and that of a Lion Air plane of the same type that crashed in Indonesia last year. Both planes crashed shortly after takeoff.

It is the first time since Sunday's crash that a regulator has taken a grounding decision after receiving new data, though there is still no data for now from inside the aircraft.

Air Canada and WestJet Airlines operate a total of 37 Boeing 737 Max 8 jets. Sunwing, which operates four Max 8s, said Tuesday it was suspending use of the jets but said the decision was not related to safety and was instead about "evolving commercial reasons" such as airspace restrictions imposed by some destinations.

India, Thailand, Egypt, Lebanon, Kosovo and Hong Kong also said Wednesday they were banning the Max 8 from their airspace, joining the U.K. and the entire European Union, among others.

In October, the same model crashed in Indonesia minutes after takeoff, killing 189 people and sparking concerns over automated flight systems.

Begashaw said the Ethiopian Airlines pilot had been trained on the plane after the October Lion Air crash.

"They were trained, the manual updated and simulator training was completed."

Begashaw said the airline would consider whether to proceed with an order for more 737 Max 8s after the preliminary investigation.

Boeing has nearly 5,000 more on order and says it plans to update the software in coming weeks.

In November, an incident was reported to the NASA-run Aviation Safety Reporting Database that involved difficulty controlling the 737 Max at low altitude just after takeoff with autopilot engaged, according to documents first published by the Dallas Morning News and verified by Reuters.

"We discussed the departure at length, and I reviewed in my mind our automation setup and flight profile, but can't think of any reason the aircraft would pitch nose down so aggressively," the first officer said in the report.

The pilot gave his account of the incident and wrote: "With the concerns with the Max 8 nose down stuff, we thought it appropriate to bring it to your attention."

Boeing did not respond immediately to a request for comment, but it has previously said it provided appropriate information to pilots to use an existing procedure to handle the issue of erroneous data affecting the anti-stall system.