'I've been stuck on March 10th': Families of Ethiopian Airline victims return to site a year after crash

Families and friends of Flight 302 victims are in Ethiopia at the invitation of the airline to mark the anniversary of the crash that claimed the lives of 157 people, including 18 Canadians. 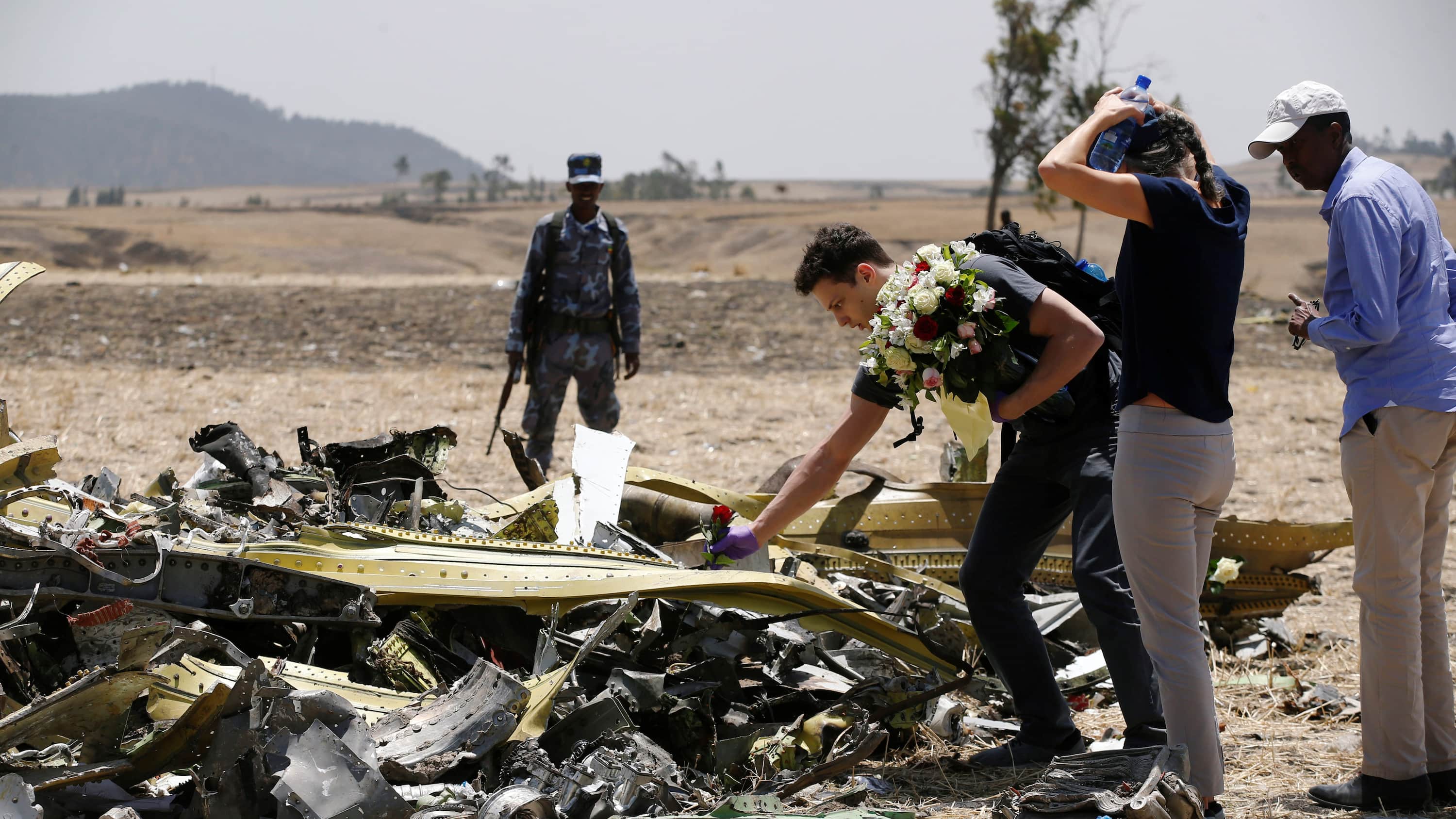 7 months ago
1:44
Canadian families have returned to the site where they lost loved ones. 1:44

The big crater in an African field has been filled in, no sign anymore of the huge gash where Ethiopian Airlines Flight 302 dove into the ground last March 10, killing 157 people including 18 Canadians.

The site near Bishoftu, Ethiopia, is now a dirt field, levelled and surrounded by an unfinished wooden fence and barbed wire.

A large white event tent stands out on the horizon as donkeys and cattle meander nearby.

A team of workers fans out, stooping to pick up small bits of wiring and mangled metal in one final sweep before the one-year memorial.

For the families, this place is a graveyard.

CBC News first met Njoroge in that field just days after the crash. He was in shock at the time.

'It's a sacred place'

"Now going back, knowing this is where the flesh of my family remains, you know, it's a sacred place."

Monday morning a convoy of busses carried hundreds of family members bumping along a rural road, improved since a year ago, widened and graded but still rocky in this remote farming area, two hours outside of Addis Ababa.

Families and friends of Flight 302 victims are here at the invitation of the airline for a three-day program of events, including counselling, embassy visits and dinners, to mark the sombre anniversary.

Arriving at the site, the families clutch photos, flowers and small candles. Many wear lanyards with laminated photos of their loved ones.

For a year they've thought about this day — turning the page on the calendar, but not on their grief.

"Very emotional," said Mohamed Ali, a businessman from Toronto who lost his sister, Amina Odowa, and his five-year-old niece, Sophia.

"It's a lot better than the first time when I came, of course, but still you get fresh memories of everything and it's overwhelming," he said. "And you see yourself sometimes, just crying on your own. I thought I was done with that path."

Many of the Canadian families and friends flew here on Ethiopian Airlines, on the same route as last year's flight, direct from Toronto to Addis Ababa. But a year ago their loved ones were making a connection on a short-haul flight to Nairobi.

It was just six minutes into that flight when airport officials say they lost contact with the plane. Pilots fought to control the Boeing 737 Max 8, which pitched perilously down and up, before it crashed at more than 950 km/h.

An interim report by Ethiopian investigators released Monday solely blamed Boeing for faulty sensor readings, which activated an anti-stall system that pointed the plane's nose down as pilots struggled to right it. The report made no reference to issues with pilot training or Ethiopian Airlines.

The site has been scoured multiple times for remains, but rains last summer dislodged bone fragments and a hiking boot worked its way to the surface.

Last fall, the Ethiopian government buried some coffins here, with remains too small to be positively identified.

'It's important for me to come here'

Police patrol the site turning back any media — "government rules," we're told. The memorial service is strictly closed to press.

But Canadian families openly share their feelings after a long year.

"I didn't even feel the seasons; I've been stuck on March 10th," said Clariss Moore, from Toronto, whose daughter Danielle, who lived in Winnipeg, was en route to an environmental conference in Kenya.

"It [the site] doesn't give me any comfort or anything, but I just wanted to see it again.

"We didn't really receive the whole part of Danielle. So it is important for me to come here and witness it and to be surrounded by other people who lost their loved one as well."

One year after the tragedy, much has changed and nothing has. This is the third trip for some families: the first, right after the crash, in shock; the second in the fall to retrieve remains; and now a painful marking of this day, one year ago.

Plans for a permanent physical memorial are slow-moving as families grapple with design and meaning in a process controlled by Ethiopian Airlines.

During meetings in January to plan this week's memorial events, every family member cried, the Wall Street Journal reported.

These one-time strangers from 30 countries are now woven together by the tragedy.

Many, like the Canadians, have become close, a community formed over a year of grief and advocacy. They've demonstrated on Capitol Hill and at Parliament Hill, and demanded hearings with Boeing, the FAA and Canadian Transport Minister Mark Garneau.

"It's a bond that I never expected, and it's incredibly powerful," said Roland Rehorn, whose daughter Angela died in the crash. "You have that closeness and we all share such a deep wound without speaking about it."

Boeing has struggled to get the 737 Max 8 ungrounded, and every step of the way the families' have worked to hold the airline accountable.

There are hundreds of lawsuits and several ongoing investigations into the plane, but the drip, drip of disturbing news about what Boeing knew — and when — has also kept the families on edge.

"It retraumatizes them every day," said Bob Clifford, a Chicago attorney representing many of the families who are suing Boeing. 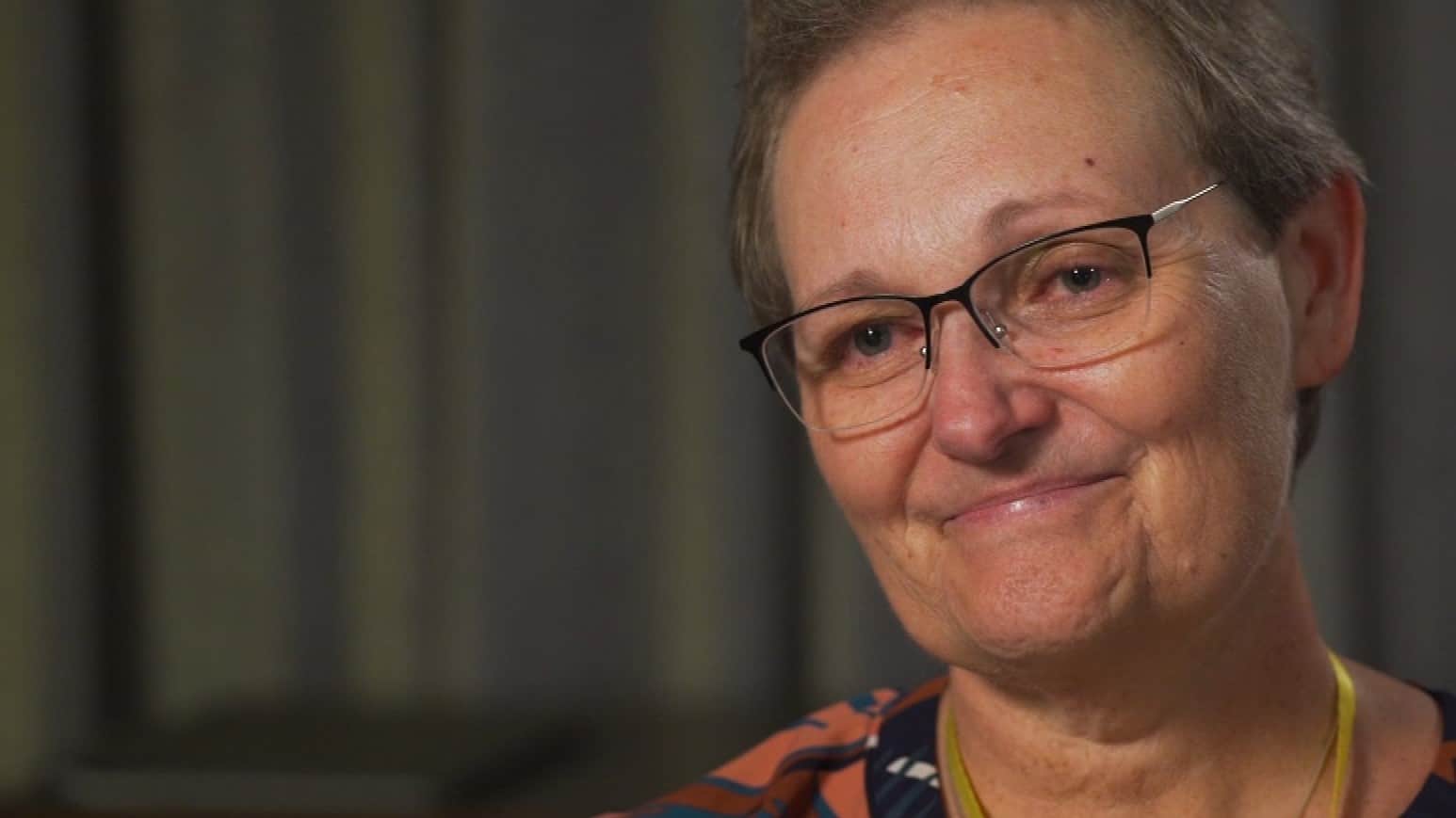 "Any of the neuropsychologists that we have retained will tell you that these families are suffering from PTSD, and a continued aggravation and exacerbation of their grieving process, and it interferes with the grieving."

Families of ET302 bear the burden that this crash could have been prevented if only another recent crash had grounded the Max 8 fleet.

Five months earlier, Lion Air 610 had a similar deadly pattern before crashing, killing 189 passengers and crew. Even though Boeing identified a problem, it determined it could be fixed before another deadly crash.

Preliminary investigations point to a number of factors including issues with the Max 8's flight control feature, MCAS, not revealed to pilots, and a faulty sensor, as well as inadequate oversight by the Federal Aviation Administration (FAA).

In addition to the Ethiopian report, an interim report by the U.S. House transportation committee released Friday said the FAA "failed in its duty to identify key safety problems." It blames Boeing's engineering mistakes and its "culture of concealment."

Though he said he was "truly, truly sorry" and working to fix the MCAS problems, Boeing CEO Dennis Muilenburg was removed in December.

Boeing says its employees will mark March 10 with a webcast memorial to the victims of Ethiopian Flight 302 and other accidents.

"The memory of those who lost their lives on Ethiopian Airlines Flight 302 and Lion Air Flight 610 and the heartbreaking loss suffered by their loved ones is a stark reminder that lives depend on the work we do, and highlights the importance of upholding safety and quality as our foundational principles," said Bernard Choi, a senior director in communications at Boeing.

"We continue to make changes to our company and culture following the lessons learned from these tragic accidents," he said in an email to CBC News.

"My children and my mom-in-law did not deserve to die in such a manner," said Njoroge.

"I'm proud that I can be their voice; that even though I go through a lot of difficulties and grief, that it has not put me in a cocoon of sorrow, and that I can come out and make the world a better place."