The World Health Organization has declared Nigeria free of Ebola after the country went 42 days with no new cases. 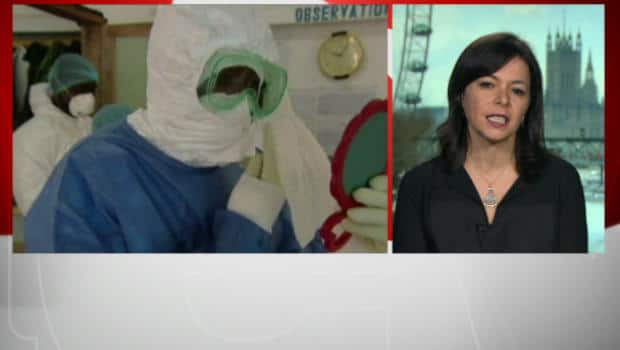 6 years ago
2:26
The World Health Organization has declared Nigeria free of Ebola after the country went 42 days with no new cases 2:26

The World Health Organization has declared Nigeria free of Ebola after the country went 42 days with no new cases.

The agency said Nigeria passed through "the requisite 42 days," twice the disease's maximum incubation period, with active surveillance for new cases in place and none detected.

The country's first case of Ebola was confirmed on July 23 in the city of Lagos.

Nigeria reported a total of 19 cases, including seven deaths and 12 patients who survived, WHO said, adding that those figures give the country an "enviable case fatality rate of 40 per cent – much lower than the 70 per cent and higher seen elsewhere."

Despite declaring Nigeria free of Ebola, WHO said surveillance systems remain on high alert. The country's success at containing the disease make it possible that "patients and their families from elsewhere will come to Nigeria in their quest for first-rate, live-saving care," the health agency said.

"The outbreak in Nigeria has been contained," Vaz said. "But we must be clear that we only won a battle. The war will only end when West Africa is also declared free of Ebola."

On Friday, WHO said Senegal was free of Ebola virus transmission.

The current Ebola outbreak in West Africa has already claimed over 4,700 lives.

Separately, the 28 members of the European Union said they are trying to come up with one billion euros for a fund to combat Ebola.

EU foreign ministers are meeting to reach an agreement by Friday on a plan for dealing with the outbreak. That agreement would include a common protocol on repatriation procedures, treatments facilities and training for health-care workers.