U.S. President Donald Trump says there were no American casualties in the Iranian strikes on military bases housing U.S. troops in Iraq and that Tehran appears to be standing down.

'Powerful' sanctions to be implemented immediately 'until Iran changes its behaviour' 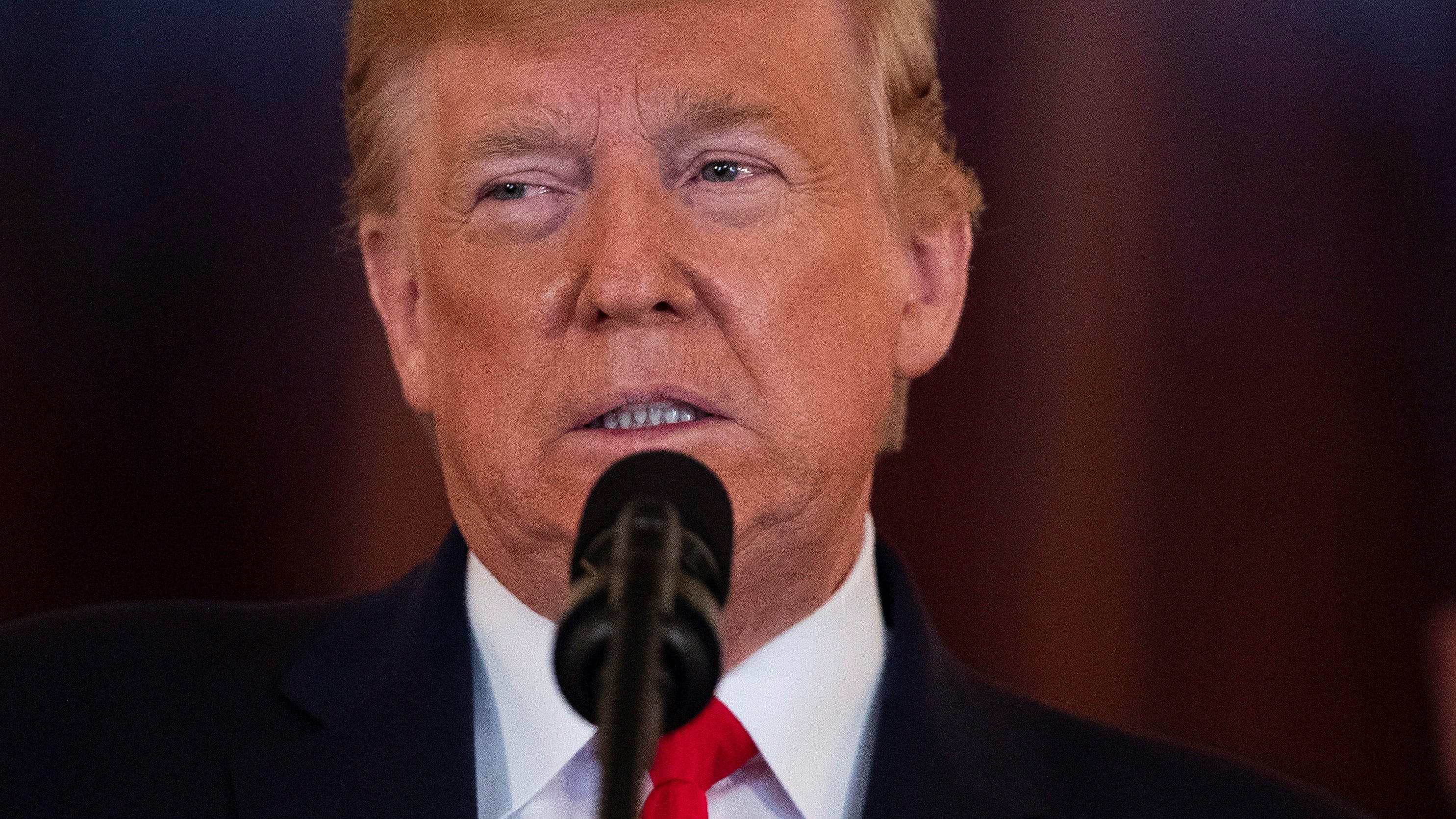 1 year agoVideo
1:10
U.S. President Trump says Iran's destructive ways are over, and he will reach out to NATO for help 1:10

U.S. President Donald Trump said Wednesday there were no American casualties in the Iranian strikes on military bases housing U.S. troops in Iraq, adding that Tehran seemed to be backing away from further aggressive measures.

Iranian forces fired missiles at military bases housing U.S. troops in Iraq early on Wednesday, saying it was in retaliation for the killing in a U.S. drone strike of powerful Iranian commander Qassem Soleimani on Jan. 3.

"No Americans were harmed in last night's attack by the Iranian regime. We suffered no casualties," Trump said in a White House address. "Our great American forces are prepared for anything. Iran appears to be standing down."

Trump stopped short of making any direct threat of military action against Iran but said the United States "will immediately impose additional punishing economic sanctions on the Iranian regime" in response to what he called "Iranian aggression."

He offered no specifics.

Those new "powerful sanctions" will remain until the country abandons its nuclear ambitions and ends its support for terrorism, he said.

He defended his targeted killing Soleimani, the head of Iran's elite Quds Force and said that Americans should be "extremely grateful and happy" with the outcome.

Trump reiterated his position that "Iran will never be allowed to have a nuclear weapon" and called for new nuclear negotiations to replace the 2015 nuclear deal from which he withdrew the U.S.

Trump also said he would ask NATO to become more involved in the Middle East. That seems to indicate continued U.S. involvement in the region despite Trump's desire to withdraw troops from what he calls "endless wars."

At the same time, Trump said the United States is "ready to embrace peace with all who seek it."

Iran's Supreme Leader Ayatollah Ali Khamenei, who earlier on Wednesday addressed a gathering of Iranians chanting "Death to America," said Iran's attacks were a "slap on the face" of the United States and said U.S. troops should leave the region.

Tehran's foreign minister said Iran took "proportionate measures" in self-defence and did not seek an escalation.

Earlier Wednesday, senior U.S. House Democrats said there was no set schedule yet for voting on a war powers resolution that would limit Trump's actions regarding Iran and that legislation is still being drafted.

Lawmakers are seeking to put a check on Trump's power after he failed to inform Congress in advance of a U.S. drone strike that killed top Iran commander Soleimani last week.

Prior to Trump's speech, UN Secretary General Antonio Guterres renewed his "passionate appeal for peace," stressing that the world cannot afford a war in the Persian Gulf.

The UN said Guterres is continuing contacts with key parties, stressing: "It is our common duty to make every effort to avoid a war in the Gulf that the world cannot afford."