Democrats have formally nominated Joe Biden as their 2020 presidential nominee, as party officials and activists from across the nation gave the former vice president their overwhelming support during his party's all-virtual national convention.

Democrats formally nominated Joe Biden as their 2020 presidential nominee Tuesday night, as party officials and activists from across the nation gave the former vice president their overwhelming support during his party's all-virtual national convention.

The moment marked a political high point for Biden, who had sought the presidency twice before and is now cemented as the embodiment of Democrats' desperate desire to defeat President Donald Trump this fall.

The roll call of convention delegates formalized what has been clear for months since Biden took the lead in the primary elections' chase for the nomination.

It came as he worked to demonstrate the breadth of his coalition for a second consecutive night, this time blending support from his party's elders and fresher faces to make the case that he has the experience and energy to repair chaos that Trump has created at home and abroad.

WATCH | The moment Biden is nominated and the ensuing celebration: 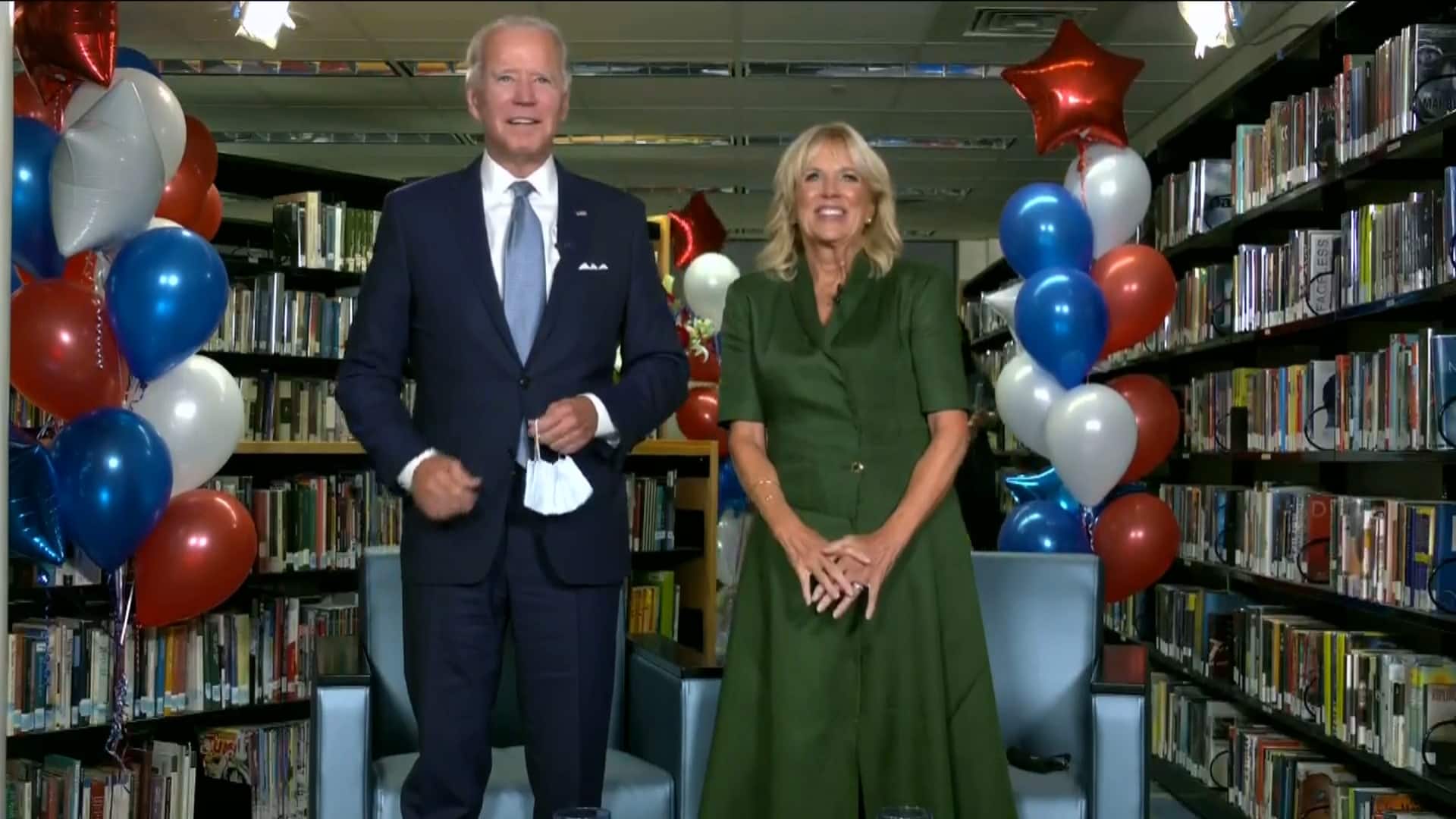 Former president Bill Clinton and former U.S. secretary of state John Kerry were among the headliners on a night that organizers are emphasizing a simple theme: leadership matters. Former president Jimmy Carter, now 95 years old, also lent his voice to a video.

Clinton stressed what he calls Trump's economic failures amid the coronavirus pandemic and argued that the fallout on families and businesses wouldn't be nearly as dire had Trump not bungled the federal government's response.

"At a time like this, the Oval Office should be a command centre. Instead," he said, "it's a storm centre. There's only chaos."

He went on to say, "If you want a president who defines the job as spending hours a day watching TV and zapping people on social media, he's your man." 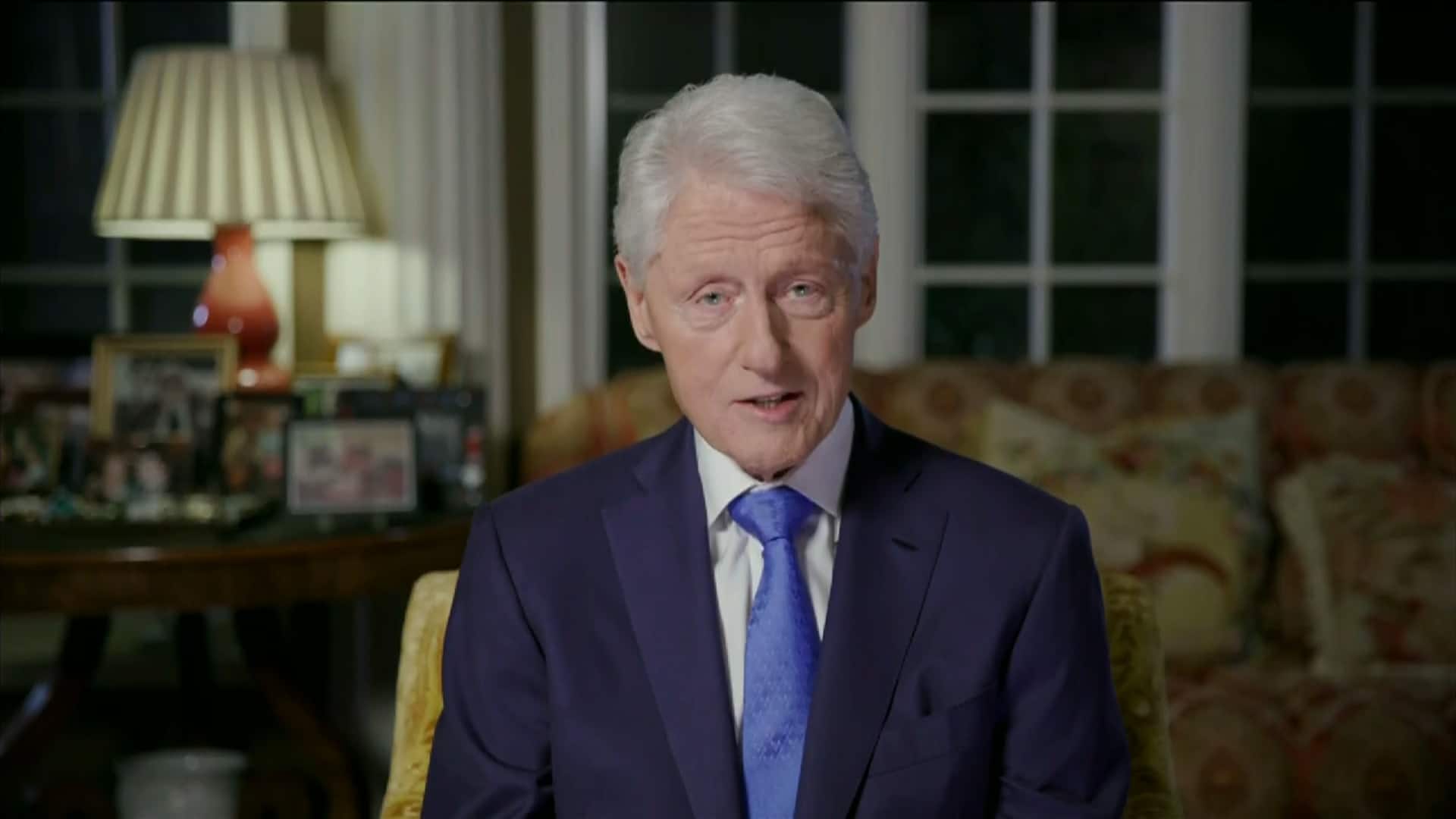 3 months agoVideo
4:51
'At a time like this, the Oval Office should be a command centre,' said former U.S. president Bill Clinton. 'Instead, it's a storm centre.' 4:51

Kerry accused Trump of failing to stand up to Russia and doing nothing to confront Russian President Vladimir Putin after some intelligence officials concluded the country placed bounties on U.S. soldiers in Afghanistan.

He also referenced Trump being escorted to a White House bunker during recent protests.

"Our troops can't get out of harm's way by hiding in the White House bunker," Kerry said.

Biden is fighting unprecedented logistical challenges to deliver his message during an all-virtual convention this week as the coronavirus epidemic continues to claim hundreds of American lives each day and wreaks havoc on the economy.

How to watch the 2020 Democratic National Convention on CBC

Jimmy Carter, now 95, voiced a video along with his wife, Rosalynn, but neither appeared. Jimmy Carter spoke of the support Biden offered when Carter first ran for president.

"For decades, he has been my loyal and dedicated friend," Carter said over black and white photos of the the two men. "We deserve a president with integrity and judgment."

WATCH | The Carters lend their voices to the Biden campaign: 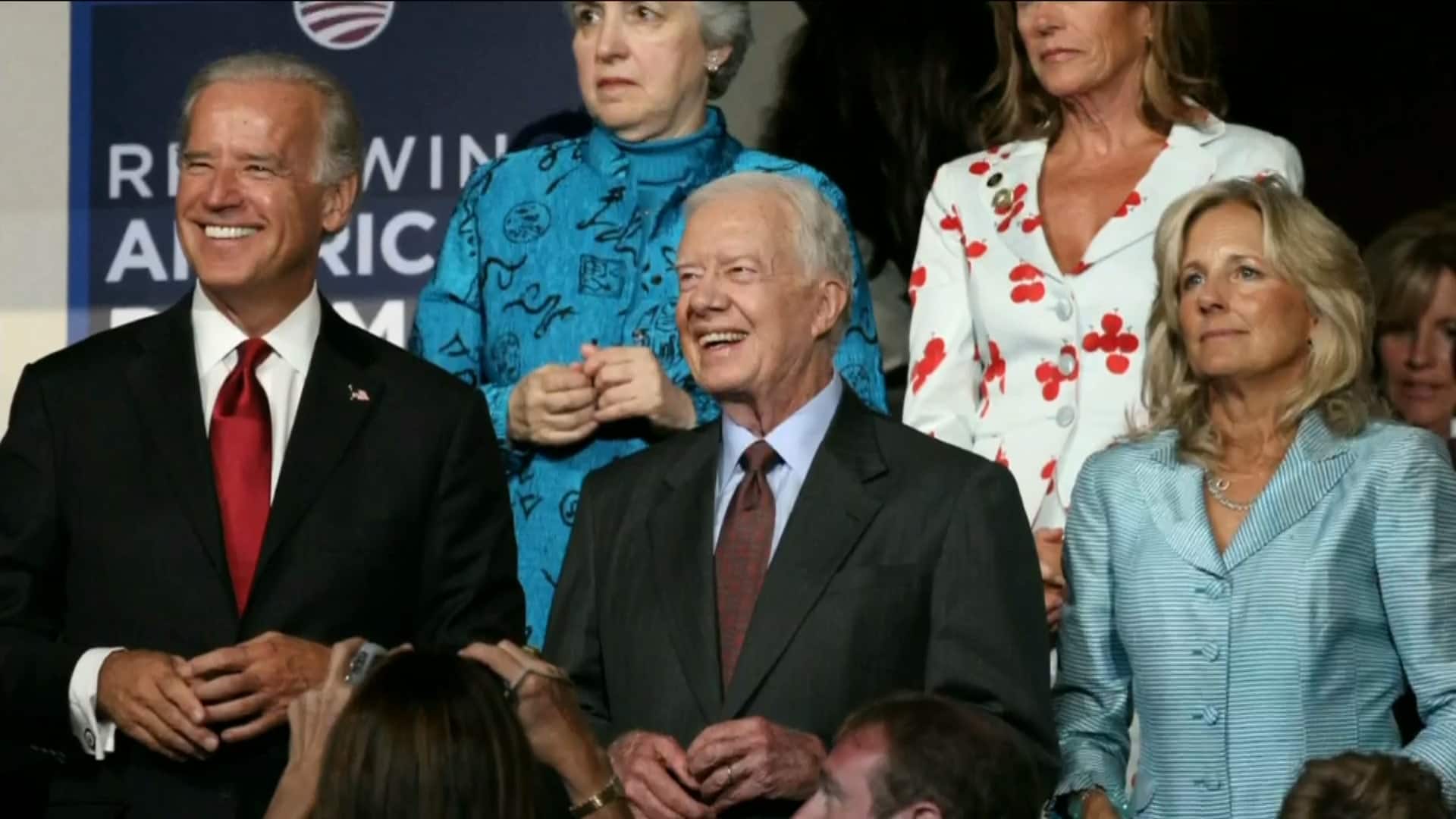 The Carters speak for Biden

3 months agoVideo
2:21
Former U.S. president Jimmy Carter and his wife Rosalynn spoke in a video about why Biden must be the next president. 2:21

Republicans on the bill

For a second night, the Democrats featured Republicans.

Former secretary of state Colin Powell endorsed Biden, saying with him in the White House, "We will never doubt that he will stand with our friends and stand up to our adversaries — never the other way around."

In taped remarks, Powell sought to draw an implicit contrast between Biden and President Donald Trump, without naming Trump.

He said that Biden "will trust our diplomats and our intelligence community, not the flattery of dictators and despots."

Powell joined the widow of the late Arizona Sen. John McCain, Cindy McCain, who talked about the mutual respect and friendship her husband and Biden shared.

Both McCain and her daughter Meghan have been outspoken critics of Trump, and the family is longtime friends with the Bidens. Trump targeted John McCain personally in 2015, saying the former prisoner of war wasn't a hero "because he was captured. I like people who weren't captured."

While there have been individual members of the opposing party featured at presidential conventions before, a half dozen Republicans, including the former two-term governor of Ohio, have now spoken for Democrat Biden.

Biden is leading Trump in most polls. But 77 days before the election, the Democrat has neither history nor enthusiasm on his side.

Just one incumbent president has been defeated in the last four decades. And Biden's supporters consistently report that they're motivated more by opposition to Trump than excitement about Biden, a 77-year-old lifelong politician. That deficit could hurt turnout among less consistent voters, particularly minorities, whom Biden needs to show up in great numbers this fall.

Two politicians from Joe Biden's home state of Delaware and a security guard who met Biden in an elevator formally nominated him as the Democratic presidential nominee.

Jacquelyn Brittany met Biden when he went to The New York Times for an interview last year, and a video of their interaction of her blurting out, "I love you," went viral. She says he was unlike many of the powerful people with whom she shares the elevator.

"I could tell he really saw me, that he actually cared," she said.

Sen. Chris Coons, who holds Biden's former Senate seat, said Biden understands the struggles and hopes of everyday people, while Rep. Lisa Blunt Rochester, also of Delaware, said future schoolchildren will learn about the pain and grief of this time in America but also about how a "President Biden" restored decency and integrity to American democracy.

The last quarter of the second night was devoted to Biden's personal life, his wife, and his family, with a video that told the story of how the couple met.

Jill Biden later addressed the nation for the first time as the prospective first lady, offering a deeply personal portrait of her husband of more than 40 years.

A longtime teacher, she spoke from her former classroom at Brandywine High School near the family home in Wilmington, Delaware. She reflected on the devastating death of Biden's son, Beau, who died of cancer in 2015.

"There are times when I couldn't imagine how he did it — how he put one foot in front of the other and kept going," Jill Biden said. "But I've always understood why he did it. He does it for you."

WATCH | The party introduces the Democrats' hopeful next first lady: 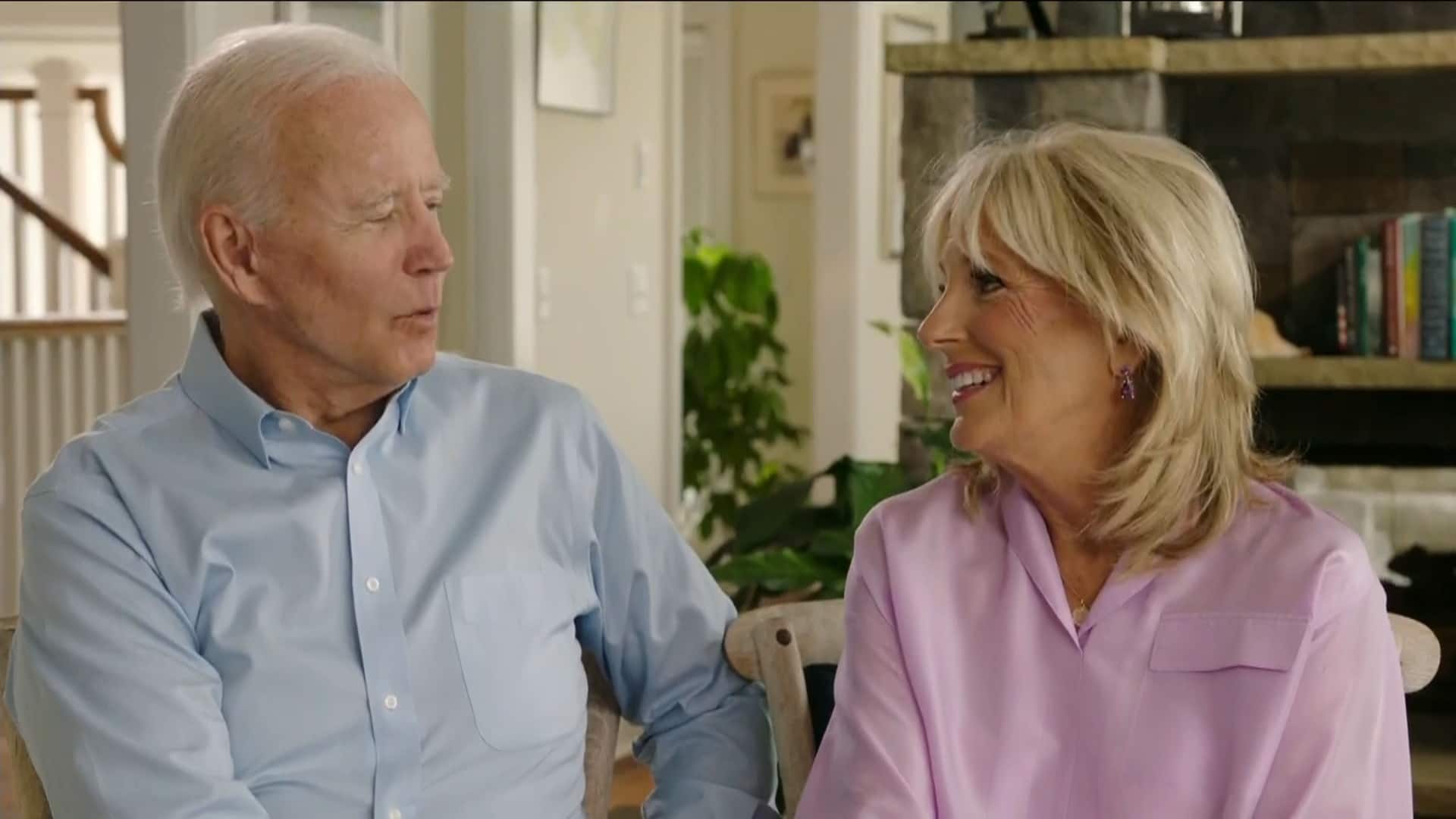 3 months agoVideo
2:28
Joe Biden tells the story in a video about Jill Biden that he had to ask her to marry him five times before she said yes. 2:28

In the opening of the convention's second night, a collection of younger Democrats, including former Georgia lawmaker Stacey Abrams and New York Rep. Alexandria Ocasio-Cortez, were given a few minutes. But overall, there was little room on Tuesday's program for the younger stars of the party's far-left wing.

During the formal roll call for the nomination, Ocasio-Cortez, a progressive force within the party, declared her support for Sen. Bernie Sanders, Biden's final primary rival.

Her short speech likely stirred the hard feelings some on the Democratic left feel after Biden's win over Sanders and his decision to bypass a liberal such as Sen. Elizabeth Warren for his running mate in favour of like-minded Sen. Kamala Harris. 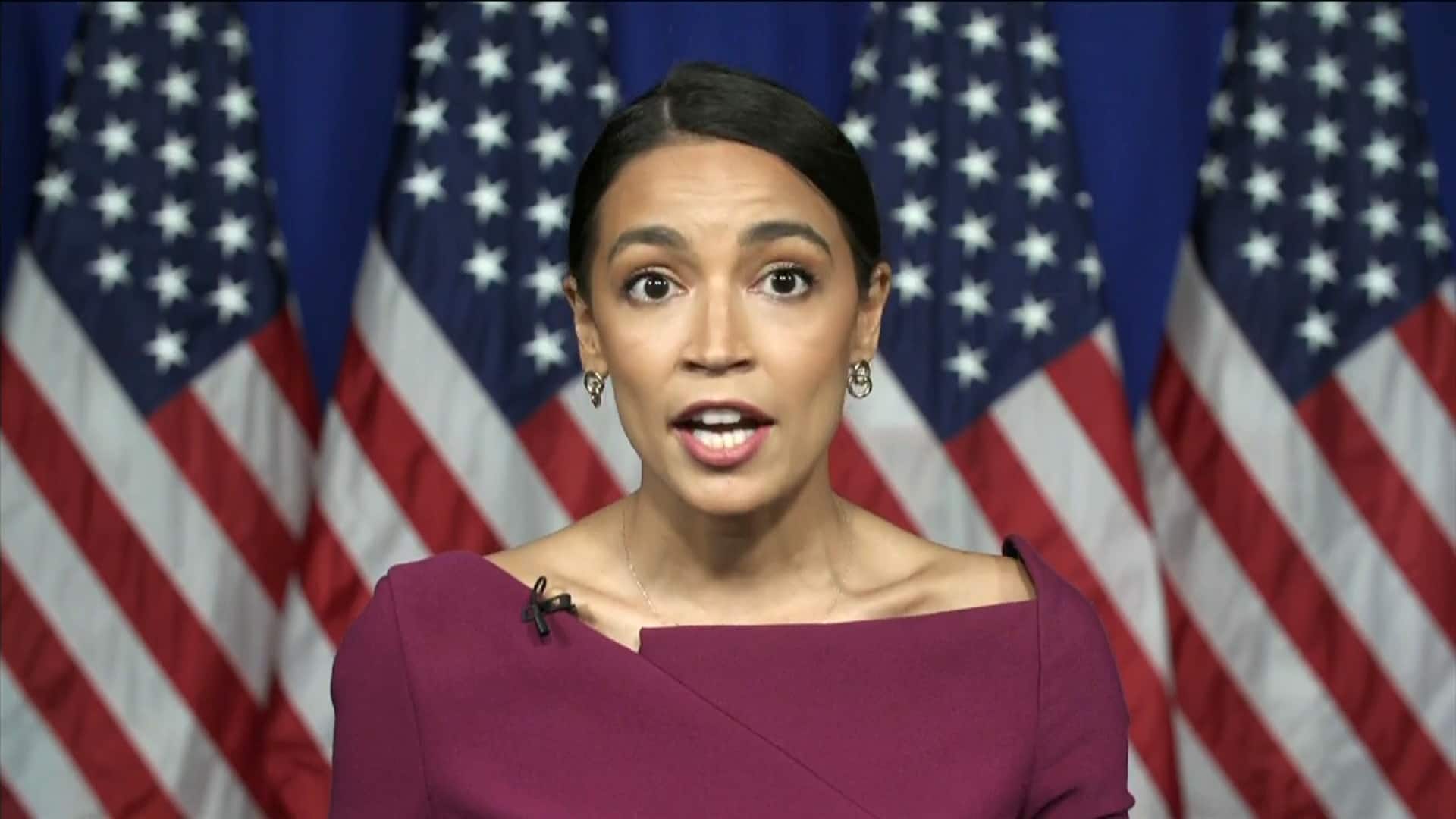 As was the case on Monday, Tuesday's political speeches were framed by appearances from average Americans touched by the crises that have exploded on Trump's watch. There will be a special focus on health care and national security.