No masks, no distancing: Schools in Denmark defy COVID-19 — with success so far

Students in Denmark were some of the first in the world to head back to school after COVID-19 lockdowns. Countries around the world, including Canada, have looked at the Danish model in designing their own school plans.

Countries around the world are looking to the Danes for guidance

Every seat in Jens Rodgaard's Grade 5 class is full — there is no physical distance at all.

When a student raises their hand with a question, Rodgaard is by their side in an instant and leans in to help.

"You have to be around them and help them, help them with spelling, help them make choices, and for proper teaching we can't do that with the distance," Rodgaard said.

Students must sanitize their hands every time they enter the school and the grades aren't supposed to mingle with each other. But there isn't a mask in sight.

This is what Phase 2 of school reopening looked like at Ålholm public school in Copenhagen, Denmark, this week, a month into the second semester.

"Right now we are trying to make things as normal as possible, [to] not scare any kids," said Rodgaard, who has taught at Ålholm for 28 years.

WATCH | How Denmark sent kids back to school during the pandemic: 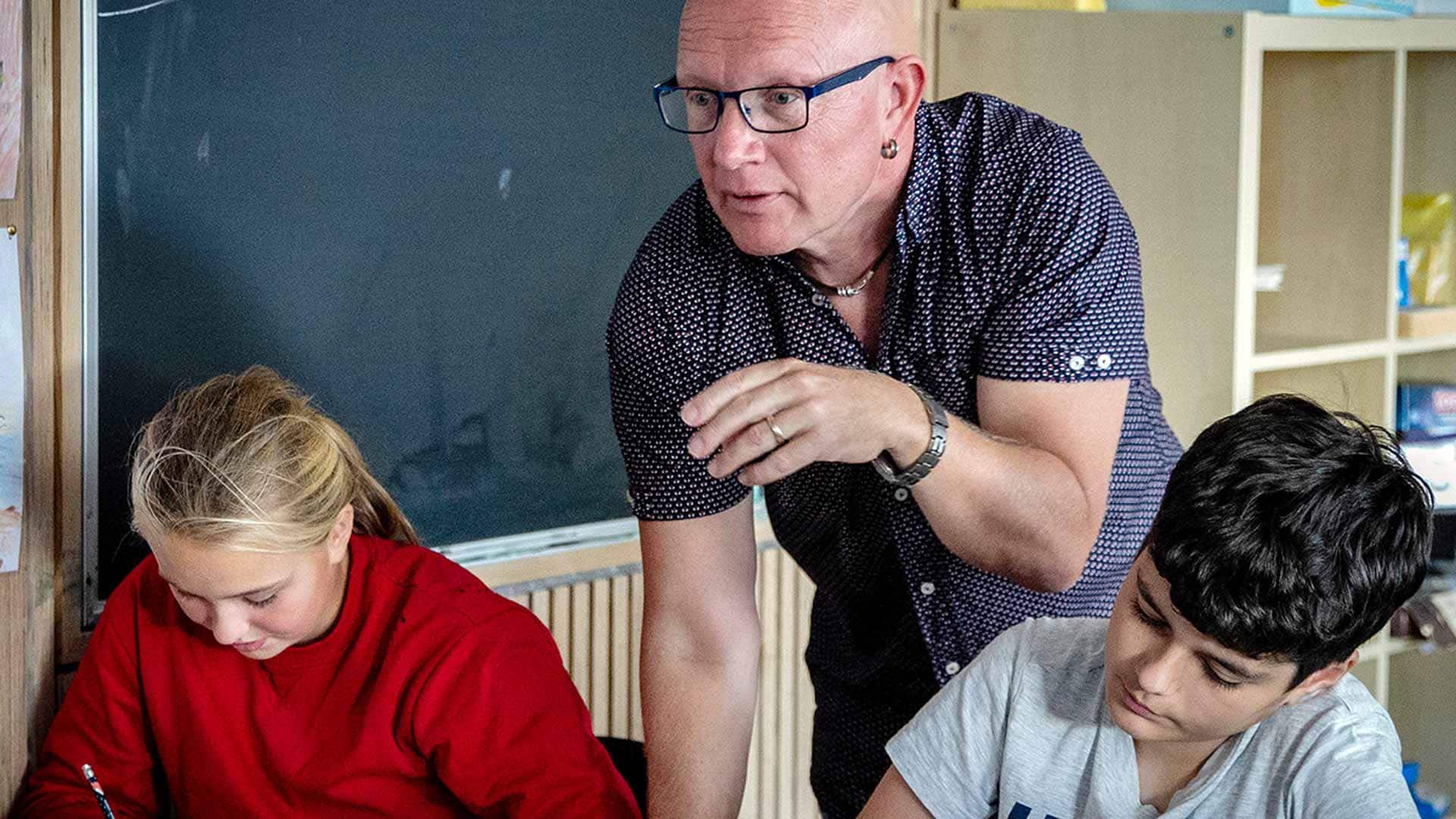 How Denmark safely sent kids back to school during the pandemic

17 days ago
3:58
A few months after returning to school, students in Denmark have a full classroom without physical distancing or masks. Officials credit a phased-in approach with a focus on hygiene for allowing classrooms to look somewhat normal. 3:58

The school's goal is to make the experience of education as normal as possible during the COVID-19 pandemic.

Other schools have more rules in place. At this stage, Denmark is allowing each school to come up with its own COVID-19 safety plans.

Right now, the country's strategy of containing the coronavirus seems to be working. Countries around the world, including Canada, have looked at the Danish model in designing their own school plans.

Denmark wasn't hit by COVID as badly as other countries in Europe, like Italy and Spain, but it nonetheless went into lockdown in March. When the government started removing restrictions, it prioritized opening schools over bars and restaurants. The rules were strict at the time amid concerns there would be outbreaks.

"Our first priority was to ensure that the hygiene standard was good," said Ålholm headmaster Soren Vith, who said the school followed all the government-mandated protocols back in Phase 1 of reopening.

Extra teachers were hired so classes could be divided into three groups, breaks were staggered, each class was assigned to specific toilets and, when possible, learning was done outside.

Student Saida Sey, 12, said she was happy they opened schools again in April because lockdown was a bore. "It's really fun to have your friends again and talk to them and play soccer."

But she admitted when school started up, the virus loomed large. "It was really hard; you can't stop thinking about it."

Her classmate Jeppe Rank Gjerulff also recalled being nervous: "I was a little bit scared because nobody knew what it was — what will happen if you get sick?"

Co-operation between government and teachers

Vith said the tough restrictions worked: No one at his school tested positive for COVID-19 in the spring. A few schools in the country experienced outbreaks, but there was no spike in overall infections attributed to the reopening.

That's why the government felt safe moving to Phase 2 of its plan when the second semester of school started in August.

"Very much is up to the schools to see what's the best way forward for us with our kids," said Dorte Lange, vice-president of the Danish Union of Teachers.

She credits the success in Denmark to the co-operation between the government and the teachers' union, and said they were in constant communication and addressed staff concerns early on.

Lange said the teachers' confidence rubbed off. "Parents met the teachers, who felt safe about this. Telling them that we can cope with this situation also made parents feel safe, and that's quite important."

The return of school has led to worrying trends in other parts of the world. In Israel, for example, schools went back in May, but the spreading virus forced hundreds to close, and is being blamed for the re-emergence of COVID in that country.

In the U.S., some schools in Texas and Georgia were forced to shut down not long after reopening in August.

Lange said teachers' unions in Canada have reached out to her for guidance. She is happy to give advice, but said it is impossible to compare Denmark and a country like Canada because the COVID experience in the two nations has been different.

Denmark has a population of just 5.8 million, which is spread out and not concentrated in large cities in the same way as in Canada. Denmark has had nearly 20,000 total cases with around 600 deaths, while Canada has had more than 135,000 cases and around 9,000 deaths.

Like most of the world, Denmark has been experiencing a spike in cases in recent weeks, particularly among people in their 20s.

"I think we have become too relaxed, and I think we might become the victim of our own success, because we never experienced how bad the epidemic could be," said Allan Randrup Thomsen, a virologist at the University of Copenhagen.

He said if the current spike continues, more restrictions will be put on the Danish population. But closing schools again should be the last option.

"Most of the evidence points to the fact that even if children become infected, they are not getting severely diseased and they also don't transmit the disease," Randrup Thomsen said, although he admitted much remains unknown.

He worries more about the spread in teens and young adults headed back to college and university.

At the Ålholm school gate this week, there was a relaxed attitude among parents. It felt like a pre-COVID scene. They brushed shoulders and chatted with each other.

That said, COVID rules prevented them from going on school property.

This week, it was reported that 18 classes at a school in Roskilde, a city west of Copenhagen, were sent home after a coronavirus infection.

Some Ålholm parents admitted they were apprehensive when they sent their kids back to school for the first time, but felt it was necessary. Katja Barefoot, who has three young children at the school, had this advice for Canadian parents.

"Take a deep breath and let them go back, and if something happens, you take the precautions… but life needs to go on."

Renée is a CBC correspondent based in London, U.K. She has spent a decade with the organization in a number of roles, including senior business reporter, weekend news anchor, television and radio reporter, associate producer, program director and others.