After Democrats clashed in 2 nights of debates, it's about who won, and who survived

Top-tier Democratic presidential candidates Kamala Harris and Elizabeth Warren solidified their statuses after back-to-back debates featuring two rounds of candidates, on Wednesday and Thursday in Miami. The showdowns also served as clarifying moments for fringe contenders — for better or worse.

The 1st party leadership debates have ended, but who will make it to next round in race for U.S. president?

The introductions are over. Now comes the winnowing.

Fresh off the first Democratic debates, which featured 20 candidates split over two nights in Miami, leading contenders including Senators Elizabeth Warren, Bernie Sanders and Kamala Harris seemed to have kept pace behind Joe Biden, the former U.S. vice-president and top-polling candidate to lead the party into the late-2020 presidential election.

The back-to-back showdowns on a performing arts centre stage in the Florida city tilted to the left, and at times seemed to play out like contests of "wokeness" — who could be the most on top of issues of social injustice.

While top-tier candidates solidified their status over both nights, the debates also served as possible clarifying moments — for better or worse — for fringe contenders desperate for visibility.

Biden, for his part, fended off digs at his generational disconnect as a 76-year-old and deflected challenges to his self-portrayal as a civil-rights champion.

In a tense exchange, Harris forced Biden to answer for his friendships with segregationist lawmakers and the former vice-president's past opposition to 1970s desegregation school busing.

"There was a little girl in California who was part of the second class to integrate her public school," Harris said, turning to Biden. "And she was bused to school every day. And that little girl was me." (Within minutes, Harris's social-media team retweeted her quote with a photo of the candidate as a pigtailed schoolgirl.)

"Biden was the 800-pound gorilla in the room, and look, he should have expected to take a lot of shots," Colin Strother, an Austin-based Democratic strategist, said in an interview. "He was not prepared. And he definitely had a rough night." 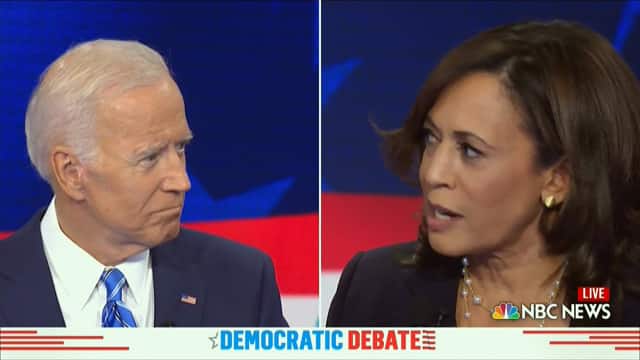 In a moment interpreted by some as a metaphor for his candidacy, Biden stopped mid-speech to acknowledge, "My time's up."

Democratic strategist Rebecca Katz, who attended both debates in Miami, was unequivocal about who made the biggest impression to progressives on the stage.

"There's no question that the winners of the debates are Elizabeth Warren and Kamala Harris. They dominated their nights. They showed what a president looks like. And they also showed, most importantly, that either one of them can go toe to toe with Donald Trump, and beat him," Katz said about the Republican president.

Both nights, candidates played up their own progressive credentials while shooting down those of their fellow candidates.

While Colorado Sen. Michael Bennett attacked Sanders about his Medicare For All bill, New York Sen. Kirsten Gillibrand interjected to claim credit for writing a transition plan in the proposed leglislation being pushed by the Vermont senator.

When Hawaii Congresswoman Tulsi Gabbard on Wednesday spoke about her support for the Equality Act, which extends civil rights protections to LGBTQ Americans, New Jersey Sen. Cory Booker interjected to say that was "not enough," citing the need to protect black transgender Americans vulnerable to violence. 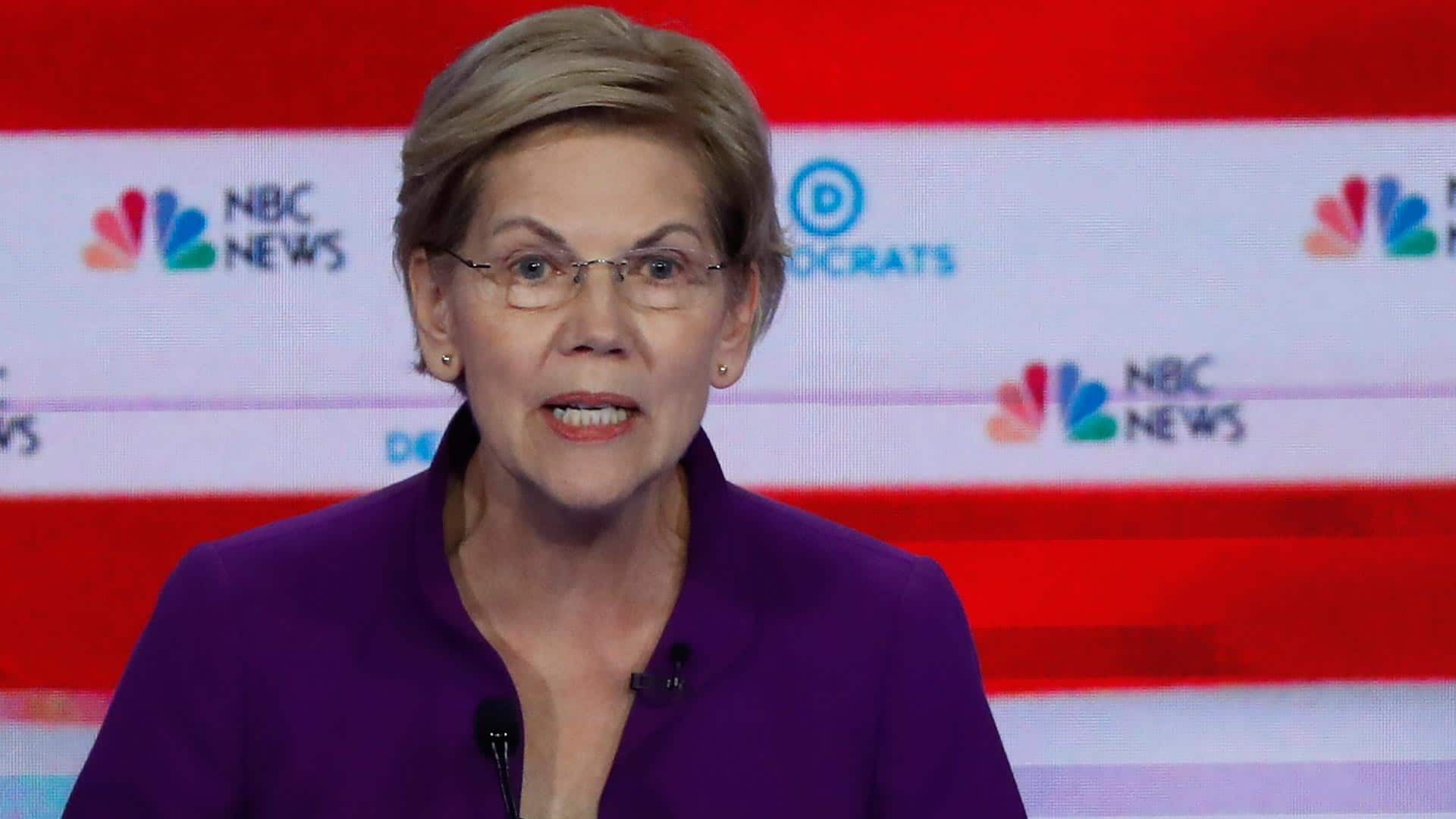 2 years ago
0:41
Sen. Elizabeth Warren says she would go after the big fundraisers who carry so much power in Washington. 0:41

Those statements and attempts at differentiation worked to make an impression in a crowded, diverse field that has not shied away from being boldly progressive.

But the big question after the first debates of the primary season isn't just who's leading, but who will last until the next round.

The culling on Thursday will likely start with long-shot candidates like author and spiritual teacher Marianne Williamson, who closed by vowing to "harness love for political purposes," and tech entrepreneur Andrew Yang, who spoke the least during the debate. 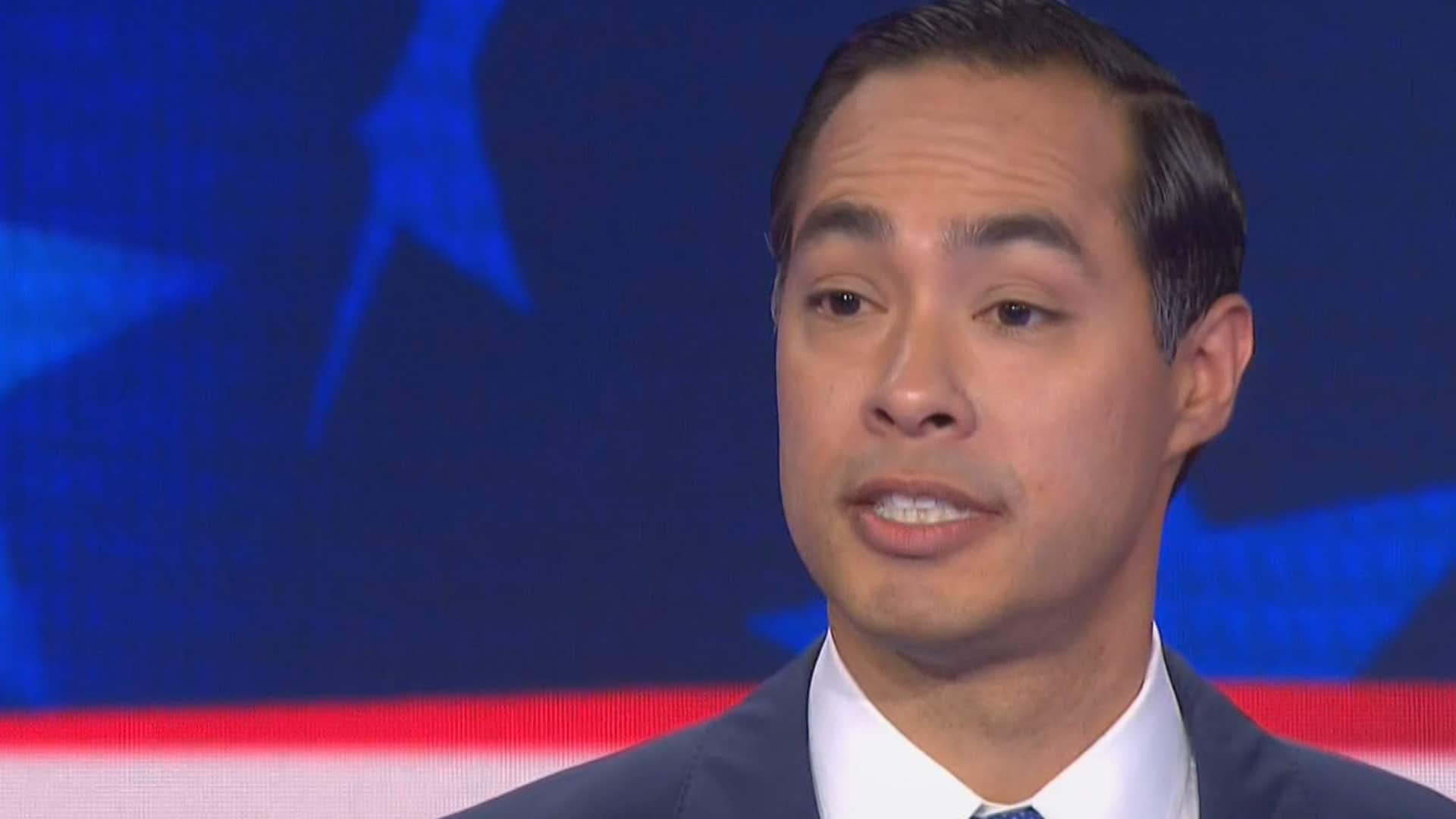 2 years ago
0:59
Former secretary of Housing and Urban Development Julian Castro on how he would fight to uphold access to abortion in the U.S. 0:59

Katz said: "I don't see how [former Colorado governor] John Hickenlooper continues after this. His campaign was already on life support. He needed a breakthrough. And I think it will be uphill for Gillibrand."

Strother anticipates the sun is also setting on the campaigns of Ohio Congressman Tim Ryan and Maryland's former congressman John Delaney, who both debated Wednesday.

The first debate of the primary season allows voters to imagine how a candidate would square off on a stage against Trump in next year's general election.

Another goalpost is to simply get noticed and make the cutoff to qualify for the debate in July.

The track already appears to be set for Warren. The brainy Massachusetts senator and anti-Wall Street crusader answered each moderator's question head-on, and flexed her policy know-how easily within the 60-second time limits.

"She dominated the discussion. Even the questions were shaped by what her campaign had done, and what her plans were," Katz said. "Of all the candidates on Wednesday night, she was the most comfortable on stage."

As the best-polling candidate on the stage Wednesday, the first night of the debates was Warren's to lose — and it was widely seen to have gone to her.

Shot in the arm for Castro

While some less buzzy names apparently failed to rise to the occasion, this week's debates appeared to give a political blood transfusion to the U.S.'s former housing secretary, Julián Castro, and Booker — both were polling in the low single digits, according to the RealClearPolitics average. 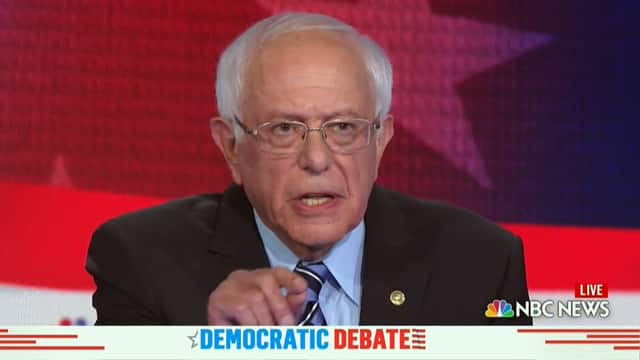 Sanders slams Trump as a 'fraud'

If first debates place a premium on being memorable, Castro succeeded. On immigration, he looked to be trying to own the issue, challenging Beto O'Rourke's opposition to the proposal by the former Texas congressman to decriminalize border crossings.

"I just think it's a mistake, Beto," Castro chided at one point.

While Castro walked to the podium in Florida polling at less than one per cent, online search interest for him took off during the debate. Queries on the presidential hopeful spiked more than 2,400 per cent on Google Trends, as good a sign as any that he may have the momentum to be carried over the line to the next debates.

"Castro definitely had one of the best nights on the stage," Strother said.

Underscoring the Democratic party's embracing of liberal policies on both nights, moderators asked for a show of hands from anyone who would abolish private health insurance in favour of a single-payer system. On night one, Warren and New York City Mayor Bill de Blasio shot up their hands; on the second night, Harris and Sanders raised theirs.

"They just showcased how far left the party has gone. And Trump is already painting them as the socialist party," Chabria said. "Now they're talking about getting rid of private insurance? That is something the Trump campaign is going to love."

'Look how things turned out'

While candidates for both debates were randomly selected, Wednesday featured only Warren as a top five contender. Headliners for Thursday's debate included four of the best-polling candidates, including Biden, Sanders, Harris and Pete Buttigieg, mayor of South Bend, Ind.

But it would be wrong to look at Wednesday as as warm-up act for Thursday's show, said veteran presidential debate analyst Alan Schroeder, even if Thursday was stacked with more top-tier candidates. It's still early in the primary season.

At this point at the start of the Republican primary about two election cycles ago, Schroeder noted, former New York City mayor Rudy Giuliani was emerging in late May 2011 as the front-runner for the Republican nomination for 2012. Things changed quickly.

"Jeb Bush was going to be the Republican nominee in 2016 at this point," Schroeder said.

"And look how things turned out."