'Democracy as we know it is dead': Filipino journalists fight fake news

The bogus stories that pollute the internet in the Philippines are startling in their venom, frequency and sometimes clumsy attempts to look real, writes Adrienne Arsenault.

Like much of our connected world, the Philippines has a problem with fake news.

But it faces some unique challenges in trying to fight it.

The bogus stories that pollute the internet in the Philippines are startling in their venom, frequency and sometimes clumsy attempts to look like the real thing.

For example, a number of the stories say Senator Antonio Trillanes, a critic of President Rodrigo Duterte, was arrested for drugs and accepted massive bribes. Trillanes's team maintains they are all made up.

Some of the most shocking fake tales, however, focus on Senator Leila de Lima, one of the fiercest critics of Duterte, whose war on the drug trade has resulted in the deaths of thousands.

The news sites they allegedly come from may look authentic, but they're not. Neither are the claims — for example, that de Lima's son was arrested for drug trafficking, that de Lima pole dances in Germany, that de Lima was ousted, that she attempted suicide.

Surely a little fact checking might make that clear, but in the Philippines, this gets complicated.

The cost of fact-checking

Mobile internet coverage in the Philippines is among the slowest and most expensive in Asia. So it's a big commitment to click on a link or watch a video in the name of fact-checking. It can drain precious data fast.

Through some of the telecom companies, though, Facebook is free.

Filipinos love Facebook. A global digital survey released in January found that Filipinos spend more time on social media than anyone else in the world — and the biggest chunk of it is on Facebook and Facebook Messenger.

Political operatives in the Philippines take full advantage of this.

Staffers for Senator de Lima say they collected fake news stories about her from various Facebook timelines over the past few months.

Facebook users see them fly by, and some, it seems, believe what they read.

The fact that many Filipinos let their data run out and just rely on free Facebook use "helps both the disinformation and misinformation, because if you can't afford the data, what you see on your free Facebook is the [headline]," said journalist Maria Ressa, who runs the news site Rappler.

The headline, she points out, is where the most interesting, provocative information sits.

Facebook recently introduced a tool for detecting fake news, but it is currently only deployed in the U.S., Germany, France and Norway.

Ressa and her team have been investigating the trajectory of fake news stories — as well as bogus social media accounts and online attacks — in the last year or so.

"Democracy as we know it is dead," Ressa said. "What you're seeing is exponential growth of propaganda networks that hijack what used to be called democracy."

The research Ressa and her team produced revealed coordinated social networks deployed to first boost support for Rodrigo Duterte in his 2016 presidential run.

Then, once he'd been elected, they turned their full force on the traditional media.

Then they went after his critics, like de Lima.

The effect of these campaigns, Ressa said, was to largely silence opposition.

"You look at anyone who says anything against the killings, against the drug war, especially if they are women, they will get clobbered on social media," she explained.

"They are threatened with death, with rape. You name it, it's happened."

Ressa experienced this first hand. After Rappler published a series called "Weaponizing the internet," the threats came flooding in.

"An average of 90 hate messages an hour," Ressa said. "That's what I dealt with for a month."

But the research and reporting continued. Rappler has even found a way to try to counter a bit of the fake news with reality checks.

It releases some of its stories in chunks on Facebook Messenger, so Filipinos can see them for free.

Ressa said her team's data reveals that in terms of pro-Duterte propaganda, there are three key accounts that together reach millions of followers.

She is huge in the Philippines, with nearly five million social media followers. Uson was once a sex blogger, but she's now a singer as well as a member of the country's film and television classification board.

She is also fiercely loyal to President Duterte, often travelling alongside him and always writing in support of him and his policies.

She frequently shares scathing stories about Duterte's critics, including Senator de Lima. As CBC reported last month, the senator, who was once the justice secretary and the chair of the human rights commission, is now a prisoner, accused of taking money from drug lords.

Human Rights Watch calls the charges against de Lima politically motivated, perhaps as revenge for her opposition to Duterte, but the courts haven't fully ruled yet. She could be jailed for life.

Mocha Uson recently posted a story that quoted the speaker of the House of Representatives in the Philippines. In it, the speaker said, "The country's number 1 drug lord is already jailed" — he was referring to de Lima.

To label de Lima the number one drug lord of the Philippines is an inflammatory, unproven claim. When CBC asked Uson why she would post it, knowing so many people follow her blog and believe what she says, she defended her actions by saying that if you read the post's comments, many of her followers agree with the claim.

Later in the interview, Mocha became more forthright, and said, "I am getting the feeling that you see de Lima as innocent, as an innocent person."

"You need to do more research, ma'am, because the Filipinos know who de Lima is. So please, madam, do your research." 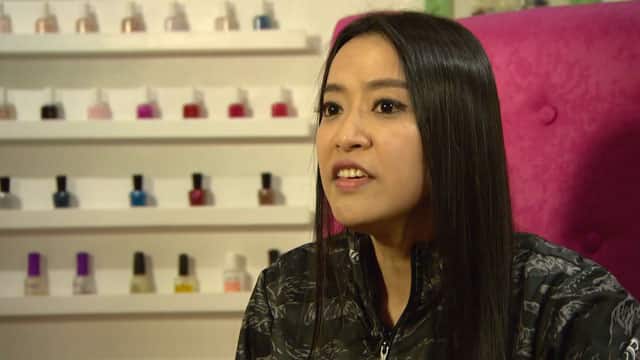 It turns out that Uson's manager recorded our interview, and before the night was done, they had cut a chunk of it to music and posted it to her website, including the "do your research" exchange.

The post very quickly got hundreds of thousands of views and thousands of comments — many of them calling CBC "stupid," "lazy," "blind," and "puppets of the oligarchs."

It was all relatively benign. Not everyone gets off so easily in the Philippines.

The anger flows both ways, but the bulk of attacks come from Duterte supporters. To criticize or even appear to question him or his policies can invite trouble.