Russia is determined to interfere in U.S. elections, despite sanctions and other efforts to deter Moscow, FBI director Christopher Wray says.

Russia is determined to interfere in U.S. elections, despite sanctions and other efforts to deter Moscow, FBI director Christopher Wray said on Tuesday.

"The Russians are absolutely intent on trying to interfere with our elections," Wray said during the Senate's judiciary committee hearing.

Wray was testifying at an oversight hearing a day before Robert Mueller, the former special counsel, was scheduled to appear before a pair of House committees about his two-year investigation of Russian interference to sway the 2016 presidential race toward President Donald Trump.

"Everything we've done against Russia has not deterred them enough?" asked Sen. Lindsey Graham, the Republican committee chairman. "All the sanctions, all the talk, they're still at it?"

"Yes. My view is until they stop, they haven't been deterred enough," Wray responded.

In response to a question from Minnesota Sen. Amy Klobuchar, a Democrat presidential candidate, Wray said the president had been made aware through "a number of meetings" with his White House national security council about Russian attempts to sow discord during the 2018 midterm elections as well as the upcoming presidential election.

Just asked FBI Dir. Wray if backup paper ballots &amp; disclosure of political ads on social media would help to protect our nation’s security. He said it would. Now it’s time for the nation to ask the President why his administration has blocked bills that would make it happen.

Wray said that while decisions on backup paper ballots and other election security measures ultimately come under the purview of the Department of Homeland Security, he believed "redundancy" of paper and electronic tracking of votes would be a worthy undertaking given the stakes of U.S. elections.

The director was clearly aware of the timing of his testimony. Pressed by ranking Democrat Dianne Feinstein of California on a specific referral made by Mueller's team to the FBI that warranted further scrutiny, he demurred, stating he didn't want to add "gloss" to the special counsel report or potential Mueller testimony.

While Trump has continually assailed the special counsel probe and characterized Mueller as "conflicted" as an investigator, Wray responded to Democrat Mazie Hirono of Hawaii that Mueller was a "consummate professional and straight shooter" and that he didn't doubt the integrity of the special counsel's report.

Wray was an assistant attorney general in the FBI earlier this century when Mueller served as agency director.

While Russia was a frequent topic of conversation, many of the Republicans on the panel were focused on Beijing.

Wray testified he considered China a more serious counterintelligence threat to the United States than any other country. He told the committee the FBI has more than 1,000 investigations involving economic espionage and attempted intellectual property theft. He says nearly all lead back to China.

Justice Department national security officials have brought multiple cases involving Chinese economic espionage in the last year, including one announced this month against a man accused of stealing information from an American locomotive company. 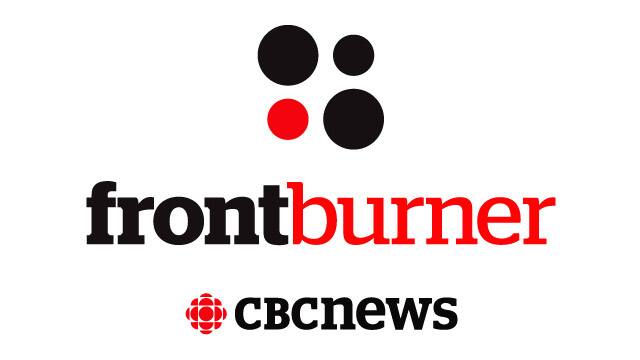 Front Burner21:57Robert Mueller breaks his silence
After two years of silence, Robert Mueller delivered his first public statement since being appointed as Special Counsel. He announced his resignation from the United States Department of Justice and reiterated the central findings of his investigation into Russian interference in the 2016 U.S. election, saying "If we had had confidence that the president clearly did not commit a crime, we would have said so." Today on Front Burner, Mueller biographer Garrett Graff on the man at the helm of the Trump-Russia investigation.

Wray made headlines during a Senate hearing in May when he broke from Attorney General William Barr and said he didn't consider court-approved FBI surveillance to be "spying" and that there was no evidence the FBI illegally monitored Trump's campaign during the 2016 election.

Barr didn't specify what he meant when he said he believed there had been spying on the Trump campaign, but he was likely alluding to the FBI obtaining a secret surveillance warrant in the fall of 2016 to monitor the communications of former Trump campaign aide Carter Page, whose interactions with Russians several years earlier had raised law enforcement suspicions even before he joined the campaign.

The attorney general appointed U.S. Attorney John Durham, the chief federal prosecutor in Connecticut, to investigate the surveillance methods used during the investigation and to probe the origins of the Russia investigation.

Wray has previously declined to discuss in detail the FBI's investigation into the Trump campaign because of Durham's investigation and a separate, ongoing Justice Department inspector general probe into the origins of the Russia inquiry.

As FBI director, he has sought to avoid public spats with Trump, but his appearance on Capitol Hill comes amid signs of possible tension between the two men.

Trump told ABC News last month that Wray was "wrong" to suggest that Donald Trump Jr. should have called the FBI as the organizer of a 2016 meeting with a Russian lawyer offering negative information on his political opponent, Hillary Clinton.

Wray made the comment during the May congressional hearing and said the FBI would want to know about any outreach from a foreign government to a U.S. political campaign.

Trump told ABC that if a foreign power were offering dirt on his 2020 opponent, he'd be open to accepting it and would have no obligation to call the FBI.

In other topics on Tuesday, Wray said the FBI documented about 100 domestic terrorism arrests this year, and that a "majority of the domestic terrorism cases that we have investigated are motivated by some version of what you might call white supremacist violence."

But Wray said the agency still considers potential incidents of jihadi- or foreign-influenced violence the greatest threat to the security of the U.S."

When asked by Connecticut Democrat Richard Blumenthal about Trump's recent incendiary tweets about four congresswoman, which have been described by some as racist, Wray said he wouldn't engage in speculation on "rhetoric" or social media posts.

He said the agency would take appropriate measures if a public figure was under threat of violence, including members of Congress.