Danish inventor Peter Madsen has admitted to dismembering Swedish journalist Kim Wall on board his submarine in August and dumping her body parts in the sea, but he still denies killing her, police say.

WARNING: This story contains graphic details that may be disturbing to some readers

Danish inventor Peter Madsen has admitted to dismembering Swedish journalist Kim Wall on board his submarine in August and dumping her body parts in the sea, but he still denies killing her, police said on Monday.

The police said in a statement Madsen had told them in an Oct. 14 interrogation that Wall, 30, had an accident but now says she died from carbon monoxide poisoning suffered inside Madsen's submarine while he was out of harm's way on the vessel's deck.

"This explanation [by Madsen] naturally will lead the police into gathering additional statements from the coroner and the armed forces' submarine experts," said Copenhagen police investigator Jens Moller Jensen.

In past court hearings, Madsen said that Wall had died accidentally after being hit by a heavy hatch cover on his UC3 Nautilus submarine.

Police on Monday expanded the charges against him to include sexual assault.

Madsen, 46, is a self-taught aerospace engineer who was one of the founders of Copenhagen Suborbitals, which is dedicated to building submarines and manned spacecraft. He generated attention in 2008 with the launch of Nautilus, which was billed as the world's largest privately built submarine.

He denies killing the 30-year-old Wall, who had carved out a name for herself in the competitive world of freelance journalism by producing a string of stories from Sri Lanka, Uganda, Cuba, the Marshall Islands, and many other countries.

The globetrotting journalist was last seen alive on the evening of Aug. 10 on the submarine, known as the UC3 Nautilus. Police believe Madsen and Wall did not know each other before their trip.

Concerns about Wall's safety surfaced the next day when her boyfriend reported her missing. Hours later, Madsen — a celebrated entrepreneur who dreamed of launching a manned space mission — was rescued from his sinking submarine.

Investigators believe he had sabotaged the vessel despite his assertion that it had suffered a technical fault. He told authorities he had dropped Wall off on an island several hours after their voyage began.

Later, he changed his story and said she had died in an accident on board. He said he had buried her at sea.

Madsen claimed she had slipped and suffered a blow to the head from a heavy metal hatch on the sub — but police found no indication of a skull injury when her head was finally located. Her torso was found with multiple stab wounds. 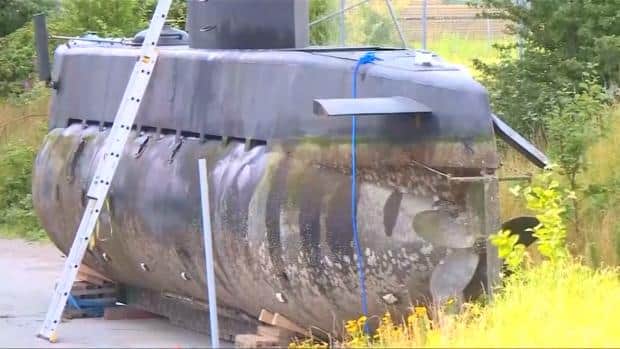 3 years agoVideo
0:39
Kim Wall believed to have been killed aboard amateur submarine 0:39

Madsen is currently charged with murder and mutilating Wall's body. Police said Monday that the charges have now been extended to include sexual assault without intercourse.

An examination of Wall's torso revealed wounds to her genitals and ribcage that were believed to have been caused during her death or shortly after. "We're taking an approach that there exists a sexual motive," Jensen told Swedish broadcaster SVT.

During their investigation, police found videos on Madsen's personal computer of women being tortured, decapitated and slain. Prosecutor Jakob Buch-Jepsen said the videos are thought to be real.

The case has led Danish investigators to reopen a number of unsolved killings, including the 1986 death of a young Japanese tourist whose cut-up corpse was found in several plastic bags in Copenhagen harbour.

Police said the review of so-called "cold cases" is standard procedure and has not provided any immediate link to the case involving Wall and Madsen.

Wall grew up in southern Sweden, just across a strait from Copenhagen.

Her family said it was unimaginable that she could be killed "just a few miles from the childhood home" after reporting from so many dangerous places.