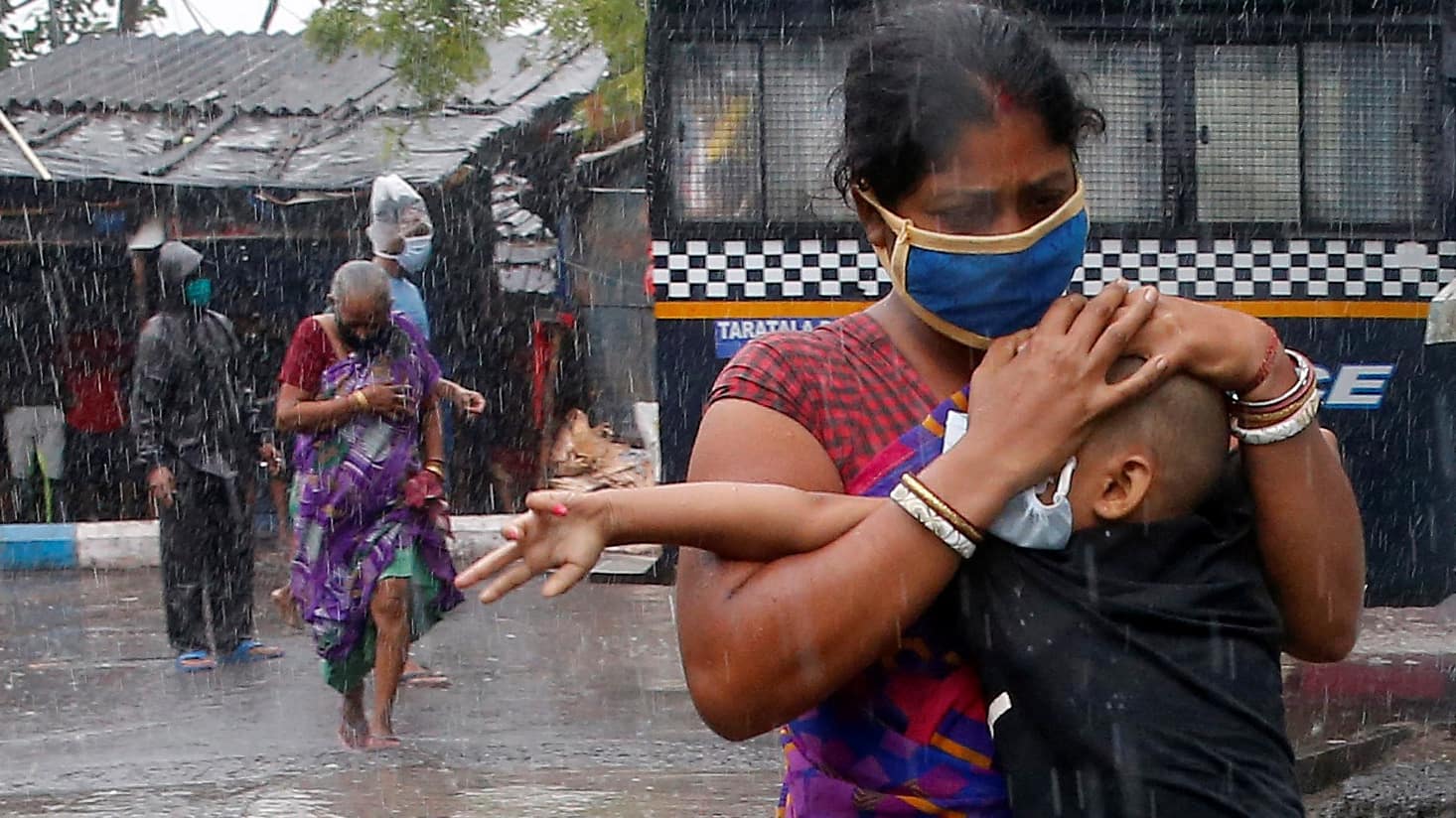 9 months ago
0:55
As many as two million residents in India and Bangladesh sought shelter away from the coast as Cyclone Amphan unleashed destructive rains. 0:55

The populous Indian state of West Bengal took the brunt of Cyclone Amphan, which barrelled out of the Bay of Bengal with gusting winds of up to 185 km/h and a storm surge of around five metres.

West Bengal Chief Minister Mamata Banerjee said at least 10 people had died in the state, and two districts had been completely battered by one of the strongest storms to hit the region in several years.

"Area after area has been devastated. Communications are disrupted," Banerjee said, adding that although 500,000 people had been evacuated, state authorities had not entirely anticipated the ferocity of the storm.

Although the cyclone was expected to weaken as it moved toward Bangladesh, authorities warned of extensive damage to flimsy houses and storm surges pushing seawater 25 kilometres inland, flooding cities including Kolkata, India.

The cyclone washed away bridges connecting Indian islands to the mainland and left many areas without electricity or phone service, Banerjee told reporters Wednesday evening.

"We are facing three crises: the coronavirus, the thousands of migrants who are returning home and now the cyclone," said Banerjee, who is an opposition leader and one of the fiercest critics of Indian Prime Minister Narendra Modi.

With rains continuing, she said the hardest-hits areas were not immediately accessible. Federal authorities said they could only make a proper assessment of the destruction on Thursday morning.

"We are facing greater damage and devastation than the COVID-19," Banerjee said, referring to the disease caused by the coronavirus, which has so far killed 250 people in the state.

The southern districts of the state were worst affected, officials said, adding the crisis was far from over, with strong winds likely to continue until early Thursday morning. Heavy rainfall was forecast for many parts of the state in the coming week. 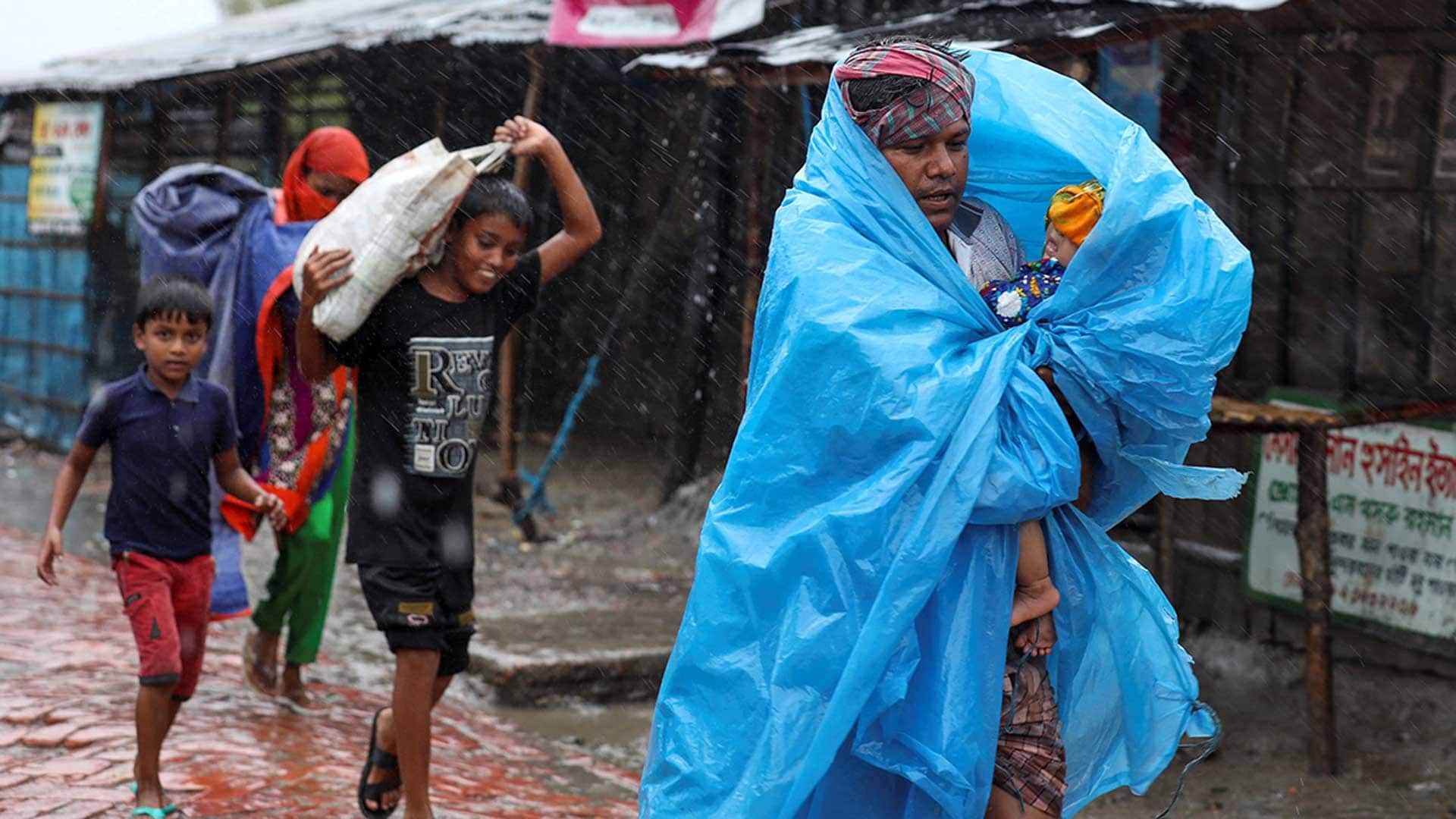 9 months ago
1:58
A large area of eastern India and western Bangladesh has been pummelled by Cyclone Amphan, one of the most powerful storms to hit the region in decades, and the pandemic makes evacuation efforts more complicated. 1:58

An official in the adjoining Hooghly district said thousands of mud homes were damaged by raging winds.

In neighbouring Bangladesh, at least four people were killed, officials said, with power supplies cut off in some districts.

The region, with 58 million people in the two bordering countries, has some of the most vulnerable communities in South Asia: poor fishing communities in the Sunderbans and over a million Rohingya refugees living in crowded camps in Cox's Bazar in Bangladesh.

A woman crushed by a tree and a 13-year-old girl killed near Kolkata were among the first deaths reported in India before phone connectivity snapped. In southern Bangladesh, a volunteer in a cyclone preparedness team drowned when a boat capsized in a canal.

"The next 24 hours are very crucial. This is a long haul," said M. Mohapatra, India's meteorological chief.

The cyclone made landfall between Digha, a seaside resort in West Bengal, and the Hatiya Islands in Bangladesh. The eye of the storm was likely to pass through the Sunderbans, one of the largest mangrove forests in the world, India's meteorological department said.

The forests could act as a vital line of defence by dissipating some of the energy from the waves that would otherwise crash into the coastline, said K.J. Ramesh, the department's former chief. But the isolated communities in the vast mangrove forests are among the most vulnerable. Ghosh said houses could be inundated, and mud homes had already washed away.

The combination of the virus and cyclone could lead to a "new humanitarian crisis," said Manuel Pereira, deputy chief of mission for the International Organization for Migration in Bangladesh.

"We know that if people are forced to seek communal shelter, they'll be unable to maintain physical distancing and run the risk of contracting or transmitting the virus."

Masks and hand sanitizers were hastily added to emergency items in the shelters.

Sobrato Das, a fisherman in Mousuni Island in India, close to the Sunderbans, described the shelters as crowded.

He said children were crying, and women desperately tried to cover their faces with their saris while trying to maintain some distance from each other.

Some cyclone shelters in West Bengal were being used for quarantining COVID-19 patients and migrant workers returning to their homes.