Death toll from Cyclone Idai in Africa officially over 1,000

The death toll from the cyclone that ripped into southern Africa last month is now above 1,000, while the number of cholera cases among survivors has risen above 4,000.

More than 600 of the deaths have been reported in Mozambique, with Zimbabwe and Malawi also hard hit

The death toll from the cyclone that ripped into southern Africa last month is now above 1,000, while the number of cholera cases among survivors has risen above 4,000.

The United Nations has described Cyclone Idai, which hit Mozambique, Zimbabwe and Malawi nearly a month ago, as "one of the deadliest storms on record in the southern hemisphere."

Zimbabwe's information minister on Tuesday said the death toll in that country has risen to 344. Mozambique has reported 602 deaths and Malawi at least 59.

Zimbabwe's efforts are now "confined to recovery of the deceased," and the government will send pathologists to Mozambique to help identify bodies, said Information Minister Monica Mutsvangwa. An unknown number of Zimbabweans were washed down mountainsides into Mozambique, which also has turned from search and recovery efforts to relief work providing food and shelter to survivors.

Zimbabwe, whose economy is badly struggling, said it needs $612 million US to assist survivors and has appealed for international support.

A final death toll is yet to be established and might never be known.

A cholera outbreak among survivors was declared in Mozambique on March 27 and had led to 4,072 cases and seven deaths as of Tuesday morning, according to government figures.

Most of the cases of the acute diarrheal disease have been in Mozambique's hard-hit port city of Beira, where running water recently was restored. The system, however, reaches just 60 per cent of the population of roughly 500,000. 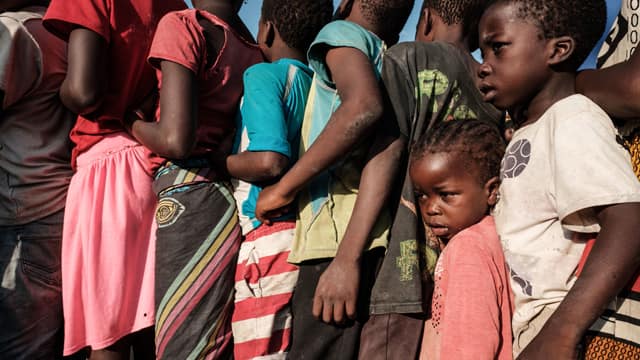 2 years ago
5:27
The CBC’s Nahlah Ayed discusses aid efforts in Buzi, Mozambique, as well as what’s next for the region and village that experienced the worst of the flooding after Cyclone Idai. 5:27

More than 745,000 doses of oral cholera vaccine have been distributed since the vaccination campaign launched last week, the government said. Cholera is spread via contaminated water or food and can kill within hours if untreated. Treatment is relatively easy with rehydration and antibiotics.

Now, malaria is a growing concern as floodwaters continue to recede in parts of the sodden region. More than 7,500 cases of the mosquito-borne disease have been reported, the government said.