Cuba's next president won't be a Castro. Here's what that means for Canada.

Cuba's next president will be a non-Castro for the first time in almost 60 years, ending an era in which the island’s revolution was presided over by a generation of charismatic guerrilla leaders with a personal affinity for Canada’s Trudeau family. The power transfer will come at a delicate time for Canada-Cuba diplomacy.

Successor to Raul Castro is likely to be moderate Miguel Diaz-Canel, who greeted Justin Trudeau in 2016

For decades in Cuba, the chants of "Viva Castro!" backed one bloodline, famously uttered even by former Canadian prime minister Pierre Trudeau in 1976. Soon, there may be a different cry in Cuba's streets: "Viva Diaz-Canel!

Cuba's next president won't be a Castro for the first time in nearly 60 years, ending an era in which the island's revolution has been presided over by a generation of charismatic guerrilla leaders with a longtime personal affinity for Canada's Trudeau family.

Power will likely be turned over to a plainspoken moderate, ushering in a delicate period of diplomacy between Canada and the Communist-led island.

What happens next, as 86-year-old Raul Castro steps down after two terms as president, will likely be determined Wednesday at the National Assembly in Havana. In a two-day process, the smart money says that First Vice-President Miguel Diaz-Canel, 57, a popular fixture in the Communist political apparatus, will be announced on Thursday to succeed him.

"This is a harbinger of generational change that's already begun in Cuba," former Canadian ambassador to Cuba Mark Entwistle said.

"He does not come from the older generation of the kind of guerrilla fighters from the mountains who derive a lot of their legitimacy from that historical experience.

"He comes from a different place, he has a very different style, a different way of presenting himself, and he's not from the same centres of political power."

Diaz-Canel is described as a problem-solving party loyalist. He started in politics as a bicycle-riding retail politician in Santa Clara. He has a quieter disposition, and he isn't one of the fiery orators the Castros were. He has, however, been "groomed" for this role, Entwistle said, raising his global profile with frequent trips abroad to meet state leaders and ambassadors.

It was Diaz-Canel who met the Trudeaus on the tarmac in 2016 when Prime Minister Justin Trudeau arrived for his state visit in Havana.

As Cuba's president, he will have to deal with an economy that's stagnating and an antagonistic U.S. administration that has rolled back some of the good will established during Obama's 2015 state visit and thaw.

Although the theory they were subjected to a "sonic attack" has been dismissed, the family members have been removed, apparently in an "abundance of caution," Entwistle said.

The former ambassador doesn't expect the Cuban government to view the shrinking of Canada's diplomatic footprint on the island — even if it only involves relatives — as a slight. The embassy should continue to function as always, he said.

Kirk, however, calls the move "foolish," and believes it's bound to offend.

"I have no doubt that colleagues who are diplomats there are going to be very upset with this decision. In terms of challenges with Diaz-Canel and Canada-Cuba relations, that's tough to say," she said, noting there remains no evidence of earlier reports about an acoustic attack.

On Wednesday, the Cuban government pushed back against Ottawa's decision, saying the withdrawal of diplomats' relatives "lacks justification."

The Cuban foreign ministry statement comes in a potentially trying period for Canada-Cuba relations that won't be helped by the loss of a personal Castro-Trudeau rapport.

The change in leadership will be watched closely in Ottawa, as Canada-Cuba relations have long been buoyed by a warm friendship between Trudeaus and the Castros. Somewhat controversially, the prime minister praised Fidel Castro, Raul's older brother, as a "remarkable leader" in 2016. Fidel Castro served as an honorary pallbearer in 2000 at Pierre Trudeau's funeral in Montreal.

"The [bilateral] relationship is a unique and special one. It's 70 years of unbroken relations," Entwistle said.

Pierre Trudeau became the first NATO leader to visit Cuba in 1976. His 'Viva' salute to Fidel Castro occurs at minute 6:52 in the video below. 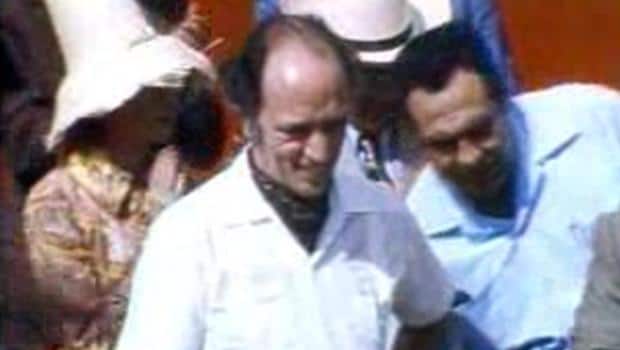 Preserving bonds with Canada will hardly top Diaz-Canel's agenda, though — not while he manages domestic concerns and the struggle for many people to make a living wage.

Although he's expected to continue the reforms introduced by Raul Castro, such as the embrace of some private enterprise, the selling of homes and some broadening of internet services, his transition comes as Cubans are looking for a better quality of life without forsaking the "gifts" of the revolution, including health care and free education, experts say.

Average wages are $30 a month US, infrastructure is crumbling, with roads and homes in disrepair, and Cubans are dealing with a divisive economic system perpetuated by Cuba's double currency system, Kirk said.

"Because of the fall of the Soviet Union, you have what's called an inverted economic pyramid, whereby the people working in the tourist sector are making far more than those who aren't," she said. "A doctor will make $50 to 70 a month, whereas if you work in the tourist sector, you can make in the thousands."

One of Diaz-Canel's challenges will be to create one unified currency at home.

Diaz-Canel apparently has faith that even if he doesn't share the legacy of the Castro name, he will share a socialist vision and "manage the Cuban ship of state much as the revolutionary generation has done," Robert Wright, editor of the book Our Place in the Sun: Canada and Cuba in the Castro Era, said in an email.

"I would not expect to see Diaz-Canel introduce radical changes to Cuban economic policy, for example, or to Havana's relationship with Washington, which is always the top-of-mind foreign-policy issue for Cuban leaders," Wright said.

Nor does Wright foresee a great departure for Canada's "conventional-but-cordial" relationship with Cuba under his leadership.

"It's likely that, for Canadians who would like to see Ottawa push Havana a little more forcefully on human rights and economic reforms, the transfer of power to someone who does not bear the surname Castro will be seen as an opportunity."

Even so, Entwistle stresses that the Cuba-Canada relationship runs deeper and broader than just the Trudeaus and the Castros. About 1.2 million Canadians visit Cuba annually, and Cuba and Canada trade more than $1 billion Cdn worth of goods per year, with joint ventures in mining and tourism.

Diaz-Canel is a pragmatist, the former ambassador said, one who will likely carry on a Castro legacy, maybe with gradual reforms toward privatization.

"While there may no longer be that personal connectivity from the past, that extends to continuing a friendship with Canada as it was," Entwistle said.

Castro's retirement won't necessarily mean he's out of the picture, either. He's likely to continue wielding some influence as head of Cuba's Communist Party.