Cuban capitalism an oxymoron no more

Cuban capitalism, once an oxymoron, now represents a softer kind of revolution as a rising entrepreneur class tests the state's new economic boundaries.

Over 80% of the economy is still state run, but entrepreneurs are making their presence felt

The sun-faded political murals and slogans remain, but new signs of commerce are also sprouting all over Communist-led Havana.

In Old Havana, there's a storefront with a cardboard sign for a private hairdresser. A notice advertising a room for rent in a seafoam-green casa. A sidewalk stand selling pizzas and honey-drizzled flatbreads.

Cuban capitalism, once an oxymoron, now represents a softer kind of revolution — one that takes after the scrappy, rough-and-ready spirit of a people who have lived through more than 50 years of austerity brought on by a U.S. trade blockade.

Ever so slowly, Cuba is opening for business. And some of the money-making ventures have been very shrewd.

For example, enterprising impresarios have hauled back 3D televisions from the U.S., handed out 3D glasses and rented out chairs for home screenings of DVD films like Avatar.

There's also Vistar, the two-year-old digital arts zine which, despite the lack of internet across the island, finds a loyal readership by being circulated via thumb drives, and profits mainly through advertorials.

These albeit modest ventures are testing the new economic boundaries in a nation where citizens have for decades feared 18-year jail terms for illegally slaughtering cattle and selling the meat.

On an island where the average salary is about $20 a month, a wave of entrepreneurs is embracing a free-market model as a way to join Cuba's emerging middle class.

The new business mantra is summed up by Nayvis Diaz Labout, the owner of Taller Vélo, among the first bicycle repair shops in the city.

"You work more, you earn more," the 38-year-old entrepreneur says. "Incentivo," she adds in Spanish.

All of this was made possible by the economic reforms introduced by the government of Raul Castro, who took over the presidency from his ailing brother, Fidel, in 2008.

The new government expanded a list of government-sanctioned private businesses to roughly 200 categories, allowing Cubans to come off the state payroll and become self-employed in businesses ranging from mattress repair to car washes.

Some 85 per cent of the Cuban workforce is still employed by the state. But that could change soon.

On a recent Sunday, customers wheeled in rusty, Chinese-made bicycles for tune-ups while a mechanic took notes on yellowed graph paper.

At the Clandestina boutique in Old Havana, where workers screen-printed T-shirts, the design firm's co-owners Leire Fernandez and Idania del Rio reflected on how far they've come since they opened the retail outlet last February in the former home of a taxi driver.

"We are businesswomen!" Fernandez said. "We have 12 permanent staff. We have contracts. We have a store. Before, it was forbidden … to make clothing and to sell it."

A decade ago, Del Rio added, "you couldn't even find a place to go out and buy a beer to drink."

A privately run pub now operates across the street.

Not far away in the Vedado district is YA! (Spanish slang for "right now"), Cuba's first fast-food "auto express," or drive-through restaurant.

Under a menu displaying burger and pizza combos, a door buzzer is mounted to a speaker box so customers can press a button and dictate their orders.

But the challenges of the trade embargo persist, says cashier and line cook Eloy Jazos Casa.

"He brings the cups back, maybe from the United States. We put our stickers on the cups," Casa says.

Pedro Freyre, a law professor who teaches a course on Cuba at Columbia University in New York, says the bloom in private businesses in Cuba since Castro announced the economic reforms has been "astonishing," most notably in the hospitality and food and beverage sectors.

Private restaurants run out of apartments, known as paladars, cater to tourist crowds and offer elevated service from the government-run cafeterias.

"These are not just rinky-dink startups," Freyre says. "They're beautifully appointed. The food is wonderful. The service is fantastic."

Still, it takes some workarounds to acquire more exotic ingredients.

Greg Biniowsky, a Canadian lawyer who owns Nazdarovie, a Soviet-themed paladar that's housed in a seaside apartment emblazoned with hammer-and-sickle motifs and Communist propaganda posters, has to rely on "friends of friends of friends" to source caviar for a particular cocktail.

One appetizer featuring a dill garnish depends on a local farmer to cultivate the herb just for the dish, Biniowsky says.

"You know what their greatest enemy is? Their bureaucracy. That's the biggest obstacle to them implementing the biggest reforms they need to make."

As popular as the private 3D home movie showings were, for example, Cuba's Council of Ministers cracked down on the unlicensed business practice in late 2013.

And last year, according to YA! employees, civil transportation authorities ordered the fast-food restaurant to block its drive-thru service, reasoning that the set-up was causing traffic congestion.

Business growing pains are to be expected, says Labout, back at the Vélo bike repair show. She plans on lasting, which is why she points to a prominent notice posted to the wall of her shop — "Protección al Clientes." It's a bill of rights of sorts that includes a "satisfaction guaranteed" clause, she explains.

"This is for clients to see how they are important to us," she says. "In this moment, we don't have competition. But in the future? Maybe we will." 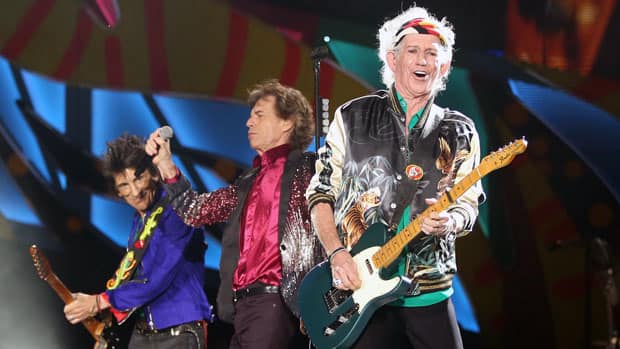