Canada to repatriate citizens on coronavirus-hit cruise ship in California

Canada has secured a plane in its effort to repatriate Canadians on board the coronavirus-hit Grand Princess cruise ship which is currently quarantined off the coast of California, Global Affairs said in a statement on Sunday.

Passengers to be flown to CFB Trenton and undergo quarantine, says Global Affairs

Canada has secured a plane in its effort to repatriate Canadians on board the coronavirus-hit Grand Princess cruise ship which is currently quarantined off the coast of California, Global Affairs said in a statement on Sunday.

"The plane will bring passengers from San Francisco to Canadian Forces Base Trenton, after which they will be assessed and undergo a 14-day quarantine," the statement read.

"Given our shared border, Canada recognizes the importance of working together with the United States to limit the spread of COVID-19 within North America and abroad."

The Grand Princess cruise ship — where 19 crew members and two passengers have tested positive for the virus — was headed to the port of Oakland, Calif., after idling off San Francisco for days. There is evidence the ship was the breeding ground for a deadly cluster of almost 20 cases during an earlier voyage.

"Those that will need to be quarantined will be quarantined," U.S. Vice-President Mike Pence said. "Those who will require medical help will receive it." 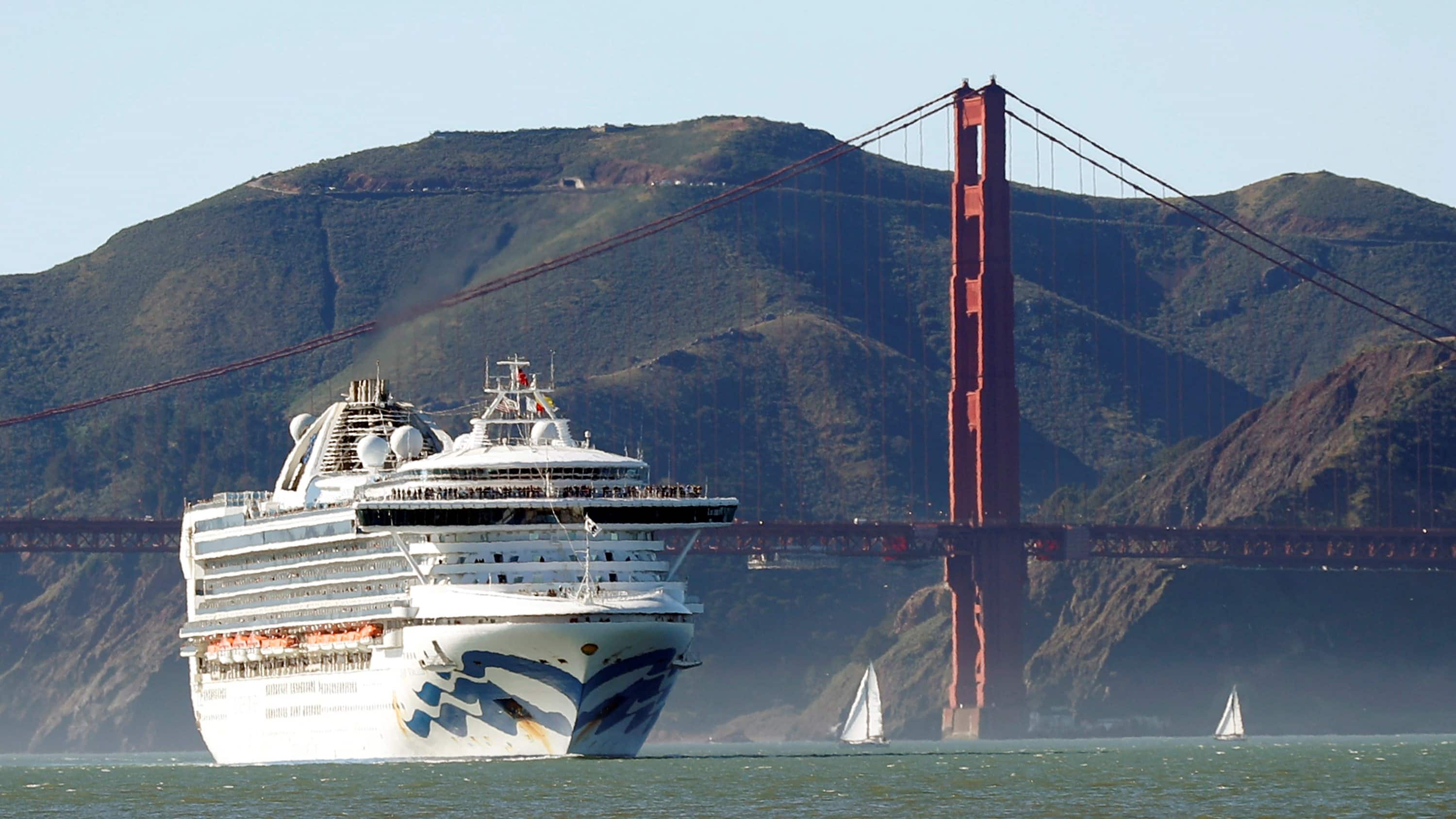 Not getting too close: Test kits for COVID-19 dropped to cruise ship by California Air National Guard

8 months ago
0:47
As many as 100 guests and crew members aboard Grand Princess will be tested because of cases linked to another voyage. 0:47

The ship, which is carrying more than 3,500 people from 54 countries, including 237 Canadians, is expected to reach Oakland on Monday. Passengers are expected to begin disembarking the same day, according to a statement from Princess Cruises.

The port at Oakland was chosen because of its proximity to an airport and a military base, California Gov. Gavin Newsom said. He said it could take up to three days to prepare the port site and get everyone off the ship.

The crew will be quarantined and treated aboard the ship, which will dock elsewhere, Newsom said.

The U.S. Department of Health and Human Services said it was "working closely with the home countries of several hundred passengers to arrange for repatriation to their countries."

It also said American passengers of the Grand Princess cruise ship will be taken to military bases in California, Texas and Georgia to be tested for the COVID-19 virus and to spend a 14-day quarantine.

A second cruise ship was being held in the U.S. on Sunday, this one off the coast of Florida. The Regal Princess was supposed to dock in Port Everglades on Sunday morning but was instead sailing up and down the coast, the Miami Herald reported.

The ship is awaiting test results on whether two crew members who transferred there from the Grand Princess have contracted the new coronavirus. The Coast Guard delivered testing kits to the Regal Princess Sunday morning and the U.S. Centers for Disease Control and Prevention issued a "no-sail order" for the ship.

It is not immediately clear if there are Canadians onboard.

The U.S. death toll from the virus is at 21, with all but three victims in Washington state. The number of infections swelled to more than 400, scattered across the U.S.

'Back in our homeland'

The news of Canada's repatriation efforts came as a relief to Canadians onboard the the Grand Princess, including Kara and Mark Schiestel of Saskatchewan.

"At least we will be back in our homeland," Kara said of the plan to CBC News.

For the last four days, the couple — who own a large organic grain and cattle farm near the town of Alameda — have been cooped up inside their cramped three-by-six metre room. But Kara says they are "doing good."

"The time has given us time to reflect," Kara said. "We have a busy year of farming ahead of us and calving is just starting. Thankfully we have a great bunch of kids back home. The time alone with each other has proven that [Mark] is much better at cards than me."

While Kara has an underlying health condition that she believes makes her high-risk, she is staying positive.

"I'm a little worried cause you deal with a lot of staff regularly on a cruise," she said. "But I have faith everything will be OK."

Ian Graylish from Toronto has been on the ship since Feb. 21.

"I'm really thankful the Canadian government is getting us out of there, because the things we've been hearing from the U.S. government haven't been very comforting," he told CBC News, noting the response from the Trump administration.

"At the same time, the idea of going to Trenton for 14 days [for quarantine] ... it's not something I planned on doing after being away for a couple of weeks already."

In Canada, Ontario's health ministry announced three new case of COVID-19, meaning that there are now 31 confirmed cases of the illness in the province.

The ministry said the new cases include two women in their 40s and 60s, and a man in his 60s 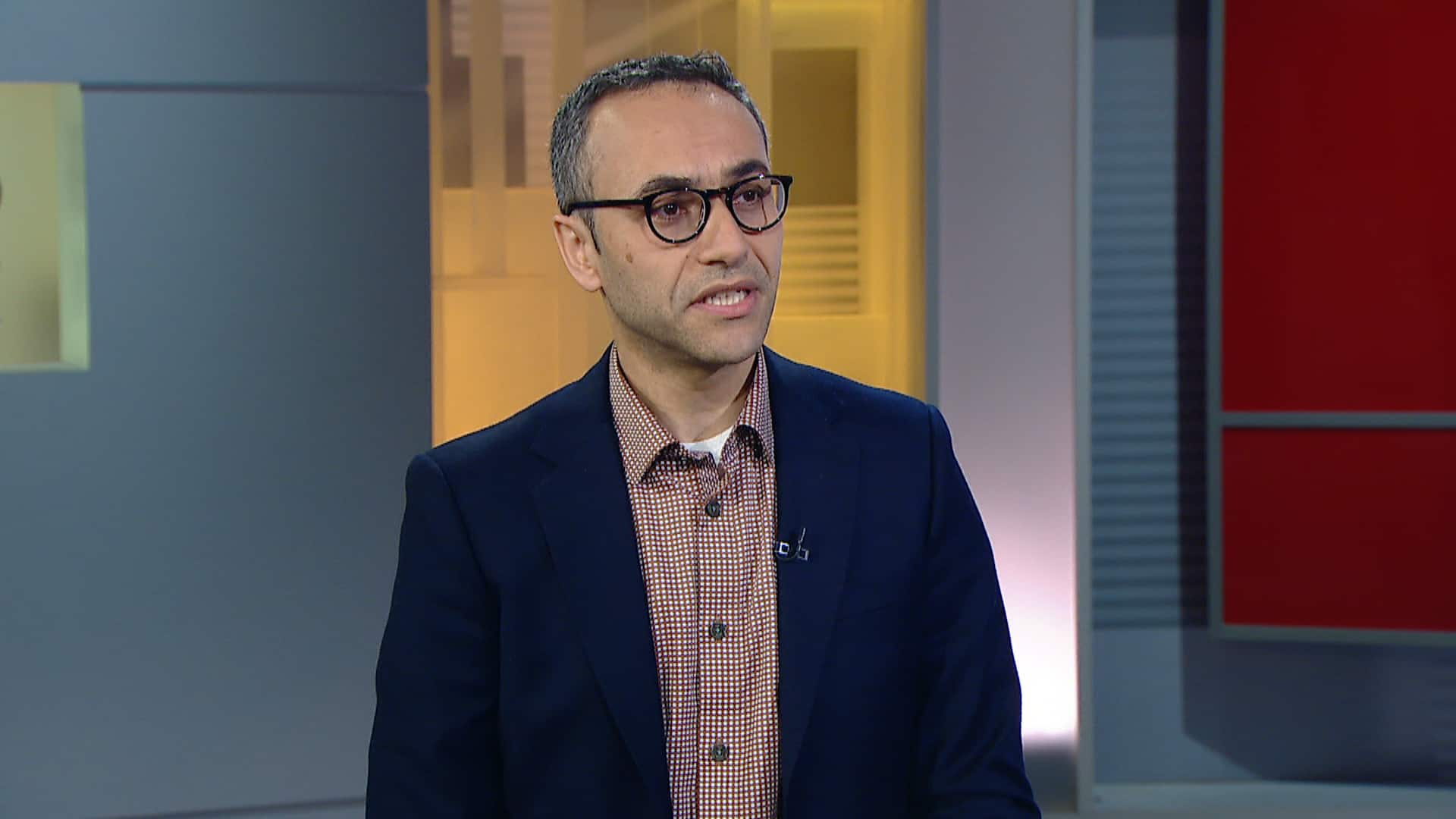 8 months ago
5:56
Dr. Abdu Sharkawy wants more focus on constructive practices to prevent coronavirus infection like handwashing, avoiding unnecessary travel and being cautious with elderly people, rather than spreading fear. 5:56

The new case was detected in the Montérégie region, southeast of Montreal, in a person who returned from a cruise. Authorities say they're still working to track the patient's movements.

"All the cases of COVID-19 to date are travel-related and recovering in isolation at home with support from public health officials. As soon as these cases were identified last night, we took immediate action to protect the public," said Dr. Deena Hinshaw.

Himshaw said three of the four patients are connected to the Grand Princess cruise ship.

She said the fourth is a person who came in close contact with someone who had recently travelled in Europe.

There are 61 confirmed cases in Canada — including 27 confirmed in B.C. — and five presumptive. There have been no reported deaths so far.

A woman in her 80s who was in critical condition at Vancouver General Hospital is now in stable condition.

With files from Guy Quenneville and The Associated Press