WHO chief on COVID-19: 'This is a time for pulling out all the stops'

Nations around the world girded for months of disruptions from the novel coronavirus Thursday as its unrelenting spread brought ballooning infections, economic fallout and sweeping containment measures. 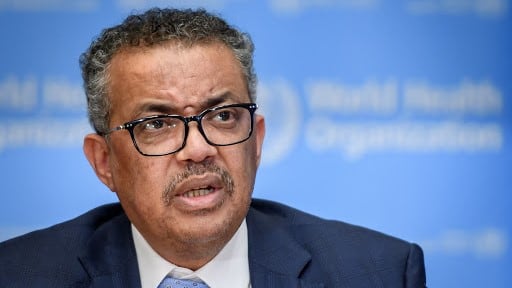 Countries failing to show political commitment to outbreak, warns WHO

12 months ago
1:23
The World Health Organization says heads of state not health officials should be co-ordinating a government-wide approach to coronavirus. 1:23

Nations around the world girded for months of disruptions from the coronavirus Thursday as its unrelenting spread brought ballooning infections, economic fallout and sweeping containment measures.

Tedros Adhanom Ghebreyesus, head of the World Health Organization (WHO), said Thursday that 95,265 cases have been reported around the world, with 3,281 deaths.

Tedros said WHO is concerned that in some countries, "the level of political commitment, and the actions that demonstrate that commitment, do not match the level of threat we all face."

In places around the globe, a split was developing.

China has been issuing daily reports of new cases, that are drastically down from their highs. Factories there are gradually reopening and there is a growing sense that normalcy might not be that far off.

Dr. Bruce Aylward, a Canadian who serves as a senior adviser to Tedros, told CBC News Network that border restrictions aren't the way to go. He said the "big thing" health officials and governments can do is educate the public about what really helps prevent the spread of disease, like handwashing.

WATCH: Dr. Bruce Aylward talks about what can be done to slow spread of COVID-19 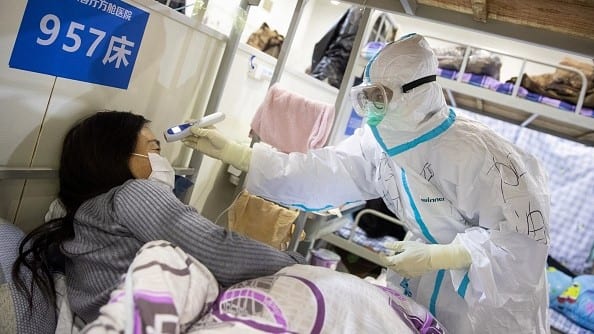 12 months ago
5:45
Dr. Bruce Aylward says Canada is doing a 'superb' job on the fundamentals to help reduce transmission of the virus. 5:45

Aylward, who recently led a WHO mission to China, said unlike flu, it's possible to get ahead of COVID-19, which provides a window to "reduce disease and save lives."

Read on for a look at what's happening in Canada and the U.S, as well as some of the hard-hit regions around the world.

A second case of the coronavirus was confirmed in Quebec on Thursday. Quebec's public health agency announced the presumptive case in the morning and later received confirmation from the National Microbiology Laboratory in Winnipeg. The patient in question recently returned from a trip to India.

Thursday evening, Quebec public health officials confirmed there is a third presumptive case of COVID-19 in the province. The patient travelled to France and learned she'd been in contact with someone infected with the coronavirus.

The person was in self isolation, then went to a hospital in southwestern Quebec to be tested. 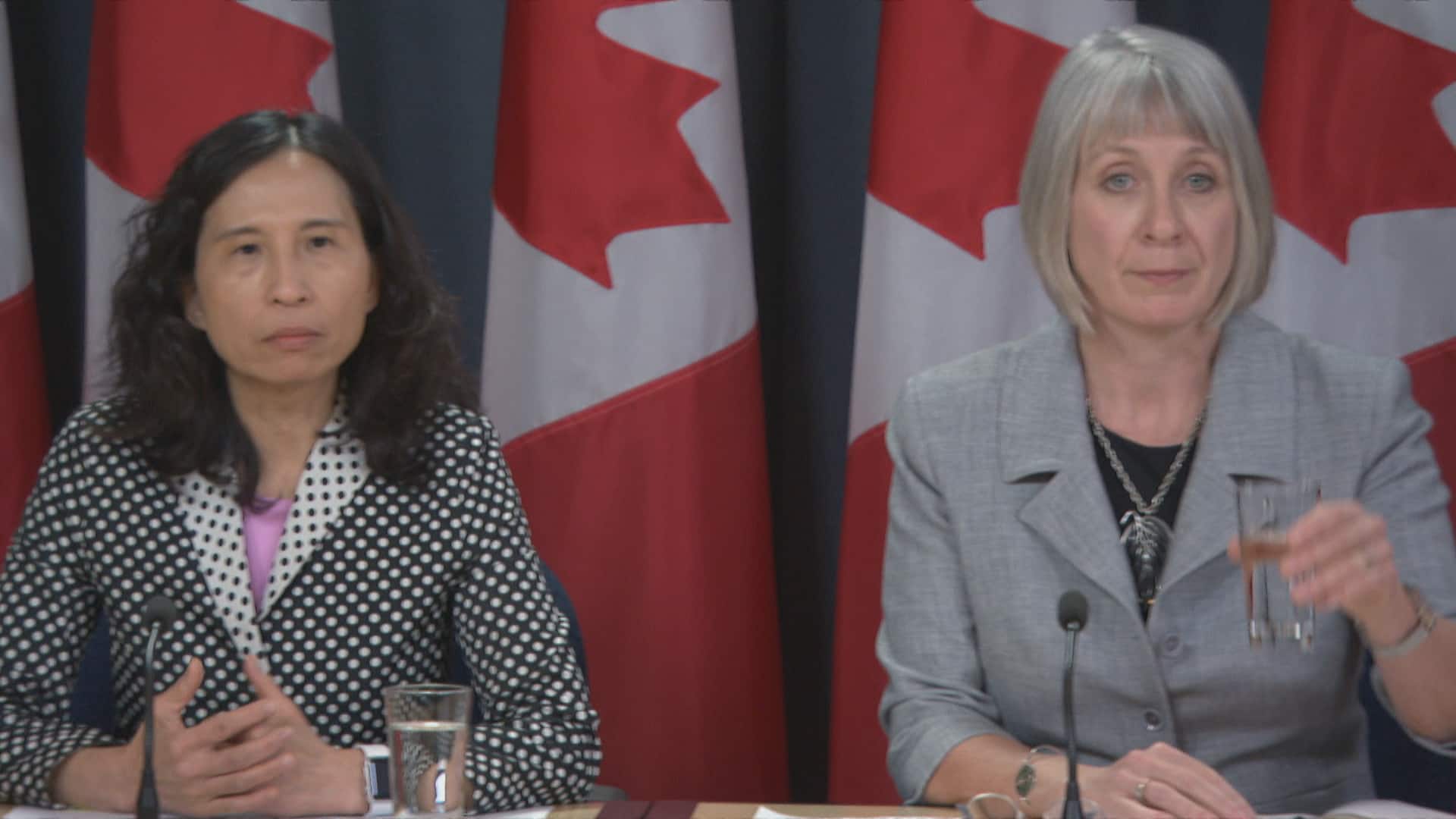 12 months ago
2:28
Health Minister Patty Hajdu and Chief Public Health Officer Theresa Tam say they are working with local and provincial health officials to ensure they are prepared for the possibility of a community outbreak of COVID-19. 2:28

British Columbia identified eight more presumptive cases on Thursday. There have now been 21 positive tests for the coronavirus in B.C., including 13 linked to the outbreak in Iran.

Among the new cases is a woman who has no recent travel history. Provincial health officer Dr. Bonnie Henry said officials have launched a detailed investigation into how the patient was infected.

The Public Health Agency of Canada, which assesses the situation on an ongoing basis, says the risk in Canada is low.

Here's what's happening in the U.S.

Dozens of new COVID-19 cases were reported across the U.S. on Thursday, including the first cases in Tennessee, Texas, Maryland, Nevada and in San Francisco. The number of people with the illness in Washington also state nearly doubled to 70.

California Gov. Gavin Newsom declared a statewide emergency after the first death in the state from the virus.

A cruise ship that has been quarantined off the coast of California by public health officials over fears of a possible COVID-19 outbreak includes 235 Canadian passengers, Global Affairs Canada has confirmed.

According to a department statement, there are no confirmed cases on board the Grand Princess. 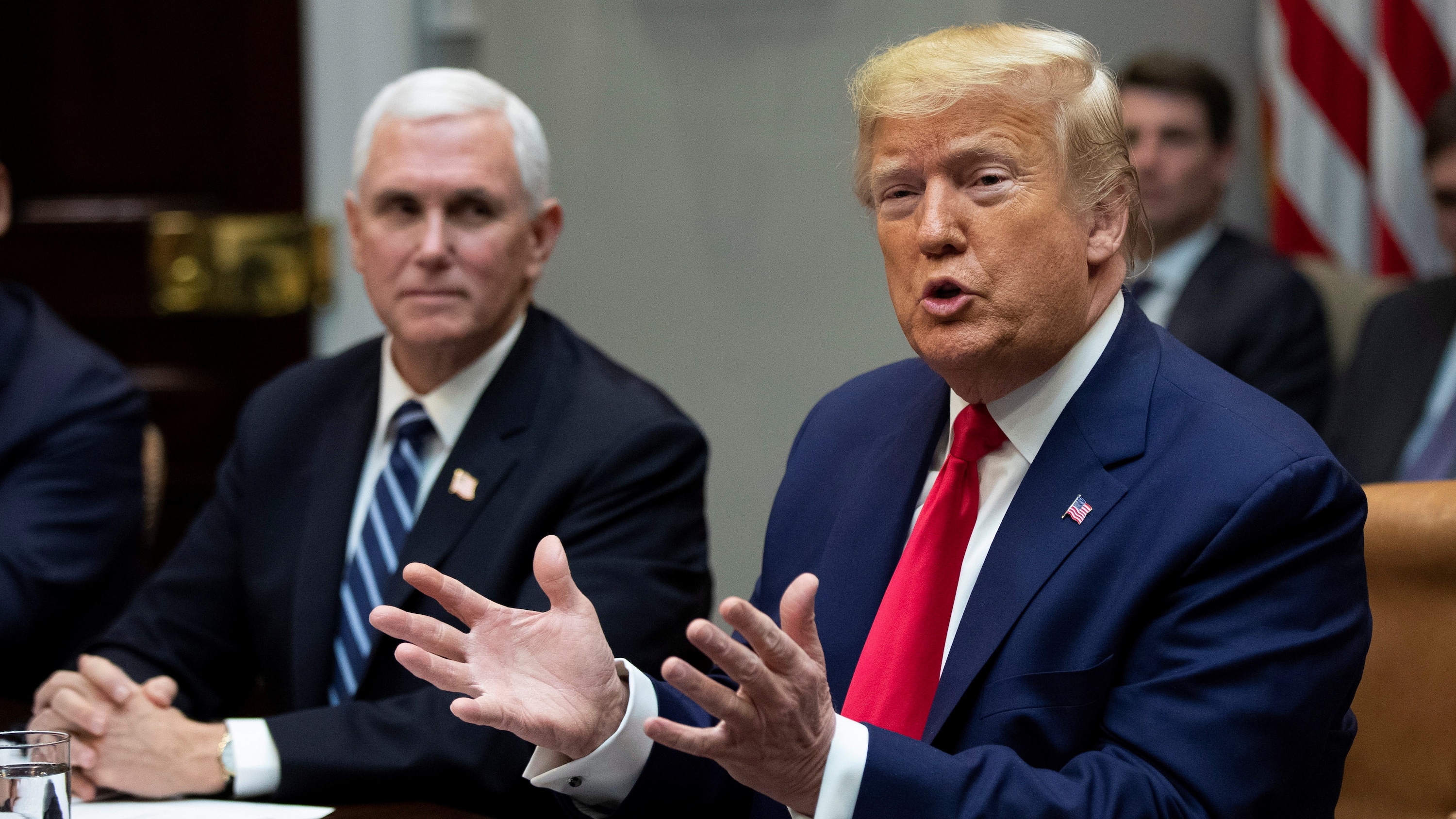 12 months ago
1:45
When it comes to outbreaks, politics can inspire complacency or panic, says Laurie Garrett, a global health expert at the Council on Foreign Relations. 1:45

In the Seattle area of King County, where there have been at least 10 deaths, officials announced they are buying a $4 million US motel to put COVID-19 patients under quarantine. The deal is expected to close on Friday and officials hope to have the first patients there within days.

Officials said Thursday 11 people have died in Washington state — including those in King County — bringing the U.S. death toll to 12. The number of infections swelled to over 200.

U.S. Congress on Thursday passed an $8.3 billion US bill to combat the virus and develop vaccines.

Tedros, the WHO chief, said officials are seeing some "encouraging" signs in South Korea which, with Iran and Italy, have seen the most cases outside China, which itself accounts for the vast majority of cases and deaths.

In South Korea, Tedros said, the number of new cases appears to be declining and those that are being reported "are being identified primarily from known clusters."

The country declared a "special care zone" on Thursday — around Gyeongsan, a city of about 275,000 people 250 kilometres southeast of Seoul — and the U.S. military confirmed two new cases among relatives of its troops in South Korea.

Mainland China had 143 new, confirmed cases on Thursday, the country's National Health Commission said on Friday, up from 139 cases a day earlier. The death toll rose by 30.

The total number of confirmed cases in mainland China so far stands at 80,552, and the death toll was 3,042.

Japan said Thursday it will impose 14-day quarantine on people arriving from China and South Korea to prevent spread of the virus.

Earlier, Olympics minister Seiko Hashimoto signalled the Summer Games would go ahead as planned in July and August, even as the outbreak spread to new regions.

"The patient is a 38-year-old male who travelled to Italy with his wife. They were part of a group of 10 people and they arrived back in South Africa on March 1, 2020," the ministry said.

Brazil has eight confirmed cases of COVID-19 Thursday, the Health Ministry said Thursday. That's up from three the day before.

The ministry said it has registered its first case of local transmission within the country, whereas previous infections were among people who contracted the virus abroad and then travelled to Brazil.

Italy's government has adopted a decree with emergency new measures to contain the coronavirus as it struggles against the worst outbreak in Europe, which has killed at least 148 people.

The cumulative number of cases in the country, which has been hardest hit by the virus in Europe, totalled 3,858, up from 3,089 on Wednesday. The head of Italy's Civil Protection Agency said that of those originally infected, 414 had fully recovered versus 276 the day before.

The decree covers everything from how to handle public events to protocol for how people can access emergency departments.

Here's a look at some of the key points of the Italian decree:

In Switzerland, a 74-year-old woman died after contracting the novel coronavirus, the country's first death from the rapidly spreading disease outbreak. She was a high-risk patient suffering from chronic disease, authorities said.

In Germany, the number of cases jumped by 109 within a day, a public health institute said on Thursday. As of Thursday morning, there were 349 cases spread across all but one federal state, up from 240 on Wednesday morning and compared with 262 on Wednesday afternoon, the Robert Koch Institute said.

In the U.K., a patient with an underlying health condition in southeast England has died after testing positive for the novel coronavirus, the first person in the country to succumb to the disease. The person, who was not identified, is among the 115 people in the U.K. who have tested positive for the virus.

Health authorities in Ireland on Thursday reported the first community transmission of coronavirus. The number of cases in the country rose to 13 from six a day earlier.

In France, three more people have died — taking the total to seven — while the number of confirmed infections rose by 138 to 423, a health official said. A total of 23 people are in very serious condition, health agency director Jerome Salomon said at a daily briefing about the virus.

Hungary has confirmed a third case of the coronavirus, after a Hungarian man who had returned from Milan to the eastern city of Debrecen on Feb. 29 tested positive, the government said on its official website on Thursday. The first two cases, confirmed on Tuesday, had both been Iranian students in the country.

Iran will set up checkpoints to limit travel between major cities and urged citizens on Thursday to reduce their use of paper money to fight a spreading outbreak of the novel coronavirus, which has killed at least 107 people across the Islamic Republic.

Iranian state TV reported that Hossein Sheikholeslam, a 68-year-old diplomat and adviser to Iran's foreign minister, died of the coronavirus.

The announcement in Iran came as Palestinian authorities said the storied Nativity Church in the biblical city of Bethlehem, built atop the spot where Christians believe Jesus was born, will close indefinitely later in the day over coronavirus fears. The church was expected to draw tens of thousands of visitors and worshipers next month for the Easter holiday.

These mark the latest disruptions of life due to the virus across the Mideast, which has seen over 3,740 confirmed cases.

Iran's Health Minister Saeed Namaki announced his country's new restrictions at a televised press conference. He added that schools and universities will remain closed through Nowruz, the Persian New Year, on March 20.

He said people should stay in their vehicles at gas stations and allow attendants to fill their gas tanks to avoid the spread of the virus.

Canada on Thursday updated its travel advice for Iran to urge people to avoid all travel to the country.

With files from Kathleen Harris, CBC News and Reuters