Florida has reported 9,488 new confirmed cases and 67 deaths, a day after setting a new daily record with more than 10,000 cases.

The state's health department's tally of hospitalizations was higher Friday at 341 new admissions, one of the biggest daily increases since the pandemic began. Statewide, about 20 percent of ICU beds are currently available, though some hospitals have additional capacity that can be turned into ICU units.

"This is not a partisan issue; this is an issue of life and death," the legislators said in a letter to DeSantis. "This small but important gesture will have big consequences for the greater good."

Citing staffing shortages at local hospitals, Miami-Dade Mayor Carlos Gimenez issued a curfew that begins Friday night and will be in place indefinitely. The order closes casinos, movie theatres and other entertainment venues.

"This curfew is meant to stop people from venturing out and hanging out with friends in groups, which has shown to be spreading the virus rapidly," Gimenez said in a statement.

The Cuban-born Republican had previously announced beaches would be closed over the July 4 weekend.

The U.S. is heading into the holiday weekend with many parades and fireworks displays cancelled, beaches and bars closed and health authorities warning that this will be a crucial test of Americans' self-control that could determine the trajectory of the surging coronavirus outbreak.

With confirmed cases climbing in 40 states, governors and local officials have ordered the wearing of masks in public, and families were urged to celebrate their independence at home. Even then, they were told to keep their backyard cookouts small. 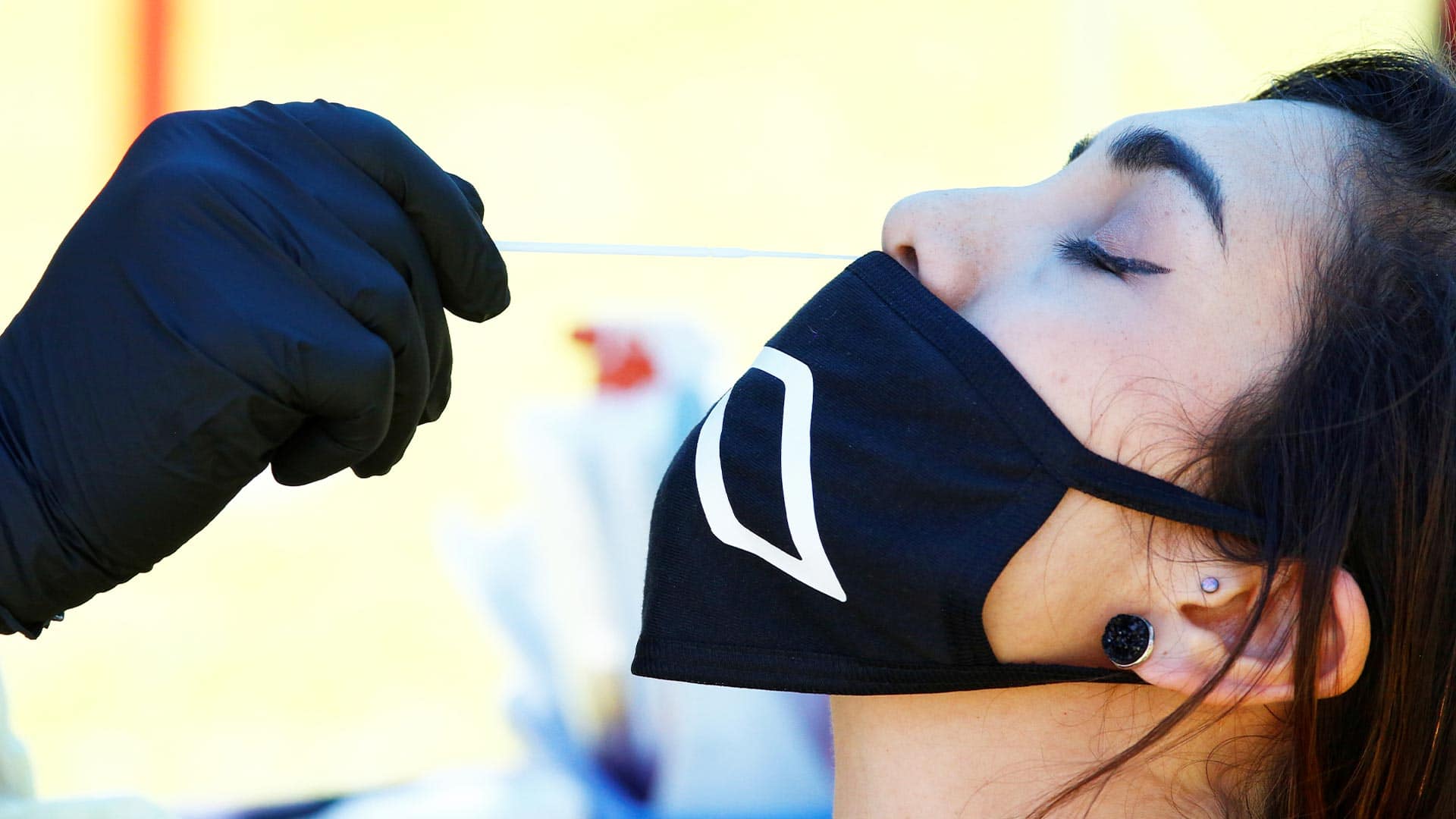 5 months agoVideo
2:01
The U.S. has recorded its biggest daily increase in coronavirus cases since the pandemic began, and there are fears the July 4 weekend will make things worse. 2:01

"We're not going to be arresting people for having gatherings, but we're certainly going to discourage it," said Dr. Jeff Duchin, public health director for Seattle and King County.

The warnings were sounded after a Memorial Day weekend that saw many people emerge from stay-at-home orders to go to the beach, restaurants and family gatherings. Since then, confirmed infections per day in the U.S. have rocketed to an all-time high, more than doubling.

The U.S. set another record on Friday with 52,300 newly reported COVID-19 cases, according to the tally kept by Johns Hopkins University, bringing the total number in the U.S. to nearly 2.8 million. Nearly 130,000 people have died.

Arizona, California, Florida and Texas have been hit especially hard.

Arizona has reached new peaks in hospitalizations and emergency room visits, indicating the state is intensifying as a coronavirus hot spot. State health officials say the capacity of intensive care units is at an all-time high of 91 per cent. The state reported Friday 4,433 confirmed cases and 31 deaths. The total stands at 91,858 cases and 1,788 deaths.

President Donald Trump planned to travel to South Dakota on Friday for a fireworks show at Mount Rushmore before returning to the nation's capital for military flyovers Saturday as well as a mile-long pyrotechnics display show on the National Mall. Up to 300,000 face masks will be given away, but not required.

The big party will go on over objections from Washington's mayor.

"Ask yourself, do you need to be there? Ask yourself, can you anticipate or know who all is going to be around you? If you go downtown, do you know if you're going to be able to socially distance?" Mayor Muriel Bowser said.

Beaches that had been open for the traditional start of summer over Memorial Day weekend will be off-limits in many places this time, including South Florida, Southern California and the Texas Gulf Coast.

What's happening with COVID-19 in Canada

As of 7:15 p.m. ET on Friday, Canada had 105,091 confirmed and presumptive coronavirus cases. Provinces and territories listed 68,693 of the cases as recovered or resolved. A CBC News tally of deaths based on provincial reports, regional health information and CBC's reporting stood at 8,712.

The Atlantic bubble starts Friday, allowing travellers from within the four provinces to cross borders without having to self-isolate for 14 days. Each province has its own set of rules for visitors.

Travellers within the Atlantic provinces will not be required to self-isolate after crossing the borders. However, public health and proof of residency screening — showing a driver's licence or health card — will be maintained at points of entry.

Visitors from other Canadian provinces and territories must adhere to the local entry requirements in place in each of the four jurisdictions. Other Canadian visitors to the Maritime provinces who have self-isolated for 14 days may travel within the region, but not to Newfoundland and Labrador, said P.E.I. Premier Dennis King.

As of Friday, Nova Scotia and New Brunswick are the only Atlantic provinces with active cases, both currently having three, with N.S. recording two new cases this week.

Neither Canada nor the United States is on a newly released U.K. government list of countries whose residents won't have to self-isolate for 14 days when they arrive in Britain.

The U.K. government unveiled the list on Friday. It includes almost 60 countries deemed "lower risk" for the coronavirus, including France, Spain, Germany and Italy.

Travellers won't have to go into isolation if they didn't visit any other country or territory in the preceding two weeks before they arrive in Britain.The quarantine exemptions will start on July 10. 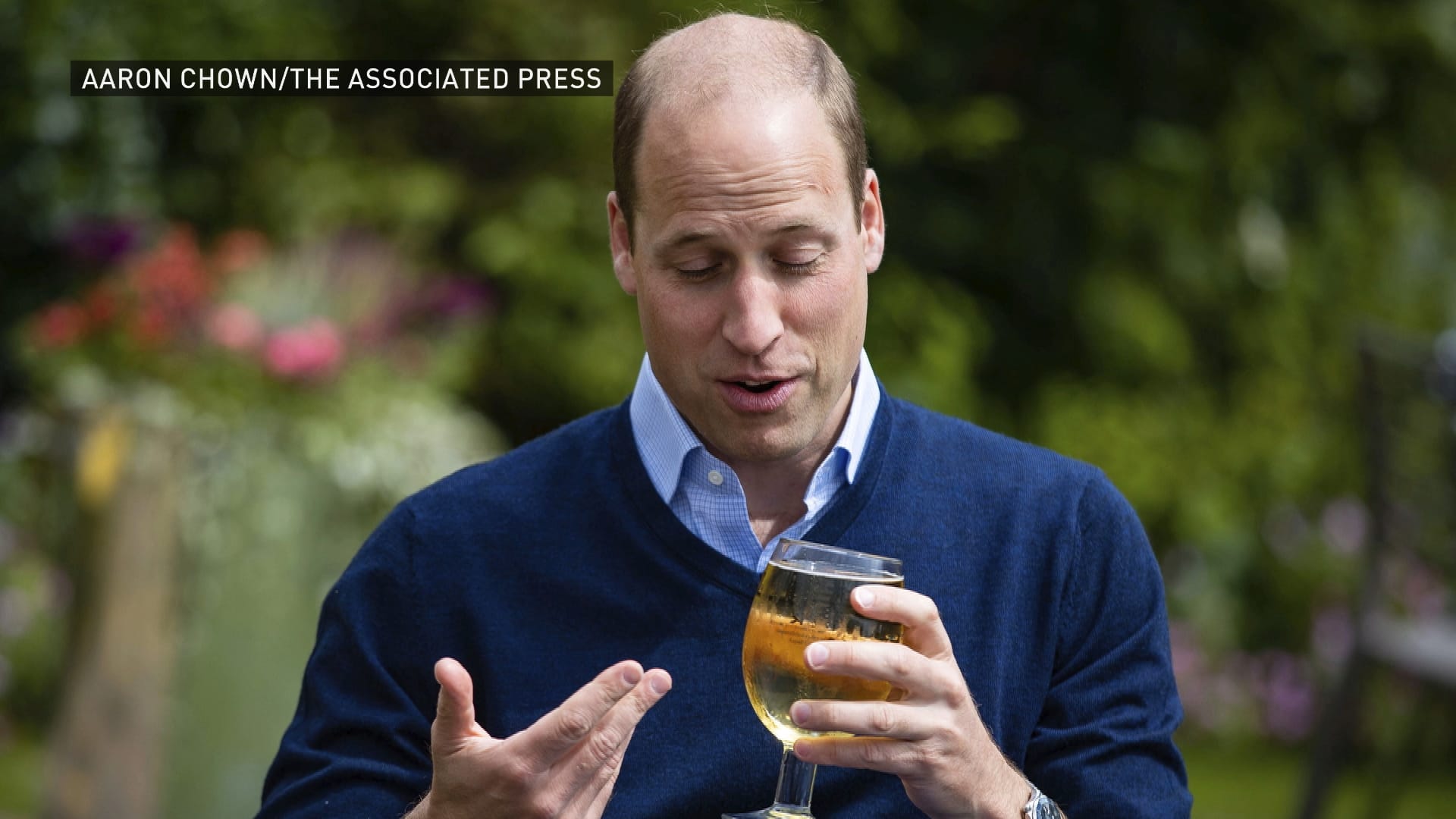 While Canada is not on the list, the U.K. said that beginning July 4, Canada will be exempt from its Foreign Office advice against all non-essential international travel. This is based on the current assessment of COVID-19 risks, the U.K. government said on its travel advisory website.

News of the travel exemptions came as Britain takes its biggest step yet out of lockdown with the reopening in England of restaurants, pubs and hairdressers, along with secular and sacred venues, including cinemas and churches.

Brazil registered 42,223 additional coronavirus cases in the past 24 hours, the Health Ministry said on Friday, bringing the total tally to 1,539,081, the second-worst outbreak in the world behind the United States.

In Rio de Janeiro, crowds gathered to drink on the sidewalk of an upscale beach-side neighbourhood on Thursday night, the first evening bars in the city were allowed to reopen.

Pictures of the revelry in Leblon, where few were wearing face masks and people were huddled close together, went viral on social media drawing condemnation and concern.

The city has more than 22,000 cases and Gauteng province, which also includes the capital, Pretoria, now has nearly 30 per cent of the country's cases.

South Africa has Africa's most confirmed cases with more than 168,000.

The country has the most developed health-care system in sub-Saharan Africa and in places it's already pushed near the limit, with more than 2,000 health-care workers infected and beds in Gauteng's public hospitals filling up.

Australian authorities are considering locking down more suburbs in Melbourne, where 66 new coronavirus cases were reported.

Victoria state Premier Daniel Andrews said suburbs with more than five cases and a high infection rate could be added to the 36 suburbs that have been locked down since Wednesday.

Sydney, Australia's largest city, said a man who recently tested positive had been working in a Balmain supermarket.

Around 50 supermarket staff have gone into isolation. Health authorities have urged people who have visited the supermarket and show symptoms to be tested.

South Korea has reported 63 newly confirmed cases of COVID-19 as health authorities scramble to mobilize public health tools to the southwestern city of Gwangju, where more than 50 people were found sickened over the past week.

The figures announced by the Korea Centers for Disease Control and Prevention on Friday brought the national caseload to 12,967 infections, including 282 deaths.

Thirty-one of the new cases were reported from the Seoul metropolitan area, which has been at the centre of a virus resurgence since late May.

Six of the new cases came from Gwangju, where officials have raised concern over possible shortages in hospital capacities, while 13 of them came from the southeastern city of Daegu, which had been the epicentre of a major outbreak in February and March.

The municipal government of Gwangju, which had one of the smallest caseloads among major South Korean cities before this week, has shut hundreds of schools and banned gatherings at wedding halls, banquet facilities and senior welfare centres to stem the transmissions.

Despite the warning, Kim reaffirmed North Korea's claim to not have had a single case of COVID-19, telling a ruling party meeting Thursday that the country has "thoroughly prevented the inroad of the malignant virus" despite the worldwide health crisis.

Describing its anti-virus efforts as a "matter of national existence," North Korea earlier this year shut down nearly all cross-border traffic, banned tourists and mobilized health workers to quarantine anyone with symptoms. Experts say the country's self-imposed quarantine is hurting an economy already battered by stringent U.S.-led sanctions over its nuclear weapons and missile program.

India reported another single-day record high of new virus cases Friday while its monuments like the Taj Mahal will reopen for tourists next week.

With the current rate of infections, India is expected to surpass Russia's 660,000 cases in the coming days and become the third worst-hit country after the U.S. and Brazil. It has the eighth-most fatalities in the world, according to a Johns Hopkins University tally, but both numbers are thought to be far higher than has been confirmed.

After a strict two-month lockdown, India has eased its restrictions in most of the country except for the highest-risk areas.

Officials in China's capital city say 10 million people have been tested for the coronavirus.

Samples had been collected from 10.4 million people, about half the city's population, through Thursday and tests had been completed on nearly 10.1 million, according to Zhang Qiang, a Communist Party official,

Starting Saturday, officials say Beijing will lift a requirement that anyone leaving the city must have a negative coronavirus test result within the past seven days. Authorities imposed the testing requirement and restricted outbound travel after an outbreak emerged three weeks ago.

Beijing officials reported two new cases in the previous 24-hour period, raising the total confirmed in the three-week outbreak to 331.