Coronavirus: What's happening around the world on July 24

The World Health Organization reported a record increase in global coronavirus cases on Friday, with the total rising by 284,196 in 24 hours. Deaths rose by 9,753, the biggest one-day increase since April 30.

WHO reports record daily increase in global coronavirus cases, up more than 284,000

The World Health Organization reported a record increase in global coronavirus cases on Friday, with the total rising by 284,196 in 24 hours.

Peru recently reviewed its COVID-19 data and in one day increased its total death toll by 3,000 to a total of more than 17,000 fatalities.

In the United States, where a world-leading 4.1 million cases have been confirmed, White House coronavirus response co-ordinator Dr. Deborah Birx said Friday that recent surges of cases in the southern parts of the country could make their way north and to other areas.

The densely packed New York metropolitan area had been the hardest-hit section of the country for the first three months of the pandemic, but the daily numbers of cases and deaths declined after a strict lockdown. The number of cases has been growing in southern states, including South Carolina, Georgia and Florida, where hospital officials say they desperately need medication to treat the patients filling up beds.

"We have to change our behaviour now before this virus completely moves back up through the north," Birx told NBC's Today.

Birx said it's difficult for people to understand "how deeply you have to clamp down" with physical distancing, handwashing, mask-wearing and avoiding crowds to stem the spread of the virus.

Birx said that's why health professionals have "called out the next set of cities" where they see early warning signs. If those cities make changes now, they "won't become a Phoenix."

WATCH | Can kids wear masks all day, and other school questions: 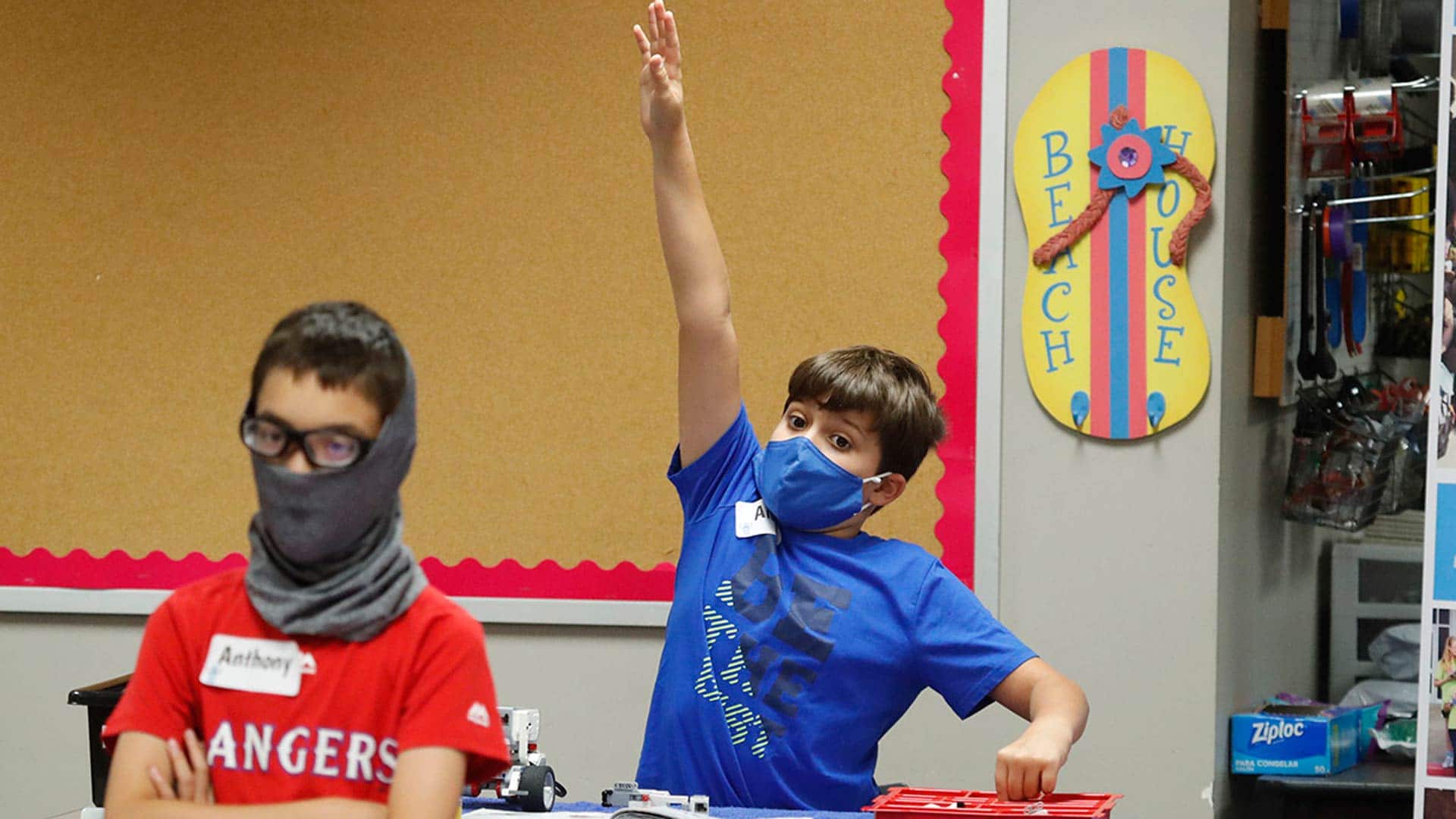 COVID-19: How safe is it for kids to go back to school?

3 months ago
5:29
Doctors answer questions about reopening schools during the COVID-19 pandemic including whether it’s safe and what precautions are needed to mitigate spread of the virus. 5:29

Arizona's Maricopa County, which includes Phoenix, has more than 100,000 confirmed cases and more than 1,600 deaths.

Florida passed 400,000 cases, according to the latest figures Friday morning from its department of health. The state saw 135 more people die from COVID-19, for a cumulative statewide death toll of 5,653, though the single-day death total decreased from the previous 24-hour reporting period.

As of 8 p.m. ET on Friday, Canada has seen 113,206 confirmed coronavirus cases. There are 5,418 active cases overall in the provinces and territories, with 98,873 listed as recovered or resolved. A CBC News tally based on provincial reports, regional health information and CBC's reporting indicates that 8,915 Canadians have died.

The Trudeau government is being pressed to approve funding for a potential, made-in-Canada COVID-19 vaccine to lessen the risk Canadians will have to line up and wait on a foreign-made vaccine.

For instance, health-care professionals have written to Innovation Minister Navdeep Bains to urge him make up his mind on a proposal submitted in April by Providence Therapeutics of Toronto. The company is seeking $35 million to establish whether its vaccine is effective in humans after successful animal trials.

They say Canada has no guarantee it will be at the front of the line for any internationally produced vaccine. They attribute government's slowness to a long-standing public policy problem: a reluctance to partner with pharmaceutical and biotech companies in the same way it has tried to bolster other sectors.

The Windsor-Essex area now has the highest rate of COVID-19 cases in Ontario, the region's top doctor said Friday as community spread and outbreaks on local farms continued to grow.

WATCH | Researcher on how to stay safe as provinces reopen: 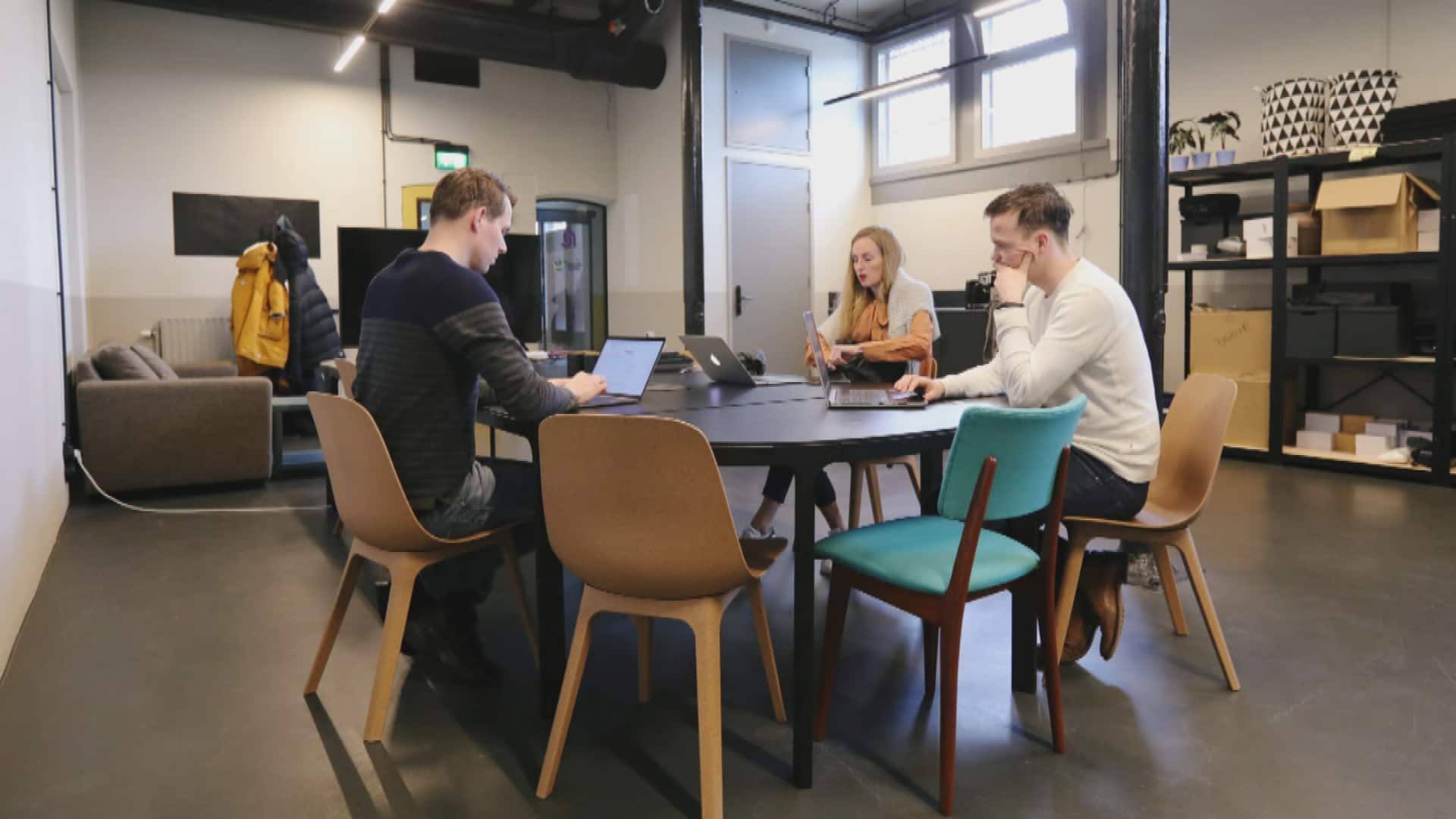 3 months ago
6:32
Whether it's because they're returning to work or socializing more, COVID-19 is becoming more common in young people, says infectious disease researcher Craig Jenne. 6:32

Ahmed said the surge may be attributable to loosened public health restrictions that took effect when the region entered Stage 2 of the provincial economic recovery plan weeks ago. The cases are "stretching" local hospital capacity in Windsor and Leamington, Ont., he added.

Windsor-Essex reported 53 new cases of COVID-19 on Friday, attributing 43 of those to agri-food workers.

Newfoundland and Labrador is reporting one new confirmed case of COVID-19. Health officials said on Friday the case involves a woman in the Eastern Health region between the ages of 20 and 39.

The woman is a resident of the province who had recently returned from travel in Southeast Asia. Officials say the woman was symptomatic during her return home and went into self-isolation upon her arrival.

The province has reported a total of 265 cases of COVID-19, 259 of which are considered recovered.

More than 6,300 people have died in the pandemic in South Africa, which makes up more than half the recorded cases on the African continent.

President Cyril Ramaphosa said Thursday that schools would "take a break" for a month to protect children from the surging infections. Businesses are also feeling the financial impact. There were protests by hospitality and restaurant workers this week, calling for more loosening of lockdown restrictions.

Covas says samba schools that take part in the yearly parade and organizers of street parties have agreed to discuss a new date for the four-day extravaganza, possibly between May and June.

Britain is requiring citizens to wear face coverings in shops effective Friday, joining a long list of countries that have made masks mandatory under some circumstances in response to the coronavirus pandemic.

After weeks of prevarication and days of confused messaging, Prime Minister Boris Johnson's government laid down the mask edict on July 13 due to "growing evidence that wearing a face covering in an enclosed space helps protect individuals and those around them from coronavirus."

Many European nations, including Germany, Spain, Italy and Greece, already required masks to be worn in enclosed spaces, but Britain had only made masks obligatory on public transit.

Those who flout the law can be fined up to 100 pounds ($170 Cdn) by police under public health laws. 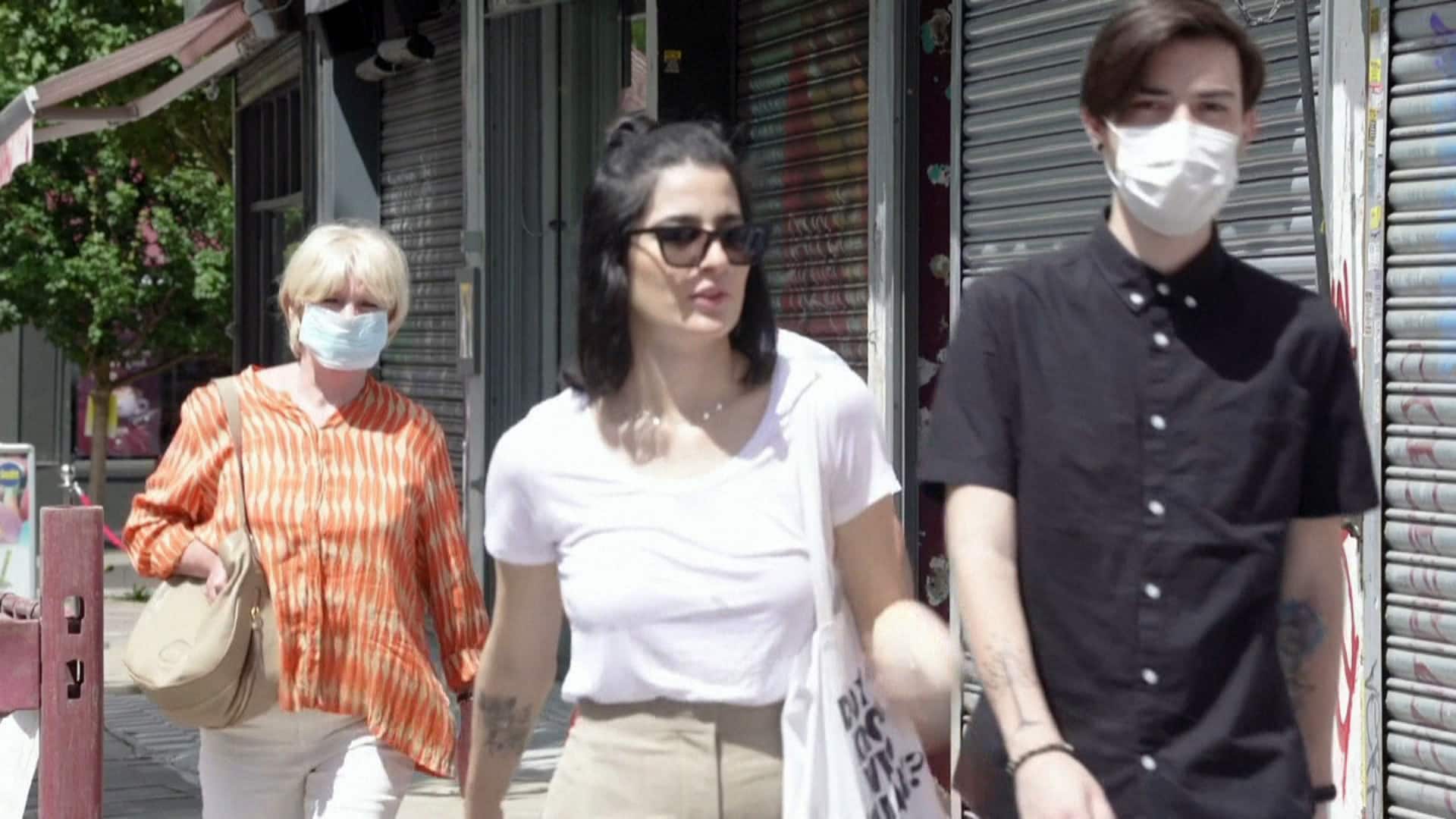 Masks now mandatory in much of England

3 months ago
3:31
Face coverings are now required inside most enclosed public spaces in England. England is also offering most people a free flu vaccine to guard against overwhelming hospitals this flu season. 3:31

Meanwhile, Johnson said Friday he thought the country would be through the coronavirus crisis by mid-2021.

"Whether it came from ... a bat, a pangolin or however it emerged, it was a very, very nasty thing for the human race. And I think by the middle of next year we will be well on the way past it," he told reporters.

WATCH | Should bars and restaurants be shut down following uptick? 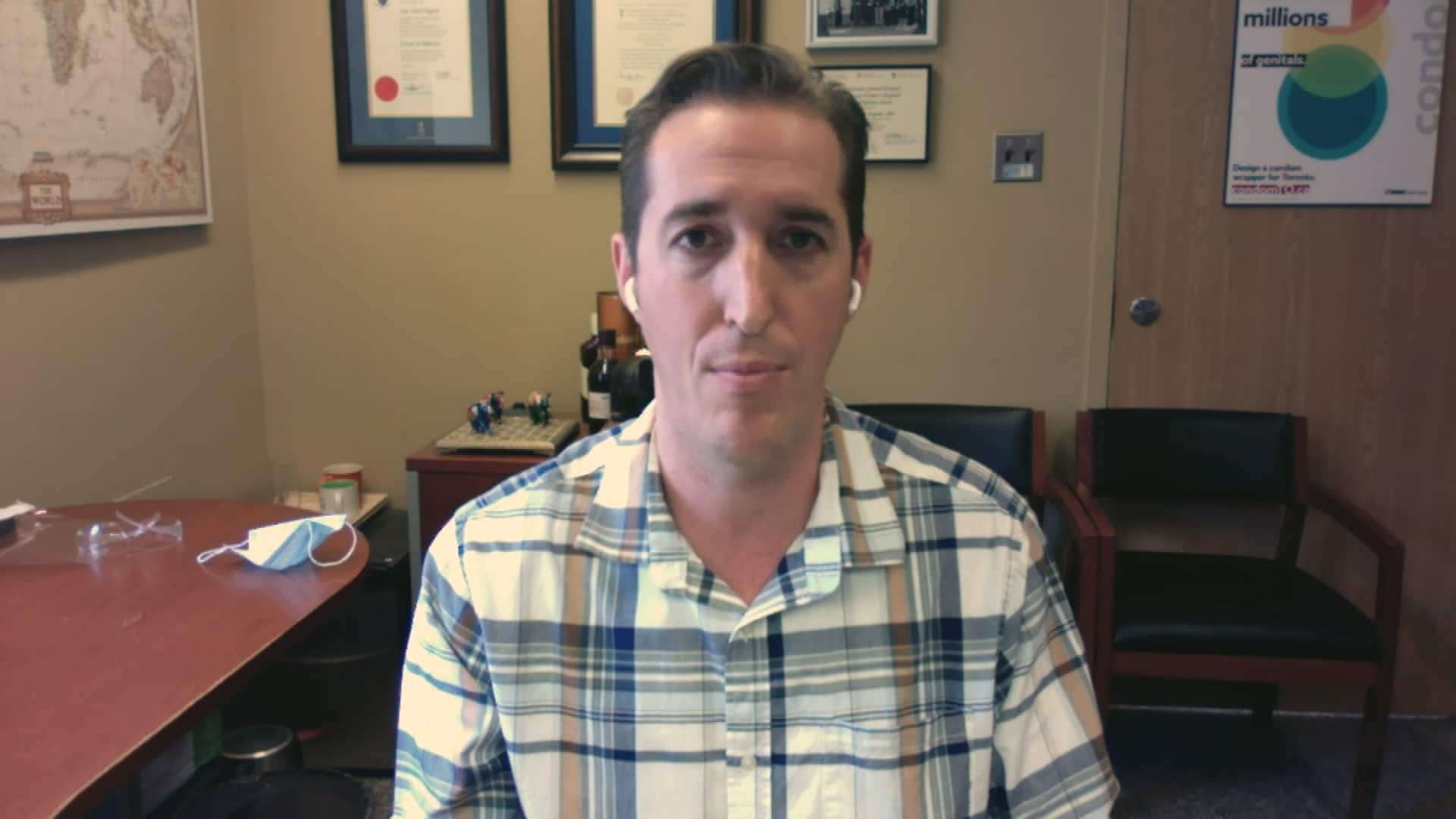 3 months ago
3:04
Infectious disease expert Dr. Isaac Bogoch says indoor spaces like bars and restaurants are contributing to the uptick in coronavirus cases among younger people, but shutting them down may not be the answer. 3:04

Germany's defence minister is praising an army program working to train service dogs to identify the coronavirus in people's saliva, but said there were still many months of work ahead. She made the comments Friday during a visit to a military canine training school.

Service dogs cannot identify the virus itself but can sniff out bio-chemical changes in body fluids caused by it. The dogs, considered comrades by the army, need less than 100 microlitres of saliva to produce results.

3 months ago
1:00
The German army is training service dogs to detect biochemical changes in people's saliva caused by the coronavirus. 1:00

A humanitarian group says 97 medical workers in Yemen have died of the coronavirus, the first reliable estimate to give a glimpse into the pandemic's impact on the devastated health sector in the war-torn country.

The report by MedGlobal relies on accounts from Yemeni doctors tracking the deaths of colleagues to gauge the toll of the virus. The 97 dead include infectious disease experts, medical directors, midwives and pharmacists. Even before the pandemic Yemen had just 10 doctors for every 10,000 people.

India has surpassed 30,000 deaths and its COVID-19 fatalities are now sixth in the world.

The Health Ministry on Friday added 740 deaths due to COVID-19 in the last 24 hours, increasing the toll to 30,601. The total now exceeds France's toll, according to a Johns Hopkins University tally.

Of the new cases, 86 were imported and 27 were domestic infections. Saturday's 113 infections was the highest since March 31, when 125 people were reported with the virus that causes COVID-19.