China and South Korea on Tuesday reported more cases of a new viral illness that has been concentrated in northern Asia but is creating worrisome, increasing clusters in the Middle East and Europe.

WHO chief says COVID-19 has 'pandemic potential,' stresses need for facts not fear 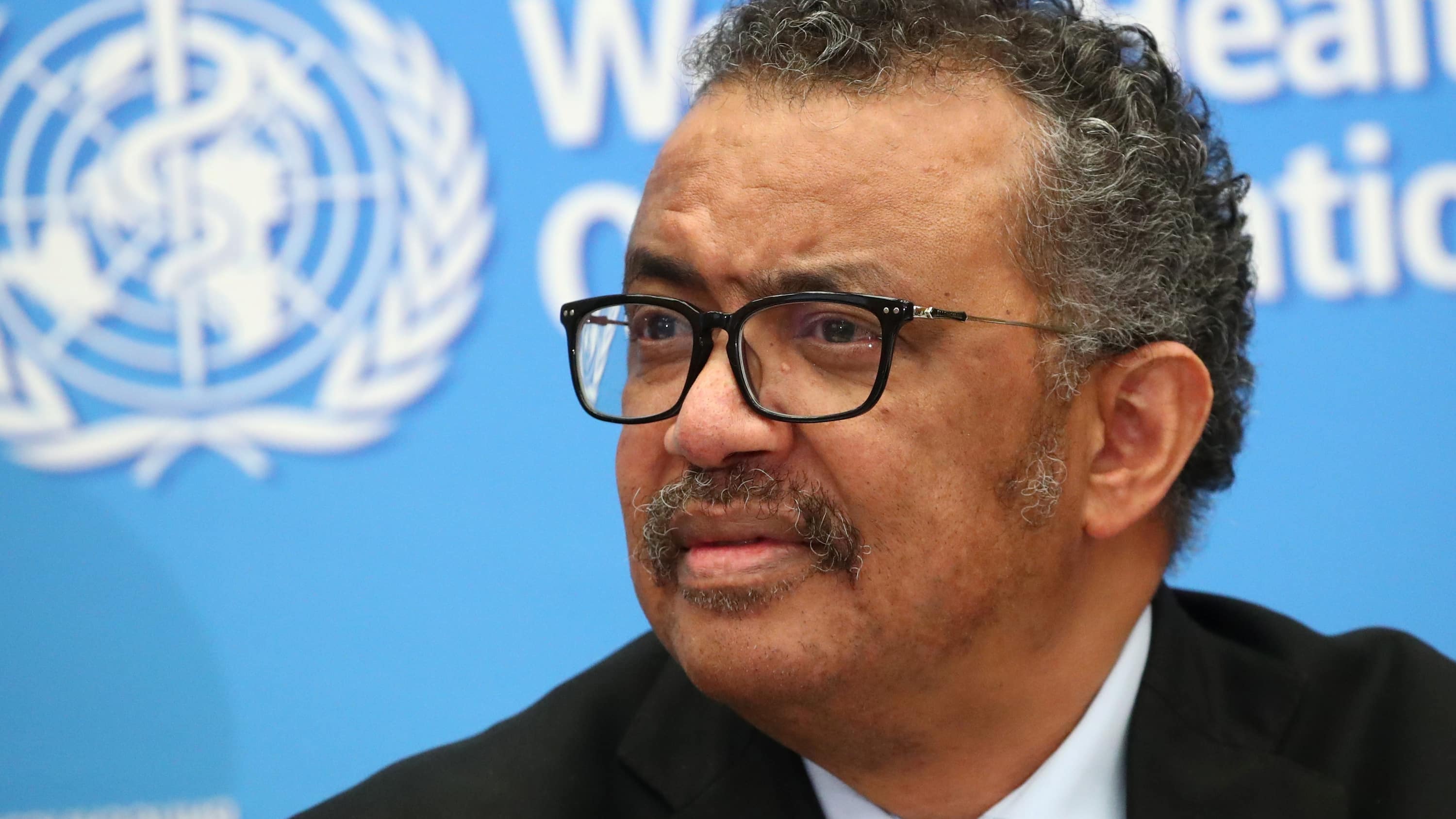 9 months agoVideo
4:09
Despite concerns over the coronavirus spreading in places like Iran, South Korea and Italy, the WHO says it is not yet a pandemic. 4:09

China and South Korea on Tuesday reported more cases of a new viral illness that has been concentrated in northern Asia but is creating worrisome, increasing clusters in the Middle East and Europe.

China reported 508 new cases and another 71 deaths, 68 of them in the central city of Wuhan, where the epidemic began in December. The updates bring mainland China's totals to 77,658 cases and 2,663 deaths.

South Korea now has the second-most cases with 60 reported Tuesday morning, bringing its total to 893. South Korea has reported a near 15-fold increase in infections in a week, as health workers continue to find batches in the southeastern city of Daegu and nearby areas, where panic has brought towns to an eerie standstill.

Of the 60 new cases reported by South Korea's Centers for Disease Control and Prevention, 49 came from Daegu and the surrounding areas of North Gyeongsang province.

The country also reported its eighth fatality, a man in his 60s who was linked to a hospital in Cheongdo, where a slew of infections has been reported among patients at a mental ward.

The government of Canada, which recommends against non-essential travel to China, now also advises travellers to "exercise a high degree of caution" in South Korea because of the coronavirus.

South Korea's government has vowed to fully mobilize public health tools to contain the outbreak to the region surrounding Daegu, but says it isn't considering restricting travel. All Daegu citizens exhibiting cold-like symptoms, estimated at around 30,000 people, will be tested for the virus. The country is also restricting exports to deal with nationwide shortages in face masks.

Health authorities expected by Wednesday to finish testing some 1,300 members of the Daegu branch of the Shincheonjin Church of Jesus who have exhibited symptoms, before expanding the tests.

The church, which has South Korea's biggest cluster of infections, has agreed to provide authorities a list of all of its 200,000 members nationwide so they could be screened, which could take months.

South Korea's cases now outnumber those reported by Japan, where the virus infected almost one-fifth of the passengers and crew on a cruise ship.

Clusters have also emerged in Iran and Italy, and there are concerns that the new outbreaks could signal a serious new stage in the global spread of the illness.

Schools were closed in Iran for a second day, and daily sanitizing of public buses and the Tehran metro, which is used by some three million people, was begun.

In several countries that reported their first cases on Monday — Iraq, Afghanistan, Kuwait, Bahrain and Oman — the infected patients had links with Iran. Iraq and Afghanistan closed their borders with Iran in an effort to stop the further spread.

In Italy, where 229 people have tested positive for the virus and seven have died, police manned checkpoints around a dozen quarantined northern towns as worries grew across the continent.

Austria temporarily halted rail traffic across its border with Italy. Slovenia and Croatia, popular getaways for Italians, were holding crisis meetings. Schools were closed, theatre performances were cancelled and even Carnival celebrations in Venice were called off.

It was a sign of how quickly circumstances could change in the widening COVID-19 scare. Italy had imposed more stringent measures than other European countries after the outbreak began, barring flights beginning Jan. 31 to and from China, Taiwan, Hong Kong and Macau.

"These rapid developments over the weekend have shown how quickly this situation can change," the health commissioner for the European Union, Stella Kyriakides, said in Brussels. "We need to take this situation of course very seriously, but we must not give in to panic, and, even more importantly, to disinformation."

After the large increases in COVID-19 cases were reported in other countries, the World Health Organization (WHO) said the virus had the potential to cause a pandemic, though it wasn't one yet.

"The past few weeks has demonstrated just how quickly a new virus can spread around the world and cause widespread fear and disruption," WHO's Director-General Tedros Adhanom Ghebreyesus said.

But "for the moment we're not witnessing the uncontained global spread of this virus," he said.

China still has most of the world's cases and deaths from the COVID-19 illness. On Monday, it postponed its most important political meetings of the year, indicating the importance President Xi Jinping places on the battle against the epidemic that has posed one of his biggest political challenges since he took control of the ruling Communist Party in 2012.

The annual meetings of the National People's Congress and its chief advisory body usually begin about March 5 and run for more than two weeks, bringing thousands of delegates to Beijing for discussions, speeches and political ceremony. State media noted that many of those delegates are provincial and local leaders fighting on the disease's front lines.

In South Korea, the start of the new school year has been delayed, and President Moon Jae-in issued the country's highest alert for infectious diseases.

Amid a push to limit public gatherings nationwide, South Korea's professional basketball league said Tuesday it will ban spectators until the outbreak is under control, a day after soccer authorities postponed the start of the domestic season. Many companies instructed employees to work from home. Thermal cameras have been installed at major buildings in Seoul, some of which are banning visitors who aren't wearing masks.

People who recently visited Daegu and nearby areas were advised to stay at home if possible for two weeks. More than 600 police officers fanned out in Daegu in search of members of a church that has been identified as a source for hundreds of infections. The halls of the National Assembly were sterilized and crews in protective suits sprayed disinfectants at shops and food stalls in Seoul.

South Korea's Defence Ministry has confirmed 13 troops have the virus, resulting in quarantines for many other troops and halting field training.

In Washington, officials from the United States and South Korea said they were considering curtailing joint military exercises due to the outbreak. Defence Secretary Mark Esper and South Korean Defence Minister Jeong Kyeong-doo told reporters the virus was a threat to their schedule of exercises, which are held regularly throughout the year.

Esper said he was confident they would find a way to protect troops while also ensuring both countries were ready to face potential threats.