WHO chief says coronavirus outbreak is 'public enemy No. 1'

The coronavirus outbreak in China may be over by April, the country's senior medical adviser said on Tuesday, and the latest numbers of new cases may further feed that optimism.

The coronavirus outbreak in China may be over by April, the country's senior medical adviser said on Tuesday, and the latest numbers of new cases may further feed that optimism.

Hubei, the province at the epicentre of the outbreak that has been under virtual lockdown, reported 94 people died and there were 1,068 new coronavirus cases as of Tuesday. Total cases of the new coronavirus in China have now surpassed 44,800, according to the World Health Organization and Chinese health officials.

But total deaths in China have surpassed 1,100 and the WHO warned of a global threat potentially worse than terrorism.

At a briefing in Geneva, WHO Director-General Tedros Adhanom Ghebreyesus said that outside China, there have been 393 cases and one death confirmed in 24 countries.

He also said the new respiratory disease had been named COVID-19, explaining that it was important to avoid the stigma of associating it with any particular country and that other names could be inaccurate. 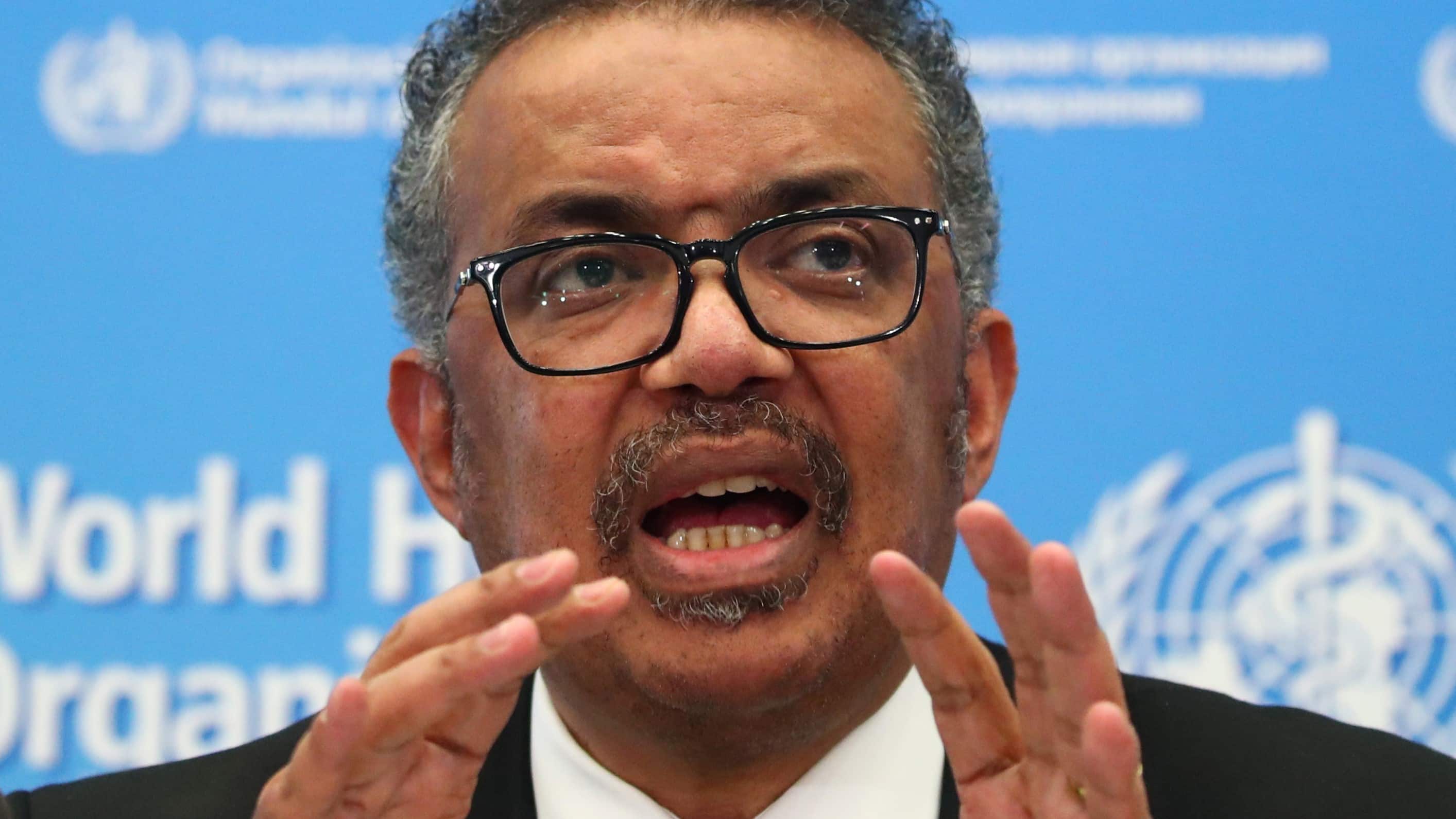 12 months agoVideo
1:22
WHO explains why it is important to find an exact name for the deadly coronavirus. 1:22

The first vaccine targeting the coronavirus won't be available for 18 months, "so we have to do everything today using available weapons," he said.

"If the world doesn't want to wake up and consider the virus as public enemy number one, I don't think we will learn from our lessons," the WHO chief said, adding that public health officials are still focused on containment.

China's foremost medical adviser on the outbreak, Zhong Nanshan, said numbers of new cases were falling in some provinces and forecast the epidemic would peak this month.

"I hope this outbreak or this event may be over in something like April," Zhong, an epidemiologist who played a role in combating an outbreak of Severe Acute Respiratory Syndrome (SARS) in 2003, told Reuters.

World stocks, which had seen rounds of sell-offs over the coronarvirus' impact on China's economy and its ripple effects, surged to record highs on Zhong's comments. The Dow industrials, S&P 500 and Nasdaq all hit new peaks.

Officials say all the passengers aboard the plane were screened and have exhibited no symptoms of the novel coronavirus.

They'll be placed under quarantine at CFB Trenton with the 213 Canadians and family members who arrived from Wuhan last week.

The flight crew has been examined, and Canada's chief public health officer, Dr. Theresa Tam, decided all 25 of them can be safely released from quarantine, because they did not spend time in the centre of the outbreak and they followed appropriate infection prevention and control protocols.

This latest flight was the last one planned to carry Canadians out of the part of China where the new virus was first detected.

China's daily death toll from the new virus topped 100 for the first time and pushed the total past 1,000 dead, authorities said earlier Tuesday, after leader Xi Jinping visited a health centre to rally public morale amid little sign the contagion is abating.

Though more offices and stores in China were reopening after the extended Lunar New Year break, many people appeared to be staying home. Public health authorities are closely monitoring whether workers returning to cities and businesses resuming worsens the spread of the virus.

In a bid to boost morale, Xi was featured on state broadcaster CCTV's main news report Tuesday night visiting a community health centre in Beijing and expressing confidence in the "war against the disease."

WATCH | CBC's Saša Petricic reports from Beijing, where the outbreak has led to an eerie emptiness: 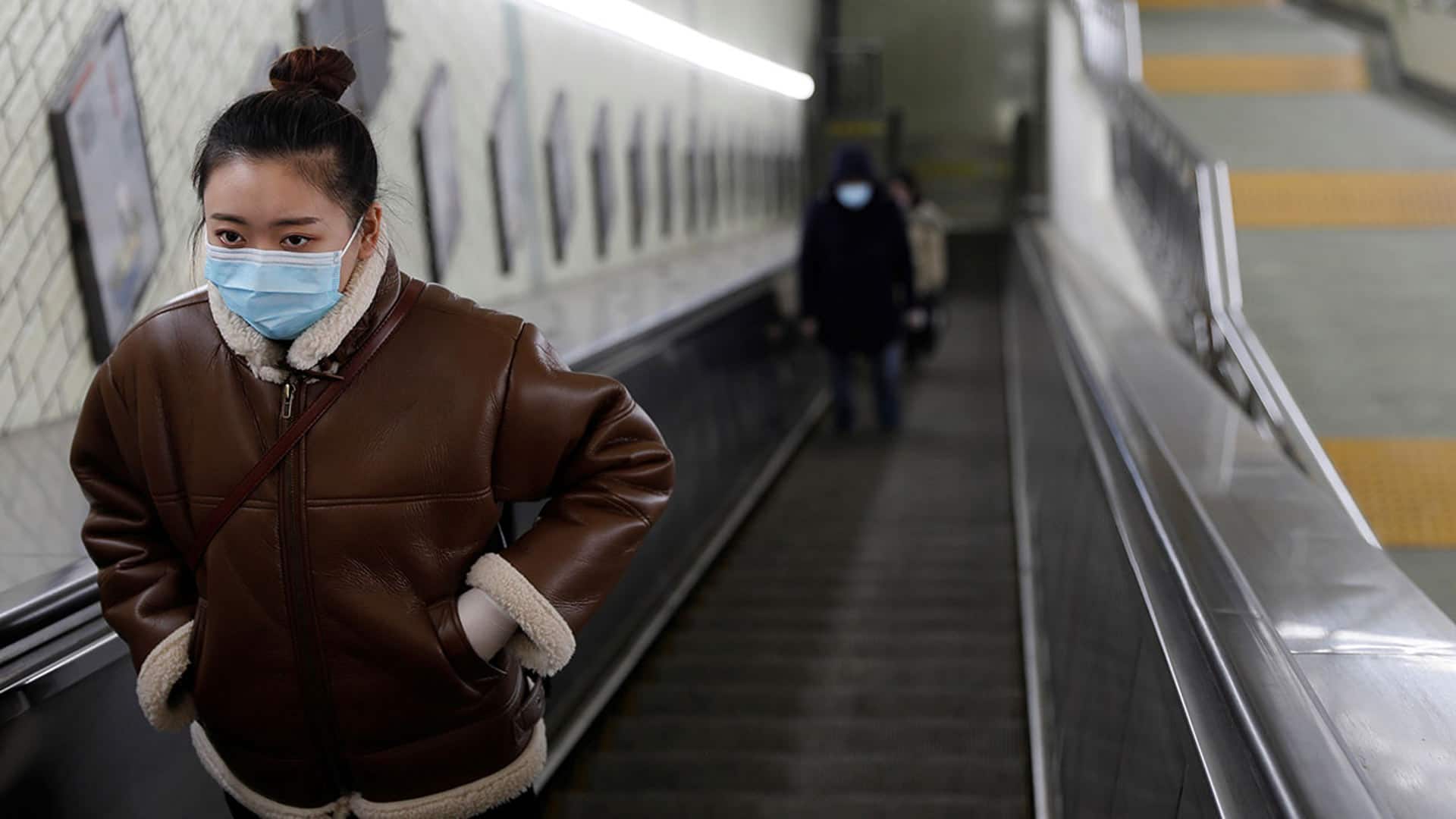 12 months agoVideo
2:11
CBC’s Sasa Petricic looks at how the coronavirus outbreak has brought an eerie emptiness to the normally jam-packed streets of Beijing and how people are responding. 2:11

The country's president and leader of the ruling Communist Party was shown wearing a surgical mask and having his temperature taken before expressing his thanks to health workers on behalf of the party and government. "We will most definitely win this people's war," Xi said.

Xi's appearance comes amid questioning of the government's handling of the crisis, particularly the failure of local officials in the worst-hit city of Wuhan to clarify the extent of the crisis.

Public anger has been inflamed over the death of a young doctor from the virus who had earlier been threatened along with seven others by police for warning online of the potential for a major outbreak as early as December.

The virus outbreak has become the latest political challenge for Xi, who despite accruing more political power for himself than any Chinese leader since Mao Zedong, has struggled to handle crises on multiple fronts, including a sharply slowing domestic economy, trade with the U.S. and push-back on China's increasingly aggressive foreign policies. 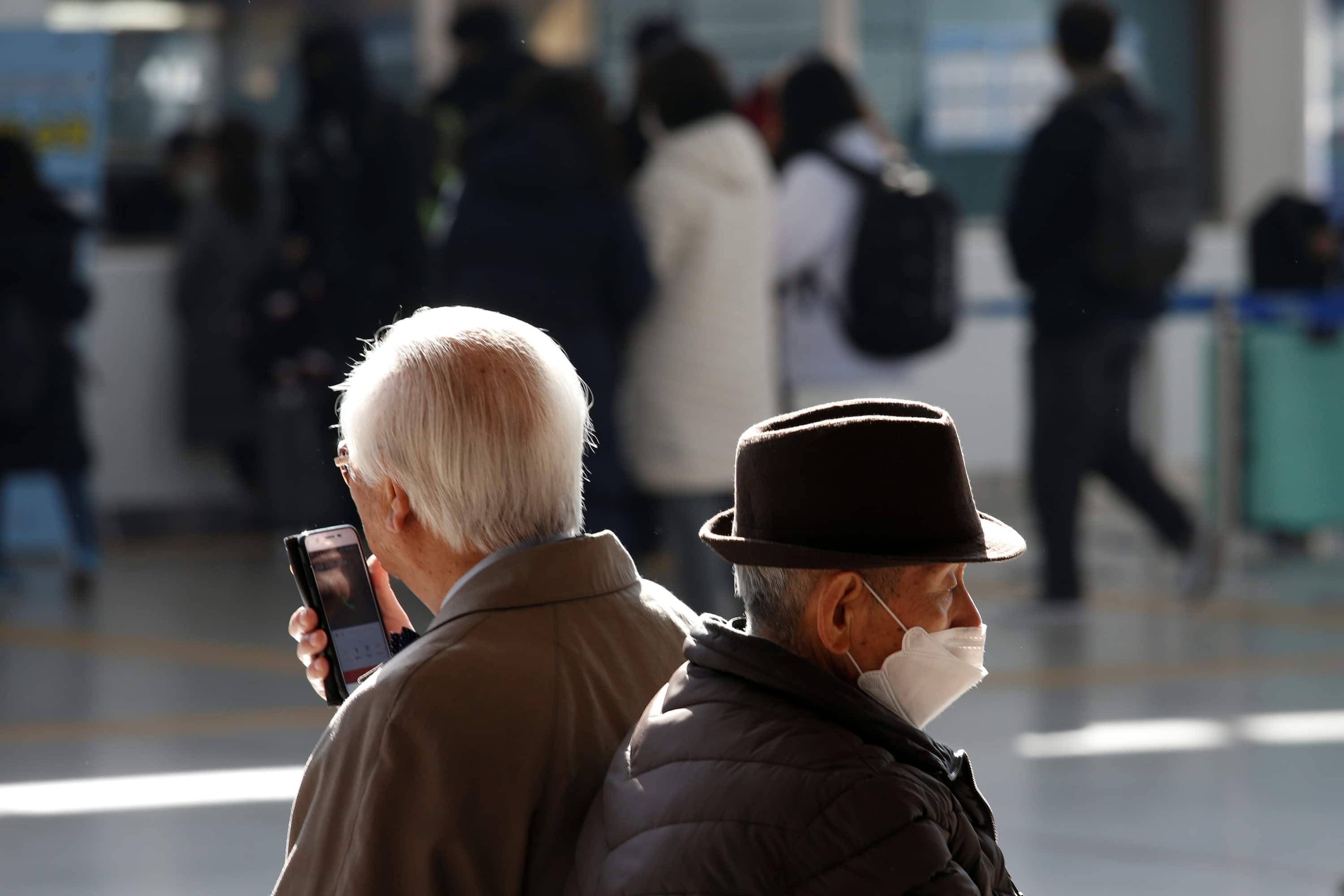 Can coronavirus be spread by people with no symptoms?

12 months agoVideo
3:25
A report in the New England Journal of Medicine claimed a woman who wasn't showing symptoms triggered a chain of coronavirus infections. Infectious disease specialist Dr. Isaac Bogoch explains how the report got it wrong. 3:25

The crossing of more grim thresholds is dimming optimism that the near-quarantine of some 60 million people and other disease-control measures might be working.

The coronavirus outbreak, which is centred in Wuhan, China, has caused concern around the world as experts struggle to learn more about the virus.

In Hong Kong, authorities partially evacuated an apartment block after two cases among its residents raised suspicion the virus may be spreading through the building's plumbing. 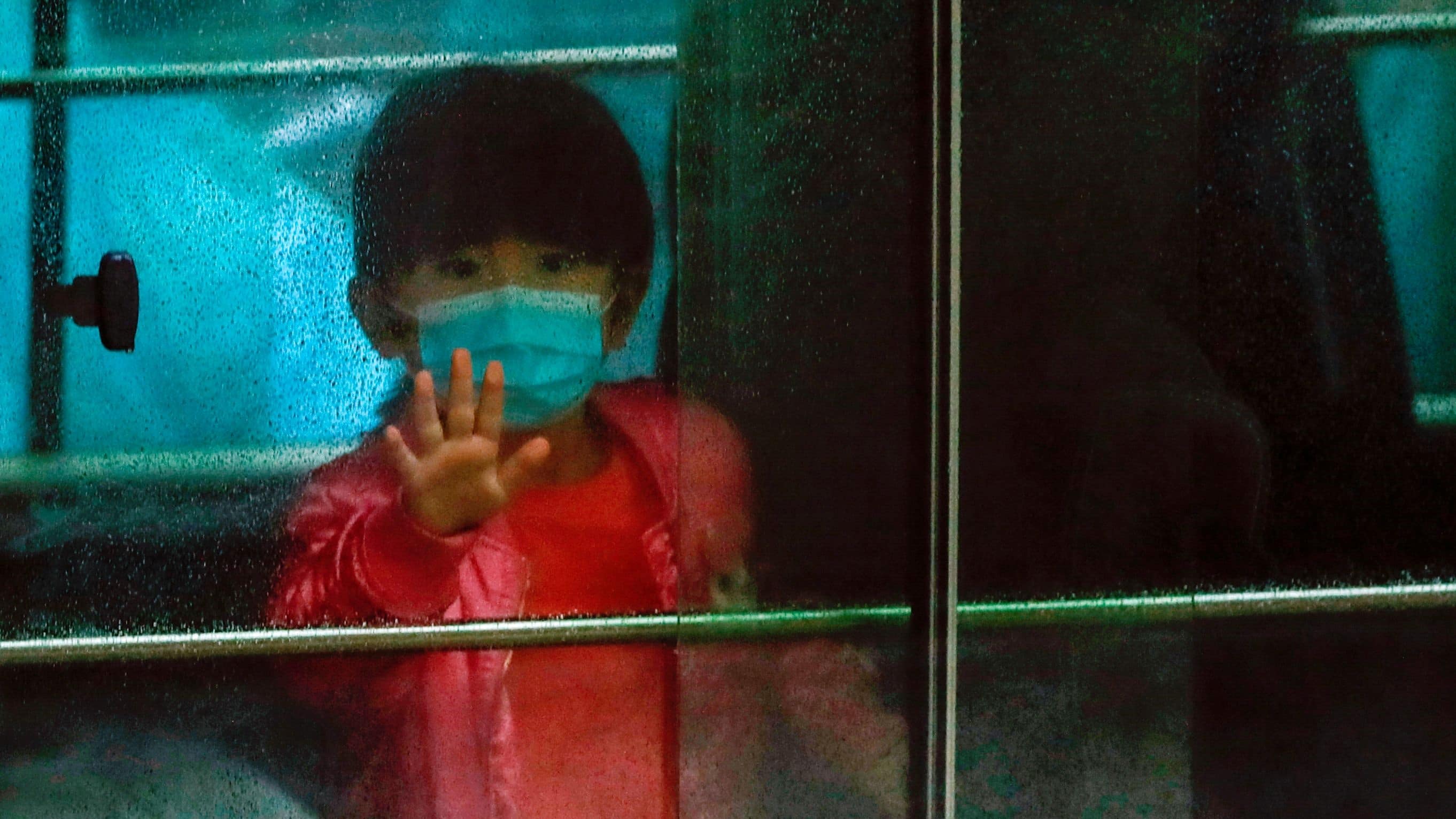 It was reminiscent of the SARS outbreak that killed hundreds in the semi-autonomous Chinese city. The biggest number of connected cases in that outbreak were in one apartment complex where the virus spread through sewage pipes.

Britain, meanwhile, declared the virus a "serious and imminent threat to public health" and said it would forcibly detain infected people if necessary. France tested scores of children and their parents after five British tourists contracted the virus at a ski resort.

The Beijing city government told residential compounds in the capital to close their gates, check visitors for fever and record their identities. The government also warned people to strictly abide by regulations requiring wearing of masks in public and to avoid group activities.

Of those confirmed cases outside China, 135 are from a cruise ship quarantined in Yokohama, near Tokyo. Japan's Health Minister Katsunobu Kato said the government was considering testing everyone remaining of the 3,711 passengers and crew on the Diamond Princess, which would require them to remain aboard until results were available. 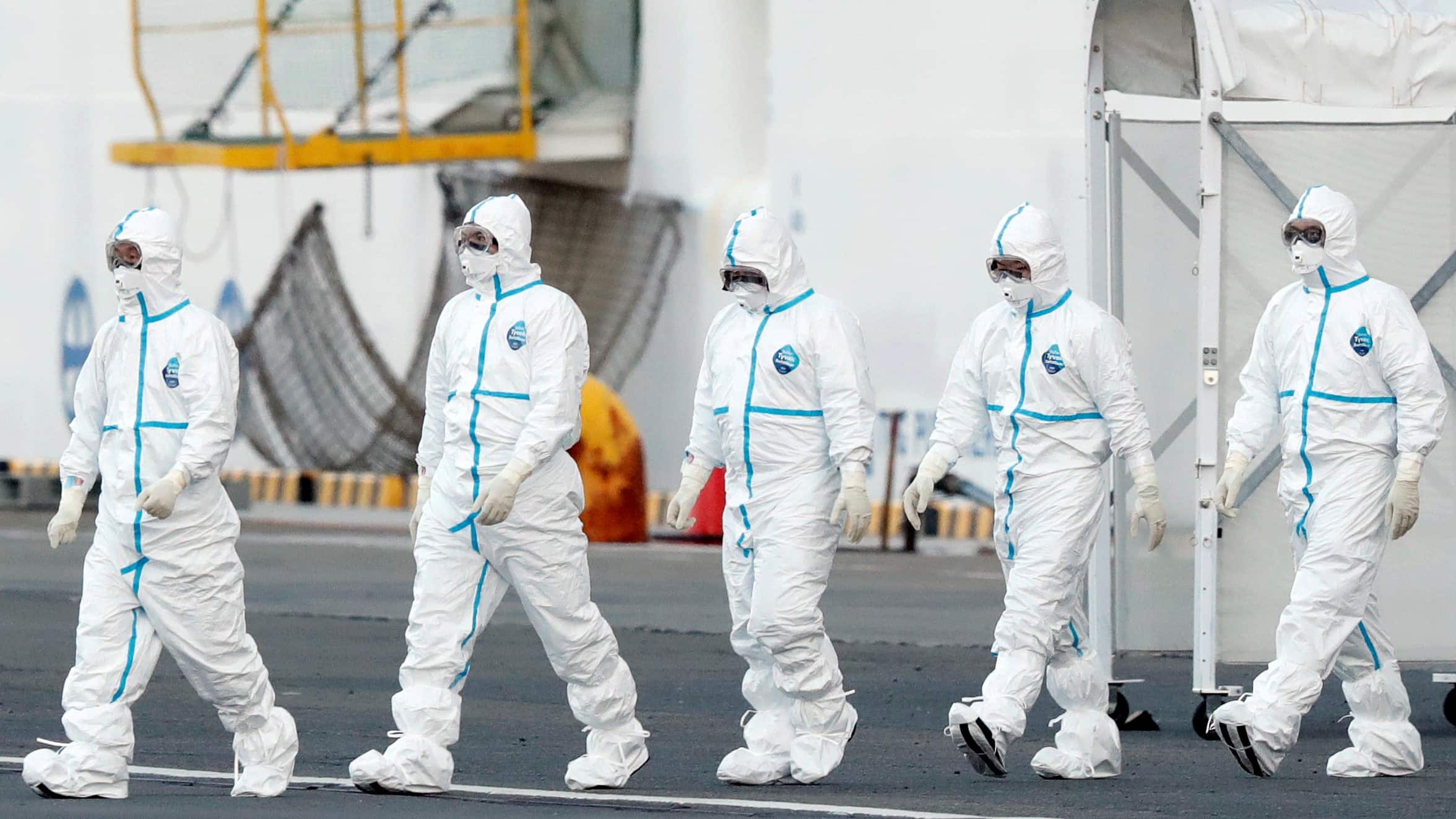 Rebecca Frasure, one of the Diamond Princess passengers who tested positive for coronavirus, said she "was really dumbfounded" when she was diagnosed.

Frasure, who is from Oregon, is currently being monitored in a Tokyo hospital. She said she feels well and no longer has any symptoms.

"Basically, I'm just in isolation so as not to pass it along to anyone else," she told CBC's Heather Hiscox.

She'll be tested again 14 days after her diagnosis. If the two required tests come back clear, she can be reunited with her husband, who is still living under quarantine aboard the cruise ship.

WATCH | Passenger who tested positive for coronavirus speaks from isolation in hospital: 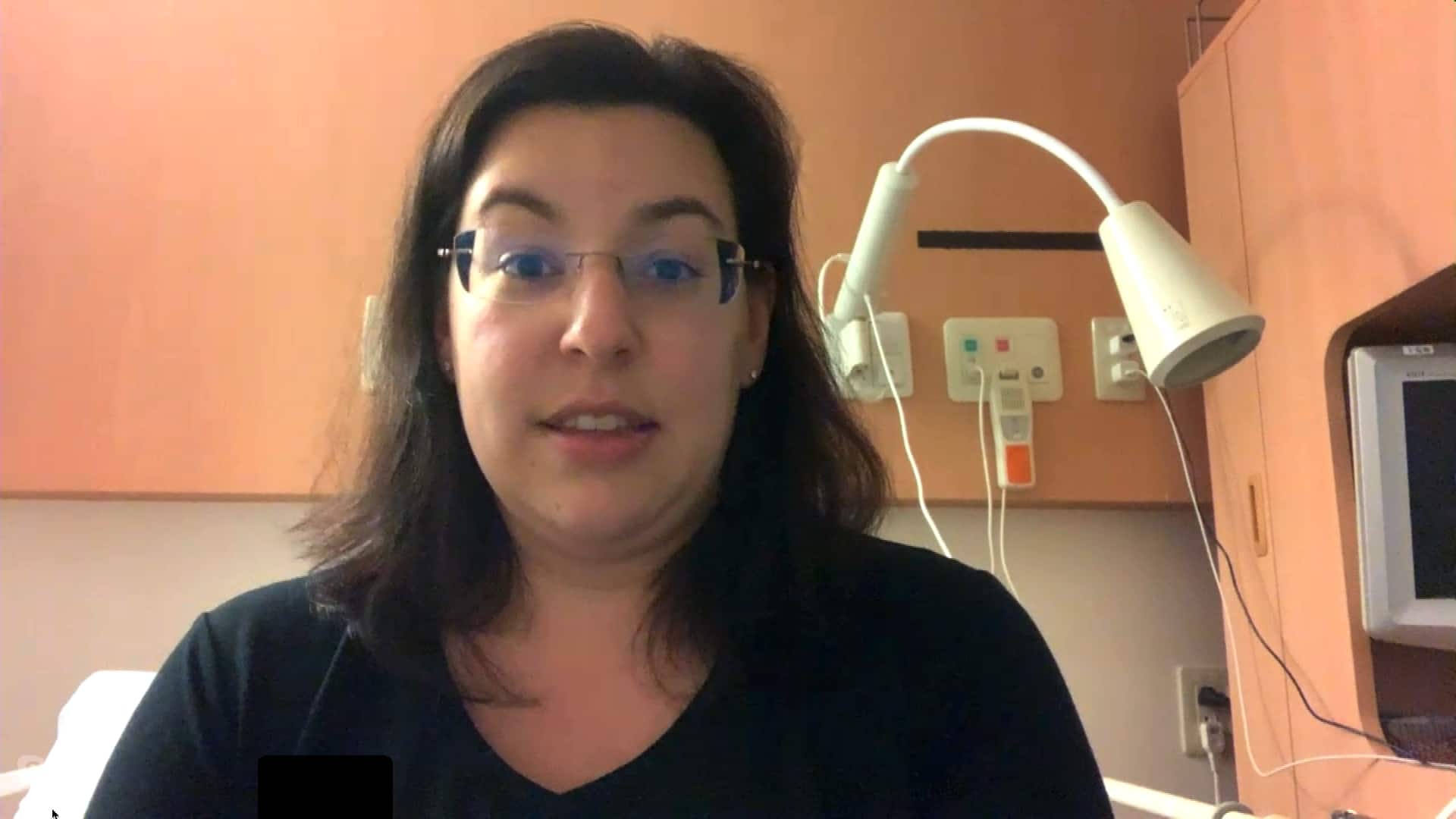 Passenger who tested positive for coronavirus on quarantined ship 'dumbfounded.'