Coronavirus: What's happening in Canada and around the world on Sept. 13

The World Health Organization on Sunday reported a record single-day global increase of new COVID-19 cases as Canada's top doctor advises Canadians not to let their guard down.

The World Health Organization (WHO) on Sunday reported a record single-day global increase of new COVID-19 cases as Canada's top doctor advises Canadians not to let their guard down.

The WHO website says infections worldwide rose by 307,930 over a 24-hour period, with the biggest increases in India, the United States and Brazil. Deaths rose by 5,537.

India leads the world in new cases reported each day and set a global record last week with 97,570 cases recorded in a single day, according to a Reuters tally.

In some parts of India, medical oxygen is becoming hard to find as total cases exceed 4.75 million. Only the United States has recorded more cases at 6.5 million. COVID-19 infections are still rising in 58 countries, including surges in Argentina, Indonesia, Morocco, Spain and Ukraine, according to a Reuters analysis.

New daily cases are falling in the U.S. and are down about 44 per cent from a peak of more than 77,000 new cases reported on July 16. Cases in Brazil are also trending downward.

According to the tally kept by Johns Hopkins University, the global total of confirmed coronavirus cases is now more than 28.8 million. More than 921,000 people have died.

"Our challenge now is to guard against the fatigue that can lead us to relax these personal precautions," Tam said in a statement on Sunday. 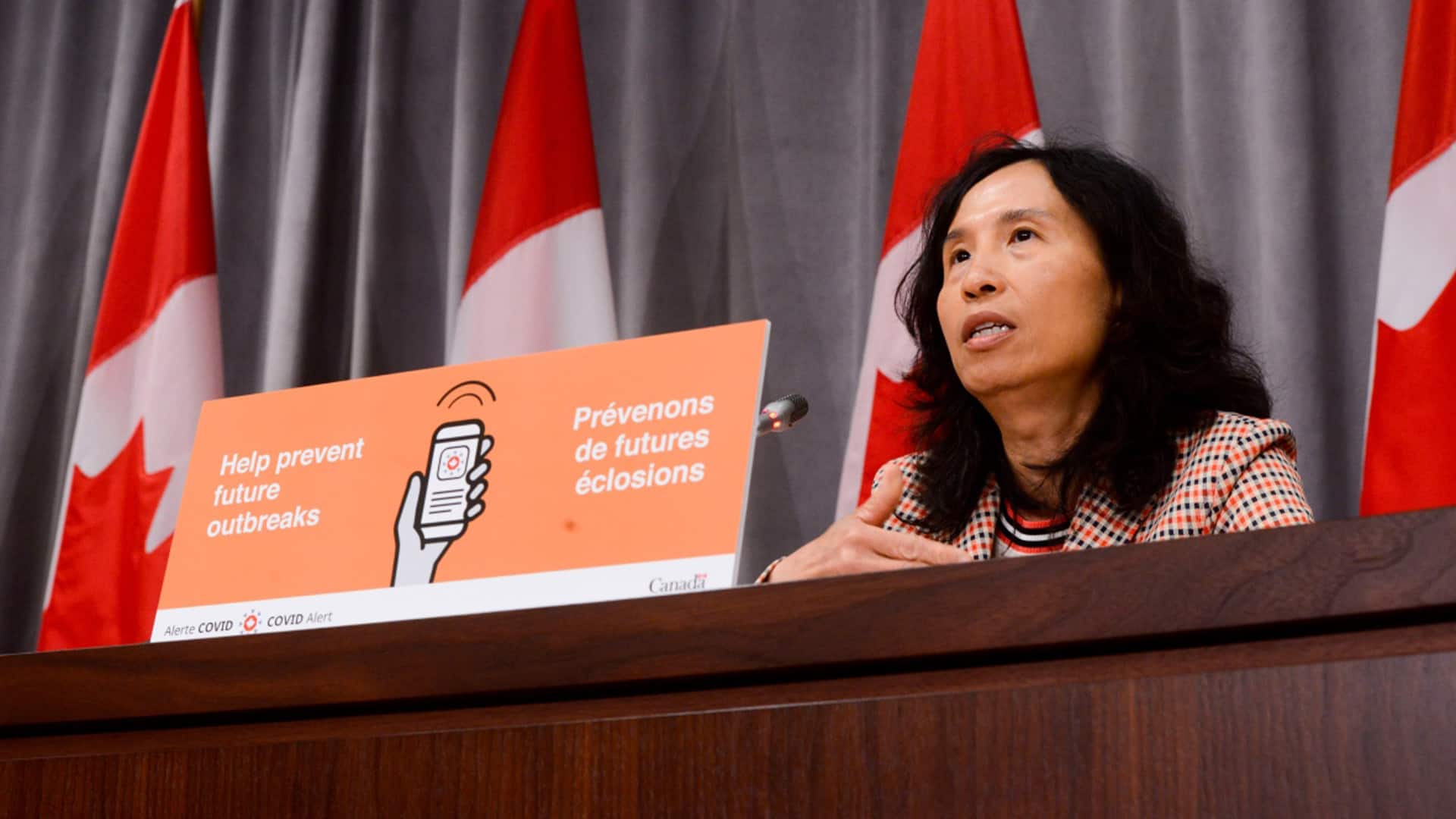 1 month ago
9:58
As kids across Canada return to school and workplaces begin to reopen as the cold weather approaches, Canada's three most populous provinces are witnessing a worrying uptick in coronavirus cases. Is there a chance of returning to a lockdown? 9:58

Coronavirus outbreaks are being reported in a greater variety of settings, including private social gatherings, community settings and indoor public events, she said.

"This is a reminder that just because you may know the people attending an event outside of your household/close-contacts bubble, it doesn't mean there is a reduced risk of COVID-19," Tam said.

"In fact, it is in these familiar settings where we may be most apt to let our guard down, increasing our risk of infection and unintentionally spreading the virus to others in our homes, workplaces and communities."

As of 6 p.m. ET on Sunday, Canada had 136,659 confirmed and presumptive coronavirus cases. Provinces and territories listed 120,431 of those as recovered or resolved. A CBC News tally of deaths based on provincial reports, regional health information and CBC's reporting stood at 9,211.

In the provinces, Quebec reported 279 new cases of COVID-19 and one additional death on Sunday.

On Saturday, several thousand people gathered Saturday in downtown Montreal to hear speeches from conspiracy theorists and anti-vaccine activists, in one of the largest demonstrations to date against the Quebec government's response to the COVID-19 pandemic.

The march began outside Premier François Legault's Montreal office and at one point stretched more than six city blocks. 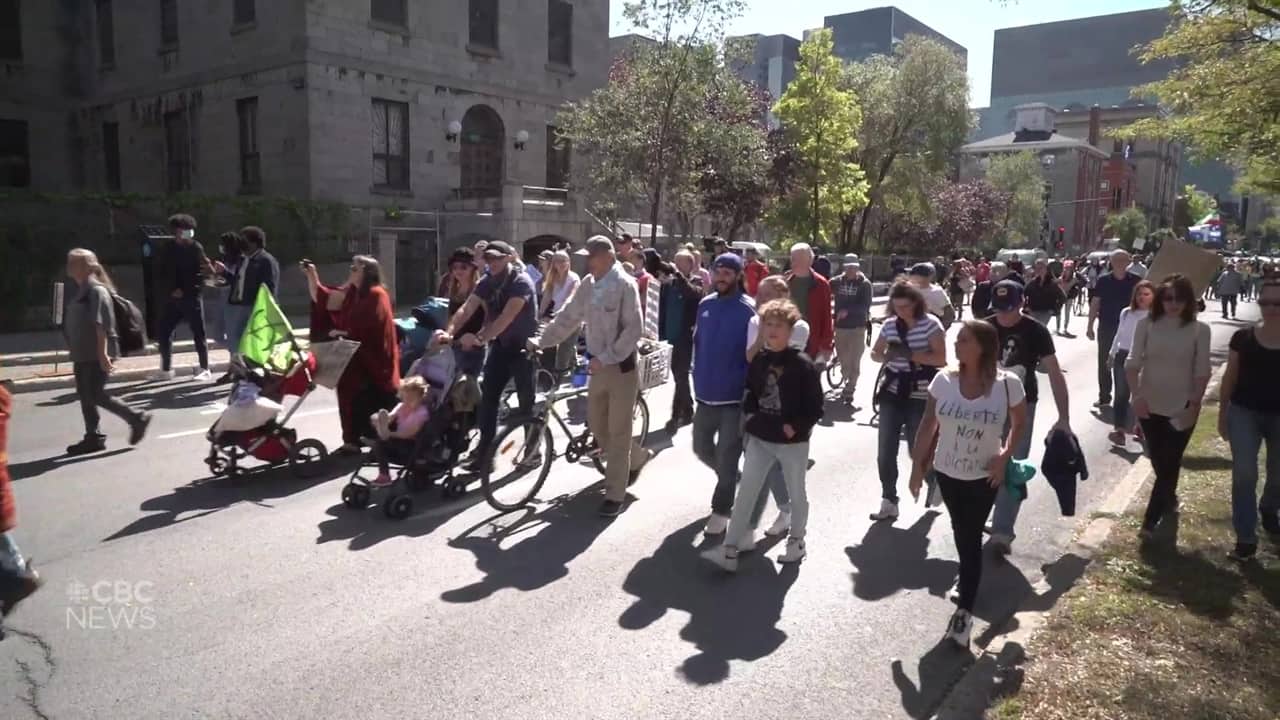 1 month ago
1:00
The march began outside Quebec Premier François Legault’s office near the McGill University campus, and wound through the streets. 1:00

In Ontario, the province is reporting more than 200 new cases of COVID-19 for a third-straight day, along with one new death. There were 204 new cases in Sunday's report, following 232 cases on Saturday and 213 on Friday.

Health Minister Christine Elliott said Toronto is reporting 63 new cases, with 47 in Ottawa and 35 in Peel Region. She said 64 per cent of Sunday's cases involve people under the age of 40. The total number of cases has reached 44,504, with 39,841 considered resolved, and 2,815 deaths.

Toronto Public Health says seven people who tested positive for COVID-19 went to a Toronto strip club within the last two weeks. Of the seven, six are staff members and one is a patron. TPH says it is notifying patrons and employees who visited the strip club about a potential exposure to COVID-19.

Manitoba recorded 18 new cases on Sunday, the province said in a news release.

To date, 1,428 cases of the illness have been detected in Manitoba. Sixteen people have died and 1,173 have recovered, the release said.

Provincial public health officials also warned of possible exposures at two Winnipeg schools. The schools and cohort are being notified, the province said. Additional cleaning of high-touch areas is being done at both schools out of an abundance of caution.

Six of the new cases are connected to a private gathering in Saskatoon. Contact tracing and investigation are underway, and the provincial update said more cases could be linked to the gathering.

Of the province's 99 active cases, 34 are in communal living settings, a term the province uses to denote Hutterite colonies.

WATCH | A third of Manitoba COVID-19 cases are in Hutterite communities: 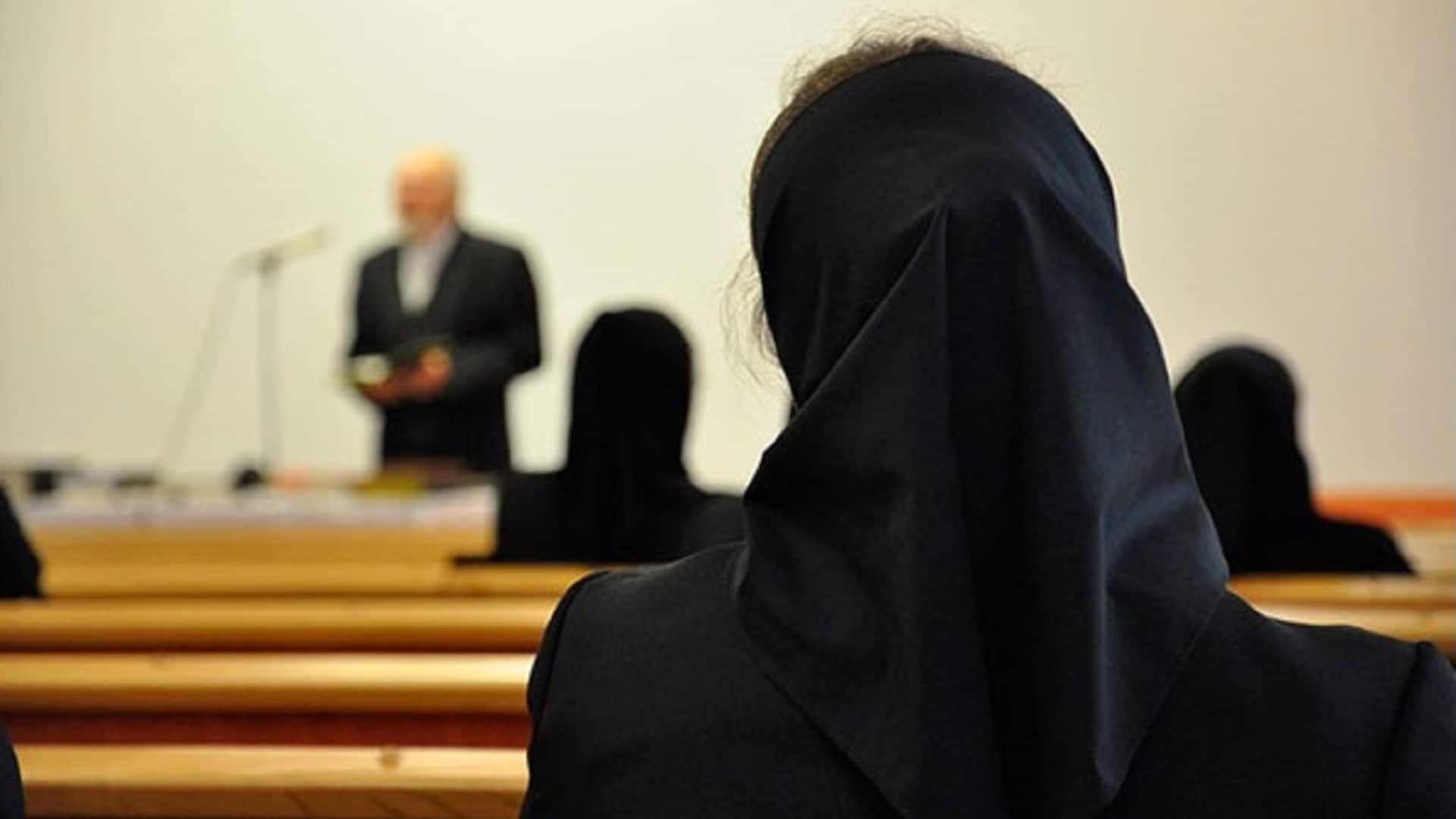 One third of Manitoba COVID-19 cases are in Hutterite communities

2 months ago
2:01
Manitoba continues to experience an uptick in COVID-19 with one third of its active cases in Hutterite colonies. One woman shares her story from inside the community. 2:01

Meanwhile, Newfoundland and Labrador reported no new cases on Sunday, and a presumptive case from Saturday was ruled out; Nova Scotia has not reported a new case for the sixth day in a row, adding on Sunday there is just one active case in the province; and New Brunswick's active caseload remains at two after not identifying any new cases on Sunday.

In Africa, the World Health Organization says there are more than 1.3 million confirmed cases on the continent.

The majority of the infections are in South Africa, which has more than 646,000.

In Europe, the United Kingdom, which has suffered the continent's deadliest outbreak, has recorded more than 3,000 new cases for the third day running for the first time since May. The Department of Health reported a further 3,330 cases on Sunday, taking the three-day tally above 10,000.

Though a ramp-up in testing accounts for some of the increase, it's clear that the U.K. has seen the virus spread in recent weeks. To get on top of the flare-up, authorities have tightened a number restrictions to everyday life. For example, the British government said social gatherings in England will be limited to six people starting Monday, both indoors and outdoors, and that rule-breakers will face fines.

In the Middle East, Israeli Prime Minister Benjamin Netanyahu on Sunday announced a new country-wide lockdown will be imposed amid a stubborn surge in cases, with schools and parts of the economy expected to shut down in a bid to reduce infection rates. The tightening of measures marks the second time Israel is being plunged into a lockdown, after a lengthy shutdown in the spring.

Israel has had more than 150,000 confirmed cases of the coronavirus and more than 1,100 deaths. Given its population of nine million, the country now has one of the world's worst outbreaks. It is now seeing more than 4,000 daily cases of the virus.

WATCH | Israel will go back into lockdown amid a surge in COVID-19 cases: 1 month ago
2:22
Prime Minister Benjamin Netanyahu announced Sunday that Israel would go back into lockdown. The country has seen a surge in COVID-19 cases. 2:22

In the Americas, officials in the U.S. state of Iowa said the number of cases there increased by 814 on Sunday and two additional deaths were reported. Health officials said 74,361 confirmed cases of coronavirus have been reported since the pandemic began. Of that total, 1,218 people have died and 53,120 have recovered, according to the state's online virus tracker.

The state said Iowa had an 8.9 per cent positivity rate over the past 14 days, but six Iowa counties reported positivity rates above 15 per cent over the past 14 days. The high rate means that public schools in Sioux, Lyon, Bremer, Plymouth, Carroll and Chickasaw counties may be able to apply for a state waiver to provide instruction entirely online.

With files from Reuters, The Canadian Press and The Associated Press