Coronavirus: What's happening around the world on July 30

While coronavirus deaths in the U.S. mount rapidly, experts see a flicker of good news: The second surge of confirmed cases appears to be levelling off. But scientists aren't celebrating, as the outbreak's centre of gravity seemingly shifts from the Sun Belt toward the Midwest.

While deaths from the coronavirus in the U.S. are mounting rapidly, public health experts are seeing a flicker of good news: The second surge of confirmed cases appears to be levelling off.

Scientists aren't celebrating by any means, warning that the trend is driven by four big, hard-hit places — Arizona, California, Florida and Texas — and that cases are rising in close to 30 states in all, with the outbreak's centre of gravity seemingly shifting from the Sun Belt toward the Midwest.

Some experts wonder whether the apparent caseload improvements will endure. Nor is it clear when deaths will start coming down. COVID-19 deaths do not move in perfect lockstep with the infection curve, for the simple reason that it can take weeks to get sick and die from the virus.

The virus has claimed over 150,000 lives in the U.S., by far the highest death toll in the world, plus more than a half-million others around the globe.

Over the past week, the average number of deaths per day in the U.S. has climbed more than 25 per cent, from 843 to 1,057. Florida on Thursday reported 253 more deaths, setting its third straight single-day record. The number of confirmed infections nationwide has topped 4.4 million.

Based on a seven-day rolling average, daily cases of the coronavirus in the U.S. fell from 67,317 on July 22 to 65,266 on Wednesday, according to data kept by Johns Hopkins University. That is a decline of about three per cent.

Researchers prefer to see two weeks of data pointing in the same direction to say whether a trend is genuine. "But I think it is real, yes," said Ira Longini, a University of Florida biostatistician who has been tracking the coronavirus and has been a source of disease forecasts used by the government.

The Associated Press found the seven-day rolling average for new cases plateaued over two weeks in California and decreased in Arizona, Florida and Texas.

The trends in Arizona, Texas and Florida are "starting to bend the curve a bit," said Jennifer Nuzzo, a Johns Hopkins public health researcher. Those states, along with California, have been pouring large numbers of cases each day into the national tally. So when those places make progress, the whole country looks better, she said.

Also, in another possible glimmer of hope, the percentage of tests that are coming back positive for the virus across the U.S. dropped from an average of 8.5 per cent to 7.8 per cent over the past week.

But with the outbreak heating up in the Midwest, Democratic Wisconsin Gov. Tony Evers on Thursday ordered masks be worn statewide because of a spike in cases, joining some 30 other states that have taken such measures.

WATCH | What could happen when COVID-19 collides with flu season: 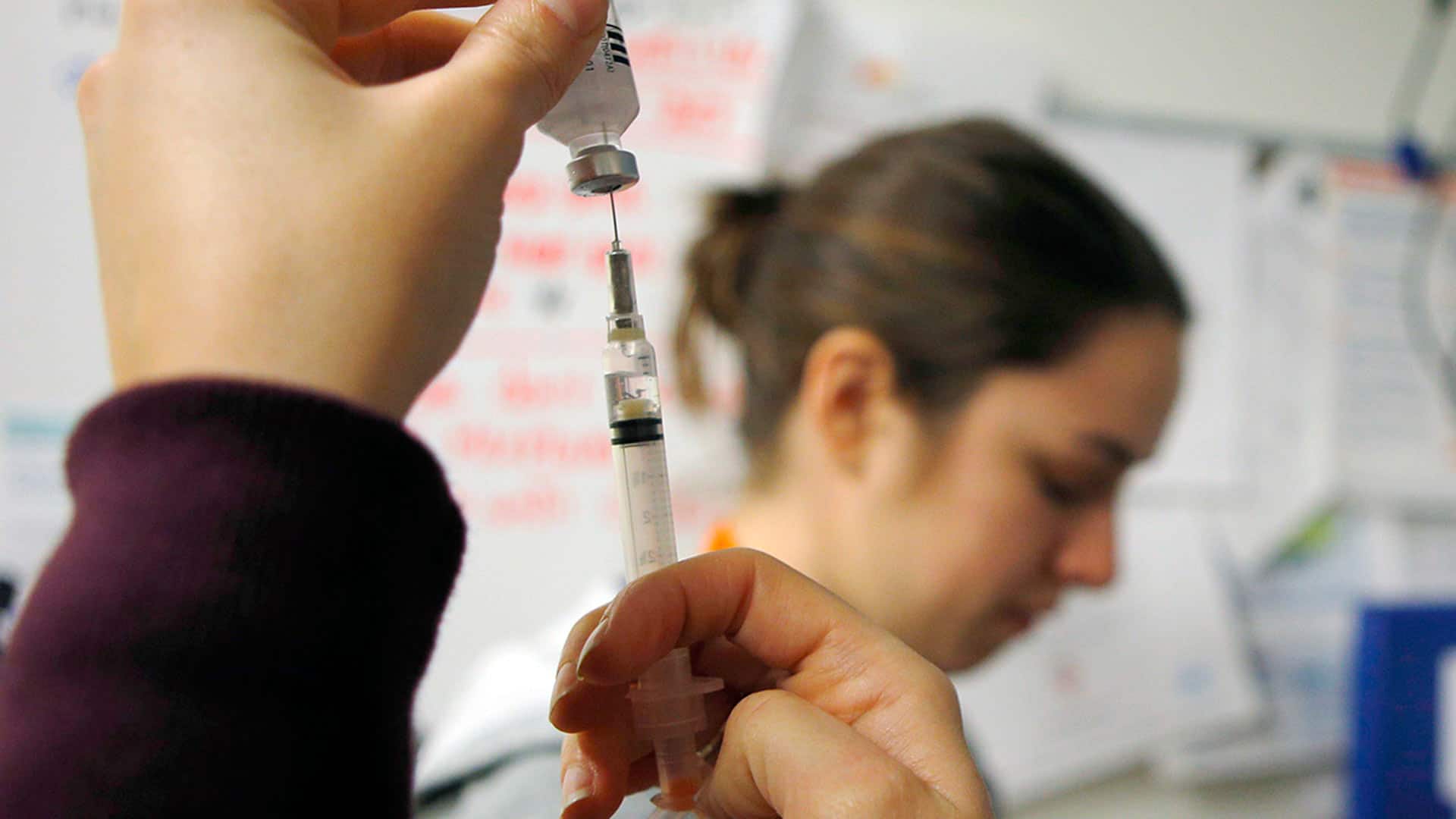 What could happen when COVID-19 collides with flu season

3 months ago
2:00
The looming flu season has people worried about what might happen when influenza collides with the pandemic, but some experts say measures in place to prevent the spread of COVID-19 could result in a milder flu season. 2:00

Meanwhile, U.S. President Donald Trump argued against another "blanket shutdown" of the economy, saying a widespread shutdown like what happened in March and April "would no longer be the answer at all."

He spoke at a news conference Thursday after the government reported that the pandemic sent the U.S. economy plunging by a record-shattering 32.9 per cent annual rate last quarter.

The president said the nation has gotten a handle on the virus but "it can come roaring back when you least suspect it." Trump insisted, though, that the economy should stay open, saying that "small shutdowns can be very helpful" but not lengthy ones.

As of 8:45 p.m. ET on Thursday, Canada had 115,799 confirmed and presumptive coronavirus cases. Provinces and territories listed 100,862 of the cases as recovered or resolved. A CBC News tally based on provincial reports, regional health information and CBC's reporting indicates that 8,963 Canadians have died.

For many health specialists in Montreal, a second wave of coronavirus infections isn't a matter of if but when — and how bad it will be.

And some epidemiologists believe the second wave may already be underway.

Those observations are based on the answers that 170 medical doctors, epidemiologists, public health experts and medical researchers provided to CBC Montreal in an informal survey circulated earlier this month. Infectious disease specialist on some big issues emerging with the coronavirus

3 months ago
5:26
Dr. Isaac Bogoch touches on back-to-school concerns, the likelihood of a vaccine and whether there is merit in temperature checks at airports. 5:26

Of the 170 who answered, two-thirds indicated that a second wave was "very likely." A further 24 per cent said it was "somewhat likely."

Other experts were more reluctant to offer predictions. They stress that because the virus is new, there is a lack of data allowing them to anticipate infection patterns. 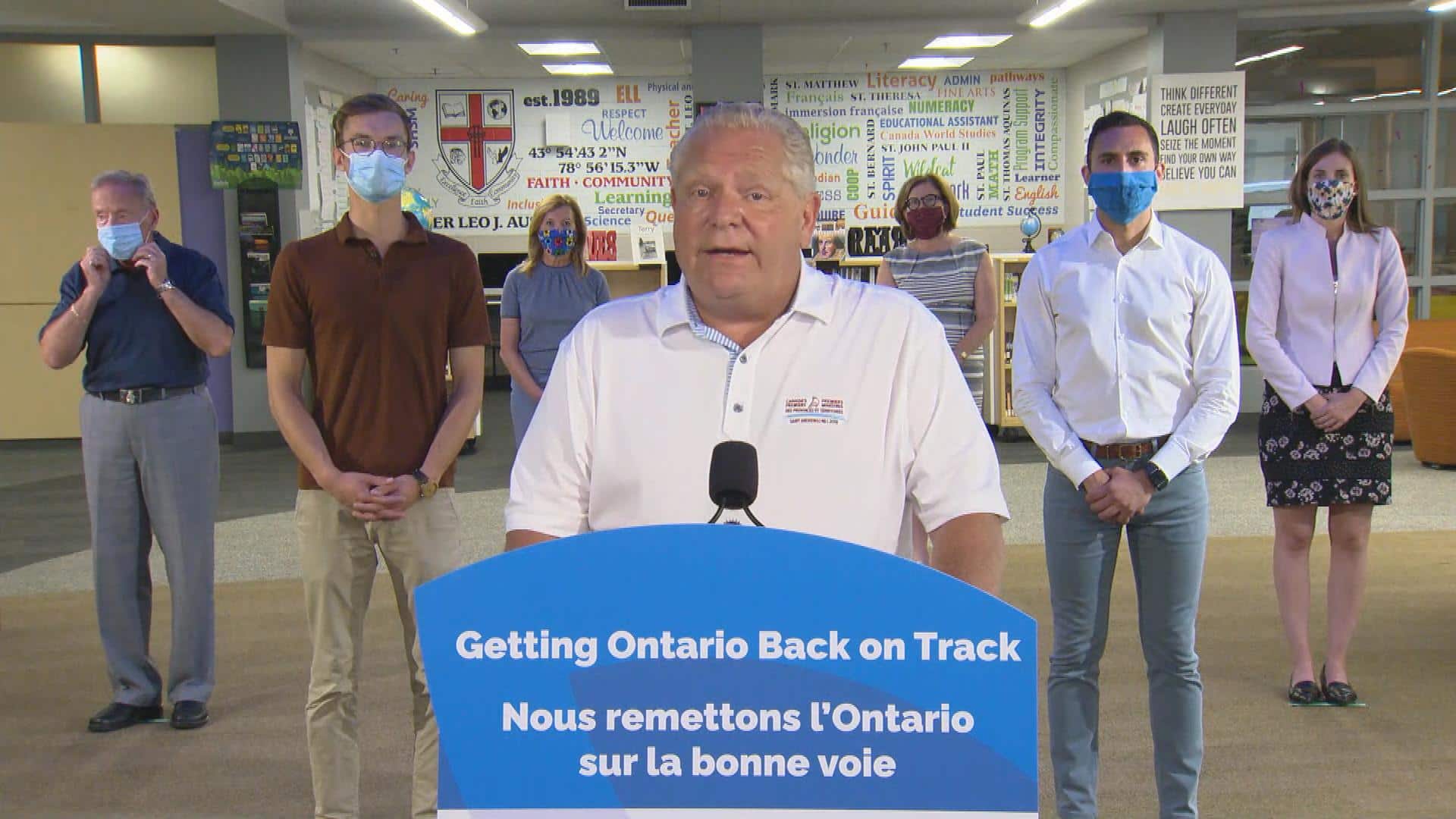 Most Ontario students going back to school full time this fall.

3 months ago
2:32
Premier Doug Ford says school will look and feel a lot like it used to in September, with five days a week of in-class learning, though there are some exceptions. 2:32

In Ontario, the provincial government announced Thursday that elementary students will be heading back to school full time come September, while most high school students will split their time between the classroom and online learning.

Students in grades 4 through 12 will be required to wear a non-medical mask or cloth face covering while at school. Younger children will be encouraged, but not required, to do so. Medical masks will be provided for teachers and other staff.

Just 10 days ago, Cuba registered zero new coronavirus cases for the first time since the start of its outbreak, burnishing its reputation for a textbook handling of disasters like hurricanes and now the pandemic.

On Thursday though, top epidemiologist Francisco Duran berated Cubans in his daily briefing for letting their guard down too quickly, resulting in several new focal points of local transmission.

"People are holding different types of gatherings without taking into account distancing and often without even using a face mask," the usually mild-mannered Duran said, visibly irritated.

He reported nine new cases over the last day, after the daily count jumped as high as 37 over the past week.

Science and Technology Minister Marcos Pontes wrote on Twitter that he tested positive after experiencing flu-like symptoms and headache. The 57-year-old is now in isolation.

The presidency's press office said in a statement later that Michelle Bolsonaro, 38, also tested positive. The statement said she appeared to be in good health but would follow established protocols.

President Bolsonaro told reporters on July 7 he had been diagnosed with the coronavirus and was then confined to the presidential palace in the capital, Brasilia, for more than two weeks. He announced he tested negative on Saturday.

In the United Kingdom, scientists at Imperial College London say they are immunizing hundreds of people with an experimental coronavirus vaccine in an early trial after seeing no worrying safety problems in a small number vaccinated so far.

Dr. Robin Shattock told The Associated Press that he and colleagues have finished a very slow process of testing the vaccine at a low dose in the initial participants and would now expand the trial to about 300 people.

Earlier this week, the world's biggest coronavirus vaccine study started in the United States. Several other vaccines made by China and by Britain's Oxford University began smaller final-stage tests in Brazil and other hard-hit countries this month.

Germany's economy, Europe's largest, took a massive hit during pandemic shutdowns, shrinking by 10.1 per cent during the April-June period from the previous quarter, the official statistics agency said Thursday.

It was the biggest drop since quarterly growth statistics began being compiled in 1970. The plunge far exceeded the previous worst-ever recorded performance, a fall of 4.7 per cent in the first quarter of 2009 during the global financial crisis.

South Africa's confirmed coronavirus cases are now above 471,000 as the country with the world's fifth-largest confirmed caseload makes up well over half the recorded infections on the African continent.

Africa's 54 countries have a total of more than 891,000 cases as local transmission of the virus is underway in many countries. Severe testing shortages mean the real number of cases is likely much higher. South Africa is also seeing far more "excess deaths" than in recent years.

India has registered more than 50,000 new coronavirus cases in the past 24 hours for the first time.

India has reported the third-most coronavirus cases in the world after the U.S. and Brazil. The reported deaths from the virus in India, however, mark a far lower fatality rate than in the other two countries.

Vietnam began mass coronavirus testing in the capital, Hanoi, banned gatherings in its economic hub and urged tens of thousands of domestic travellers to report to authorities on Thursday, as the country scrambled to contain its first outbreak in 100 days.

Text messages were sent to all cellphones used by the country's 95 million people, urging anyone who visited the popular coastal city of Danang in July to come forward, after a new wave of the virus spread to six cities and provinces in as many days, with 47 positive cases.

Japan is bracing for a surge in the number of coronavirus infections after new daily cases exceeded 1,000 for a second straight day, a week after the start of a national travel campaign to revive the tourism industry.

The country had 1,266 new cases on Thursday, according to a tally by national broadcaster NHK, surpassing the previous record of 1,264, with infections spreading rapidly not only in Tokyo but in other regions, including remote islands.