Coronavirus: What's happening around the world on August 8

Brazil surpassed a grim milestone on Saturday — 100,000 deaths from COVID-19. And five months after the first reported case, the country is showing no signs of crushing the disease.

Brazil  surpassed a grim milestone on Saturday — 100,000 deaths from COVID-19. And five months after the first reported case, the country is showing no signs of crushing the disease.

The nation of 210 million people has been reporting an average of more than 1,000 daily deaths from the pandemic since late May, and 905 were recorded in the latest 24-hour period to put Brazil above 100,000. The Health Ministry also said there have been been a total of 3,012,412 confirmed infections.

The totals are second only to the United States. And experts believe both Brazil numbers are severe undercounts due to insufficient testing.

The non-governmental group Rio de Paz placed crosses and a thousand red balloons on the sand on the famed Copacabana beach on Saturday.

"It's very sad. Those 100,000 represent various families, friends, parents, children," said Marcio Silva, 55, who lost his children in the pandemic and joined the tribute.

"We reach that mark [100,000] and many people seem to not see it, both among the government and our people. They are not just numbers but people. Death became normal," Silva said.

Brazilian President Jair Bolsonaro — who himself reported being infected — has been a consistent skeptic about the impact of the disease and an advocate of lifting restrictions on the economy that had been imposed by state governors trying to combat it. He has frequently mingled in crowds, sometimes without a mask.

On the day that Brazil reached more than 100,000 deaths, the federal government's communication secretariat confronted criticism from former justice minister Sergio Moro on social media for the management of the pandemic.

The secretariat responded with a tweet of its own, saying, "There are many numbers that deserve to be disclosed: ALMOST 3 MILLION LIVES SAVED OR IN RECOVERY - ONE OF THE LOWEST DEATHS PER MILLION AMONG LARGE NATIONS." Bolsonaro answered the secretariat's tweet with an emoji of shaking hands.

Experts have complained of a lack of national co-ordination under Bolsonaro and scattershot responses by city and state governments, with some reopening earlier than health experts recommended.

Brazil is facing the pandemic with an interim health minister, Eduardo Pazuello, an army general who made his career in logistics. Two earlier health ministers, both physicians, exited over differences with Bolsonaro about social distance measures and the use of hydroxychloroquine, an anti-malaria drug promoted by the president but which most studies have found to be ineffective against COVID-19, or even dangerous.

Bolsonaro, who has called COVID-19 a "little flu," says he recovered from his own infection thanks to that drug.

Many of Brazil's 27 states have begun to reopen shops and restaurants, though responses have differed, as has the strain on the health system. While Brasilia, the capital, has recorded almost 80 per cent occupancy of its ICU beds, Rio de Janeiro's occupation rate is now down to less than 30 per cent.

In Rio, shopping malls and restaurants have already opened and people have returned to the beaches.

As of 7:30 p.m. ET on Saturday, Canada had 119,221 confirmed and presumptive coronavirus cases. Provinces and territories listed 103,566 of those as recovered or resolved. A CBC News tally of deaths based on provincial reports, regional health information and CBC's reporting stood at 9,014.

A 72-year-old Canadian man from Richmond Hill, Ont., died of COVID-19 at a Virginia hospital on Wednesday, four weeks after being transferred there from an immigration detention centre that has been dealing with an outbreak of COVID-19. Now, his devastated family is speaking out, saying his death could have been avoided.

WATCH | Family speaks out after Canadian man dies of COVID-19 in ICE custody: 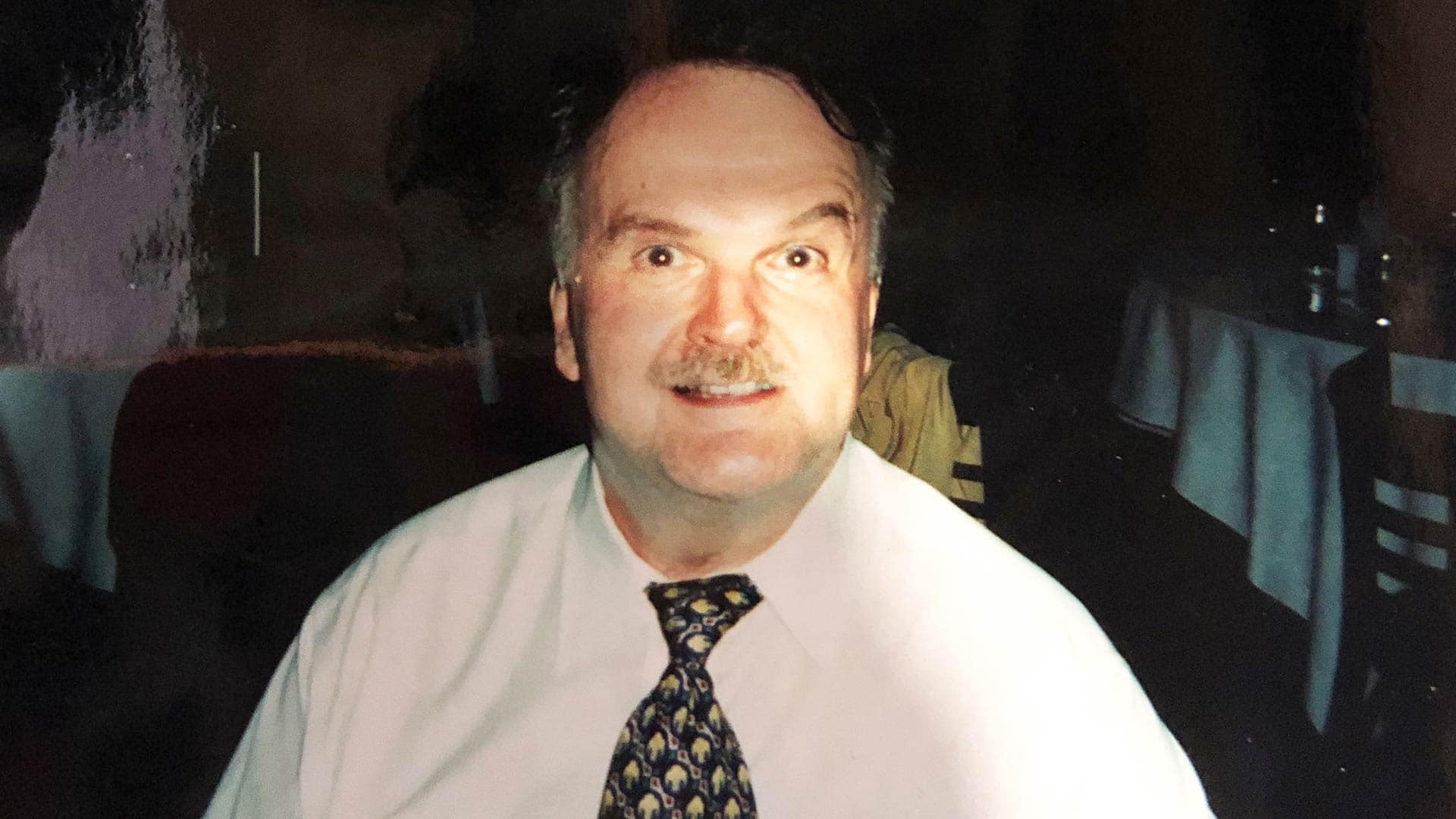 3 months ago
2:11
James Hill died of COVID-19 while in the custody of U.S. immigration enforcement while awaiting deportation to Canada. 2:11

The first new case in Newfoundland and Labrador since July 26 is tied to the television show Hudson & Rex, sources have told CBC News.

The province's Department of Health said there is one new travel-related case of COVID-19, a woman who was asymptomatic while travelling on a flight from Toronto to St. John's on Thursday.

In an interview with CBC News on Friday afternoon, Hudson & Rex producer Paul Pope said all COVID-19 precautions on set were followed and that the case was found through regular private testing.

In Manitoba, the province's second-largest city is dealing with a significant outbreak of COVID-19. The cluster has been linked to a traveller from Eastern Canada who did not self isolate when they arrived in Brandon. The 17 new cases include 10 workers at the local Maple Leaf Foods pork-processing plant.

Jeff Traeger, president of the United Food and Commercial Workers Local 832, is calling for production at the plant to be halted. 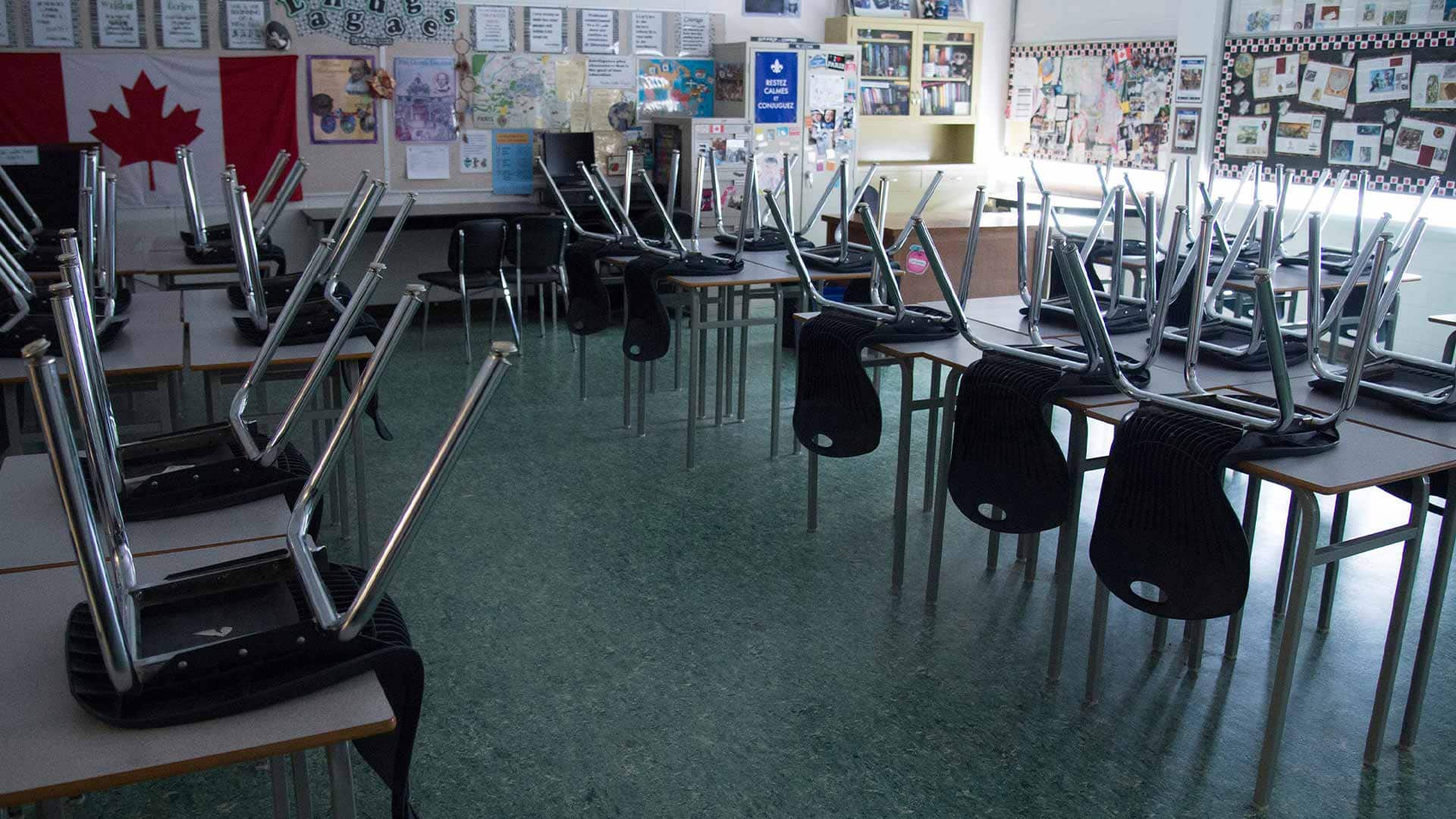 3 months ago
1:53
As Ontario parents continue to press the government for stronger safety measures when schools reopen, public health agencies are making statements that seem to reinforce the parents' arguments. 1:53

In Toronto, the head of a centre providing before- and after-school care has expressed concerns that children are attending from different schools — creating "too many bubbles."

Education Minister Stephen Lecce announced on Friday that daycares will be able to expand their numbers to pre-COVID capacity on Sept. 1. He said there will be strict protocols, including cleaning and requiring all child-care staff to wear masks at all times.

In Saskatchewan, Minister of Education Gord Wyant said that as of now, mask use will not be mandatory in classrooms in September, although the province is "actively considering" their use.

According to Johns Hopkins University, the global total of confirmed coronavirus cases tops 19.4 million and more than 722,000 people have died.

In Europe, the glamorous French Riviera resort of Saint-Tropez is requiring face masks outdoors. France already has made mask-wearing mandatory in all public indoor spaces. Wearing a mask outdoors is also mandatory in some crowded parts of Marseille, France's second-largest city. Paris will enforce a similar measure on Monday.

People in Britain must also wear masks in most indoor settings starting Saturday as the country tries to squash a rise in coronavirus infections that has followed the easing of lockdown measures.

England and Scotland now require face-coverings in most indoor spaces, including places of worship, museums, cinemas, banks and libraries. They were already mandatory in shops and on public transit.

In Asia-Pacific, Australia's Queensland state has closed road access from neighbouring New South Wales because of the coronavirus outbreak. Only essential workers and locals living along the boundary will be allowed to enter Queensland. Police say nearly 150 people had been turned away in the early hours of the shutdown.

India recorded 933 fatalities in the past 24 hours as fresh infections surged by another 61,537 cases to reach nearly 2.1 million. The Health Ministry says the total deaths touched 42,518, including more than 20,000 in the past 30 days. An average of about 50,000 new cases are reported each day since mid-June.

The ministry asked state authorities to test grocery shop workers and street vendors, saying that if undetected they can potentially spread infection to a large number of people.

In the Americas, U.S. President Donald Trump on Saturday moved to bypass the nation's elected lawmakers as he claimed the authority to defer payroll taxes and extend an expired unemployment benefit after negotiations with Congress on a new coronavirus rescue package collapsed.

Meanwhile, Cuba placed Havana back on a strict lockdown on Saturday following a rebound in coronavirus cases, ordering restaurants, bars and pools once more to close, suspending public transportation and banning access to the beach.

Cuba has been hailed as a rare success story in Latin America for its textbook handling and containment of its coronavirus outbreak, but cases have risen to April levels over the past two weeks after the country eased lockdown restrictions last month.

In Africa, South Africa's number of confirmed coronavirus deaths has surpassed 10,000. The Department of Health said the country with the world's fifth-largest caseload now has 553,188 cases and 10,210 deaths.

South Africa makes up more than half the infections on the African continent, where the total number of cases this past week surpassed one million.

Experts say the actual number of cases is several times that amount, given the shortage of testing materials, and people can have the virus without symptoms.