A last-ditch effort by Democrats to revive talks on vital COVID-19 rescue money collapsed in disappointment Friday, making it increasingly likely that Washington gridlock will mean more hardship for millions of people in the United States and further economic damage.

A last-ditch effort by Democrats to revive talks on vital COVID-19 rescue money collapsed in disappointment Friday, making it increasingly likely that Washington gridlock will mean more hardship for millions of people in the United States and further economic damage.

"It was a disappointing meeting," said top Senate Democrat Chuck Schumer, saying the White House had rejected an offer by House Speaker Nancy Pelosi to curb Democratic demands by about $1 trillion US. He urged the White House to "negotiate with Democrats and meet us in the middle. Don't say it's your way or no way."

Treasury Secretary Steven Mnuchin said, "Unfortunately we did not make any progress today."

Republicans said Pelosi was relying on budget manoeuvres to curb costs and contended she has overplayed her hand.

Often an impasse in Washington is of little consequence for the public — not so this time. It means longer and perhaps permanent expiration of a $600 US-per-week bonus pandemic jobless benefit that's kept millions of people from falling into poverty. It denies more than $100 billion US to help schools reopen this fall. It blocks additional funding for virus testing as cases are surging this summer. And it denies billions of dollars to state and local governments considering furloughs as their revenue craters.

Uncertainty is ahead. Both the House and Senate have left Washington, with members sent home on instructions to be ready to return for a vote on an agreement. With no deal in sight, their absence raises the possibility of a prolonged stalemate that stretches well into August and even September.

The talks came to an unsuccessful end on the same day that the Labour Department released a jobs report showing the U.S. added 1.8 million jobs in July, a pullback from the gains of May and June and evidence that the resurgent coronavirus is stalling hiring and slowing an economic rebound.

Even counting hiring over the past three months, the economy has now recovered only about 42 per cent of the 22 million jobs it lost to the pandemic-induced recession, according to the report.

Meanwhile, in New York, Gov. Andrew Cuomo announced Friday that schools can bring children back to classrooms for the start of the school year, citing success in battling the coronavirus in the state that once was the U.S. heart of the pandemic.

The Democratic governor's decision clears the way for schools to offer at least some days of in-person classes alongside remote learning. Students will be required to wear masks throughout each school day.

"Everywhere in the state, every region is below the threshold that we established," Cuomo told reporters. He said New York can revisit the issue if the infection rate spikes.

New York City's mayor, Bill de Blasio, has been saying since the spring that his goal was to bring students back in September, with as much classroom time as possible while still allowing for physical distancing.

That plan has looked exceedingly ambitious as other large school systems back away from in-person instruction.

Chicago, Los Angeles, Miami and Houston, among other places, all announced they would start the school year with students learning remotely.

As of 8:45 p.m. ET on Friday, Canada had 118,985 confirmed and presumptive coronavirus cases. Provinces and territories listed 103,435 of those as recovered or resolved. A CBC News tally of deaths based on provincial reports, regional health information and CBC's reporting stood at 9,008.

While the overall picture is generally positive, officials are on guard for spikes in cases and localized outbreaks. In Manitoba, union leaders who witnessed a devastating COVID-19 outbreak at meat-packing facilities in Alberta are calling for the Maple Leaf Foods plant in Brandon to shut down. Early Friday, union officials said cases at the plant had doubled from four to eight.

Leaders of the province's four opposition parties are backing that union call, hoping to avoid the type of deadly outbreaks seen at food-processing facilities in Alberta and the U.S. 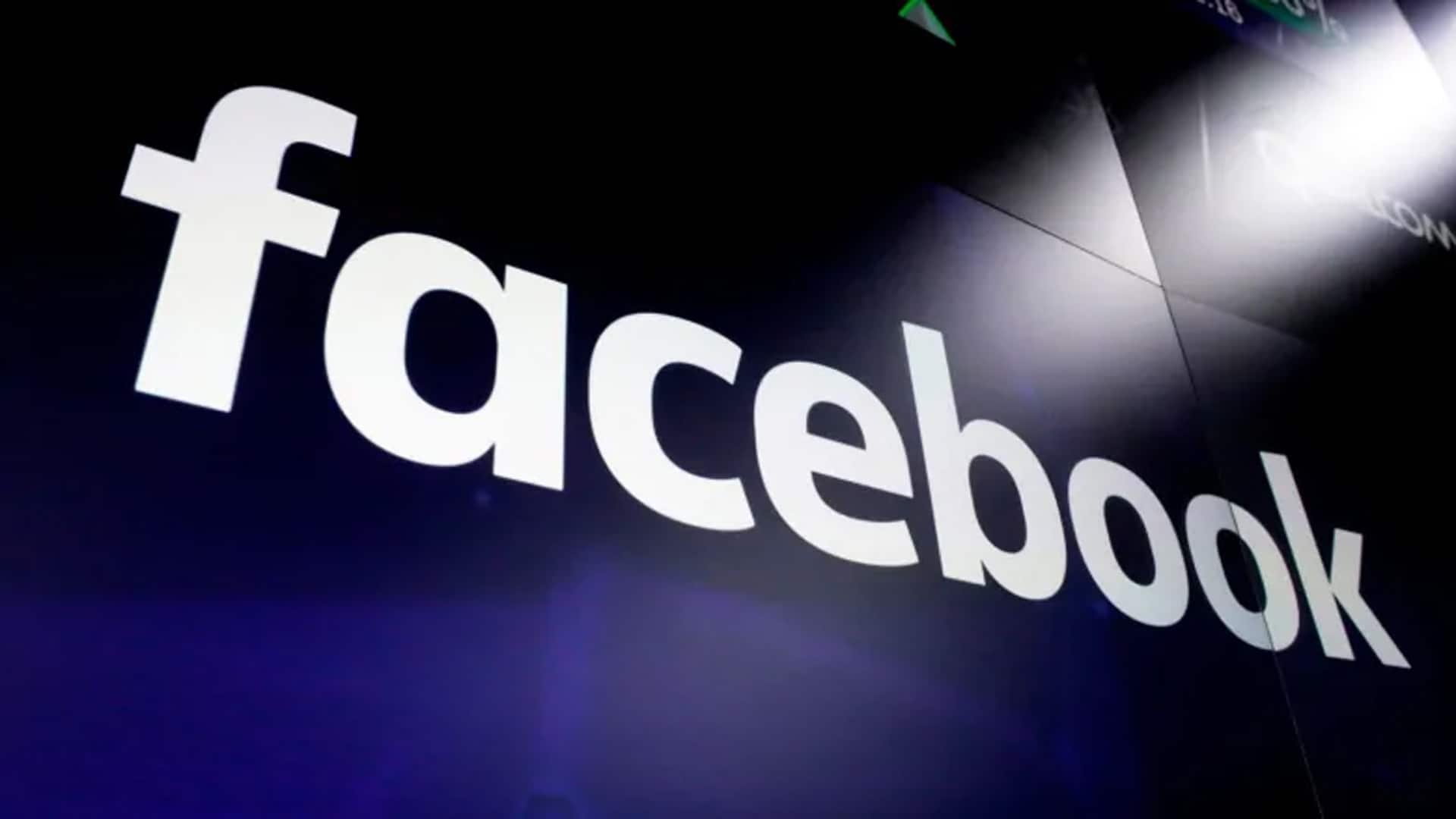 Dozens of workers at the Brandon plant have been forced to quarantine as a result of the positive cases.

The Manitoba government offered little in the way of specifics Thursday but said it is working with leaders in the meat-processing industry and that the transmission doesn't appear to have spread to the production floor.

This is Yukon's 15th confirmed case of COVID-19. It has been months since Yukon or the N.W.T. has had an active case; Nunavut is still the only jurisdiction in Canada to not have any positive cases of COVID-19.

WATCH | Survey indicates there is still vaccine hesitancy to overcome: 2 months ago
6:31
Dr. Michael Gardam says the fact that Canadians have done a good job at reducing the number of coronavirus cases is actually breeding some complacency. 6:31

Economic progress as the country re-emerges from lockdowns has been slow. Canada's economy added 419,000 jobs in July and the jobless rate dropped to 10.9 per cent, according to a Statistics Canada report on Friday.

July's job gain, when added to the 953,000 in June and the 290,000 from May, still leaves Canada's economy with 1.3 million fewer jobs than it had in February, before widespread lockdowns to limit the spread of COVID-19 began.

The jobless rate fell 1.4 percentage points for the second consecutive month and is now down from the record high of 13.7 per cent it hit in May. For comparison purposes, Canada's jobless rate was 5.6 per cent in February.

According to Johns Hopkins University, the global total of confirmed coronavirus cases was more than 19.2 million as of 8:45 p.m. ET on Friday. More than 718,000 people have died, while 11.6 million have recovered.

Brazil reported 50,230 new cases of the novel coronavirus and 1,079 deaths from the disease caused by the virus in the past 24 hours, the health ministry said on Friday, bringing its total number of deaths closer to 100,000.

Brazil has registered 2,962,442 cases of the virus since the pandemic began, while the official death toll from COVID-19 has risen to 99,572, according to ministry data, in the world's worst coronavirus outbreak after the United States.

Lebanon's Health Ministry is reporting a new daily record of 279 new coronavirus cases, bringing the total 5,951. An additional 70 deaths were confirmed on Friday.

The surge comes three days after Beirut was hit by a massive chemical explosion that killed 154 people, wounded thousands and damaged large parts of the city. There have been concerns that the crowding at hospitals overwhelmed with the huge casualties from the blast could lead to a surge in COVID-19 cases in the coming weeks.

Virus cases in Lebanon have been increasing since early July, when the country's only international airport reopened and a lockdown eased.

France counted more than 2,000 new cases of coronavirus in the last 24 hours, the biggest single-day total since May.

Health officials say there were 2,288 new cases, bringing the total for the week to 9,330. That's more than four times the 556 cases recorded on Monday. The uptick in cases corresponds with France's summer holidays and seashore vacations.

Spain reported 1,895 new coronavirus cases Friday, more than 200 from the previous day. It's the highest daily increase in coronavirus infections since the country ended a lockdown in June.

But the report didn't include the Aragon region, which on Thursday had the highest number of new cases with more than 300. The Health Ministry says Aragon had technical problems in reporting.

In Germany, officials in Mecklenburg-Western Pomerania have shut down two schools after new cases of coronavirus were confirmed only days after the northeastern state became the country's first to resume classes.

The sparsely populated state has been Germany's least affected by the pandemic, with 910 positive tests for COVID-19 and 20 virus-related deaths among its 1.6 million residents.

Schools fully reopened on Monday with no mask or distancing requirements but with children divided into fixed groups for classes in an effort to compartmentalize possible outbreaks.

The development raises concerns as Germany's most populous state, North Rhine-Westphalia, prepares to send its 2.5 million students back to school next week. It has the country's strictest guidelines, including a mask requirement at all times in school buildings.

Lam says such universal testing will help gauge the level of transmission in the community, find those who may be carrying the virus but not showing symptoms and reassure the public.

She told reporters, "Put simply, anyone in the community who wants to do a test can take the test. We won't care if they come from high-risk groups or not."

Hong Kong has been struggling to contain a new outbreak that has seen it adding around 100 new cases per day. The city has registered more than 3,800 cases with 46 deaths.

Lam's government has cited virus concerns as the reason for postponing elections for the city's Legislative Council originally scheduled for September in what the opposition camp called a political move.

As India hit another grim milestone in the coronavirus pandemic on Friday, crossing two million cases and more than 41,000 deaths, community health volunteers went on strike, complaining they were ill-equipped to respond to the wave of infection in rural areas.

The caseload in the world's second-most populous country has quickly expanded since the government began lifting a months-long lockdown, hoping to jump-start a moribund economy.

About 900,000 members of an all-female community health force known as Accredited Social Health Activists began a two-day strike on Friday, protesting that they were being roped in to help with contact tracing, personal hygiene drives and in quarantine centres but weren't given personal protective equipment or additional pay, according to organizer A.R. Sindhu.

"ASHA workers don't have masks or PPEs or even sanitizers," she said.