A U.S. count of deaths from all causes during the first seven months of 2020 has yielded what experts believe is a fuller — and more alarming — picture of the disaster and its racial dimensions.

Mounting U.S. deaths during pandemic reveal an outsized toll on people of colour

As many as 215,000 more people than usual died in the U.S. during the first seven months of 2020, suggesting that the number of lives lost to the coronavirus is significantly higher than the official toll. And half the dead were people of colour — Blacks, Hispanics, Native Americans and, to a marked degree unrecognized until now, Asian Americans.

The new figures from the Centers for Disease Control and Prevention highlight a stark disparity: Deaths among minorities during the crisis have risen far more than they have among whites.

But public health authorities have long known that some coronavirus deaths, especially early on, were mistakenly attributed to other causes, and that the crisis may have led indirectly to the loss of many other lives by preventing or discouraging people with other serious ailments from seeking treatment.

A count of deaths from all causes during the seven-month period yields what experts believe is a fuller — and more alarming — picture of the disaster and its racial dimensions.

People of colour make up just under 40 per cent of the U.S. population but accounted for approximately 52 per cent of all the "excess deaths" above normal through July, according to an analysis by The Associated Press and The Marshall Project, a non-profit news organization covering the criminal justice system.

"The toll of the pandemic shows just how pervasive structural racism is," said Olugbenga Ajilore, senior economist at the Center for American Progress, a public policy organization in Washington.

Earlier data on cases, hospitalizations and deaths revealed the especially heavy toll on Black, Hispanic and Native Americans, a disparity attributed to unequal access to health care and economic opportunities. But the increases in total deaths by race were not reported until now; nor was the disproportionate burden on Asian Americans.

With this new data, Asian Americans join Blacks and Hispanics among the hardest-hit communities, with deaths in each group up at least 30 per cent this year compared with the average over the last five years, the analysis found.

Deaths among Native Americans rose more than 20 per cent, though that is probably a severe undercount because of a lack of data. Deaths among whites were up nine per cent.

The toll on Asian Americans has received far less attention, perhaps in part because the numbers who have died — about 14,000 more than normal this year — have been far lower than among several other groups. Still, the 35 per cent increase in Asian American deaths is the second-highest, behind Hispanic Americans. 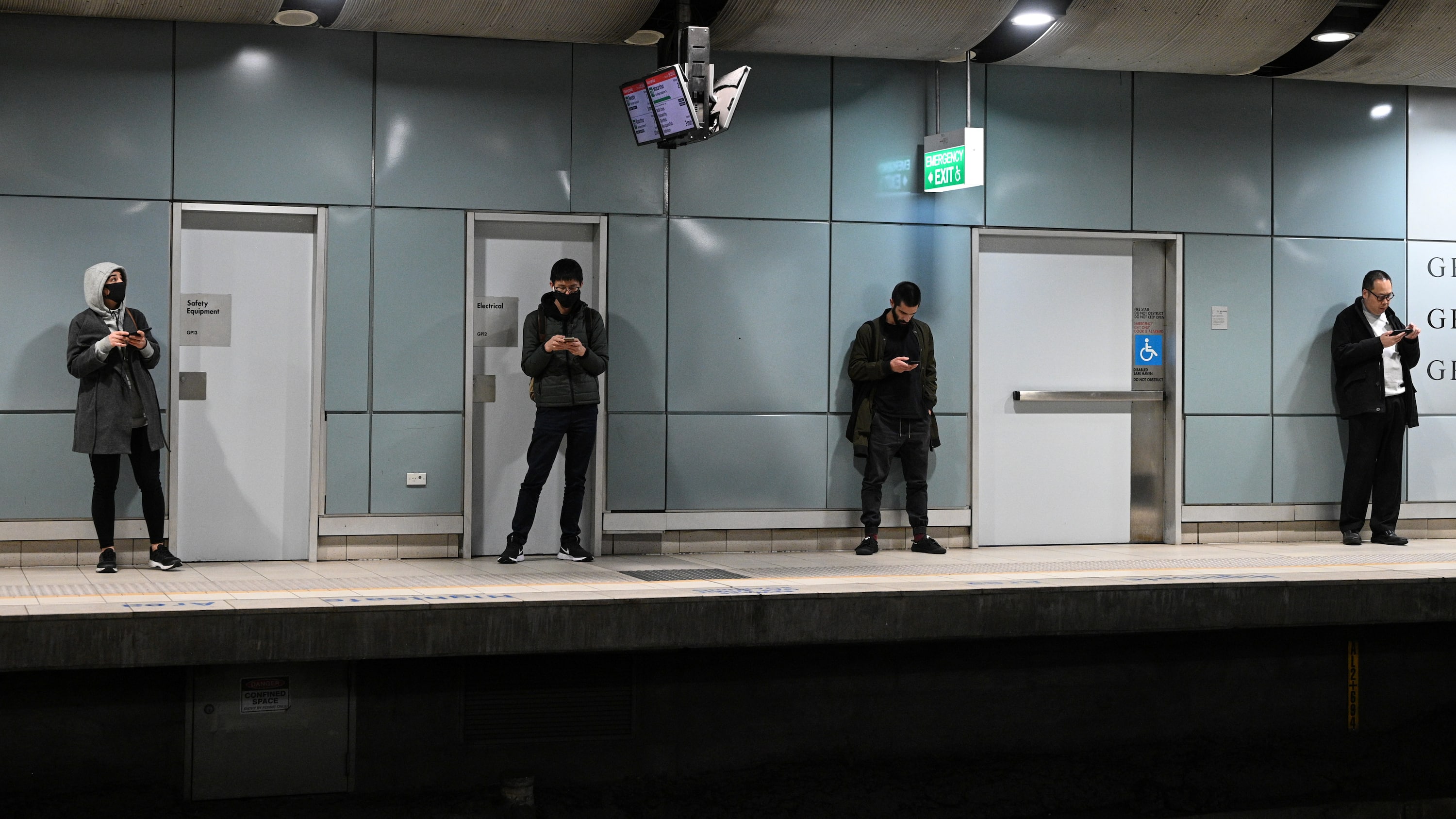 2 months ago
0:50
Toronto doctor Michael Gardam says Australia's flu caseload plummeted after physical distancing was introduced for COVID-19, and he thinks that measure could have the same effect in the Northern Hemisphere.   0:50

In an average year, somewhere around 1.7 million people die in the United States between January and the end of July. This year the figure was about 1.9 million, according to the CDC.

Of the possible 215,000 additional deaths above normal through July — a total that has since risen to as many as 235,000 — most were officially attributed to coronavirus infections. The rest were blamed on other causes, including heart disease, high blood pressure and other types of respiratory diseases.

The CDC has not yet provided a breakdown by race and ethnicity of the deaths from other causes. The newly released data is considered provisional and subject to change as more information comes in.

Certain categories of deaths — suicides or drug overdoses, for example — often involve lengthy investigations before a cause is assigned.

As of 9 p.m. ET on Friday, Canada had 124,372 confirmed and presumptive coronavirus cases. Provinces and territories listed 110,648 of those as recovered or resolved. A CBC News tally of deaths based on provincial reports, regional health information and CBC's reporting stood at 9,100.

Washington Gov. Jay Inslee is asking Canada for help with U.S. residents of a small peninsula who have been marooned by the pandemic-related closure of the U.S.-Canada border.

Point Roberts is part of Washington state, but it juts out from the Canadian mainland south of Vancouver and it is not connected to the rest of Washington. About 1,300 Washington residents live there.

In a letter Friday to Canadian Prime Minister Justin Trudeau, Inslee noted that the residents of Point Roberts are isolated, but they are usually are able to drive through Canada and back into Washington state to obtain goods and services or to see family and friends. With the border closed to nearly all travel since March 21, that hasn't been possible.

Inslee suggested that residents of Point Roberts could be given special travel permits allowing them to drive directly to and from the Washington state mainland. Canada has granted similar travel permits to Americans driving between the Lower 48 and Alaska.

Ford called the announcement, first reported Thursday by CBC News, one of the proudest moments of his time as premier.

WATCH | Saliva tests could change COVID-19 but not in Canada yet: 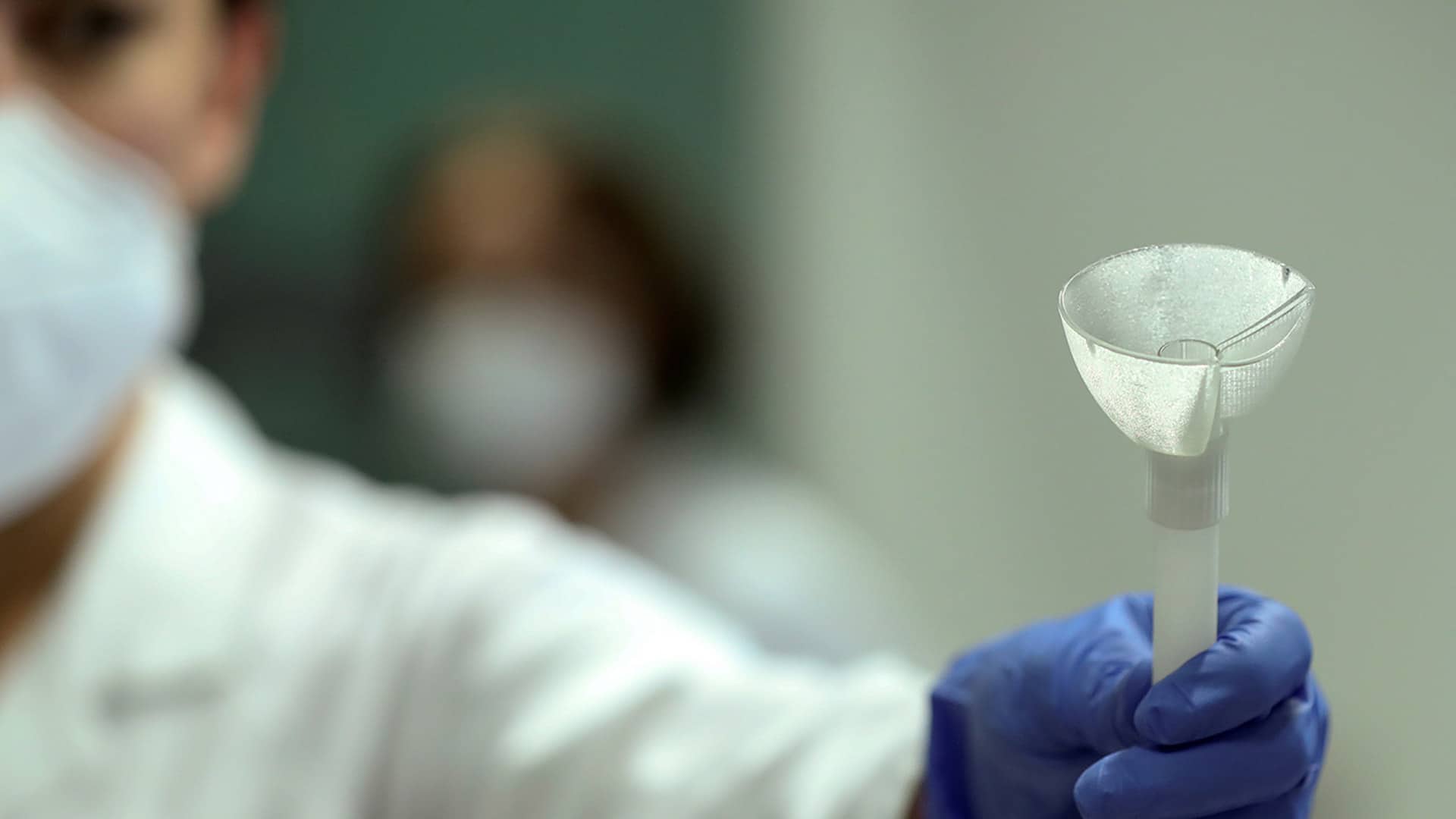 Saliva tests could change COVID-19, but not in Canada yet

2 months ago
2:00
Spitting in a cup may soon be an alternative to the standard COVID-19 test that goes up through the nose, but saliva tests haven’t yet been approved for use in Canada. 2:00

Earlier in the pandemic, the province was left scrambling to find more PPE with just one week of supplies left. Ford said Friday's announcement will stop that from happening again.

The plant is expected to deliver 25 million masks to the federal government and another 25 million for Ontario. Production is set to begin early next year.

In British Columbia, police and other law enforcement officers now have the authority to issue fines of up to $2,000 to people who host large events that violate public health orders during the COVID-19 pandemic.

In a news conference Friday, Public Safety Minister Mike Farnworth said that stricter enforcement is necessary because a small number of British Columbians have been disregarding public health measures and continue to participate in indoor and outdoor events that increase the risk of transmission of the disease. 2 months ago
1:36
Public Safety Minister Mike Farnworth has strengthened fines for the "small minority" of British Columbians who are flouting public health measures. 1:36

According to the announcement, organizers can be fined for hosting an event with more than 50 guests, for not keeping a contact list or for hosting more than five people in a vacation accommodation.

According to Johns Hopkins University, the global total of confirmed coronavirus cases stands at more than 22.8 million. More than 797,000 people have died, while 14.6 million have recovered.

The head of the World Health Organization said on Friday he hopes the world can end the coronavirus pandemic in less than two years — less time than it took for the 1918 flu pandemic to be stopped.

Tedros Adhanom Ghebreyesus described COVID-19 as a "once-in-a-century health crisis" and said that while globalization had allowed the virus to spread quicker than the flu did in 1918, there was also now the technology to stop it that hadn't been available a century ago.

"We hope to finish this pandemic (in) less than two years, especially if we can pool our efforts," he said during a press briefing.

WATCH | COVID-19 testing in Mexico continues to be limited, says WHO: 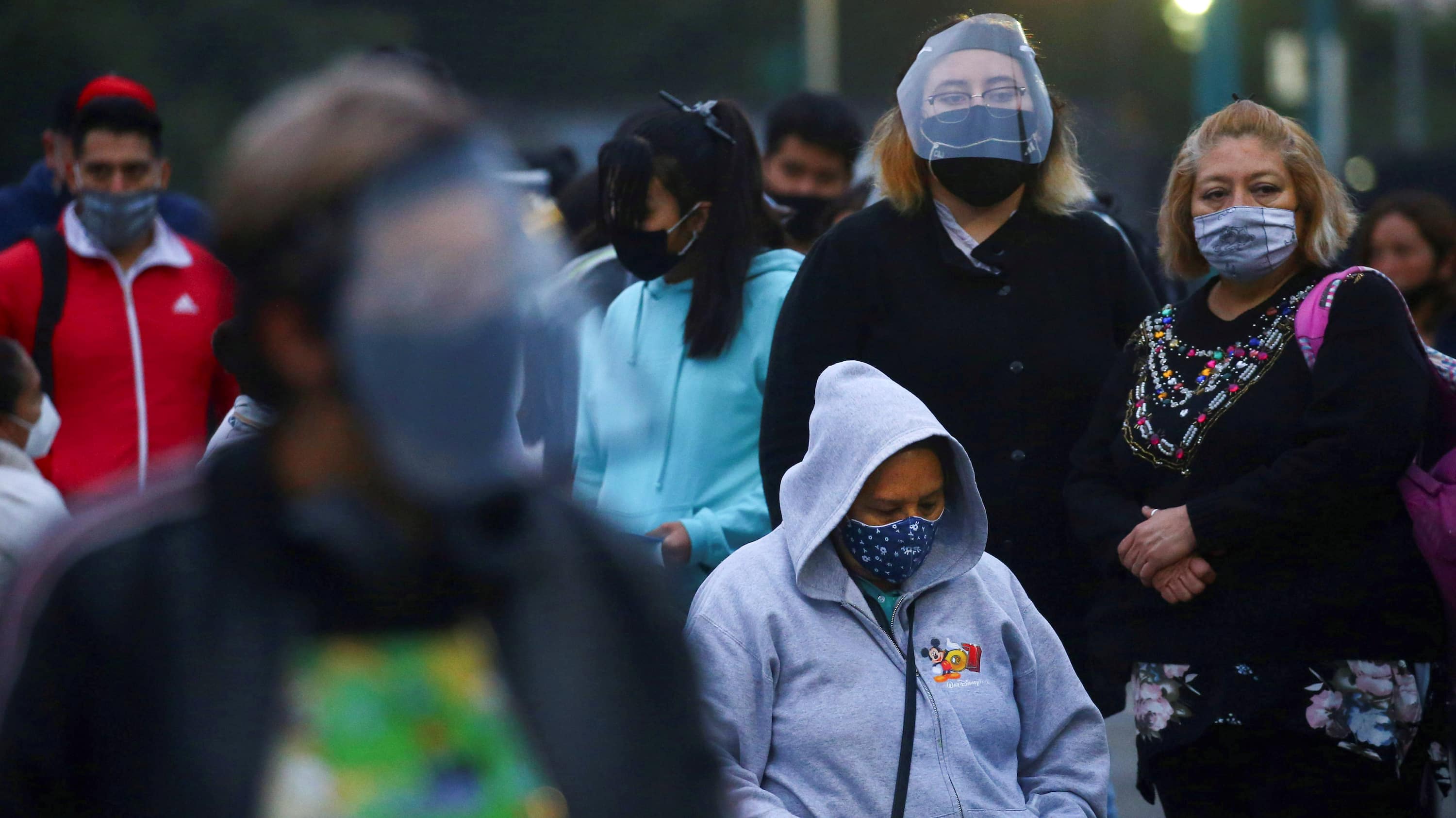 Scale of COVID-19 infections in Mexico 'clearly underrecognized,' says WHO

2 months ago
1:43
Coronavirus deaths among the poor and Indigenous people of Mexico are sharply higher than for wealthier people, says Mike Ryan of the World Health Organization's health emergencies program. 1:43

WHO's emergencies chief Dr. Michael Ryan noted that the 1918 pandemic hit the globe in three distinct waves and that the second wave, which started during the fall of 1918, was the most devastating. But he said it didn't appear COVID-19 was following the same pattern.

"This virus is not displaying a similar wave-like pattern," he said. "When the virus is not under control, it jumps straight back up."

Ryan said that while pandemic viruses often settle into a seasonal pattern, that didn't appear to be the case for the coronavirus.

The famous "floating gardens" of Xochimilco in Mexico's capital have reopened to visitors after a five-month lockdown.

The canals that run through man-made islands created by the Aztecs provide a popular day trip for tourists in Mexico City, with flat-bottom boats plying the water and mariachis playing music.

Seeking to reassure people, the borough government cleaned and disinfected the flower-decked boats and docks, and enforced special hygiene rules, but there were few tourists or revellers for Friday's reopening.

That contrasts with the crowds in a good year, like 2015, when about two million people visited the floating gardens.

In the United States, 15 Minnesota residents have contracted the coronavirus after being exposed during the 10-day Sturgis Motorcycle Rally in South Dakota, and Minnesota health officials are warning that they expect the number to grow.

An official at the Department of Heath said the first Sturgis-linked case was reported Thursday, while 14 others were added Friday. One patient was hospitalized as of Friday.

The Minnesota announcement follows a warning Thursday from South Dakota officials that a number of people who attended the rally had come down with the virus, including some from out of state. They said at the time it was under 25.

At least 41 schools in Berlin have reported that students and teachers have become infected with coronavirus not even two weeks after schools reopened in the German capital.

Daily newspaper Berliner Zeitung published the numbers Friday, and city education authorities confirmed the figures to The Associated Press. Hundreds of students and teachers — across elementary schools, high schools and trade schools — are in quarantine, the newspaper reported.

Education in Germany isn't in the hands of the federal government but under the auspices of the country's 16 states, and thus there are many differing COVID-19 rules in place depending on each state, especially when it comes to wearing masks.

Doctors in most public hospitals in Kenya's capital went on strike Friday to protest against delayed salaries and a lack of personal protective equipment (PPE) when handling patients who may have COVID-19.

2 months ago
0:47
Saying they don't want to die in their hospitals, more than 300 doctors in Kenya's capital are on strike due to safety concerns and lack of pay. 0:47

He said 320 doctors employed by the Nairobi County government were taking part in the strike because they had inadequate health insurance, poor-quality PPE and too few isolation wards to treat COVID-19 patients.

South Korea has reported 324 new cases of the coronavirus, its highest single day total since early March as the recent surge of COVID-19 in the greater capital area now appears to be spreading nationwide.

Friday was the eighth consecutive day that South Korea has reported a triple-digit daily increase, for an eight-day total of 1,900 infections.

Most of the recent new cases have been in the densely populated Seoul metropolitan region. But officials said Friday the latest new infections were recorded in practically all major cities nationwide.