Coronavirus: What's happening around the world on Aug. 15 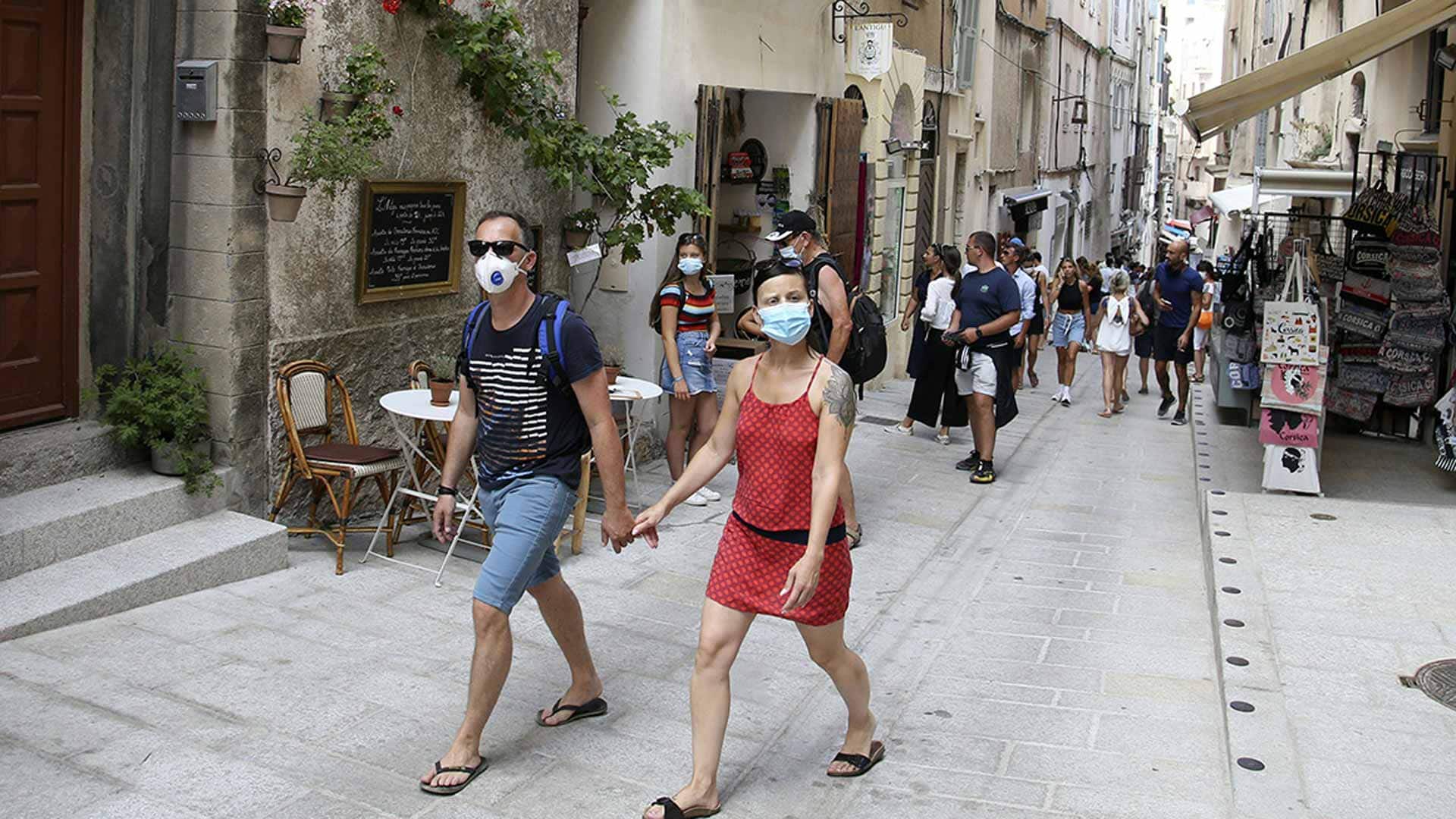 3 months agoVideo
2:10
The United Kingdom, Germany, Spain and France have implemented new restrictions as COVID-19 cases increase in several European countries. Some say reduced travel restrictions in Europe are behind the increases. 2:10

The surges have spread alarm across Europe, which suffered mightily during the spring but appeared in recent months to have largely tamed the coronavirus in ways that the U.S. — with its vaunted scientific prowess and the extra time to prepare — cannot seem to manage. The continent's hardest-hit countries, Britain, Italy, France and Spain, have recorded about 140,000 deaths in all.

In addition to clubs and alcohol-fuelled street parties, large family gatherings — usually abounding with hugs and kisses — have been cited as a source of new outbreaks in several European countries.

A new public awareness campaign by Spain's Canary Islands depicts a family gathering for a grandfather's birthday, with people taking off masks and embracing. The grandfather ends up in a hospital bed with COVID-19.

In France, thousands of vacationing Britons scrambled to return home Friday to avoid having to self-quarantine for 14 days following Britain's decision to reimpose restrictions on France because of a resurgence of infections there. Ferries added extra trips back to England, and trains were running out of space.

Some of the toughest new measures were announced in Spain, which has recorded almost 50,000 confirmed COVID-19 cases in the past 14 days.

Health Minister Salvador Illa, after an emergency meeting with regional leaders, said nightclubs nationwide were being ordered to close. Visits to nursing homes will be limited to one person a day for each resident for only one hour.

"We can't be undisciplined," Illa said.

In Italy, also faced with a surge of cases, seaside towns announced new restrictions, including bans on fireworks at beaches. The moves came just ahead of Italy's biggest summer holiday, Ferragosto, which millions of Italians celebrate at beaches, in the mountains or on trips abroad.

The mayor of Anzio banned all overnight access to the beach, while San Felice Circeo, a popular weekend getaway for Romans, ordered masks worn outdoors. On the chic island of Capri, an order requiring masks outdoors from evening to nearly dawn was expanded by the mayor to the entire day.

In Greece, authorities strongly recommended people wear masks for a week indoors and out in public areas after returning from domestic vacation destinations with a high COVID-19 incidence.

Gatherings of more than nine people were prohibited on two popular Greek resort islands, Paros and Antiparos, and a ban on restaurants, bars and nightclubs operating after midnight was expanded to more parts of the country, including Athens.

In France, amid growing fears of a second spike of contagion, the head of the country's national health service said Paris and Marseille have been declared at-risk zones. "The situation is deteriorating from week to week," the official, Jerome Salomon, said on France Inter radio.

The British government said it was compelled to impose the quarantine requirement on people returning from France in light of a 66 per cent increase in infections in France in the past week. The requirement applied to anyone returning after 4 a.m. on Saturday. The quarantine decision is a big blow to France's tourism industry, which relies heavily on travellers from Britain.

As of 7:30 p.m. ET on Saturday, Canada had 121,889 confirmed and presumptive coronavirus cases. Provinces and territories listed 108,217 of those as recovered or resolved. A CBC News tally of deaths based on provincial reports, regional health information and CBC's reporting stood at 9,062.

The Nova Scotia Health Authority is advising of "potential exposures" to COVID-19 on two flights arriving in Halifax from Toronto.

In British Columbia, health officials are urging people to remain vigilant in guarding against the virus this weekend after announcing 84 new coronvirus cases on Friday. It was the first time the province has seen more than 70 daily cases for three days straight since the start of the pandemic.

Meanwhile, health officials in Toronto say about 550 people may have been exposed to the coronavirus that causes COVID-19 at a downtown strip club earlier this month. Toronto Public Health says it is notifying people who visited the Brass Rail Tavern at 701 Yonge St. about a potential exposure. 3 months agoVideo
1:48
Toronto Public Health warns 550 people could have been exposed to the coronavirus at the Brass Rail Tavern strip club between Aug. 4 and Aug. 8 after an employee tests positive. 1:48

In Manitoba, a man in his 80s became the province's ninth COVID-19 fatality, officials said Saturday.

Federal public health officials say they are bracing for a higher number of COVID-19 infections this fall as restrictions ease and social and economic activity pick up.

"We do expect to see some increases in the number of daily cases as we move forward with reopening," Chief Public Health Officer Dr. Theresa Tam said on Friday. 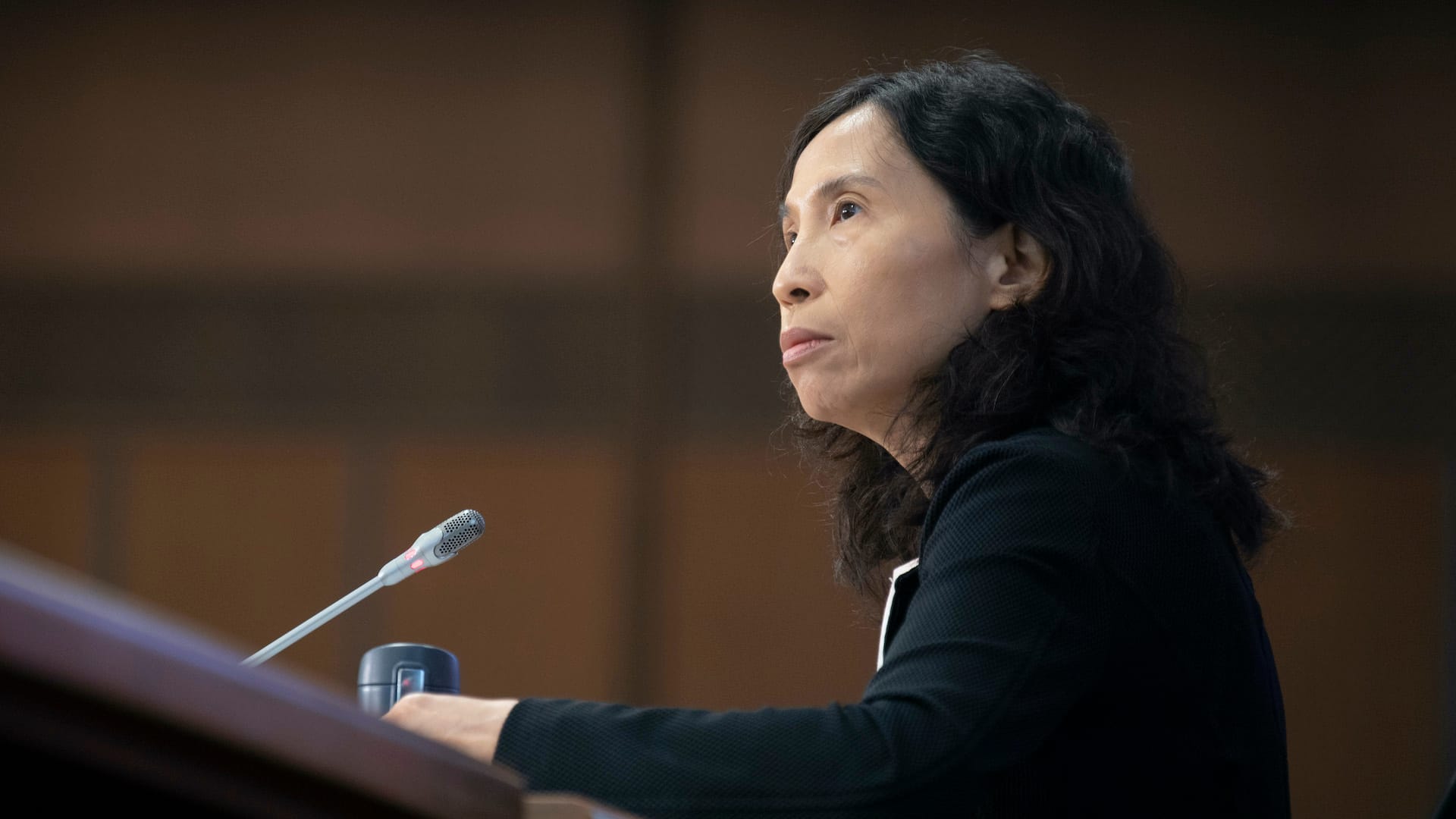 3 months agoVideo
1:06
Chief public health officer Dr. Theresa Tam says her team is striving for a best-case scenario but preparing for the worst: a so-called "fall peak" of COVID-19 cases across the country. 1:06

According to Johns Hopkins University in Maryland, the global total of confirmed coronavirus cases is now more than 21.6 million. More than 767,000 people have died, while 13.2 million have recovered.

In Asia-Pacific, a man in his 20s became the youngest person to die of the coronavirus in Australia, and New Zealand's government extended a lockdown of its largest city, Auckland, for 12 more days as it tries to stamp out its first domestic outbreak in more than three months.

New Zealand on Sunday local time reported 13 new confirmed cases of the coronavirus for the last 24 hours, as the country's first outbreak in months continues to grow.

All but one of the new cases were community transmissions and appeared to be linked to a cluster in Auckland where the most recent outbreak started, Director-General of Health Ashley Bloomfield told a media briefing in Wellington.

Meanwhile, India's death toll overtook Britain's to become the fourth-highest in the world, and South Korea reported 103 new cases, one of its biggest daily jumps in months.

In the Americas, the U.S. Food and Drug Administration on Saturday granted emergency use authorization to Yale School of Public Health's saliva test to detect COVID-19, after a trial on NBA players and staff.

Mexico's number of confirmed cases has risen to 511,369, as health officials say they believe the country's infections have peaked.

In Africa, the government and prime minister of Equatorial Guinea tendered their resignation on Friday to President Teodoro Obiang, who said they had not done enough to help the country at a time of crisis, authorities said in a statement.

South Africa is lifting its month-long ban on cigarette sales and will allow limited alcohol sales. The loosening of the lockdown on Monday will remove nearly all restrictions on economic activity, including the hospitality industry, and allow inter-provincial travel. But international travel restrictions are still in place, and gatherings of more than 50 people are still banned.