Coronavirus: What's happening around the world on Wednesday

U.S. President Donald Trump is repeating his call to reopen the nation's schools, and he again pressed Congress to steer future coronavirus funding away from schools that do not reopen this fall.

U.S. President Donald Trump is repeating his call to reopen the nation's schools, and he again pressed Congress to steer future coronavirus funding away from schools that do not reopen this fall.

Trump made the remarks Wednesday at a White House discussion with parents, teachers and doctors who said they support a full return to the classroom.

Also joining Trump were Education Secretary Betsy DeVos and Vice-President Mike Pence, who said the health risks tied to keeping children at home are greater than those associated with the coronavirus.

Most of the nation's largest school districts are planning to start the year with remote instruction as virus cases continue to rise.

As Congress negotiates a new round of virus relief, Trump has said school funding should go to parents if their local schools do not reopen for in-person instruction. He said Wednesday that he wants money to follow students, while Democrats want it to follow unions.

DeVos, a longtime proponent of school choice, added her support for Trump's proposal. She says families need "options that are going to work for their child and their child's education."

WATCH | Schools may have to adapt with information about COVID-19 and kids: 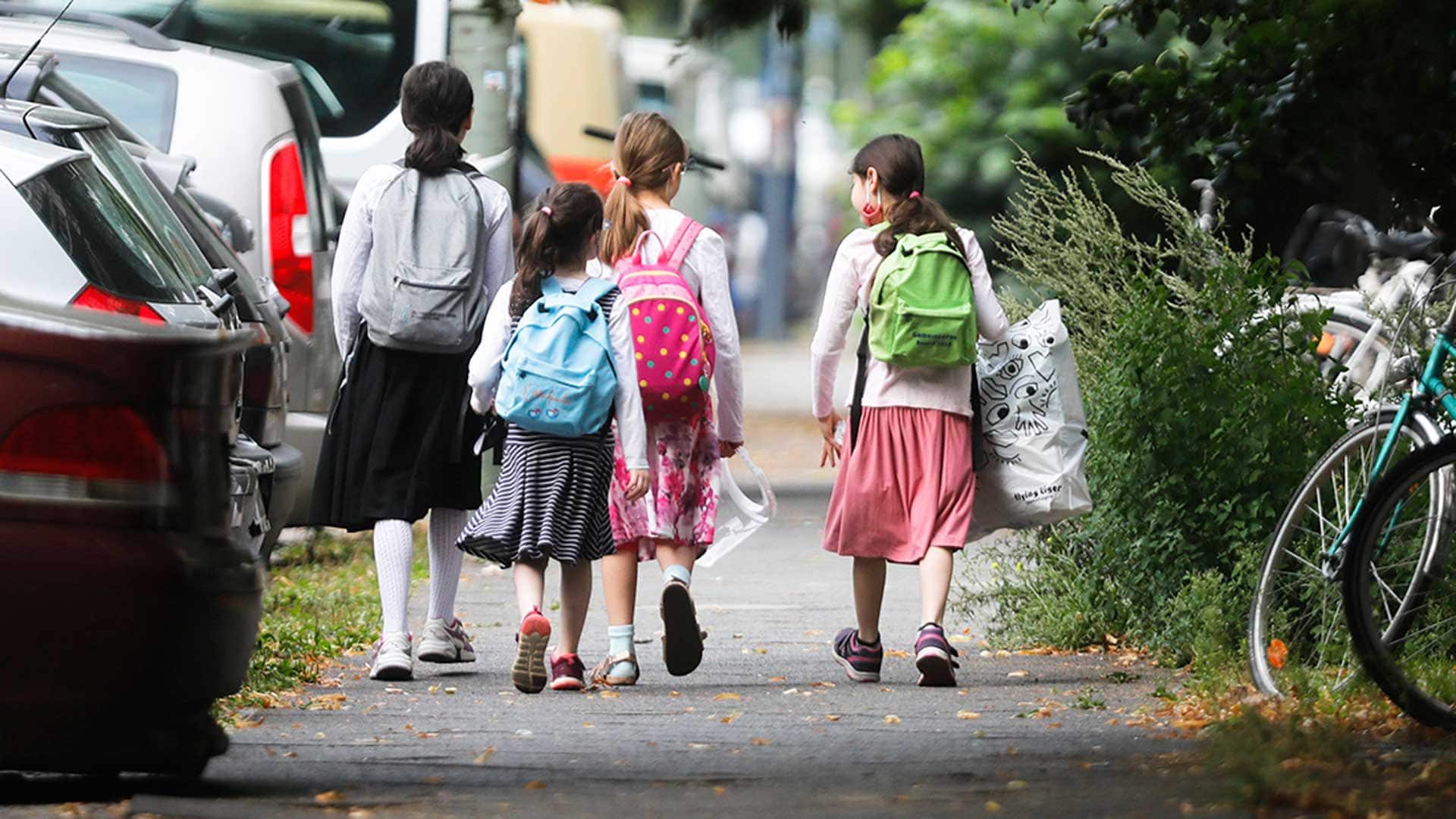 2 months ago
2:02
Schools in British Columbia have pushed back their start date to allow for better preparation for the COVID-19 pandemic, and experts say more adapting may be needed as information about how the virus affects kids is learned. 2:02

Across the country, states and cities were coping with the impact of the coronavirus on the new school year in different ways.

In Alabama, more than 1,200 students at two schools will begin the year at home after a person connected with both schools tested positive for COVID-19.

In New Jersey, Gov. Phil Murphy said on Wednesday he signed an executive order clearing both public and private schools, pre-K through 12th grade, and colleges and universities to reopen for in-person instruction in the upcoming academic year.

The governor said the decision on whether to implement in-person or remote learning, or a mixed approach, rested with the state's nearly 600 public school districts as well as charter, parochial and other institutions.

School districts that can't meet all the health and safety standards put in place by the New Jersey Department of Education required for in-person instruction will begin the school year with all-remote learning, Murphy said. 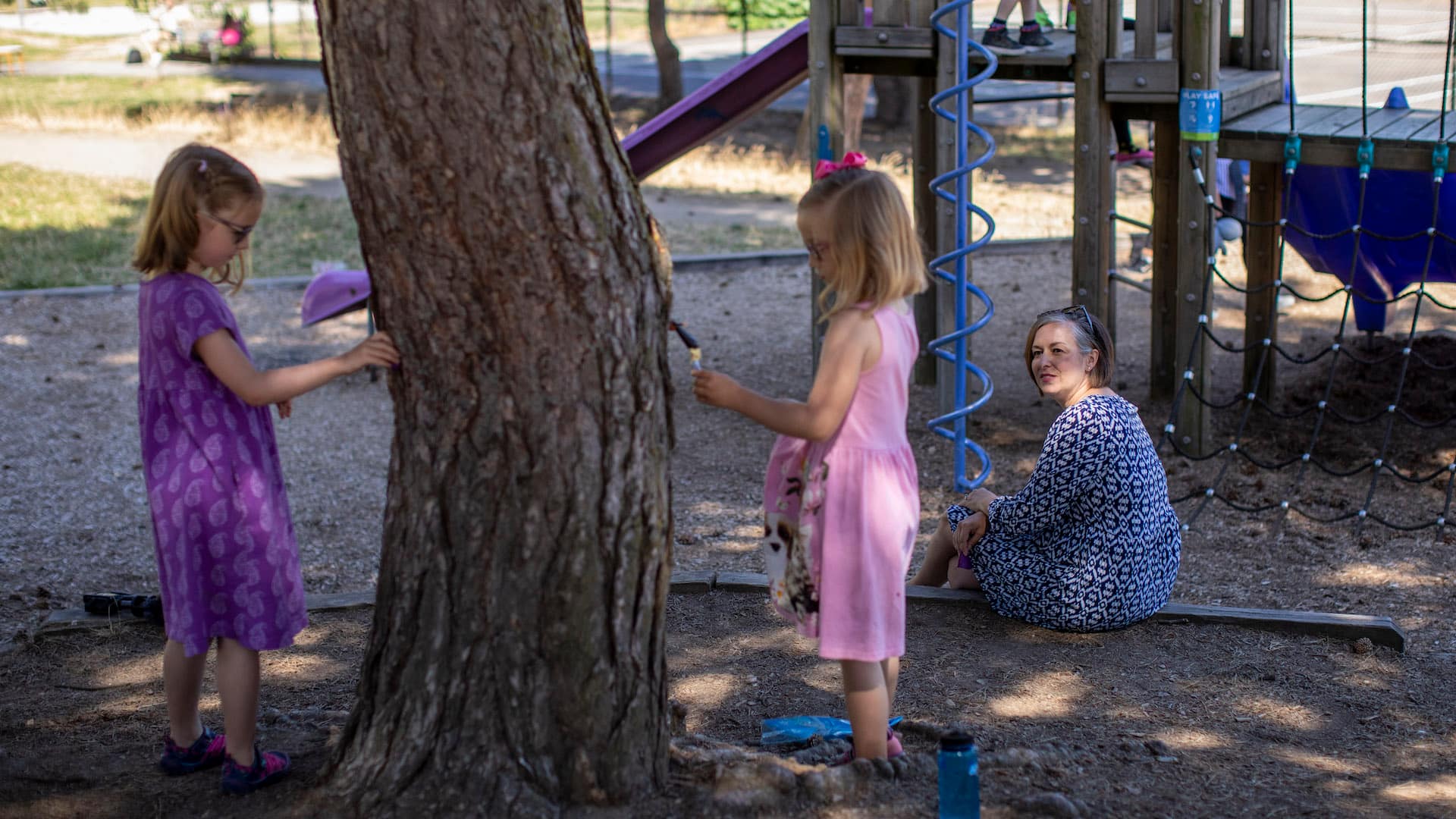 2 months ago
1:08
Teachers and staff need to be together in schools ahead of kids' arrival to figure out the logistics of operating safely, says Dr. Samir Gupta. 1:08

As of 9:15 p.m. ET on Wednesday, Canada had 120,844 confirmed and presumptive coronavirus cases. Provinces and territories listed 107,148 of those as recovered or resolved. A CBC News tally of deaths based on provincial reports, regional health information and CBC's reporting stood at 9,044.

B.C. has announced 85 new cases of COVID-19 in the province — the third-highest number of cases recorded in a single day in that province since the start of the pandemic.

There has been one additional COVID-19 death, bringing the total number of deaths in B.C. to 196. There are currently 531 active cases in the province — the highest since May 9.

A statement from the province said the majority of cases are linked to young people in the Lower Mainland, with exposure coming from "events in the community." It said a significant number of cases are also linked to travel from outside the province.

Ontario public servants may not be required to wear face masks in all instances when they return to work, according to documents obtained by CBC News from Premier Doug Ford's government.

In the "Guide to Planning for the Gradual Reopening of the Workplace," dated Aug. 7, the government said masks will not be mandatory unless employees are in indoor public spaces.

The guide notes that Ontario cities and regions have made masks mandatory in enclosed public spaces while most public health units have recommended that masks should be worn in public spaces.

"When access to ministry/working space is controlled (security cards, locks, etc.), then it is generally not considered public space," the guide says.

According to Johns Hopkins University, the global total of confirmed coronavirus cases is now more than 20.4 million. Over 745,000 people have died and 12.7 million have recovered.

Argentina and Mexico will produce the AstraZeneca COVID-19 vaccine for most of Latin America, Argentine President Alberto Fernandez said on Wednesday after a meeting with company executives involved in the project.

An agreement signed between British pharmaceutical company AstraZeneca and the biotechnology company mAbxience of the INSUD Group includes transfer of technology to initially produce 150 million doses of the vaccine to supply Latin America with the exception of Brazil, the Argentine government said.

Argentina, which has passed 5,000 coronavirus fatalities, posted a record daily number of COVID-19 infections on Wednesday with 7,663 new cases. There were more than 200 fatalities over the previous 24-hour period.

German Health Minister Jens Spahn on Wednesday said Russia's COVID-19 vaccine has not been sufficiently tested and that the aim is to have a safe product rather than just being first to start vaccinating people.

President Vladimir Putin announced on Tuesday that Russia had become the first country to grant regulatory approval to a COVID-19 vaccine after less than two months of human testing. 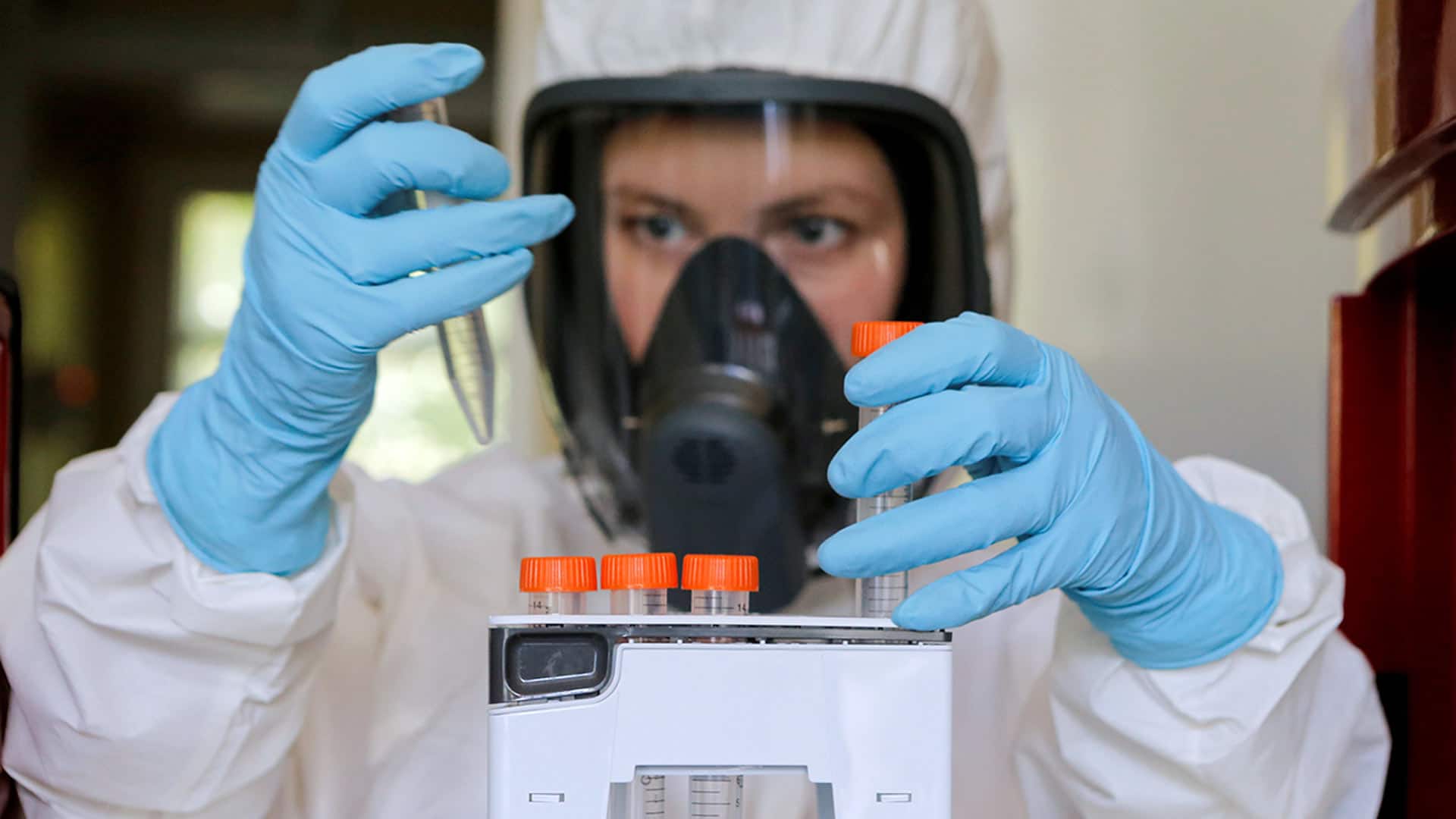 2 months ago
3:14
Russian President Vladimir Putin says a locally developed COVID-19 vaccine has been given regulatory approval after less than two months of testing on humans, but there are concerns safety could have been compromised for speed. 3:14

Moscow's decision to grant approval before final trials have been completed has raised concerns among some experts.

"It can be dangerous to start vaccinating millions, if not billions, of people too early because it could pretty much kill the acceptance of vaccination if it goes wrong, so I'm very skeptical about what's going on in Russia," Spahn told radio broadcaster Deutschlandfunk.

France's Health Ministry reported 2,524 new coronavirus infections over the past 24 hours, a new post-lockdown daily record, which took the country's cumulative total of cases to 206,696.

The seven-day moving average of new infections, which smoothes out daily data-reporting irregularities, increased to 1,810, the highest level since April 24, when the pandemic was still in full swing and France was under a strict lockdown.

The seven-day average, which set a high of 4,537 on April 1, has now been above 1,000 for two weeks, with the infection rate increasing as millions of French people travel during the holiday season and physical-distancing rules are not always respected in busy areas.

A government spokesperson said on Wednesday that France will gradually ramp up police checks to ensure people wear face masks where it is mandatory and respect physical distancing amid the new surge of COVID-19 infections.

Coronavirus cases in Spain jumped by nearly 1,700 on Wednesday, part of a surge that has prompted the construction of a military field hospital in the hard-hit Aragon region and led authorities in Galicia to practically ban smoking in public places.

Health Ministry data showed 1,690 new coronavirus cases were diagnosed in the 24 hours to Wednesday, up from the 1,418 reported on Tuesday and bringing the cumulative total to 329,784. The new daily number excluded Madrid, which did not provide fresh data due to technical difficulties.

Since lifting its strict lockdown about six weeks ago, Spain has struggled to keep a lid on new infections, with average daily cases rising from less than 150 in June to more than 1,500 in the first 12 days of August.

Turkey's schools will start to reopen on Sept. 21 in a gradual transition to in-person education, Education Minister Ziya Selcuk said on Wednesday, delaying the reopening after a rise in coronavirus cases.

In a news conference after a meeting of the country's science board to discuss measures to combat the spread of coronavirus, Selcuk said distance learning will begin on Aug. 31, when schools had previously been set to open.

The figures announced by the Korea Centers for Disease Control and Prevention (KCDC) on Wednesday brought the national caseload to 14,714 infections, including 305 deaths.

The KCDC said 35 of the new cases were local transmissions, all but three of them reported from the densely populated Seoul metropolitan area, which has been at the centre of a virus resurgence since late May.

Singapore on Wednesday reported 42 new COVID-19 cases, its lowest daily count in about four and a half months.

The city-state went into a lockdown in mid-April after mass outbreaks in cramped migrant worker dormitories pushed its caseload to one of the highest in Asia. 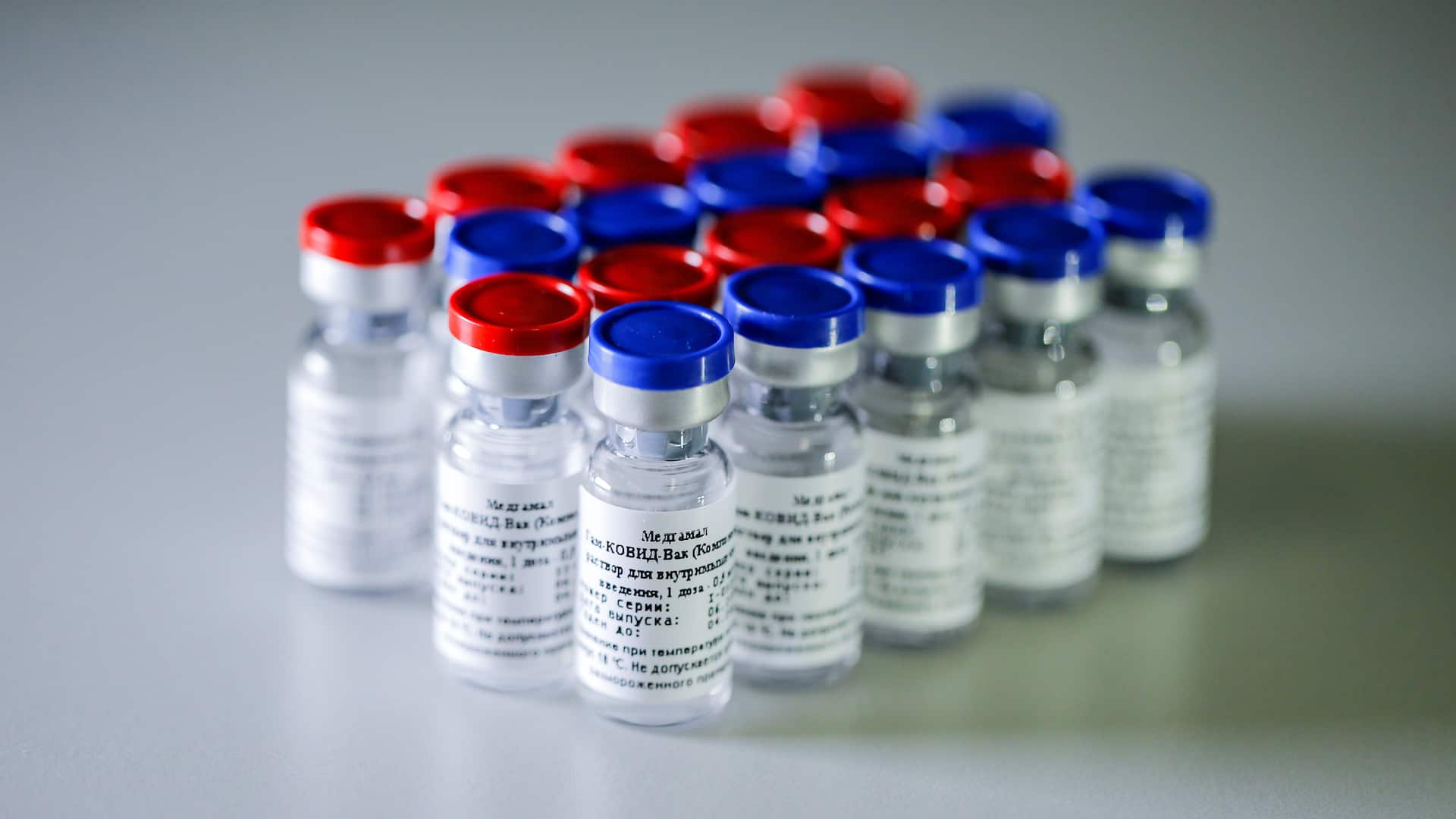 2 months ago
2:12
Not enough people may be willing to take a vaccine if they're worried about its safety and efficacy, says Dr. Samir Gupta. 2:12

Last week, it said it had cleared infections from all of the dormitories — housing about 300,000 workers — barring some blocks that continue to serve as isolation zones.

India's coronavirus caseload has topped 2.3 million after adding 60,963 in the last 24 hours.

The country also reported 834 deaths on Wednesday for a total of 46,091. India has the third-highest caseload after the United States and Brazil, but only the fifth-highest death toll, and authorities say the fatality rate has dropped below two per cent for the first time.

Prime Minister Narendra Modi held a video conference on Tuesday with the top elected officials of 10 states that together account for about 80 per cent of India's total cases, urging them to rigorously apply the strategies of containment, surveillance and contact tracing.

In Australia, the state of Victoria on Wednesday reported a record 21 virus deaths and 410 new cases from an outbreak in the city of Melbourne that has prompted authorities to impose a strict lockdown.

State Premier Daniel Andrews said 16 of the deaths were linked to aged-care facilities. The number of new cases in Victoria is down from the peak, giving authorities some hope the outbreak is waning.

Health authorities in New Zealand were scrambling to trace the source of a new outbreak as the nation's largest city went back into lockdown.

The four cases reported from one Auckland household are New Zealand's first locally transmitted cases in 102 days. The 22 others were in mandatory quarantine after returning from travel abroad.

Two of the infected people had visited the tourist city of Rotorua last weekend while suffering symptoms, and authorities were trying to track their movements.