As cases rise in Iran and South Korea, both Canada's chief public health officer and the World Health Organization emphasized on Friday that containing the spread of coronavirus is a global priority that extends far beyond China.

Latest case in Canada raises questions about how virus spreads

The window of opportunity to contain wider international spread of the coronavirus is closing, the World Health Organization (WHO) warned Friday, and countries must act fast if they're going to control it.

Asked whether the outbreak is at a "tipping point" — after new cases appeared in, or were traced to, Iran — WHO Director-General Tedros Adhanom Ghebreyesus said he still believed it could be stopped.

"Although the window of opportunity is narrowing to contain the outbreak, we still have a chance to contain it," he said,  adding that China's "serious measures" in Wuhan and Hubei province could help contain the coronavirus. However, he noted that the outbreak "could go any direction."

He encouraged countries around the world to keep working on containment while also stepping up measures to prepare for the possibility of more widespread transmission.

"What I'm saying is — it's in our hands now. If we do well within the narrowing window of opportunity ... we can avert any serious crisis," Tedros said.

"If we don't, if we squander the opportunity, then there will be a serious problem on our hands," he said.

Mainland China had 397 new confirmed cases of coronavirus infections on Friday, the country's National Health Commission said on Saturday, down from 889 cases a day earlier.

That brings the total accumulated number of confirmed cases in mainland China to 76,288.

The death toll from the outbreak in mainland China had reached 2,345 as of the end of Friday.

"Although the total number of cases outside China remains relatively small, we are concerned about the number of cases with no clear epidemiological link, such as travel history to China or contact with a confirmed case," Tedros said.

He said it was "very concerning" that Iran had reported 18 cases and four deaths in just the past two days, adding that the WHO was supplying testing kits to Tehran.

Tedros, asked whether sanctions imposed on Iran for its nuclear program might hamper delivery of medical aid, said: "Emergency situations are excluded."

Lebanon confirmed its first coronavirus case on Friday, and said it was monitoring two other potential cases after a 45-year-old woman arriving from the holy city of Qom in Iran on Thursday tested positive, Health Minister Hamad Hassan said.

"The concern is more about the fact that we've seen an increase in cases [in Iran], a very rapid increase in a matter of a few days," said Dr. Sylvie Briand, WHO's director of global infectious hazard preparedness.

"What is the extent of this outbreak and the transmission in Iran?" she said.

"Also because we have seen other cases picked up in Lebanon and Canada, so we are just wondering also about the potential of more exported cases in the coming days," she said.

Officials in British Columbia revealed Thursday that the province's latest case of coronavirus — the ninth case in Canada — is a woman who had recently travelled to Iran, but not China, raising questions about how the virus spreads.

"Iran was a bit of a signal to us," said Dr. Theresa Tam, Canada's chief public health officer, during a media conference call on Friday afternoon, noting that containing the spread of the virus is a global issue and not just about China.

Asked if the case, with no apparent link to China, would affect how travellers are screened when re-entering Canada, Tam said it was important to be "vigilant" about watching for coronavirus-like symptoms after travel and notifying health authorities in cases of possible exposure.

That's particularly important if Canadians have been somewhere there is "sustained transmission" in the community from person to person, she said.

But Tam also emphasized the importance of recognizing that there's a lot "we don't know" about where the coronavirus will spread, and highlighted the need to strengthen surveillance to try to pinpoint regions at risk early.

Echoing the WHO's comments earlier in the day, Tam said there is a "window of opportunity" now to make sure health systems are ready to deal with the coronavirus, while the number of cases in Canada is small.

The risk of infection remains low in Canada, Tam said.

The daily WHO briefing came after Chinese officials said the coronavirus outbreak there has not yet reached its peak.

"A turning point in the development of the national epidemic situation has not yet arrived," concluded the meeting, chaired by President Xi Jinping, according to state television.

"The epidemic prevention and control situation in Hubei province and Wuhan city remains severe and complex."

The ruling Communist Party and the government should not relax but "unceasingly consolidate achievements and extend combat successes," it said. China has portrayed its efforts to control the virus as a war of containment.

Hubei revised the number of new confirmed cases of coronavirus infections upward to 631 on Friday, after including cases in the province's prison systems.

All-out efforts should be made in Beijing's epidemic control work, it said. The number of cases of coronavirus in the capital has jumped sharply while many other parts of the country beyond Hubei are reporting fewer or no new infections.

Questions have emerged about how China tracks cases. Last week, China's National Health Commission said officials in Hubei would record new infections without waiting for laboratory test results, relying instead on doctors' diagnoses and lung imaging. But on Thursday it returned to its prior way of counting.

Asked about China's methodology Friday, Tedros said the best method is to identify suspected cases and then confirm through lab testing. "That's very clean," he said.

With clinically confirmed diagnoses, there's a chance an individual could be either negative or positive. China's decision to pivot back to lab-based numbers is a good decision, Tedros said, though he noted that WHO understands that the move to clinically diagnosed cases could have been linked to limited lab capacity.

"The most important thing is, based on your situation, to shift into doing the better approach."

South Korea reported 142 new cases of a viral outbreak, bringing its total to 346.

Of the 142, 131 are from the fourth-largest city of Daegu and nearby regions, most of them linked to a church and a hospital in Cheongdo county. The government designated the area as a "special care zone."

Daegu has emerged as the latest front in the widening global fight against COVID-19, with the city's 2.5 million residents urged to stay inside, wearing masks even indoors to stem further infection.

Two patients from the Cheongdo hospital have died after being infected with the virus.

WATCH: WHO concerned about cases with no clear link to China 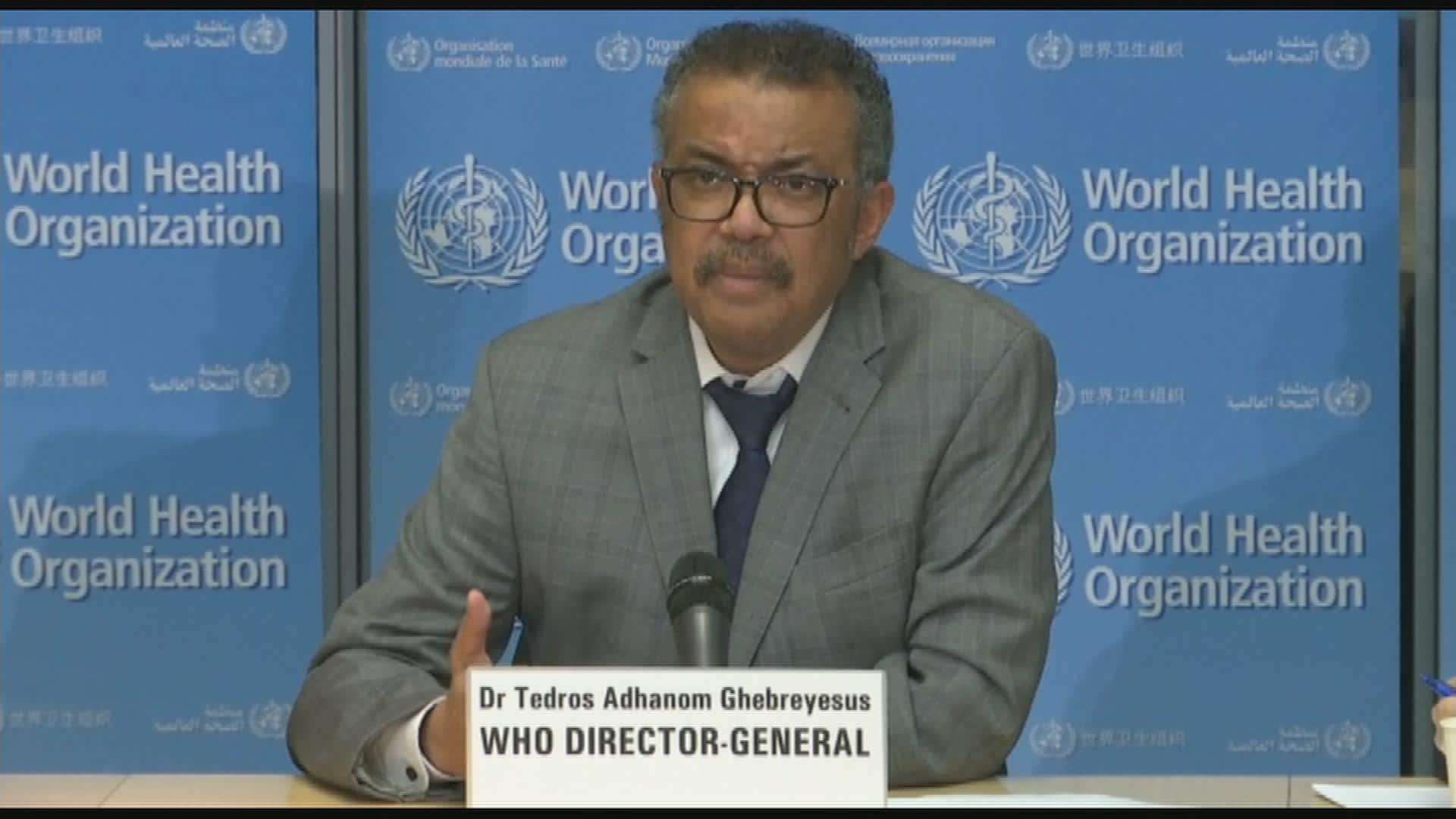 WHO concerned about coronavirus infections with no clear link to China

1 year ago
2:51
The WHO is increasingly concerned about COVID-19 outside China, especially in South Korea and Iran. 2:51

Prime Minister Chung Se-kyun said in a televised statement the central government will concentrate its support to the southeastern region to ease a shortage in sickbeds, medical personnel and equipment.

"A month into the outbreak, we have entered an emergency phase," Chung said. "Our efforts until now had been focused on blocking the illness from entering the country. But we will now shift the focus on preventing the illness from spreading further in local communities."

The spike forced officials to focus on steps to contain the domestic spread of the disease, not just its entry from abroad.

WATCH: Infectious disease experts are starting to identify patterns of the disease's spread 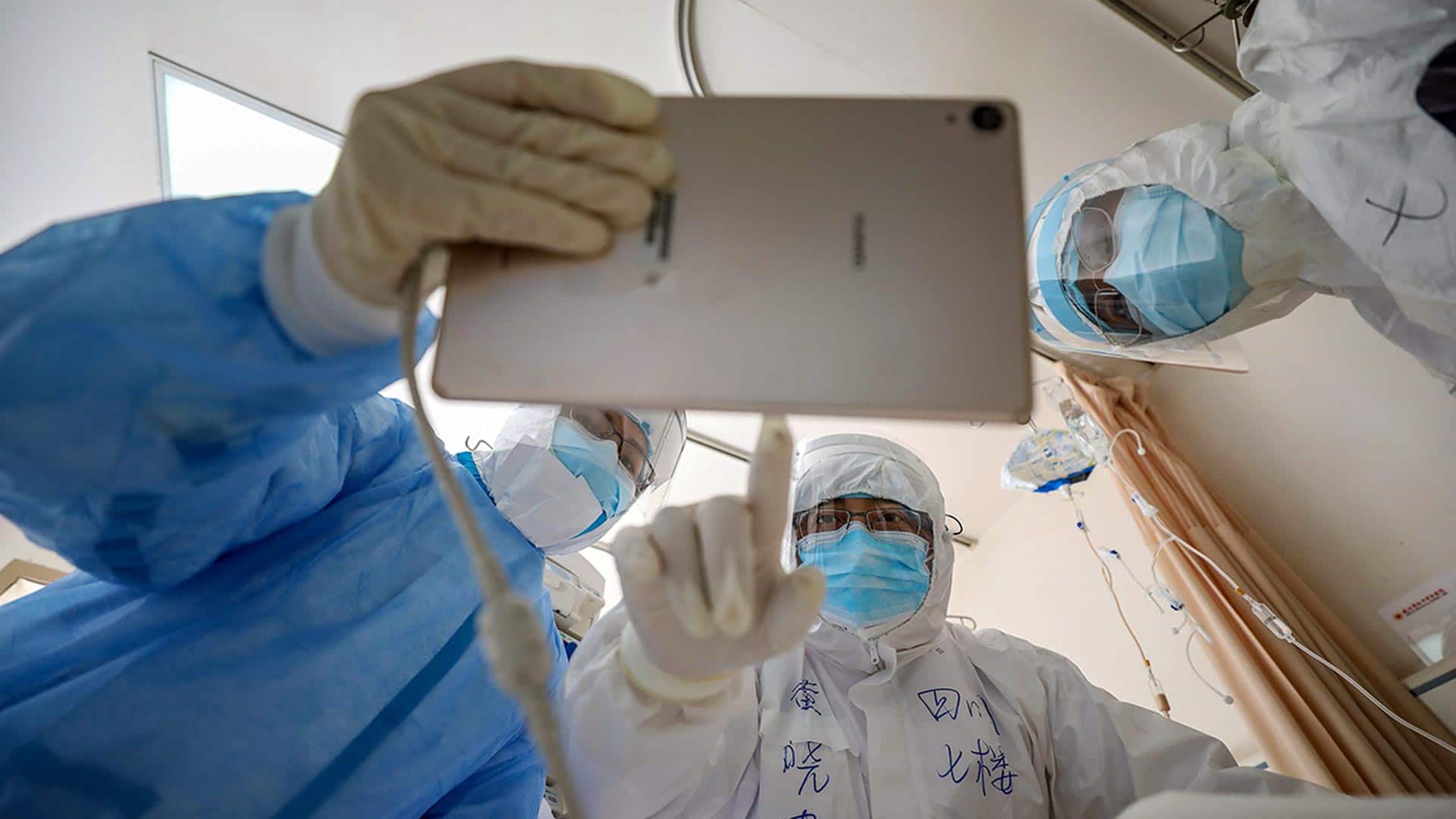 1 year ago
1:58
Infectious disease experts are starting to identify patterns of how the coronavirus is spread and which cases may be most severe as the number of new cases appears to decline. 1:58

With files from Nicole Ireland, CBC News and The Associated Press