Japanese health authorities say they have confirmed 88 more cases of COVID-19 on a quarantined cruise ship near Tokyo, bringing the total to 542 — including 43 Canadian cases. 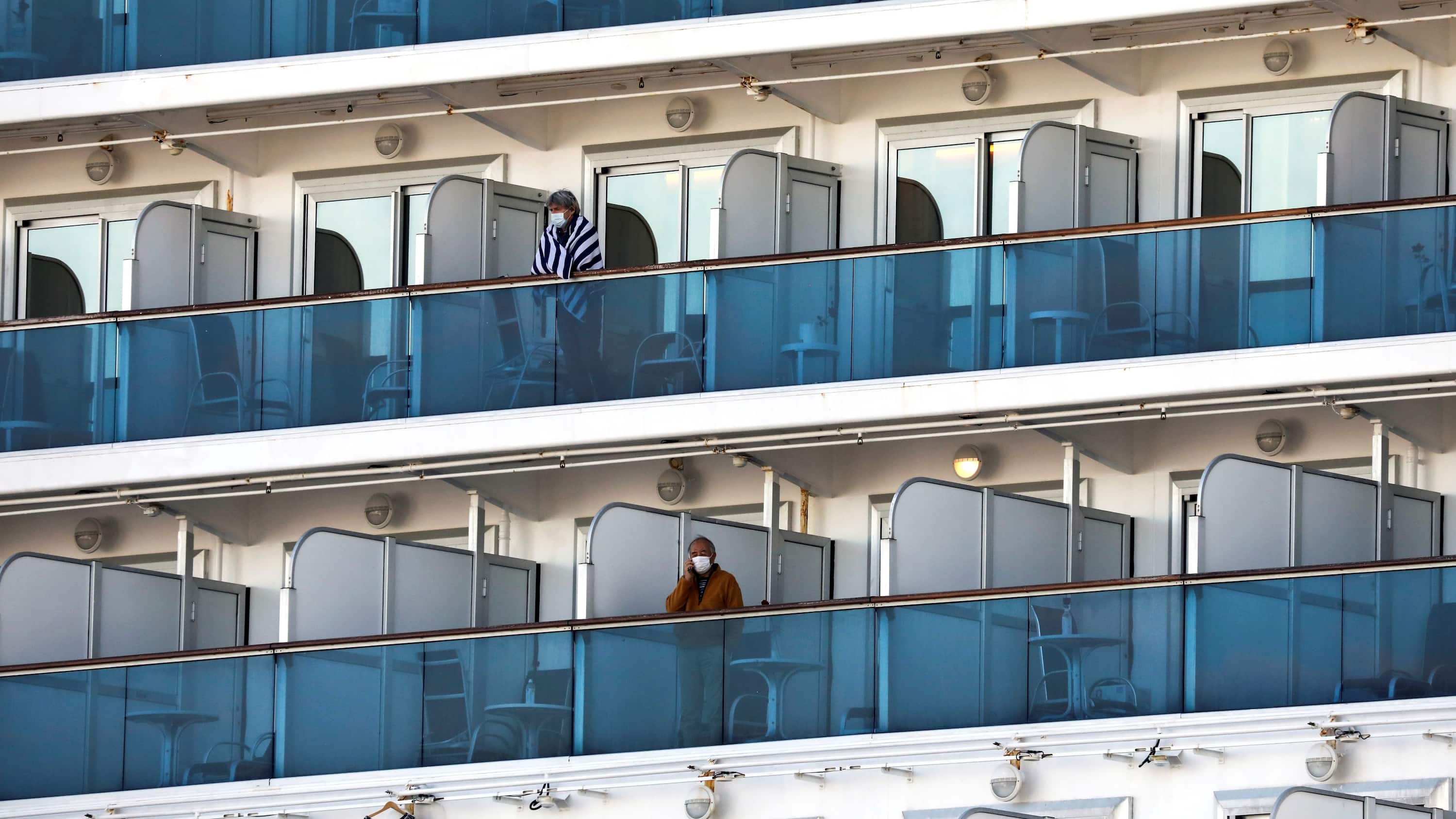 1 year ago
0:22
Diana Chow says it's stressful having to wait until Thursday for an evacuation flight to get away from the coronavirus outbreak.  0:22

Japanese health authorities said Tuesday they have confirmed 88 more cases of the new virus on a quarantined cruise ship near Tokyo. The new cases bring the total on the Diamond Princess to 542.

Global Affairs Canada has said there were 256 Canadians on board the ship. In a statement Tuesday, Global Affairs said that the number of Canadians who tested positive for COVID-19, the illness caused by the new coronavirus, had increased to 43.

Canadians and permanent residents who are healthy will be eligible to board a charter flight, which is now expected to leave Japan on Friday.

Update on <a href="https://twitter.com/hashtag/DiamondPrincess?src=hash&amp;ref_src=twsrc%5Etfw">#DiamondPrincess</a> evacuation:<br><br>The plane is back en route to Tokyo following some unforeseen technical issues in departing from Europe. It will land in Tokyo where passengers will be screened before boarding as planned. More information to follow as it becomes available.

As with previous charter flights bringing people to Canada from the outbreak's epicentre in Wuhan, China, the flight will arrive at CFB Trenton. From there, passengers will be taken to the NAV Canada Training Institute in Cornwall, Ont., for a 14-day quarantine.

Global Affairs said it would continue to provide support for Canadians who stay in Japan after the plane leaves. That now includes Greg Yerex, who tested positive for coronavirus and has to go to a Japanese hospital.

"Our plane is, like, a day away and I'm not going to be on it, and my wife is," Yerex told CBC's Saša Petricic. "I'm going to be alone and I'm scared."

Yerex's wife, Rose, will return to Canada once the plane arrives. She faces an additional two weeks in quarantine before returning to their Port Dover, Ont., home.

WATCH | Couple discusses coronavirus dilemma from aboard the Diamond Princess: 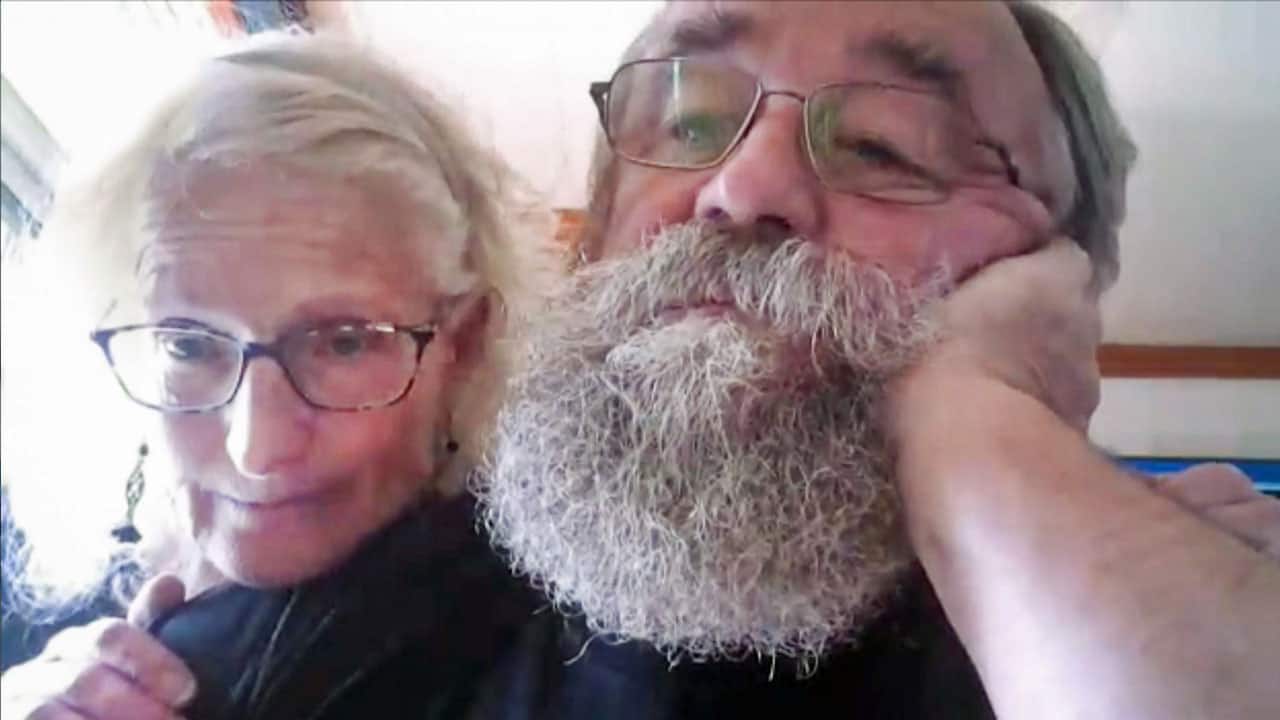 1 year ago
1:45
Greg Yerex is being forced into a Japanese hospital after testing positive aboard the Diamond Princess, while his wife Rose has decided to take the upcoming charter flight back home. 1:45

On Monday, more than 300 American passengers, including 14 who tested positive for coronavirus, landed back in the U.S. after they were flown out of Japan on charter flights. They were quarantined at military bases in California and Texas.

Mainland China had 1,749 new confirmed cases on Tuesday, the country's National Health Commission said on Wednesday, down from 1,886 cases a day earlier and the lowest since Jan. 29.

That brings the total number of confirmed cases to 74,185.

The death toll from the outbreak in mainland China reached 2,004 as of the end of Tuesday, up by 136 from the previous day.

Wuhan's health bureau announced Tuesday that Liu Zhiming, a hospital director, became infected and died despite "all-out" attempts to save him. He is at least the seventh health worker to die of the COVID-19 disease among the more than 1,700 doctors and nurses who have become sick.

Cruise ship 'a source of infection'

The Japanese government has repeatedly defended the effectiveness of the quarantine and bristled against criticism that the ship became a virus incubator instead of a quarantine facility.

In a possible sign of lax quarantine protocols, three Japanese health officials who helped in the quarantine checks on the ship were also infected.

"I suspect people were not as isolated from other people as we would have thought," said Dr. Paul Hunter, a professor of medicine at the University of East Anglia in England.

Japan's health minister, Katsunobu Kato, told reporters Tuesday that all passengers who remained on the cruise ship have had their samples taken and that those who tested negative would start getting off the vessel beginning Wednesday, when their required 14-day quarantine is scheduled to end.

"They all want to go home as early as possible, and we hope to assist them so that everyone can get home smoothly," Kato said.

The process is expected to take until Friday because of the large number of people involved. 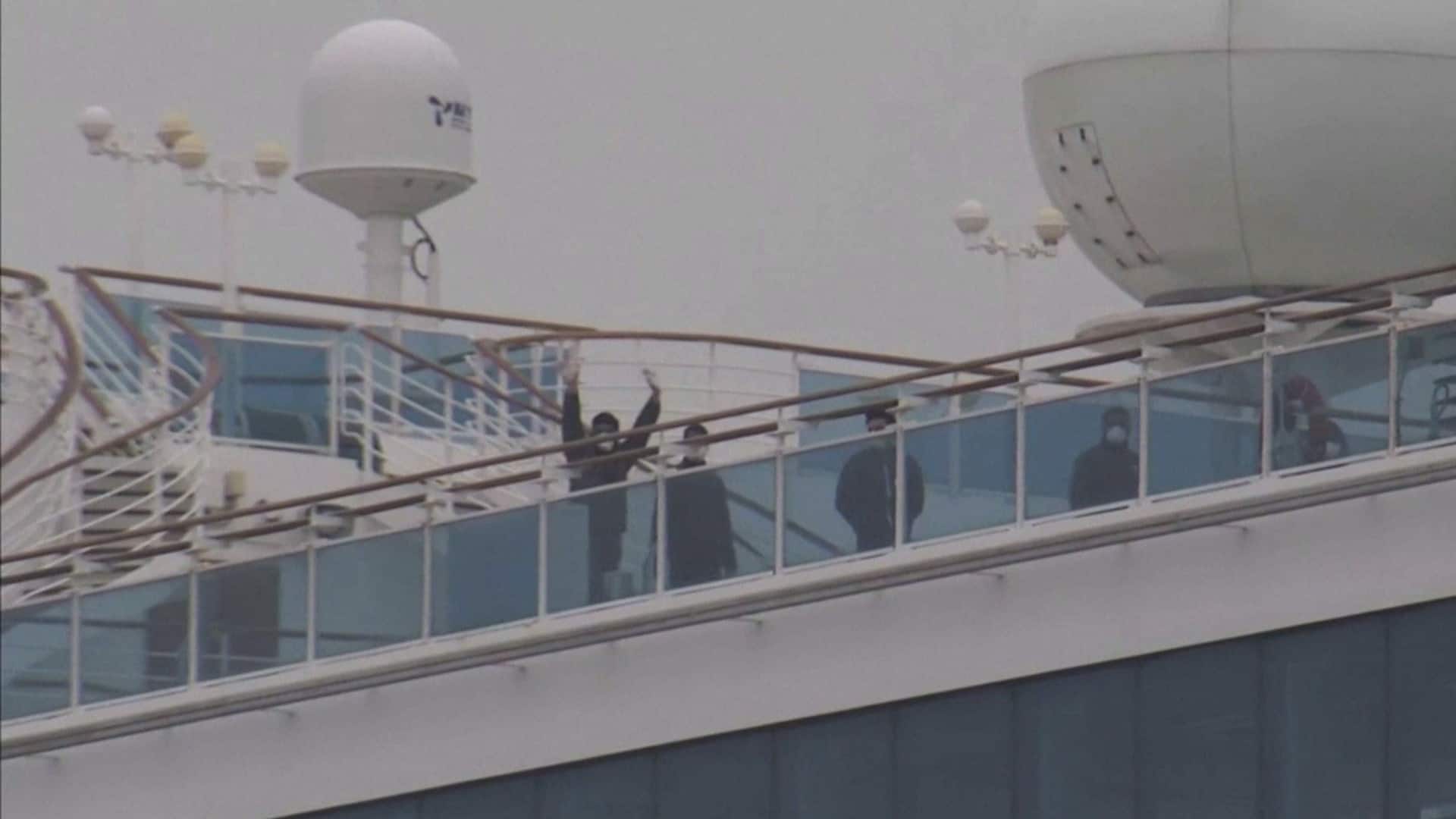 1 year ago
5:31
Japanese health authorities said Tuesday they have confirmed 88 more cases of the novel coronavirus on a quarantined cruise ship near Tokyo. Canadians aboard who have not tested positive for the virus are to be flown to Ontario this week.  5:31

"Obviously, the quarantine hasn't worked, and this ship has now become a source of infection," said Dr. Nathalie MacDermott, an outbreak expert at King's College London.

She said the exact mechanism of the virus's spread was unknown.

"We need to understand how the quarantine measures on board were implemented, what the air filtration on board is like, how the cabins are connected and how waste products are disposed of," MacDermott said.

"There could also be another mode of transmission we're not familiar with," she said, noting the possibility of environmental spread and the importance of "deep-cleaning" the entire ship to prevent people from touching contaminated surfaces.

An American woman who had been on the Westerdam cruise ship — which docked in Cambodia after being turned away at other ports — tested positive for the virus on the weekend after a special flight chartered by the cruise line reached Malaysia, prompting renewed scrutiny for the hundreds of passengers and crew still on board or ashore in Cambodia.

The ship's operator, Holland America Line, said in a statement Monday that Cambodian health officials were on the ship testing the 255 guests and 747 crew who were awaiting clearance, and that guests currently staying at a Phnom Penh hotel had all been tested.

"At this time, no other guests or crew on board or at the hotel have reported any symptoms of the illness. Guests who have already returned home will be contacted by their local health department and provided further information," it said.

The statement added that the virus patient had not reported any illness to the Westerdam's medical centre during the cruise. Twenty people who reported illness while on board have tested negative for the virus, it said.

The rest of the passengers and crew had health checks that included filling out a written health questionnaire and having their temperatures checked, which has become standard procedure for air and sea passengers considered at risk. 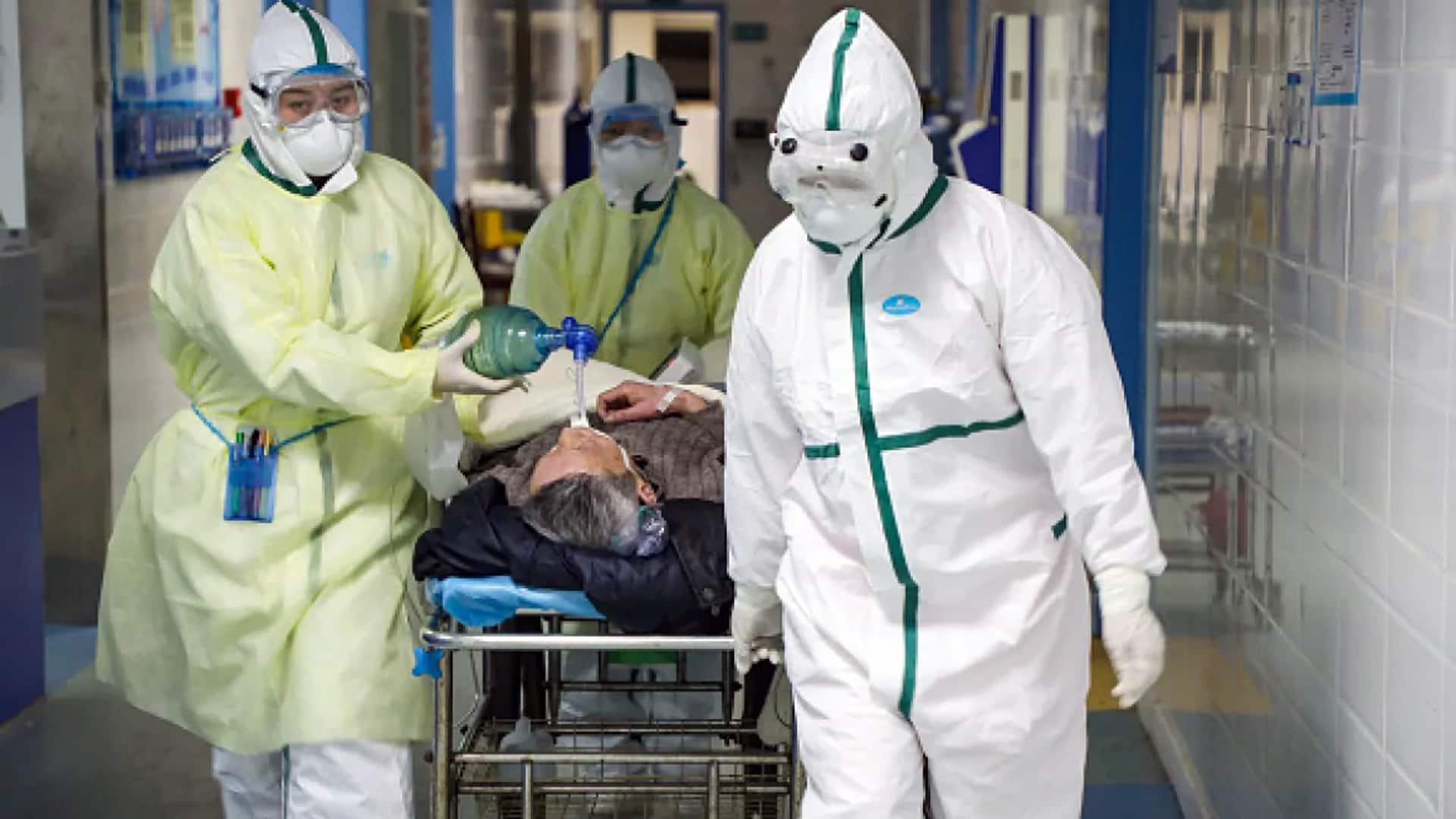 1 year ago
5:24
Speeding up research into drugs and vaccines for coronavirus is a priority for the World Health Organization's efforts to contain the outbreak centred in China. 5:24

On Sunday, two Canadians who were aboard the Westerdam returned home via Vancouver Airport. Stephen Hansen and his wife said over the weekend they were asked at the airport to wear masks, but weren't told to isolate themselves.

"We were asked a few questions and filled out an immigration form, and they very nicely helped us bypass the usual lineups and let us out the door," Hansen said. A spokesperson for the Public Health Agency of Canada said over the weekend that Westerdam passengers will undergo further screening. They'll also be asked to let public health authorities know where they will be so they can follow up.