Coronavirus: What's happening around the world on Thursday

While experts say infection tolls in richer nations can be significant undercounts, large numbers of undetected cases are a greater danger for Africa, with many of the world's weakest health systems.

The World Health Organization calls the milestone a "pivotal point" for Africa as infections in several countries are surging. The virus has spread beyond major cities "into distant hinterlands" where few health resources exist and reaching care could take days.

Immediately knowing they were at a disadvantage, African nations banded together early in the pandemic to pursue badly needed testing and medical supplies and advocate for equitable access to any successful vaccine. Swift border closures delayed the virus's spread.

But Africa's most developed country, South Africa, has strained to cope as hospital beds fill up and confirmed cases are over a half-million, ranking fifth in the world. The country has Africa's most extensive testing and data collection, and yet a South African Medical Research Council report last week showed many COVID-19 deaths were going uncounted. Other deaths were attributed to other diseases as people avoid health centres and resources are diverted to the pandemic.

It's all a warning for Africa's other 53 countries of what might lie ahead. While dire early predictions for the pandemic have not played out, "we think it's going to be here at a slow burn," the WHO's Africa chief, Matshidiso Moeti, said Thursday.

Just two African countries at the start of the pandemic were equipped to test for the virus. Now virtually all have basic capacity, but supplies are often scarce. Some countries have a single testing machine. Some conduct fewer than 500 tests per million people, while richer countries overseas conduct hundreds of thousands. Samples can take days to reach labs. Even in South Africa, turnaround times for many test results have been a week or longer.

WATCH | What happens after a coronavirus vaccine is available? 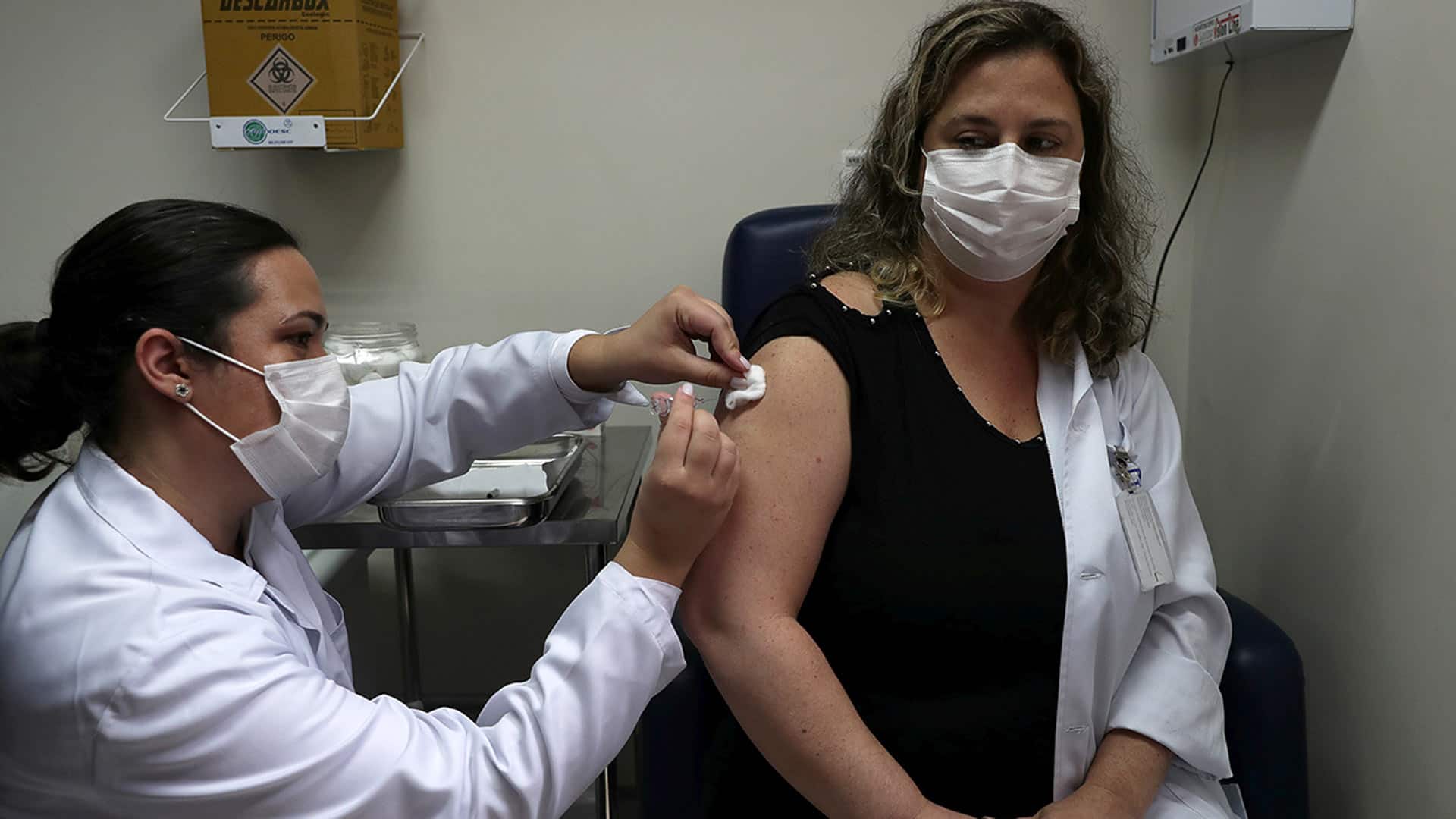 What happens after a COVID-19 vaccine is available?

2 months ago
4:54
An epidemiologist and infectious disease specialist answer questions about a COVID-19 vaccine, including what happens after a vaccine is approved and available in Canada. 4:54

"We are fighting this disease in the dark," International Rescue Committee expert Stacey Mearns said. In addition, Africa has just 1,500 epidemiologists, a deficit of about 4,500.

African nations overall have conducted just 8.8 million tests since the pandemic began, well below the Africa Centers for Disease Control and Prevention's goal of 13 million per month. Countries would love to increase testing if only supplies weren't being snapped up by richer ones elsewhere.

Africa CDC director John Nkengasong said estimating the true number of cases on the continent is "very tricky." Some 70 per cent of infections are asymptomatic, he has said. Africa's young population also might be a factor. Without a dramatic increase in testing, "there's much we don't know."

As of 9:30 p.m. ET on Thursday, Canada had 118,561 confirmed and presumptive coronavirus cases. Provinces and territories listed 103,104 of those as recovered or resolved. A CBC News tally of deaths based on provincial reports, regional health information and CBC's reporting stood at 9,004.

In Manitoba, 30 newly confirmed cases of COVID-19 were reported on Thursday — the second-highest single-day jump since the start of the pandemic — including 18 connected to a cluster in Brandon.

The new cases were announced as more workers at a Brandon pork-processing facility tested positive for the novel coronavirus, prompting the union representing workers at the plant to call for it to shut down. 2 months ago
0:42
Dr. Brent Roussin says stigmatizing people with COVID-19 doesn't help in the fight against the virus. 0:42

In British Columbia, Provincial Health Officer Dr. Bonnie Henry announced 47 new COVID-19 cases in the past 24 hours to bring the total number of cases in the province to 3,881.

Ontario recorded 95 new COVID-19 cases on Thursday, bringing the province to its fourth consecutive day of having less than 100 cases.

Almost all of Ontario is now in Stage 3 of the province's COVID-19 economic reopening plan, with the exception of Windsor-Essex, which had seen high case numbers largely due to community spread within the farming industry.

On Thursday that region reported only five new COVID-19 cases, making it the second consecutive day of low numbers.

According to Johns Hopkins University, the global total of confirmed coronavirus cases was more than 18.9 million as of 9:30 p.m. ET on Thursday. More than 712,000 people have died, while 11.4 million have recovered. The U.S. and Brazil lead in terms of case numbers by country, and have a combined total of more than 7.7 million.

Mexico has jumped above 50,000 dead from the coronavirus with the latest daily report of 819 newly confirmed deaths.

The report from the Health Department on Thursday brought the country's accumulated death toll to 50,517, the third-highest in the world. The department also reported 6,590 new confirmed coronavirus cases, putting the accumulated total at 462,690.

Authorities concede the death and case numbers are significant undercounts, in part due to Mexico's extremely low level of testing. Mexico has performed only about 1,050,000 tests to date, far less than one for every 100 residents.

The United States on Thursday lifted a global health advisory imposed in March that advised U.S. citizens to avoid all international travel because of the coronavirus pandemic, the State Department said.

"With health and safety conditions improving in some countries and potentially deteriorating in others, the department is returning to our previous system of country-specific levels of travel advice," it said in a statement.

Meanwhile, White House health experts are warning of a slow rise in the percentage of people testing positive for the coronavirus in cities such as Boston, Chicago, Detroit and Washington and urging local leaders to remain vigilant to avoid a surge.

"This is a predictor of trouble ahead," Dr. Anthony Fauci, director of the National Institute of Allergy and Infectious Diseases, told CNN on Thursday.

The U.S. death toll is now more than 159,000, with 4.8 million known cases, according to John Hopkins University. On average, 1,000 people are dying each day across the country from COVID-19.

Ohio Gov. Mike DeWine on Thursday became the latest senior elected U.S. official to test positive. He said he was tested as part of a safety protocol to greet U.S. President Donald Trump as he arrives in Cleveland to visit a factory.

Brazil reported 53,139 new cases of the coronavirus and 1,237 deaths from the disease caused by the virus in the past 24 hours, the health ministry said on Thursday.

Brazil has registered 2,912,212 confirmed cases of the virus since the pandemic began, while the official death toll from COVID-19 has risen to 98,493, according to ministry data.

Greek authorities have imposed a 10-day crackdown on public gatherings on the resort island of Poros, and have curtailed opening hours at the island's restaurants, bars and clubs among a nationwide spike in COVID-19 infections.

France's new infections rose by more than 1,600 over 24 hours for the second day running on Thursday, putting the country at levels not seen since late May.

The British government says it won't be using 50 million face masks it bought during a scramble to secure protective equipment for medics because of concerns they might not be safe.

The admission sparked calls from the political opposition for an urgent inquiry into the way contracts for essential supplies were handed out.

The masks were part of a £252-million ($440-million Cdn) contract the government signed with investment firm Ayanda Capital in April. Papers filed in a court case reveal that the masks won't be distributed because they have ear loops rather than head loops and may not fit tightly enough. 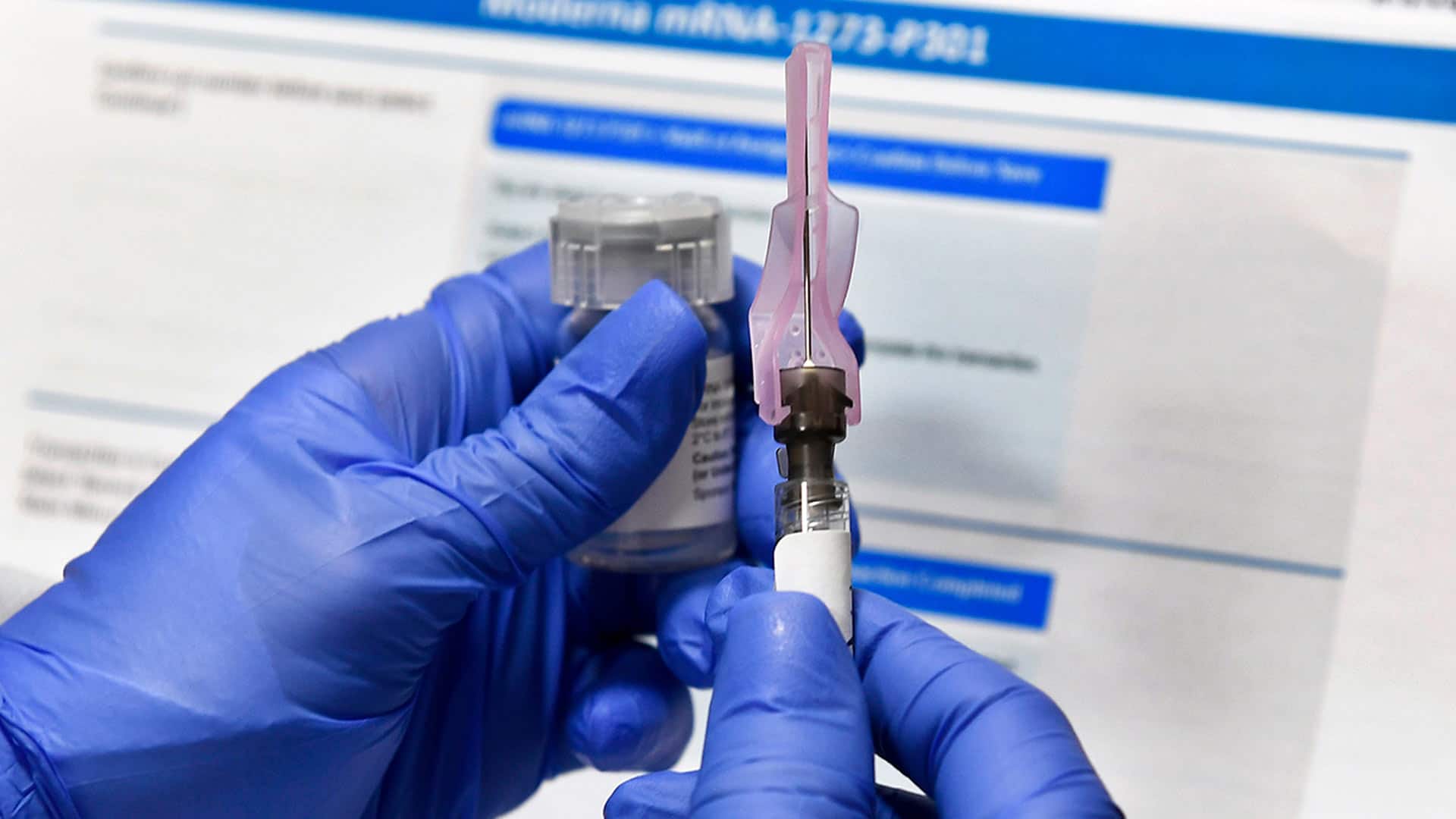 2 months ago
1:44
The federal government has signed deals with two major companies, Pfizer and Moderna, to secure doses of promising COVID-19 vaccine candidates, but is also keeping the door open to other potential providers. The government has not revealed how much it spent or how many doses have been ordered. 1:44

Thailand has delayed plans for a "travel bubble" agreement with select countries as new daily coronavirus cases rise in parts of Asia, putting pressure on its vital tourism industry and complicating efforts to revive its battered economy.

The country first proposed the idea in June to allow movement between select countries that have low infection numbers, without the need for travellers to undergo quarantine.

But that has been shelved, officials said, amid second and third waves in East Asian countries that previously had their outbreaks under control.

A health official says Vietnam's COVID-19 outbreak could peak in the coming 10 days as the country reported another death and scores of new infections.

Deputy Health Minister Nguyen Truong Son, who is in hot spot Da Nang to oversee the fight against the virus, says new infections have been found every day and "therefore, we have to continue keeping [our] guard up."

The governor of Japan's Aichi Prefecture has announced a regional "state of emergency" seeking to curb the coronavirus.

The governor says confirmed coronavirus cases have been rising in Aichi since mid-July at 100 or more a day. Before that, daily cases had been zero for extended periods.

India has recorded its biggest single day for fatalities with 904 in the past 24 hours as fresh coronavirus infections surged by another 56,282 cases to reach nearly two million.

The Health Ministry says the total fatalities reached 40,699. India has recorded 20,000 deaths in the past 30 days.

The ministry also said the recovery rate has improved to 67 per cent from 63 per cent over the last 14 days. Nearly 600,000 patients are still undergoing treatment.