Coronavirus: What's happening around the world on Aug. 5

U.S. testing for the coronavirus is dropping even as infections remain high and the death toll rises by more than 1,000 a day, a worrisome trend that officials attribute largely to Americans getting discouraged over long wait times.

Virus testing in U.S. dropping even as deaths mount

U.S. testing for the coronavirus is dropping even as infections remain high and the death toll rises by more than 1,000 a day, a worrisome trend that officials attribute largely to Americans getting discouraged over having to wait hours to get a test and days or weeks to find out the results.

An Associated Press analysis found that the number of tests per day slid 3.6 per cent over the past two weeks to 750,000, with the count falling in 22 states. That includes places like Alabama, Mississippi, Missouri and Iowa where the percentage of positive tests is high and continuing to climb, an indicator that the virus is still spreading uncontrolled.

Amid the crisis, some health officials are calling for the introduction of a different type of test that would yield results in a matter of minutes and would be cheap and simple enough for millions of Americans to test themselves — but would also be less accurate.

"There's a sense of desperation that we need to do something else," said Dr. Ashish Jha, director of Harvard's Global Health Institute.

Widespread testing is considered essential to containing the outbreak as the United States approaches a mammoth five million confirmed infections and more than 157,000 deaths out of over 704,000 worldwide.

Testing demand is expected to surge again this fall, when schools reopen and flu season hits, most likely outstripping supplies and leading to new delays and bottlenecks.

Some of the decline in testing over the past few weeks was expected after backlogged commercial labs urged doctors to concentrate on their highest-risk patients. But some health and government officials are seeing growing public frustration and waning demand.

In Iowa, state officials are reporting less interest in testing, despite ample supplies. The state's daily testing rate peaked in mid-July but has declined 40 per cent in the last two weeks.

The number of confirmed infections in the U.S. has topped 4.8 million, with new cases running at nearly 60,000 a day on average, down from more than 70,000 in the second half of July. 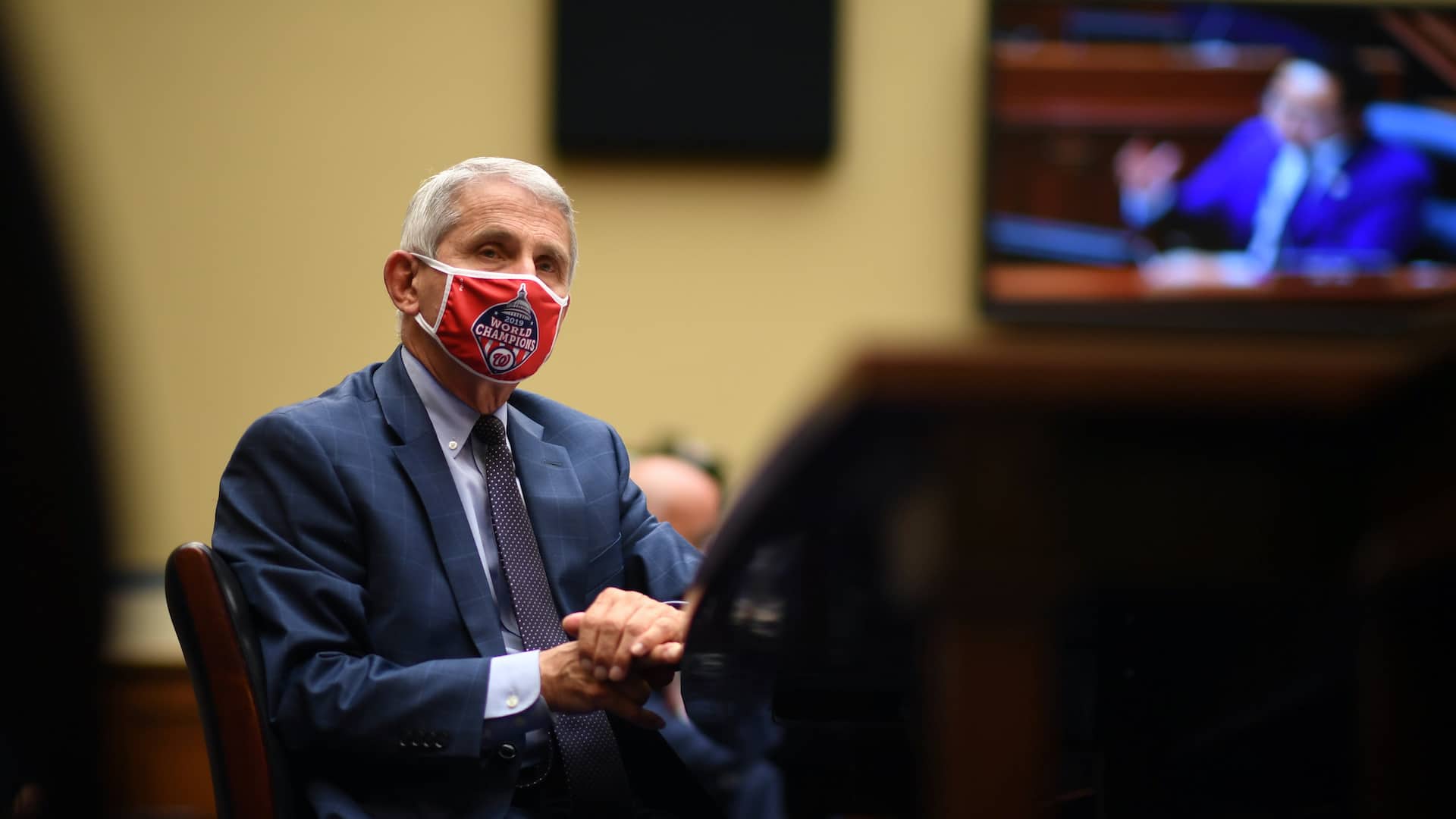 3 months ago
1:32
In an exchange with Rep. Jamie Raskin at a congressional hearing, infectious disease expert Dr. Anthony Fauci said U.S. states have not followed a unified approach to bringing COVID-19 under control. 1:32

Chicago's mayor on Wednesday announced that the nation's third-largest school district will not welcome students back to the classroom after all and will instead rely only on remote instruction to start the school year.

The city's decision to abandon its plan to have students attend in-person classes for two days a week once the fall semester starts Sept. 8 came amid strong pushback from the powerful union representing Chicago teachers.

When Chicago officials announced their hybrid-learning plan last month, they said it was subject to change depending on families' feedback and data tracking the spread of the coronavirus. On Wednesday, Mayor Lori Lightfoot attributed the change in plans to a recent uptick in confirmed cases of COVID-19 in the city.

The measure underscores the determination in what was once the pandemic's epicentre to prevent a resurgence of cases being seen elsewhere. While cases are down five per cent nationally, they soared last week in Oklahoma, Montana, Missouri and 17 other states.

"Travellers coming in from those states will be given information about the quarantine and will be reminded that it is required, not optional," de Blasio told a news briefing. He added that under certain circumstances, fines for not observing the quarantine order could be as high as $10,000 US.

Also on Wednesday, the first cruise in an already decimated southeast Alaska cruise season came to an early end when a small ship carrying 36 passengers had to return to Juneau because one of the guests had tested positive for COVID-19.

As of 9:15 p.m. ET on Wednesday, Canada had 118,187 confirmed and presumptive coronavirus cases. Provinces and territories listed 102,788 of those as recovered or resolved. A CBC News tally of deaths based on provincial reports, regional health information and CBC's reporting stood at 9,001.

A study of recent blood donors suggests three times as many Quebecers could have been infected with the coronavirus than is reflected in the official numbers.

The study, conducted by Héma-Québec in collaboration with the Institut national de santé publique, confirmed that 2.23 per cent of 7,691 people who donated blood between May 25 and July 9 had contracted COVID-19.

Based on the sample data, the study extrapolates that 124,880 Quebecers aged 18 to 69 had been infected between the start of the pandemic and early July. In the same time period, the study said that Quebec's Health Ministry had recorded fewer than 40,000 Quebecers ages 20 to 69 as confirmed cases.

Meanwhile, the Quebec Tourism Ministry has announced that festivals are no longer banned across the province now that the provincial government is giving the green light to gatherings of 250 people.

Tourism Minister Caroline Proulx said that organizers can go ahead with indoor and outdoor festivals and events, as long as public health guidelines are followed.

3 months ago
2:08
Canada's chief public health officer Dr. Theresa Tam responds to reporter questions about the search for a vaccine for COVID-19. 2:08

Health Canada is recalling more than 50 hand sanitizers containing ingredients "not acceptable for use" that may pose health risks. The agency says possible reactions to the ingredients include skin irritation, eye irritation, upper respiratory system irritation and headaches.

According to Johns Hopkins University, the global total of confirmed coronavirus cases was more than 18.7 million as of 9:15 p.m. ET on Wednesday. More than 704,000 people have died, while 11.2 million have recovered. The U.S. and Brazil lead case numbers, with a combined total of more than 7.6 million.

The case was filed by the Indigenous organization APIB and six opposition political parties after Bolsonaro vetoed parts of a bill that Congress approved to safeguard Indigenous groups from the pandemic.

A spokesperson for the political party of former Colombian president Alvaro Uribe says the ex-leader has tested positive for the coronavirus.

A representative of the Democratic Center party on Wednesday confirmed via WhatsApp that Uribe, who is under house arrest, had tested positive. The representative communicated with The Associated Press on condition of anonymity because of the sensitivity of the matter.

A Colombian court on Tuesday ordered Uribe to be placed under house arrest while he is investigated in an alleged witness tampering case. A medical team visited Uribe for 20 minutes on Wednesday.

Turkey's Interior Ministry announced new measures to curb the spread of the coronavirus after daily confirmed cases peaked back above 1,000.

The Interior Ministry says its units will conduct "one-on-one monitoring" for people who have been required to self-quarantine, especially in the first seven days of isolation. Interior Minister Suleyman Soylu tweeted a widespread inspection will take place across Turkey on Thursday.

Australia's hot spot Victoria state announced a new record 725 COVID-19 cases and 15 deaths on Wednesday, while businesses in Melbourne city prepared to draw down their shutters as new pandemic restrictions were enforced.

The new 24-hour record was marginally higher than 723 cases and 13 deaths reported on Thursday last week.

From late Wednesday, many non-essential businesses including most retailers, hairdressers and gyms in Australia's second-largest city will be closed for six weeks.

People employed in essential jobs will have to carry passes under Australia's toughest-ever lockdown restrictions.

India has reported more than 50,000 new coronavirus cases for an eighth straight day, taking the country's number of confirmed cases since the pandemic began past 1.9 million.

The Health Ministry on Wednesday reported a spike of 52,509 new cases and 857 new deaths in the past 24 hours. It said India's recovery rate among COVID-19 patients has reached 66.31 per cent, and a record 661,892 samples were tested in the last 24 hours, taking the cumulative testing to more than two million.

China reported 27 new virus cases on the mainland Wednesday. Of those, 22 were in the northwestern region of Xinjiang, whose capital Urumqi has been the centre of China's latest outbreak.

Measures to contain the spread, including locking down some communities and limiting public transport, appear to have been effective and reported case numbers have gradually fallen. The remaining five cases were brought from overseas by Chinese travellers, the National Health Administration said.

China has reported 4,634 deaths among 84,491 cases since the virus was first detected in the central city of Wuhan late last year. A total of 810 people are being treated in hospital for the disease.

WATCH | How scientists aim to make a safe coronavirus vaccine in record time: 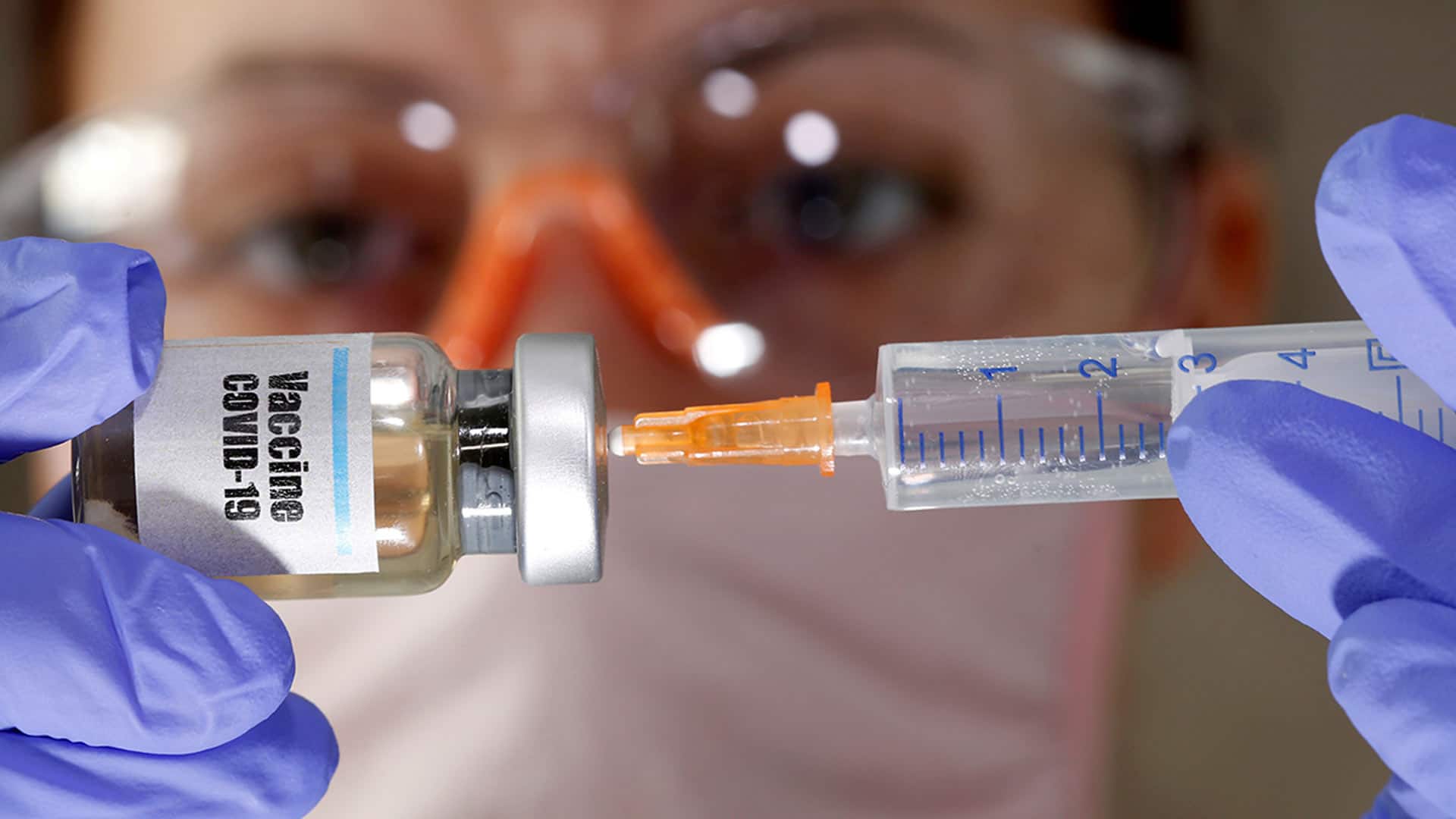 3 months ago
2:17
Some potential COVID-19 vaccines are already in the third stage of clinical trials. It’s taken a lot of effort and money to squeeze a process that can normally take five years into about 10 months and still be done safely. 2:17

Russia reported 5,204 new cases of the coronavirus on Wednesday, bringing its nationwide tally to 866,627, the fourth-largest caseload in the world.

Scotland imposed new restrictions on the oil city of Aberdeen on Wednesday to tackle an outbreak, closing pubs and restaurants and ordering visitors to stay away.

First Minister Nicola Sturgeon said an outbreak in the city had now accounted for a total of 54 known cases in recent days and that in the last 24 hours, there had been 64 new cases across the whole of Scotland.

"This virus hasn't gone away — if you doubted that, then today we have evidence of how true that is," she said.

South Africa's health minister on Wednesday reported decreasing rates of new confirmed cases of the coronavirus but warned that vigilance must continue "to prevent a renewed surge."

The country has 521,318 confirmed coronavirus cases, the fifth-highest in the world and more than half of all reported cases in Africa, according to the Africa Centres for Disease Control and Prevention. It has recorded 8,884 COVID-19 deaths, although studies of excess mortality rates indicate the actual toll could be higher.

The rapid spread of infections in poor, overcrowded urban centres in Cape Town, Johannesburg and other cities threatened to overwhelm public hospitals, but Health Minister Zwelini Mkhize told reporters that so far the health system has been able to cope.