Marathon international climate talks ended Sunday with negotiators postponing until next year a key decision on how to regulate global carbon markets.

After 2 weeks, countries were left struggling to adopt declaration for bold action

Marathon international climate talks ended Sunday with negotiators postponing until next year a key decision on how to regulate global carbon markets.

After two weeks of negotiations in Madrid on tackling global warming, delegates from almost 200 nations passed declarations calling for greater ambition in cutting planet-heating greenhouse gases and in helping poor countries that are suffering the effects of climate change.

But despite holding the longest climate talks ever in 25 nearly annual editions they left one of the thorniest issues for the next summit in Glasgow, in a year's time.

Carbon markets put a price on emission of carbon dioxide, the main greenhouse gas, and allow countries or companies to trade emissions permits that can be steadily reduced — encouraging the uptake of low-emission technologies.

I am disappointed with the results of <a href="https://twitter.com/hashtag/COP25?src=hash&amp;ref_src=twsrc%5Etfw">#COP25</a>.<br><br>The international community lost an important opportunity to show increased ambition on mitigation, adaptation &amp; finance to tackle the climate crisis.<br><br>But we must not give up, and I will not give up.

Countries from Europe and elsewhere had said that no deal on how to govern the exchange of carbon credits was better than a weak one that could undermine a dozen or so existing regional carbon mechanisms.

"Thankfully, the weak rules on a market-based mechanism, promoted by Brazil and Australia, that would have undermined efforts to reduce emissions, have been shelved," said Mohamed Adow, director of Power Shift Africa, a campaign group.

Under Article 6 of the Paris Agreement, countries agreed to set up a new global carbon market system to help countries reduce emissions at a lower cost.

Canada's energy sector has been hoping that cleaner-burning liquefied natural gas (LNG) exported from Canada will count as carbon credits. However, in comments to the Globe and Mail last week, Canada's new environment minister, Jonathan Wilkinson, said the Liberal government's aim is to reach Canada's emission reductions targets through domestic cuts, not by relying on credit-trading.

Catherine Stewart, Canada's chief negotiator at the talks, said her delegation is "disappointed" that countries could not agree to "robust rules" on Article 6.

"Canada will continue in our steadfast commitment to advance the implementation of the Paris Agreement through our domestic actions and our support for developing countries to help drive the urgent climate action that is needed to be taken by everyone," Stewart said.

Among the documents that the UN meeting passed Sunday was the "Chile-Madrid Time for Action" declaration calling on countries to improve their current pledges to reduce greenhouse gas emissions. That is needed to come in line with the 2015 Paris Agreement target of avoiding a temperature increase of more than 1.5 degrees Celsius (2.7 degrees Fahrenheit) by the end of the century.

So far, the world is on course for a 3- to 4-degree C rise, with potentially dramatic consequences for many countries.

Watch | A look at the divisions over global carbon markets: 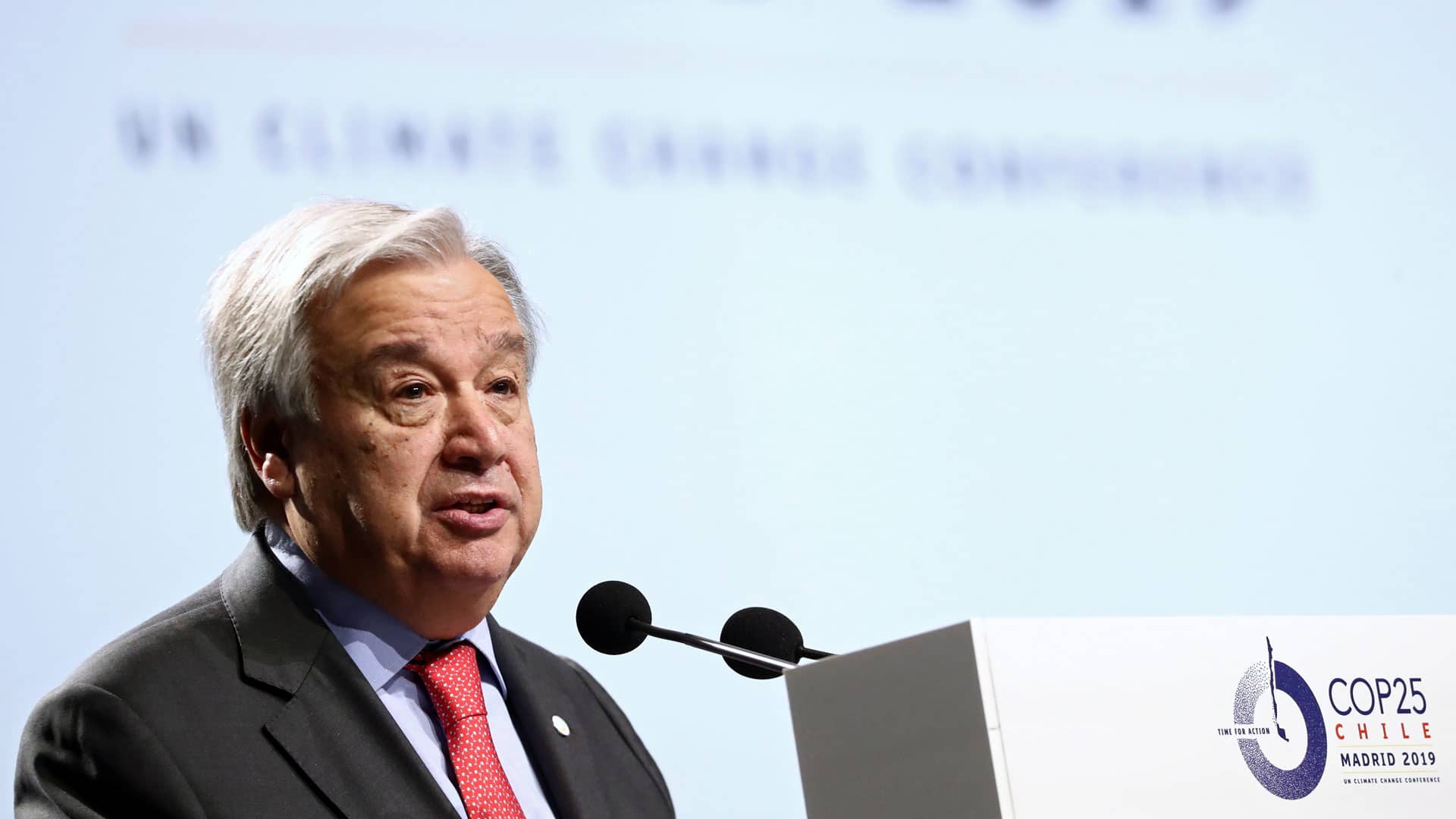 1 year agoVideo
1:38
The UN climate conference in Madrid is trying to lay the groundwork to support the 2015 Paris Agreement on global carbon markets. 1:38

Countries also agreed to designate funds for the most vulnerable countries to compensate them for the effects of extreme weather events, one of the most pressing issues for small island states.

"The Paris Agreement may have been the victim of a hit-and-run by a handful of powerful carbon economies, but they are on the wrong side of this struggle, the wrong side of history," said Jennifer Morgan, Greenpeace International's executive director.

The talks have been accompanied at times by angry protests from Indigenous and environmental groups, both inside and outside the venue. The demonstrations reflected growing frustration, particularly among young people, at the slow pace of government efforts to curb climate change.

Chile initially chaired the talks, which had to be quickly moved to Madrid amid violent anti-government protests back home. Despite the pressure to deliver a positive outcome, activists criticized the Chilean government of President Santiago Pinera for holding onto coal-fired power plants until 2040.

Helen Mountford from World Resources Institute, an environmental think-tank, said the talks "reflect how disconnected country leaders are from the urgency of the science and the demands of their citizens in the streets."