Weiberfastnacht, which starts Cologne's famous carnival, is happening just weeks after the city's police chief was ousted in a rare show of non-confidence, following hundreds of complaints of sexual assault and theft among the crowds on New Year's Eve. 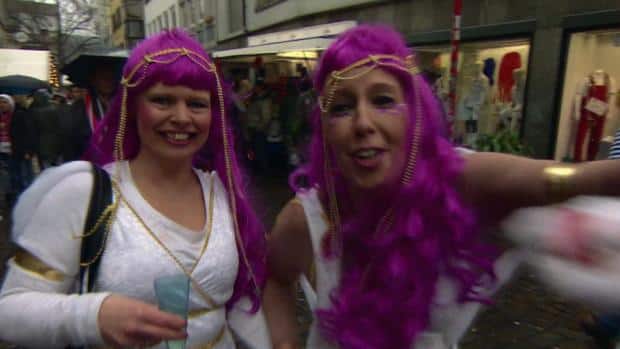 Cologne gets ready for Carnival

Among the jumble of pirates, painted animal faces, and the red-wigged trumpet players shuffling along with a marching band on Cologne, Germany's streets today, more than 2,000 police are also making their presence known.

Weiberfastnacht, which kicks off Cologne's famous carnival, is always a colourful affair. Women of all ages dress up in a vast array of costumes, walk arm in arm and hand out kisses on the cheek. The pubs are full from midmorning. Music fills the air and the parties extend well into the next the morning.

This year, it all happens just weeks after the city's police chief was ousted in a rare show of non-confidence, following hundreds of complaints of sexual assault and theft among the crowds on New Year's Eve.

The attacks and the police handling of them were reason enough for outrage here. The fact that it emerged most of those accused that night were asylum seekers, largely from North Africa, ignited a complex, nationwide debate that, on the eve of an election year, seems to have even rattled the chancellor's office.

In Cologne, the controversy prompted protests by:

Meanwhile, at the prosecutor's office in Cologne, the focus has been on moving swiftly with the some 500 complaints of mostly groping but also rape, emanating from that one night.

About 130 police officers and four prosecutors are working through 400 hours of surveillance tape and vast data from mobile phones to research the case. So far they have identified 50 suspects, 11 of whom are in custody.

"We had never such a crime before in Cologne and I think never before in Germany," Ulrich Bremer, a spokesman for the prosecutor, said in an interview.

"People are not sure what happens now at carnival. So [I] think it's the police who must now act."

For the authorities, attention quickly shifted to the looming carnival celebrations that begin with marking the Thursday before Lent, and culminate into a huge procession of flotillas on Monday.

A replacement police chief was quickly installed. He appeared at a press conference Monday with the city's mayor — one who was stabbed in the neck while campaigning last year — apparently because of her pro-refugee stance.

"Many are asking the question, what will happen during carnival? What is going to happen once carnival is over to make our Cologne safer?" the mayor, Henriette Reker, said Monday. "There is one very clear answer: Cologne will act. And not only during carnival."

For this week, it meant doubling the number of police on the streets compared to last year.

Among them were some wearing body cameras capable of recording incidents as they happen. Others in high-visibility yellow vests were checking papers, as well as purses. Surveillance cameras and choppers kept watch from above.

All aim to ensure the next few nights are as safe as possible for the hundreds of thousands here to mark Cologne's carnival.

Leaflets and even a small introductory course were given to asylum seekers explaining the carnival.

But the tricky debate on Germany's policy on refugees rages on.

"We have to close the borders, we have to check who is in Germany," the head of the Cologne arm of the right-of-centre Alternative for Germany (AFD) party, and member of the city council, Hendrick Rottmann, said in an interview.

He said while those fleeing war should be allowed to remain, they should observe Germany's laws.

Those behind the New Year's Eve assault should be deported, he said.

"They have problems with women …. They think European women [are] just like a hooker," he added.

Last month, a group of asylum seekers, mostly from Syria and Afghanistan gathered near the main station where the New Year's Eve assaults took place. They handed out roses and leaflets to women and insisted the perpetrators are in the minority — and should be punished harshly.

The leaflets said they were protesting "to stand in solidarity with the victims of sexual assault, and to condemn any kind of harassment, racism, violence and hatred."

"We can do only one thing," Hassan, a young man who came to Germany from Syria, told CBC. "And that's to prove ourselves, to say who we are, to let people know who we are."