A Chinese doctor who got in trouble with authorities for sounding an early warning about the coronavirus outbreak died on Friday after coming down with the illness in early January, a hospital reported.

Li Wenliang was reprimanded by police for 'spreading rumours' in December

A Chinese doctor who got in trouble with authorities for sounding an early warning about the coronavirus outbreak died on Friday after coming down with the illness in early January, a hospital reported.

The Wuhan Central Hospital said on its social media account that Dr. Li Wenliang, a 34-year-old ophthalmologist, was "unfortunately infected during the fight against the pneumonia epidemic of the new coronavirus infection."

"We deeply regret and mourn this," it said.

As of 6 a.m. Geneva time Friday there were 31,211 confirmed coronavirus cases in China and 637 deaths, as well as 270 cases in 24 other countries with one death.

Li was reprimanded by local police for "spreading rumours" about the illness in late December, according to news reports.

He had told a group of doctors on Chinese social media and messaging platform WeChat that seven cases of Severe Acute Respiratory Syndrome (SARS) had been confirmed linked to a seafood market in Wuhan, believed to be the source of the virus.

Within a half-hour of announcing earlier Friday that Li was in critical condition, the hospital received nearly 500,000 comments on its social media post, many of them from people hoping Li would pull through. One wrote: "We are not going to bed. We are here waiting for a miracle."

Li was among a number of medical professionals in Wuhan who tried to warn colleagues and others when the government did not, the New York Times reported earlier this week. It said that after the mystery illness had stricken seven patients at a hospital, Li said of them in the online chat group Dec. 30: "Quarantined in the emergency department."

WATCH: Memorials spring up to Chinese doctor who warned of, and died from, coronavirus 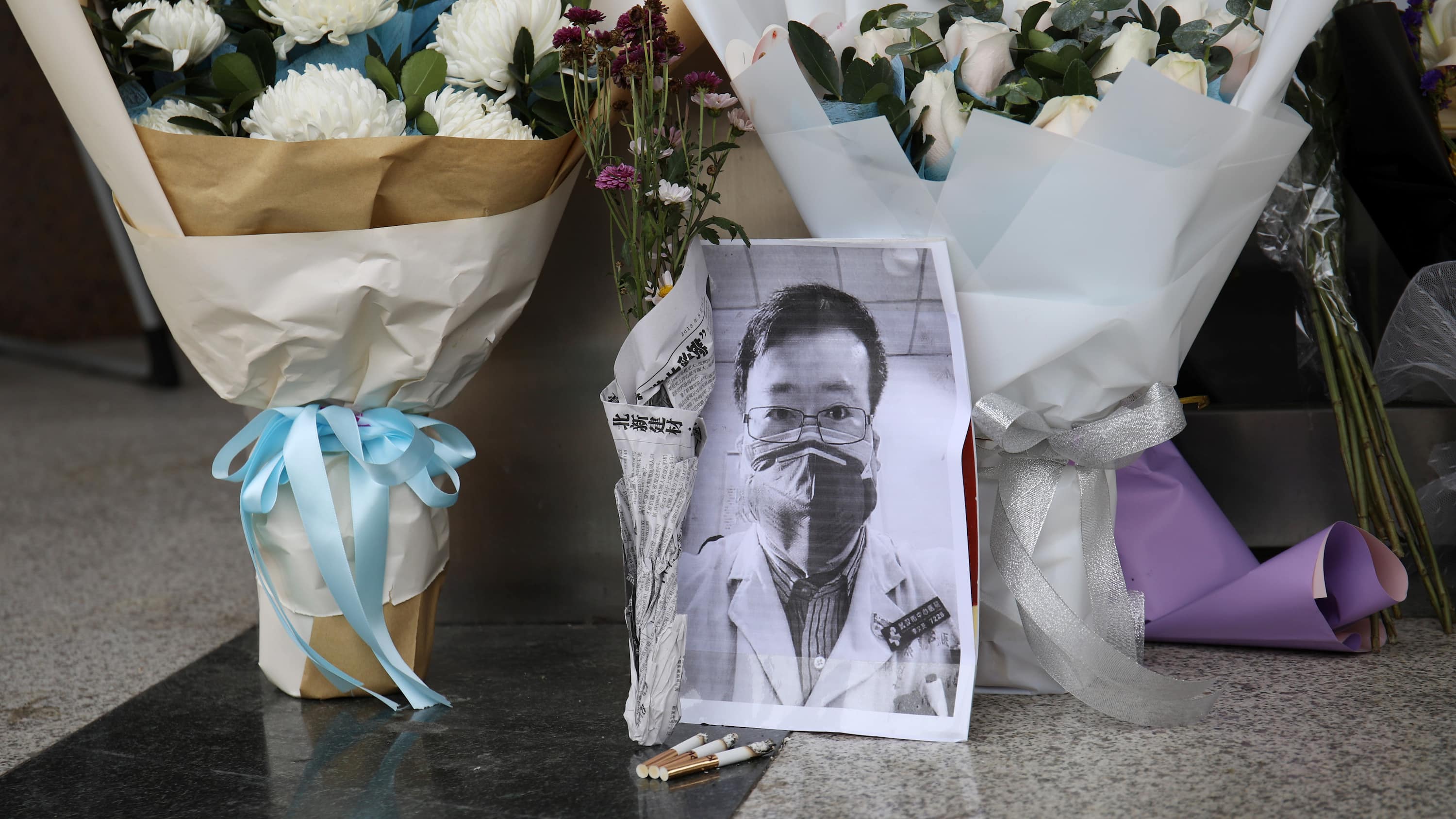 Memorials spring up to Chinese doctor who warned of, and died from, coronavirus

1 year ago
0:43
Mourners angered over the death of Li Wenliang and Chinese government's initial secretiveness over virus 0:43

Another participant in the chat responded by wondering, "Is SARS coming again?" — a reference to the 2002-03 viral outbreak that killed hundreds, the newspaper said.

Wuhan health officials summoned Li in the middle of the night to explain why he shared the information, and police later forced him to sign a statement admitting to "illegal behaviour," the Times said.

"If the officials had disclosed information about the epidemic earlier," Li said in an interview in the Times via text messages, "I think it would have been a lot better. There should be more openness and transparency."

Meanwhile, a newborn became the youngest known person infected with the virus, with the child confirmed positive just 36 hours after birth, authorities said.

"The baby was immediately separated from the mother after the birth and has been under artificial feeding. There was no close contact with the parents, yet it was diagnosed with the disease," Zeng Lingkong, director of neonatal diseases at Wuhan Children's Hospital, told Chinese media.

Zeng said other infected mothers have given birth to babies who tested negative, so it is not yet known if the virus can be transmitted in the womb. That "needs further study," he said.

The 1,500-bed hospital specially built to deal with the outbreak was completed in Wuhan, days after a 1,000-bed hospital with prefabricated wards and isolation rooms began taking patients.

Wuhan is also operating an additional 132 quarantine sites with more than 12,500 beds, according to the official Xinhua News Agency.

Authorities are racing to increase the number of beds in Wuhan and the rest of hard-hit Hubei province, where the health care system has been so overwhelmed that some sick people have been turned away from hospitals and sent home, raising the risk of their spreading the virus to others.

All together, more than 50 million people are under virtual quarantine in Hubei in an unprecedented — and unproven — bid to bring the outbreak under control.

In Hong Kong, hospital workers demanding a shutdown of the territory's border with mainland China were on strike for a fourth day. Hong Kong leader Carrie Lam announced a 14-day quarantine of all travelers entering the city from the mainland starting Saturday, but the government has refused to seal the border entirely.

While the overwhelming majority of deaths and infections have been in China, more than 200 people with the illness have been reported in over two dozen other countries, including Japan, Singapore, Thailand, South Korea and the United States.

China's National Health Commission said the number of infected patients who were "discharged and cured" stood at 1,153. No details were given, but milder cases have been seen in younger, healthier people.

Provincial health officer Bonnie Henry said the new patients are a man and woman in their 30s.

Both are connected to the second presumptive case of coronavirus found in the Vancouver Coastal Health region that was announced on Tuesday.

Britain, Germany and Italy announced more cases on Thursday, bringing the total number of confirmed cases in Europe to 31.

An Italian national also tested positive for the virus Thursday, a spokesperson for the health ministry said. This is the third confirmed case in Italy after two Chinese tourists were found to be carrying the virus last week.

The man was one of 56 Italian nationals repatriated this week from Wuhan. Those evacuated from China are being held in quarantine for two weeks at a military base south of Rome.

Germany's 13th confirmed case, announced by Bavaria's health ministry, was the wife of an employee previously diagnosed with the virus.

Two of their children are among those infected. Neither they nor their mother are showing any symptoms.

Germany's two other cases tested positive after arriving on an evacuation flight from China last weekend. In Germany, all but two cases are related to auto parts supplier Webasto, whose headquarters near Munich was visited by a Chinese colleague.

British authorities confirmed the country's third case, saying the patient did not contract the virus in the U.K. They did not elaborate. The two other cases are a Chinese student studying at York University in England and a relative of that student.

The new virus is in the coronavirus family that includes MERS and SARS, and it causes fever, cough, shortness of breath and, in severe cases, pneumonia.