In the last gasp of an historic industrialization, China's state-run "zombie" factories continue to churn out products no one buys. The CBC's new Asia Correspondent Sasa Petricic highlights the problem facing Beijing with its new talk of layoffs and restructuring. 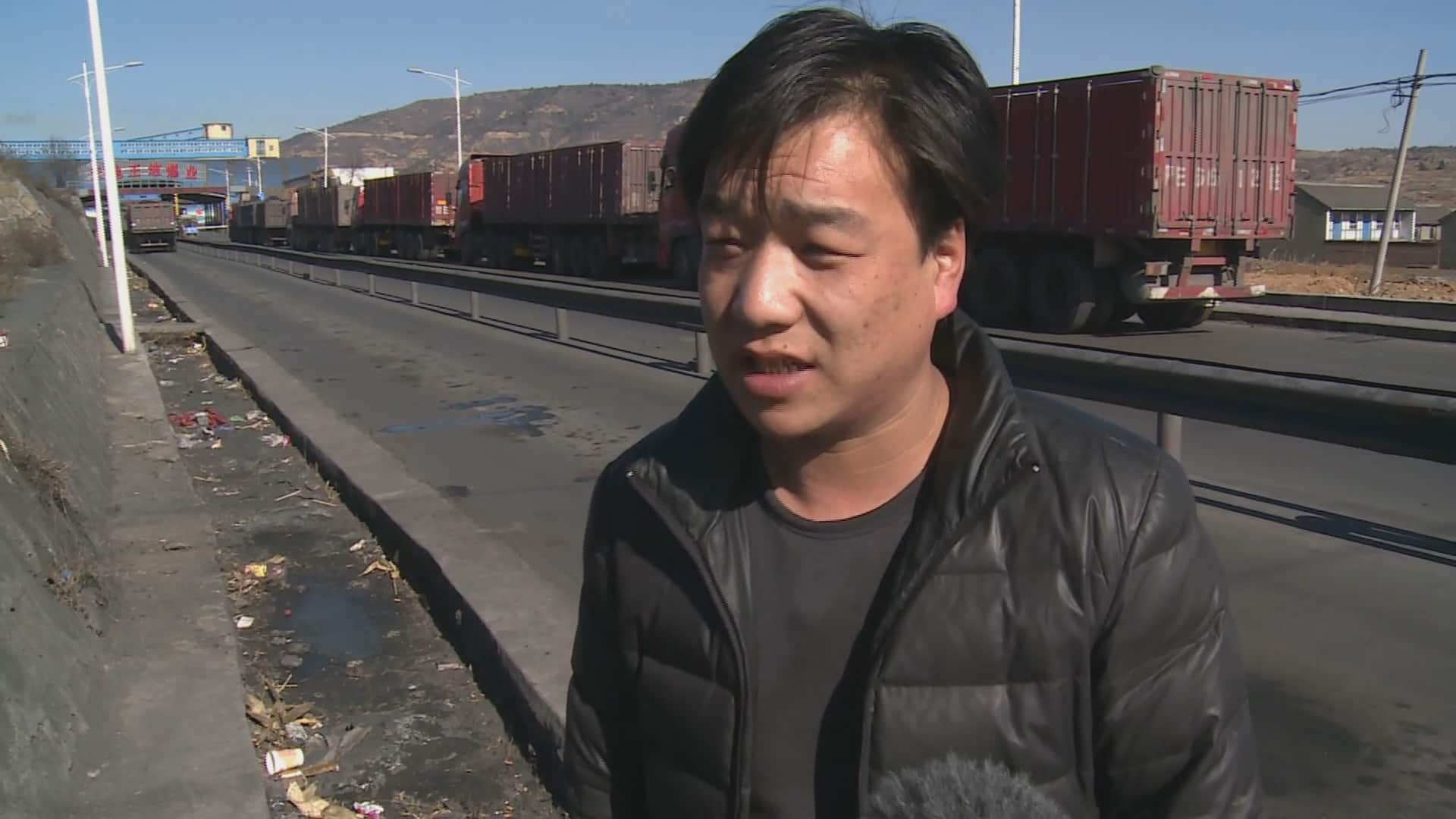 In central China, the city of Jin Cheng gathers another layer of black dust.

It is surrounded by mines that pull coal out of the ground and load it onto trains headed for market.

Never mind that for much of that coal there is no longer a market. In a China where economic growth is officially 6.9 per cent — half what it was a decade ago and the lowest in a quarter century — these so-called zombie mines and factories continue to churn out products no one buys.

Delivery trucks idle outside a mine near Jin Cheng with nowhere to go.

"I borrowed more than I can afford just to buy this truck," says driver Wang Wei. "Now what? No work. I'm angry with the government."

Throughout industrialized China, thousands of these zombie enterprises stay open because the government and the ruling Communist Party have been afraid of exactly that reaction, on a massive scale.

Beijing has delayed a much-needed restructuring to reduce industrial overcapacity, even as economists have said such a move is inevitable.

But it is now coming. This week, China announced it expects to lay off 1.8 million workers in its coal and steel industries, about 15 per cent of the workforce.

And there is more talk now that this is just the first wave of layoffs that could affect as many as six million workers.

There is still no timeframe for this huge upheaval, and no guarantee it won't bring the kind of social instability Beijing fears most.

"This task will be very difficult," China's Human Resources and Social Security Minister Yin Weimin acknowledged. "But we are still very confident."

The plan to restructure China's economy will preoccupy the almost 3,000 deputies who are descending on the capital today, opening the annual session of the China People's Political Consultative Conference, to be followed by the National People's Congress where China's leadership under President Xi Jinping is expected to lay out a new five-year plan.

The goal is to try to remake the world's second largest economy from a manufacturer and exporter of goods to one that relies on a service industry and more than a billion domestic consumers.

World markets, though, aren't convinced China is ready to make the hard choices that transition requires. They don't even trust the numbers Beijing releases.

Many Western economists suspect they are moulded to fit political imperatives. Some say even the 6.9 per cent growth rate for 2015 is inflated by as much as a percentage point or more.

That lack of confidence has been reflected in the benchmark Shanghai stock market, which has had a wild ride this year, dropping 24 per cent, and as much as 4.6 percent on Monday alone.

Every time that happens, it sends shock waves around the world, especially since many countries, including Canada, have come to rely on seemingly boundless growth in China for their own exports.

At 6.9 per cent, China's economy outperforms every other in the world, except India, and is growing at more than double the rates in U.S., Canada and Europe.

At Peking University, Yang Yao, the director of the China Centre for Economic Research, says the slump in his country was inevitable.

"China avoided the major slowing down after the [1997 Asia economic] crisis, but now it's China's turn," he says. "And that's just natural. You cannot just grow by seven per cent, eight per cent or more forever."

Yang is confident of a turnaround. "Probably this year is still going to be difficult, but next year or year after we're going to go out of this bottom. Seven per cent can be a reachable target."

Others aren't so sure Beijing really is ready to make the difficult sacrifices needed.

"Growth in services and consumer spending is solid. But it is still not strong enough to carry the whole burden of driving the economy," says Arthur B. Kroeger of the Brookings-Tsinghua Centre for Public Policy in Beijing.

"For that to happen," he says, "much more reform is needed. And the pace of those reforms has been disappointing."

Consumers here are also uneasy about what's to come. China's boom created more billionaires in Beijing than there are in New York.

But now, many in China — including those in the newly enlarged middle class — are rushing to get their money out of the country. Some companies have also become more nervous.

In the last 18 months, more than $1 trillion US has left China, according to Singapore-based credit firm Fitch Ratings.

This is happening because of fears that the value of the yuan, the national currency, will continue to drop.

It has been devalued more than once in the past months, and despite assurances last week from the head of the country's central bank that it has no intention of letting it slide further, many people have lost confidence.

That is more than just an economic problem, it is a huge political problem for China's leadership, which has to maintain prosperity to remain in power, says David Mulroney, Canada's former ambassador to Beijing.

"That was the post-Tiananmen bargain," he says, referring to the 1989 protests that challenged the party's monopoly and were quashed by the military.