U.S.-China tension will persist after this election — and Canada will feel it

Canada has learned a brutal lesson in modern geopolitics: when the globe's superpowers clash, we risk getting sideswiped. That makes U.S. election rhetoric on China relevant on multiple fronts.

Trump, Biden have different ideas about the geopolitical challenge of China

This story is part of a five-part series looking at how the policies of the two U.S. presidential candidates, Joe Biden and Donald Trump, differ when it comes to the major issues of interest to Canada, including energy, defence, trade and immigration.

One brutal lesson in modern geopolitics has been repeatedly driven home: when the globe's superpowers clash, Canada risks getting sideswiped.

This all came after the U.S. requested that Canada arrest a high-level Huawei executive, just one of Washington's various moves against Chinese tech firms.

One China-watcher said the escalating Sino-American power struggle will play out in different places around the world — including here.

"[It's] a form of a proxy war to me," said Lynette Ong, a China expert at the University of Toronto, describing the Meng Wanzhou affair as part of a broader U.S.-China conflict.

"And Canada is the battlefield."

While that tension won't be resolved with the upcoming U.S. election, Donald Trump and Joe Biden are proposing different approaches to one of the central policy issues of our time.

Even some of Trump's critics give him credit for articulating a sentiment that was steadily building in Washington before his presidency — that is, disillusionment with the Chinese government.

"History may be relatively kind to the president. Not necessarily in how he [has handled China issues] … but in forcing this reckoning that was sort of happening," said Bill Bishop, a writer and businessman who's lived in Beijing and Washington and writes a daily China newsletter called Sinocism.

Bishop said American businesses and the previous administration were increasingly frustrated with perceived bullying by Chinese authorities and the theft of their intellectual property.

He said that left China with few defenders in Washington. The business lobby, he said, had always been the key pro-China constituency, while top figures in the U.S. Congress were already Beijing skeptics.

The shift in posture was officially signalled in two major documents produced early in the Trump presidency.

A 2017 National Security Strategy report accused China and other competitors of stealing hundreds of billions of dollars' worth of intellectual property from the U.S. each year. It essentially concluded that China's rise had not worked out as planned.

"For decades, U.S. policy was rooted in the belief that support for China's rise and for its integration into the post-war international order would liberalize China," said the document. "Contrary to our hopes, China expanded its power at the expense of the sovereignty of others. China gathers and exploits data on an unrivalled scale and spreads features of its authoritarian system, including corruption and the use of surveillance."

A subsequent U.S. federal trade study catalogued repeated broken promises from China that the theft would stop. Then came tariffs, more tariffs and yet again more tariffs, some of which also hit allies like Canada.

The countries expelled several of each other's journalists. Frustration with China is a major reason the U.S. has paralyzed the appeals body of the World Trade Organization and pulled out of the World Health Organization.

WATCH | U.S. accuses WHO of relying too heavily on China for coronavirus information:

In the U.S. Congress, hundreds of bills introduced this year refer to China. A sanctions bill punishing people involved in rights abuses against Uighurs passed the Senate 100-0. A bill restricting goods produced by forced labour in Xinjiang has passed the House of Representatives by a margin of 406-3. Other, unpassed bills would ban immigration for Chinese Communist Party members, or separate the countries' supply chains.

Canadian trade with China could be affected in different ways.

Two witnesses at a recent U.S. congressional hearing said that for a ban to be effective on trade in forced-labour goods, major trading partners of the U.S., specifically Canada and Mexico, have to be involved.

Canada could face similar pressure with popular smartphone apps. For example, Trump has signed an executive order restricting use of the wildly popular Chinese social-media platform WeChat. (The order has temporarily stalled in court.)

Some people in social media proposed using a Canadian virtual network to get around the U.S. ban — a loophole that would not go unnoticed in Washington for very long.

Trump clamped down on the sale of smartphone chips to Huawei. He also slapped several new export controls on high-tech goods with military applications — and placed allies on notice that they could face similar controls if they keep selling sensitive technology to China.

Ong said American frustrations really escalated with the pandemic. (That and the subsequent Chinese crackdown on political freedoms in Hong Kong.) But she faults Trump for picking way too many fights with allies (for example, with tariffs on Canadian and European metals). She said greater unity among democracies would give them more leverage in pressing Beijing for behavioural change.

"Four more years of a Trump presidency would be disastrous for the world. It would be great for China," she said.

"The Western world will continue to be disunited. Without U.S. leadership, there's only so much middle powers can do. In that sense, it would be fantastic for [President] Xi Jinping."

Trump has also been difficult for allies to follow. He's bounced between condemning Xi's behaviour to repeatedly praising him, and has been inconsistent on whether he cares about human-rights issues — at one point reportedly even offering approval of Uighur detainment camps.

One point emphasized by several people who've followed this issue is that no matter who wins on Nov. 3, there is no going back to the China-U.S. relations that existed before Trump.

"The whole U.S. establishment seems to have shifted, very sharply, against China," said Christopher Sands, head of Washington's Canada Institute. "There has been almost a Cold War reflex — a sense [we in the U.S. are] fighting on behalf of everyone, because a peaceful [Chinese] rise didn't pan out and confrontation is necessary to force China to change the way it behaves." 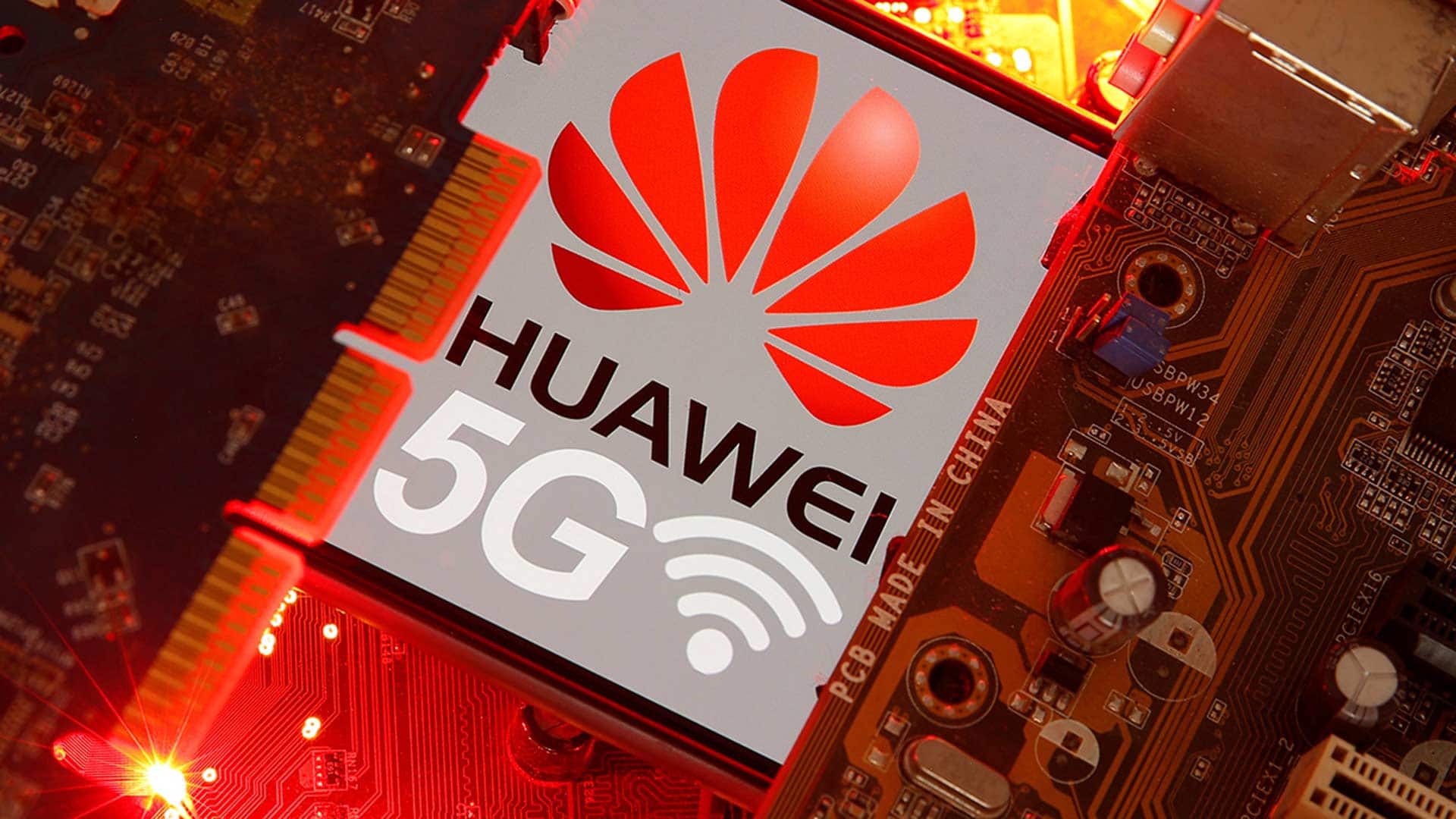 8 months agoVideo
1:47
The U.S. State Department warns it will limit its intelligence sharing with Canada if Huawei is allowed to build Canada’s 5G cellphone network. 1:47

One difference, Sands said, is that Biden would be more careful in avoiding unnecessary escalation, and less likely to engage in the sort of brinkmanship that leads the superpowers down the path toward the nightmare scenario: open conflict.

Bishop said Biden would also offer a more coherent idea of what, exactly, the U.S. wants as its end goal in the relationship with China. "The problem with [Trump's] China policy is just the fundamental incoherence of the president."

One other difference, Bishop said, is Biden would work more closely with U.S. allies. It's in fact a pillar of Biden's foreign policy platform. He's proposing a series of democratic reforms at home, so that the U.S. might set a better example in the world.

Biden would also convene the world's democracies for a summit. That summit would involve governments and private-sector participants, like social media companies, to talk about containing authoritarianism and corruption, while promoting election security and human rights.

"The United States must lead not just with the example of power, but the power of our example," says Biden's platform. "To win the competition for the future against China or anyone else, we must sharpen our innovative edge and unite the economic might of democracies around the world."

A Biden presidency would also cause challenges for Canada. As on the trade issues surrounding Huawei, forced labour, microchips, WeChat and tariffs, an alliance against Beijing would have expectations of its members.

"The important question for a country like Canada is, 'What does that [co-operation] mean in practice?'" said Chad Bown, a senior fellow at Washington's Peterson Institute who served as a trade official in the Obama White House.

"What skin is Canada going to be willing to put in the game? That's going to be an important and interesting question."

Canadians need no reminder, following the Meng Wanzhou affair, that heeding an American request can trigger painful blowback from Beijing.

Bown said Trump's go-it-alone attitude has made it easier on Canada in some ways. For example, Trump's trade wars against China wound up benefitting Canadian lobster fishers, as their U.S. competitors faced tariffs.

Biden's platform also calls for a form of carbon tariffs on high-polluting imports. In his book Trumpocalypse, Canadian-American author David Frum writes that carbon taxes are the kind of policy countries could co-ordinate to press China to speed up its own shift to cleaner technologies.

"You can't manage [climate change] without China," Frum said in an interview.

One strategic move Biden has left the door open to is the U.S. rejoining the trade zone formerly known as the Trans-Pacific Partnership, which the Obama-Biden administration had billed as a counterweight to Beijing's influence in Asia.

What should be the end goal of a coherent China policy? Bishop said it can't be to overthrow the Chinese Communist Party — he called that unrealistic and predicted the party will be in power for decades.

He said the goal should be establishing clear rules for this new age that everyone can live with in peace and security.

Bishop said Western countries need to make clear to Beijing, "Here are some of our red lines." And then, he said, both sides can negotiate an understanding of how they might work together, and coexist, in this new geopolitical order.