At a virtual UN General Assembly meeting, the three veto-wielding council members argued about which country mishandled the coronavirus pandemic response, resulting in the spread of the virus.

China, the United States and Russia butted heads at the United Nations on Thursday over responsibility for the pandemic that has interrupted the world, trading allegations about who mishandled and politicized the virus in one of the few real-time exchanges among top officials at this year's COVID-distanced UN General Assembly meeting.

The remarks at the UN Security Council came just after UN Secretary-General Antonio Guterres decried the lack of international co-operation in tackling the still "out-of-control" coronavirus.

The sharp exchanges, at the end of a virtual meeting on "Post COVID-19 Global Governance," reflected the deep divisions among the three veto-wielding council members that have widened since the virus first emerged in the Chinese city of Wuhan.

Chinese Foreign Minister Wang Yi, speaking first, stressed the importance of UN-centred multilateralism and alluded to countries — including the U.S. — opting out of making a COVID-19 vaccine a global public good available to people everywhere.

"In such a challenging moment, major countries are even more duty-bound to put the future of humankind first, discard Cold War mentality and ideological bias and come together in the spirit of partnership to tide over the difficulties," Wang said.

And in a jab at U.S. and European Union sanctions including on Russia, Syria and others, he said: "Unilateral sanctions and long-arm jurisdiction needs to be opposed in order to safeguard the authority and sanctity of international law."

WATCH | Trump says nations must fend for themselves: 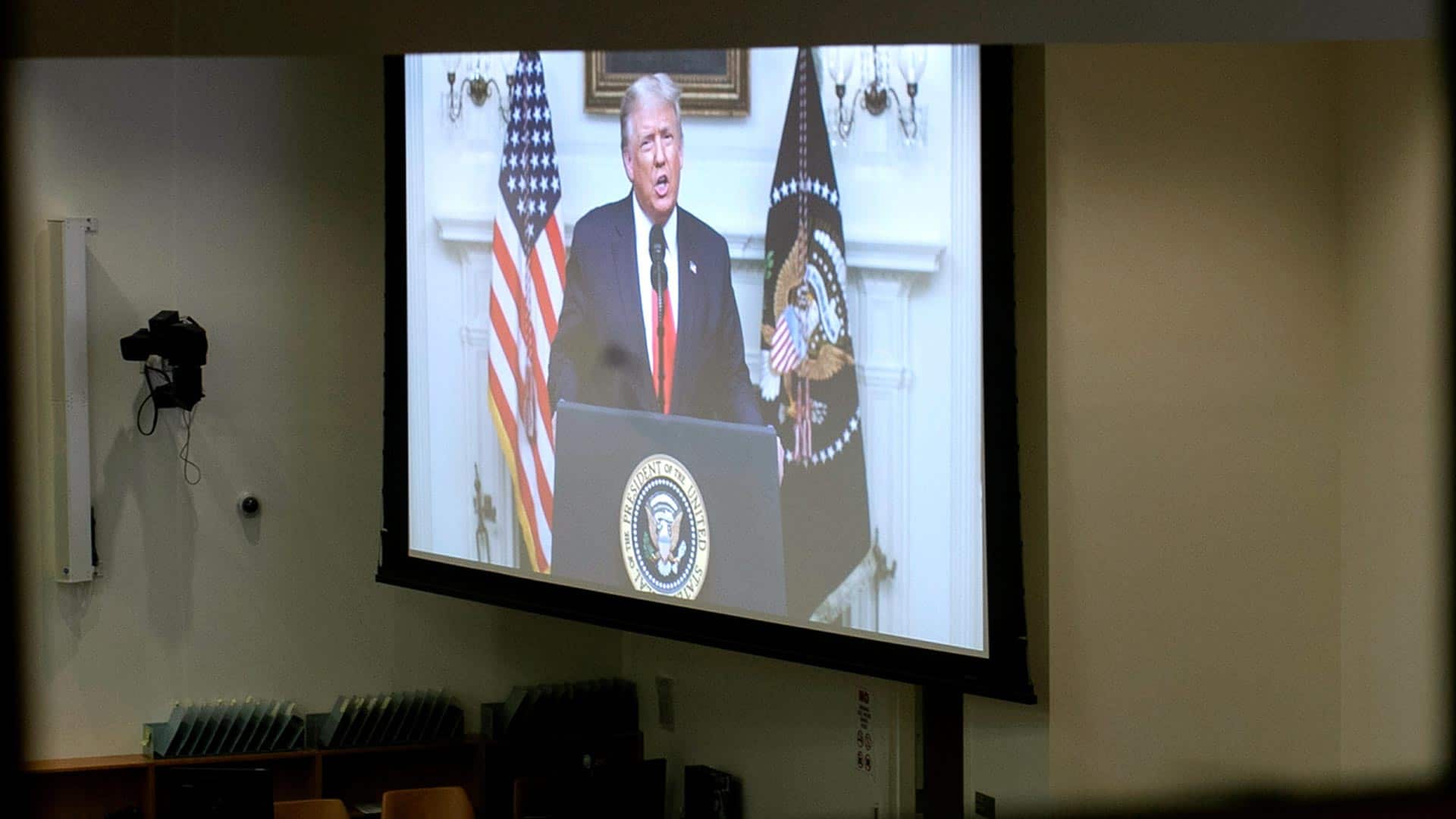 6 months ago
2:00
The virtual 75th United Nations General Assembly focused on COVID-19, but recorded speeches had very different approaches to the pandemic. While the secretary-general maintained a message of working together globally, U.S. President Donald Trump told other leaders to take care of their own countries first. 2:00

Russia's Foreign Minister Sergey Lavrov said the pandemic and its "common misfortune did not iron out interstate differences, but to the contrary deepened them."

"In a whole number of countries there is a temptation to look abroad for those who are responsible for their own internal problems," he said. "And we see attempts on the part of individual countries to use the current situation in order to move forward their narrow interests of the moment in order to settle the score with the undesirable governments or geopolitical competitors."

That was too much for the United States' UN ambassador, Kelly Craft, who opened her remarks late in the meeting with a blunt rejoinder.

"Shame on each of you. I am astonished and disgusted by the content of today's discussion," Craft said. She said other representatives were "squandering this opportunity for political purposes."

"President Trump has made it very clear: We will do whatever is right, even if it's unpopular, because, let me tell you what, this is not a popularity contest," Craft said. 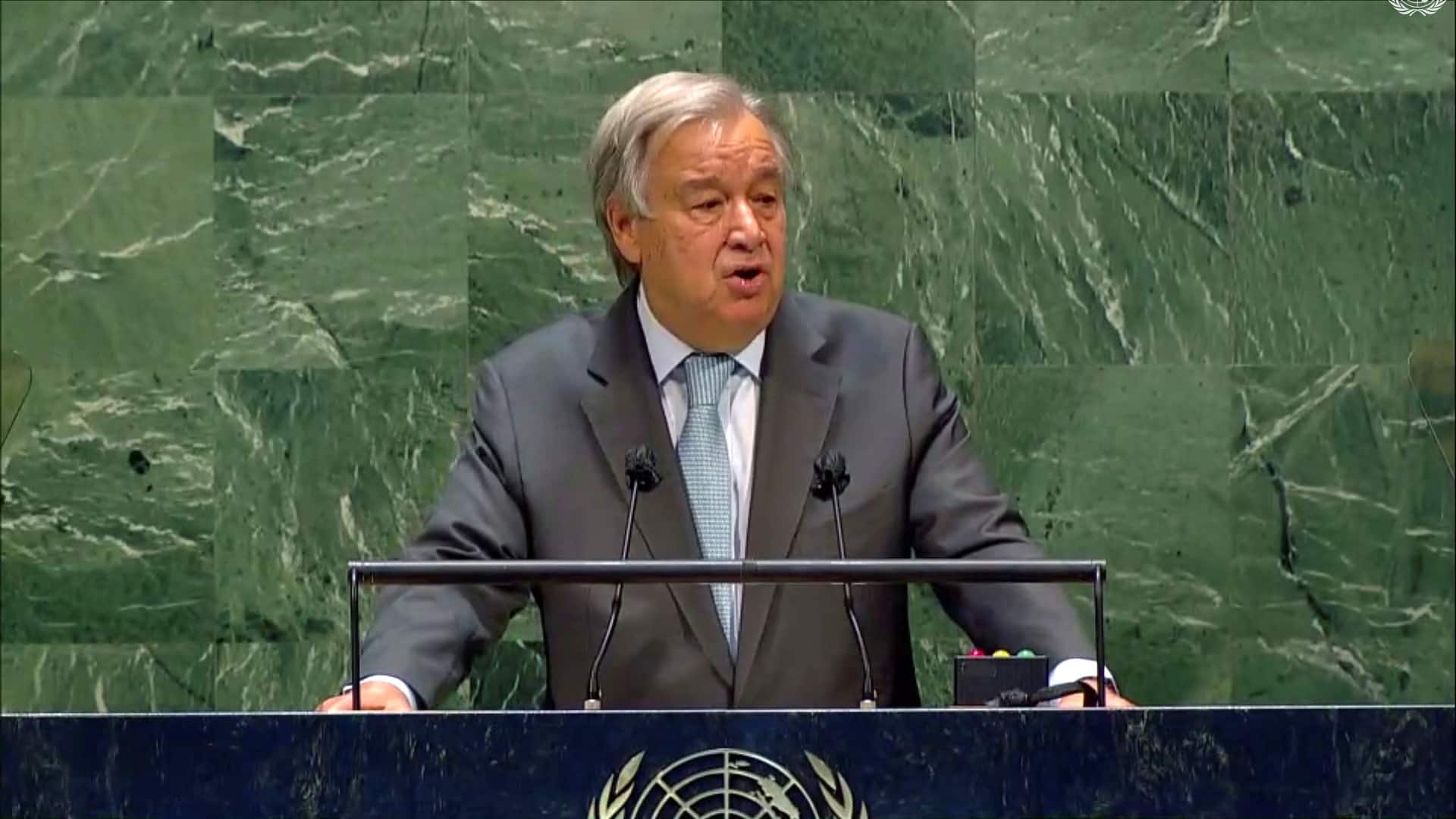 6 months ago
2:02
United Nations Secretary-General António Guterres counselled solidarity as the key to tackling the world's tough challenges at the opening of the 75th annual general assembly. 2:02

She quoted Trump's speech Tuesday to the virtual opening of the General Assembly's leaders meeting in which he said that to chart a better future, "we must hold accountable the nation which unleashed this plague onto the world: China."

"The Chinese Communist Party's decision to hide the origins of this virus, minimize its danger, and suppress scientific co-operation [that] transformed a local epidemic into a global pandemic," Craft said, adding that these actions "prove that not all member states are equally committed to public health, transparency, and their international obligations."

Chinese UN Ambassador Zhang Jun asked for the floor at the end of the meeting and delivered a lengthy retort, saying "China resolutely opposes and rejects the baseless accusations by the United States."

"Abusing the platform of the UN and its Security Council, the U.S. has been spreading political virus and disinformation, and creating confrontation and division," Zhang said.

Zhang said: "The U.S. should understand that its failure in handling COVID-19 is totally its fault."

The United Nations chief said in opening the Security Council meeting that the world failed to co-operate in tackling the COVID-19 pandemic. Guterres said that if the world responds to even more catastrophic challenges with the same disunity and disarray, "I fear the worst."

He said the international community's failure "was the result of a lack of global preparedness, co-operation, unity and solidarity."

Guterres pointed to the nearly one million people around the world that the coronavirus has killed, the more than 30 million who have been infected. He said the global response is more and more fragmented, and "as countries go in different directions, the virus goes in every direction."