Chinese authorities have arrested at least 10 people, including a Hong Kong pro-democracy activist, after its coast guard intercepted a speedboat believed to be heading to Taiwan, media reports said Thursday.

Andy Li, arrested earlier this month under national security law, was out on bail

Chinese authorities have arrested at least 10 people, including a Hong Kong pro-democracy activist, after its coast guard intercepted a speedboat believed to be heading to Taiwan, media reports said Thursday.

The reports, citing unnamed sources, said activist Andy Li was among those detained. Li had been arrested earlier this month with nine others on charges of collusion with foreign forces under a sweeping national security law imposed by Beijing and was out on bail.

A social media post by China's coast guard said the arrests were made on Sunday when it intercepted the boat off the coast of the southern province of Guangdong. It said that two people surnamed Li and Tang were among those detained. It was not immediately clear what charges they're facing.

"We are aware of such reports. For the time being, we do not have any information from the mainland-relevant authorities," Hong Kong police commissioner Chris Tang told a news conference Thursday. 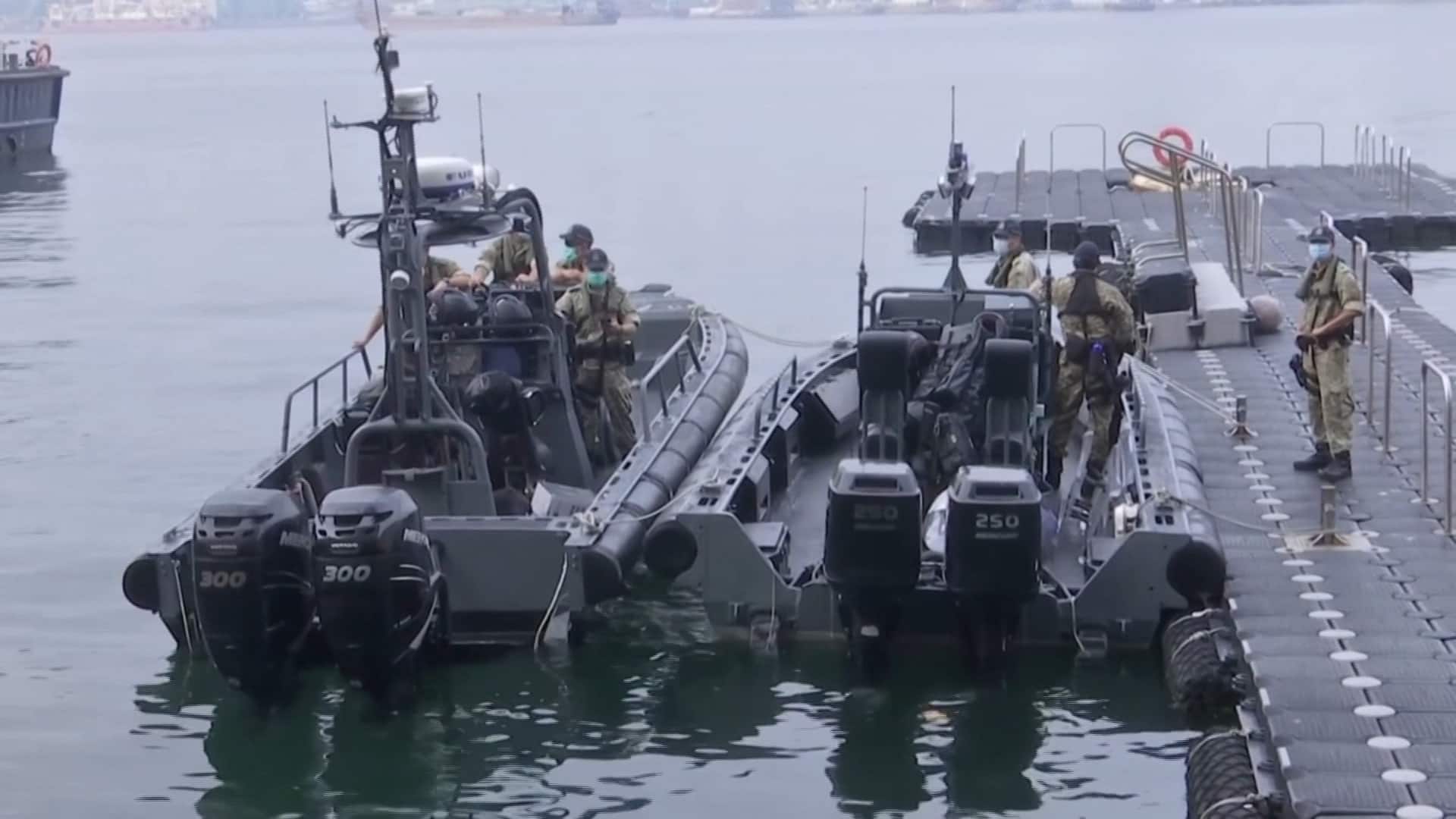 5 months agoVideo
0:40
Hong Kong pro-democracy activist Andy Li was reported to be aboard a boat seized off the coast of the southern province of Guangdong, China. 0:40

Tang said that they were actively seeking information about the incident.

Boat believed to be en route to Taiwan

The people on board were believed to be fleeing to Taiwan, and at least one other person had previously been arrested on charges related to last year's anti-government protests, the South China Morning Post reported.

Taiwan in July opened an office to help Hong Kongers seeking to emigrate to the self-ruled island, and received over 1,000 inquiries in its first month alone. It's a popular choice among protesters who have chosen to leave Hong Kong.

Beijing implemented the law after months of anti-government protests wracked the semi-autonomous city last year. Critics have said the legislation is a blow to the "one country, two systems" framework, which gives Hong Kong freedoms not found on mainland China.