Canadian passengers of a cruise ship that has been quarantined in Japan due to a coronavirus outbreak on board are still waiting to be repatriated as their American counterparts touched down in the U.S. on Monday.

Canadian passengers of a cruise ship that has been quarantined in Japan due to a coronavirus outbreak on board are still waiting to be repatriated as their American counterparts touched down in the U.S. on Monday.

On Saturday, the Canadian government said it had chartered a plane to bring home many of the 255 Canadians aboard Diamond Princess, off Yokohama, Japan, where some 3,500 passengers have been stuck for 10 days amid an outbreak of the novel coronavirus. So far, more than 450 people have been infected, including 32 from Canada.

Late Monday, Global Affairs responded to an email from a Canadian couple on board and told them the plane is expected to arrive in Japan on Feb. 19. The aircraft will pick up Canadian passengers who are not showing symptoms.

The email reply said the departure date will be confirmed once final arrangements have been made with the Japanese government and the cruise ship company.

Those who are transported back to Canada will be placed under quarantine for 14 days. There are also 330 Hong Kong residents and 35 Italians, including crew members, on board the ship or undergoing treatment in Japanese hospitals.

Passenger Trudy Clement, of Callander, Ont., told CBC News Monday that she and her husband are still waiting for results from a throat swab they had taken two days ago to determine if they've contracted the virus.

"It's bad enough having to be here for two weeks but not knowing anything, it's extremely stressful," she said.

Watch: Trudy Clement describes the wait for news aboard the Diamond Princess: 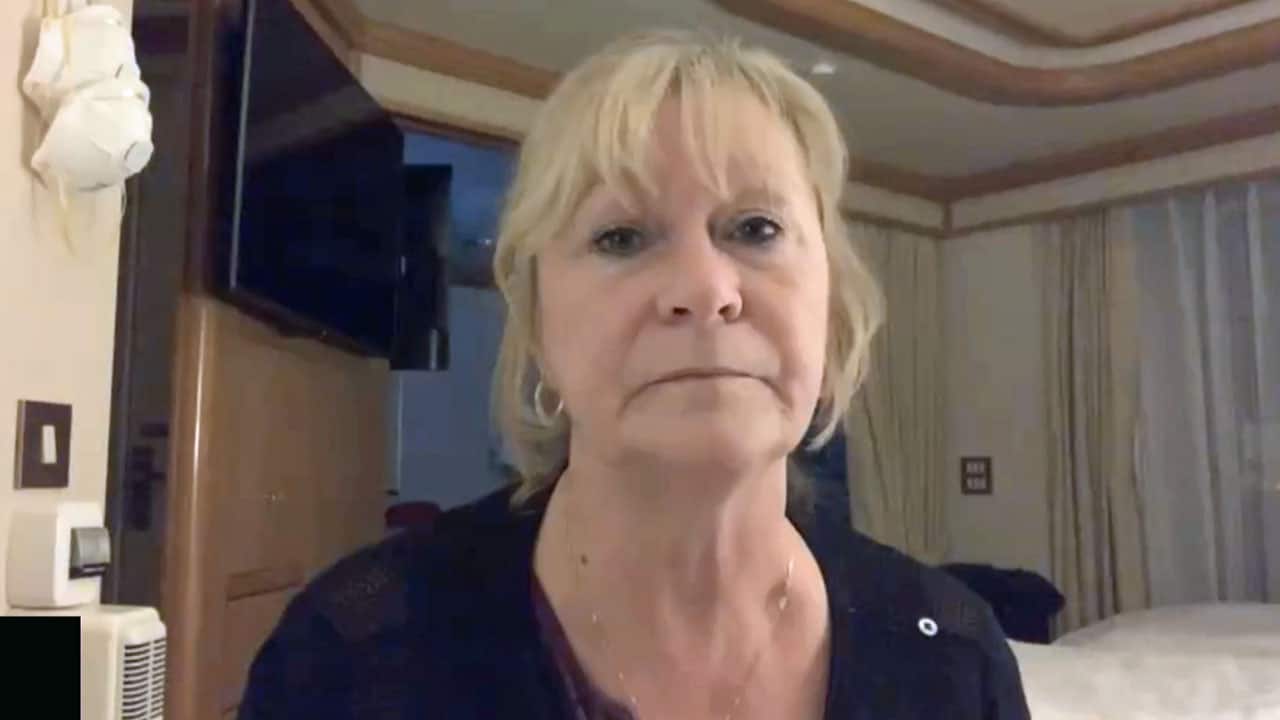 11 months agoVideo
6:16
The Canadian government says it's chartered a plane to bring home many of the 255 Canadians aboard the cruise ship that has been quarantined for 10 days amid a coronavirus outbreak. 6:16

The quarantine in Canada will be good for the peace of mind of friends, family and the community, Clement said. She said all the passengers she's been able to talk to agree that Canadian aid did not come quickly enough.

"If this had of been started earlier, it would have ended earlier," she said.

If she does test positive for the virus, she'll be removed from the ship and taken to hospital in Japan.

If not, the passengers will be tested for any symptoms when they disembark, then again when they arrive in Trenton, Ont. Then they'll face another two-week quarantine in Cornwall, Ont.

3/4 As we assist Canadians from the <a href="https://twitter.com/hashtag/DiamondPrincess?src=hash&amp;ref_src=twsrc%5Etfw">#DiamondPrincess</a> cruise ship, we are taking every precaution to keep them, and the local community, safe and healthy. Thank you to the people of Cornwall for your collaboration and support.

Tam said Canadian health officials are "taking every precaution" to keep the city of about 46,000 "safe and healthy," as those quarantined stay in an isolated section of the Nav Centre, a hotel and conference training facility in Cornwall.

Watch: Health minister says Canadians to be repatriated this week: 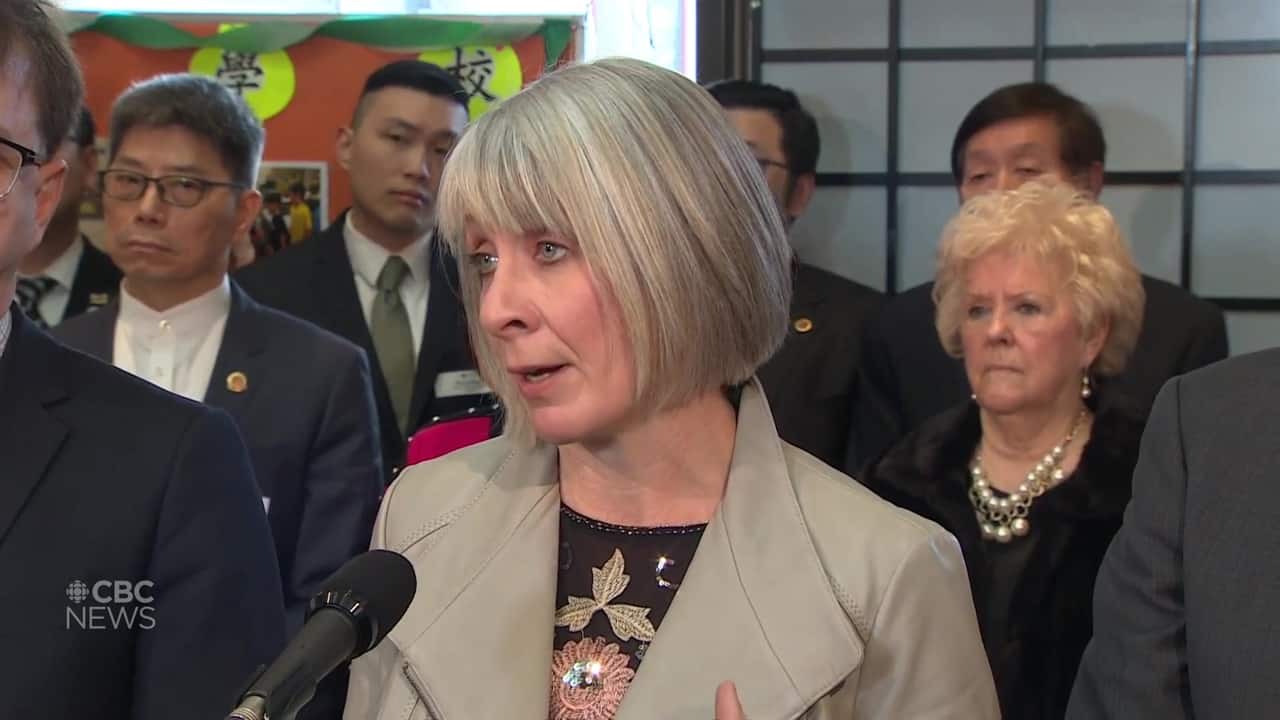 11 months agoVideo
0:24
Health Minister Patty Hajdu says the government is working to bring home a number of Canadians onboard the Diamond Princess cruise ship in quarantine off Japan. 0:24

Also on Monday, more than 300 American passengers, including 14 who tested positive for coronavirus, were being quarantined at military bases in California and Texas from Japan on charter flights overnight.

The U.S. said it arranged for the evacuation because people on the Diamond Princess were at a high risk of exposure to the new virus that's been spreading in Asia. For the departing Americans, the evacuation cuts short a 14-day quarantine that began aboard the cruise ship Feb. 5.

The State Department announced later that 14 of the evacuees received confirmation they had the virus but were allowed to board the flight because they had no symptoms. They were being kept isolated from other passengers on the flight, the U.S. State and Health and Human Services said in a joint statement.

It's unclear which base the 14 who tested positive for the virus went to.

Officials said the evacuees who arrived at Travis Air Force Base will be housed at a different location from the more than 200 other Americans who were already being quarantined on the base, in a hotel. Those people have been at the base since early February, when they arrived on flights from China.

No Travis officials will have contact with the passengers, officials said.

Now that they're in the U.S., the cruise ship passengers must go through another 14 days of quarantine at the military facilities — meaning they will have been under quarantine for nearly four weeks.

The latest updates follow the release in China's official media of a recent speech by President Xi Jinping in which he indicated for the first time that he had led the response to the outbreak from early in the crisis. While the reports were an apparent attempt to demonstrate the Communist Party leadership acted decisively from the start, it also opened Xi up to criticism over why the public was not alerted sooner.

In his speech, Xi said he gave instructions on fighting the virus on Jan. 7 and ordered the shutdown of the most-affected cities. The disclosure of his speech indicates top leaders knew about the outbreak's potential severity at least two weeks before such dangers were made known to the public.

The death toll from the coronavirus outbreak in mainland China rose to 1,868 as of the end of Monday, up by 98 from the previous day, the National Health Commission said on Tuesday. Across mainland China, there were 1,886 new confirmed infections on Monday, bringing the total so far to 72,436.

With fears of the virus spreading further, Chinese and residents of nearby countries and territories have begun hoarding supplies of everything from masks and other personal protective gear to instant noodles, cooking oil and toilet paper.

In Hong Kong, local media reported that police had arrested two men and were seeking three others who allegedly stole a load of 60 packs of toilet paper at knifepoint early Monday morning. Supplies of the commodity have become extremely scarce, with often only low-quality imports still available. Police were expected to discuss the matter later.

Another 1,200 doctors and nurses from China's military began arriving in Wuhan on Monday morning, the latest contingent sent to help shore up the city's overwhelmed health-care system.

The city has rapidly built two prefabricated hospitals and converted gymnasiums and other spaces into wards for those showing milder symptoms, but residents still say they are being wait-listed for beds and even ambulance rides.

Wuhan has accounted for the vast majority of mainland China's 70,548 cases. Some 60 million people in that area and other parts of China are under lockdown in a bid to prevent the virus from spreading further.