Protesters, police face off at university

"The British government and the foreign affairs committee of the House of Commons published China-related reports making irresponsible remarks on Hong Kong. What is worse certain British politicians even planned to present [an] award to a chief propagandist for Hong Kong independence."

Hong Kong police laid siege to a university on Monday, firing rubber bullets and tear gas to pin back anti-government protesters armed with petrol bombs and other weapons and stop them from fleeing amid fears of a bloody crackdown.

Britain said it was seriously concerned by the violence on both sides at Hong Kong's universities, and called for safe passage and medical assistance to be given to those trapped at the campuses.

"We remain seriously concerned by the situation in Hong Kong, and the escalation of violence between protesters and police," a spokesperson for Prime Minister Boris Johnson said on Monday. "We continue to urge for calm and restraint on all sides and support the right to peaceful protest.

"It is vital that those who are injured are able to receive appropriate medical treatment, and that safe passage is made available for all those who wish to leave the area," Britain's Foreign Office said. 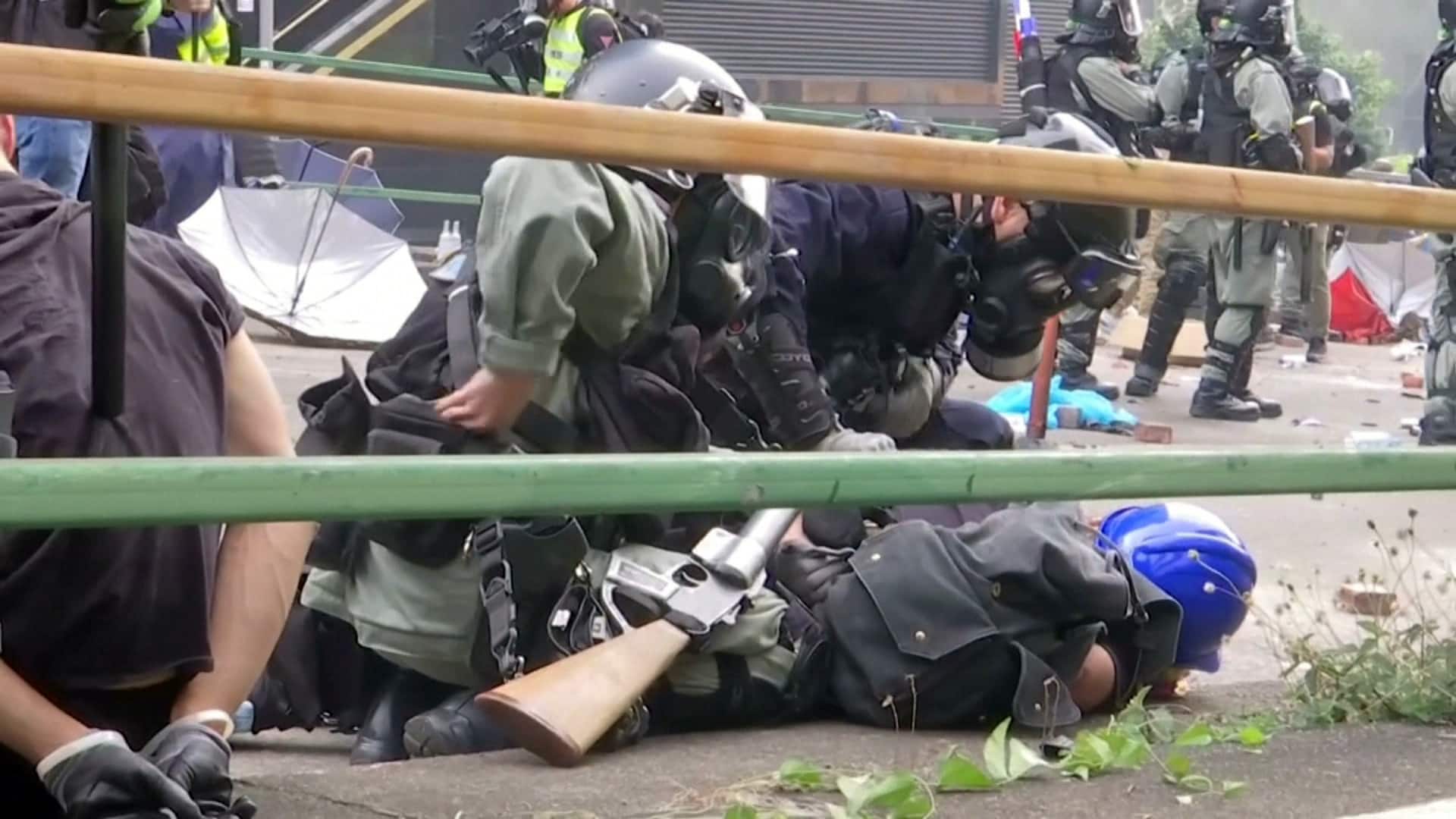 1 year ago
0:42
Police used tear gas to try to clear protesters from the Polytechnic University. 0:42

Global Affairs Canada said Monday it continues to monitor the situation in Hong Kong and is "seriously concerned by ongoing violence."

Roughly 300,000 Canadians live in Hong Kong, where tensions between protesters and police has been running high.

The Global Affairs statement urged a rejection of violence and "urgent steps" to de-escalate the situation in Hong Kong.

"Fundamental freedoms, including the right of peaceful assembly, and Hong Kong's high degree of autonomy under the 'one-country, two-systems' principle, are enshrined in the Basic Law, and in international agreements and must continue to be upheld," Monday's statement said.