Canada's Minister of Foreign Affairs called the alleged detention and killings of gay and bisexual men in Chechnya "reprehensible," as LGBT rights groups called on the international community to act.

Canada's Minister of Foreign Affairs called the alleged detention and killings of gay and bisexual men in Chechnya "reprehensible," as LGBT rights groups called on the international community to act.

In a statement released Saturday, Chrystia Freeland called on Russian authorities to investigate the reports and "to immediately ensure the safety of all persons in Chechnya who may be at risk due to their sexual orientation."

The allegations that up to 100 men are being detained prompted a protest outside the Russian embassy in London on Wednesday.

Russian independent newspaper Novaya Gazeta has reported that at least three of those men have been killed in secret prisons described as "concentration camps." It also reported threats from Chechen religious leaders of  "reprisals" for its coverage of the issue.

"Human rights have no borders. Canada believes human rights are universal and indivisible, and these include the human rights of LGBTQ2 people," Freeland`s statement read.

"We deplore acts of violence and discrimination, in all regions of the world, committed against individuals because of their sexual orientation or gender identity."

Björn van Roozendaal, program director for the International Lesbian and Gay Association in Europe, told CBC News that several people within the organization are on the ground in Russia, working to verify the reports. Some have spoken to people who claim to be victims.

"There's a lot of word about violence against these people and torture and rape and beatings. People are alleged to have died because of the situation on the ground," he said.

Van Roozendaal blames authorities for their inaction, and says some have even encouraged the violence.

"The leaders in Chechnya are saying that there are no gay people, so this information cannot be true," he said, noting Russia has said possible victims should reach out to their leaders.

A spokesman for Ramzan Kadyrov, president of the southern Russian region of Chechnya and a vocal supporter of Russian President Vladimir Putin, was quoted by Russia's Interfax news agency as denying the alleged abuses have taken place.

"Nobody can detain or harass anyone who is simply not present in the republic," Alvi Karimov was quoted as telling Interfax. 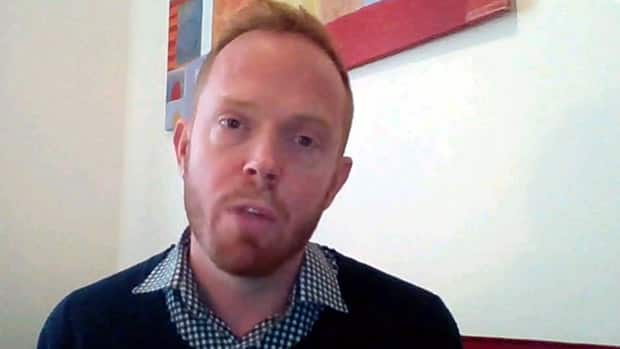 4 years ago
4:44
CBC News speaks with Björn van Roozendaal, program director for the International Lesbian and Gay Association in Europe 4:44

There have also been calls from religious leaders for families to protect family honour by killing the son or brother who is detained and released.

"However, the leaders have been quite publicly calling for violence," van Roozendaal said. "They have said in particular — the religious leaders in Chechnya have said — that people should not exist like that in Chechnya."

Helping people to get out

For now, van Roozendaal and his organization are focusing on helping people get out of the region, and hopes international pressure on the government will lead to change.

"It's important to keep pressure on the government, that's extremely important," he said. "International organizations, including the United Nations, have been speaking out."

"[We hope] it will send a signal to the victims that there are people looking out for them."

The rights arm of the Organization for Security and Cooperation in Europe (OSCE) on Friday urged Russia to investigation the allegations.

"The authorities in the Russian Federation must urgently investigate the horrific reports of human rights violations against allegedly gay men in Chechnya, as well as identify, prosecute and punish any known perpetrators," the head of the OSCE's Office for Democratic Institutions and Human Rights (ODIHR), Michael Link, said in a statement.

The OSCE, once a rare forum for discussion between East and West during the Cold War, has 57 participating states stretching from North America to Russia and Central Asia. ODIHR deals with election monitoring and human rights in those states.

Link said Moscow had to step in. "Given the reported unwillingness of local authorities to investigate and prosecute the serious violations alleged to have been committed by security services, it is incumbent upon Russian Federation authorities to intervene and protect all those remaining at risk," he said.

A spokesman for Russian President Vladimir Putin says the Kremlin does not have confirmed information on the violence targeting the LGBT community.