Canadians working in U.S. under NAFTA exemption worry about future under Trump

One of Donald Trump's biggest campaign promises was to renegotiate NAFTA. The non-immigrant NAFTA Professional (TN) visa allows Canadian and Mexican citizens to work in the U.S., but many Canadians are concerned about their status under the incoming U.S. administration.

Canadian Jason Dumelie spends most of his time deciphering and studying DNA sequences. But lately he's putting a lot of thought into something almost as complicated: his future.

As a Canadian working in the U.S. under NAFTA, he wonders if he could be collateral damage should president-elect Donald Trump follow through on one of his biggest promises.

"I'm quite concerned with a Donald Trump presidency; obviously it's not good for my personal status in the U.S. because he's said he'd rip up NAFTA," Dumelie said.

An estimated 30,000 to 40,000 Canadians work in the U.S. under the non-immigrant NAFTA Professional (TN) visa, which allows Canadian and Mexican citizens to work in the U.S.

The visa allows experts in certain fields — like economics and science — a fast track into the U.S., provided they have a job offer there.

"I've always known I'm here on a NAFTA treaty [exemption], so that if it gets ripped up, I've always been concerned, to an extent, that I may have to find a new job," Dumelie said.

'If we don't get a better deal, we will walk away'

During the campaign, Trump repeatedly attacked the free-trade agreement between the U.S., Canada and Mexico, going against Conservative orthodoxy but tapping into a rich vein of anger amongst a working class that feels left behind.

"If we don't get a better deal, we will walk away," Trump said in August during a major speech on economic policy in Detroit, where he highlighted the number of American manufacturing jobs lost since NAFTA was implemented in 1994.

During the first presidential debate in September, Trump went further: "NAFTA is the worst trade deal maybe ever signed anywhere, but certainly ever signed in this country." 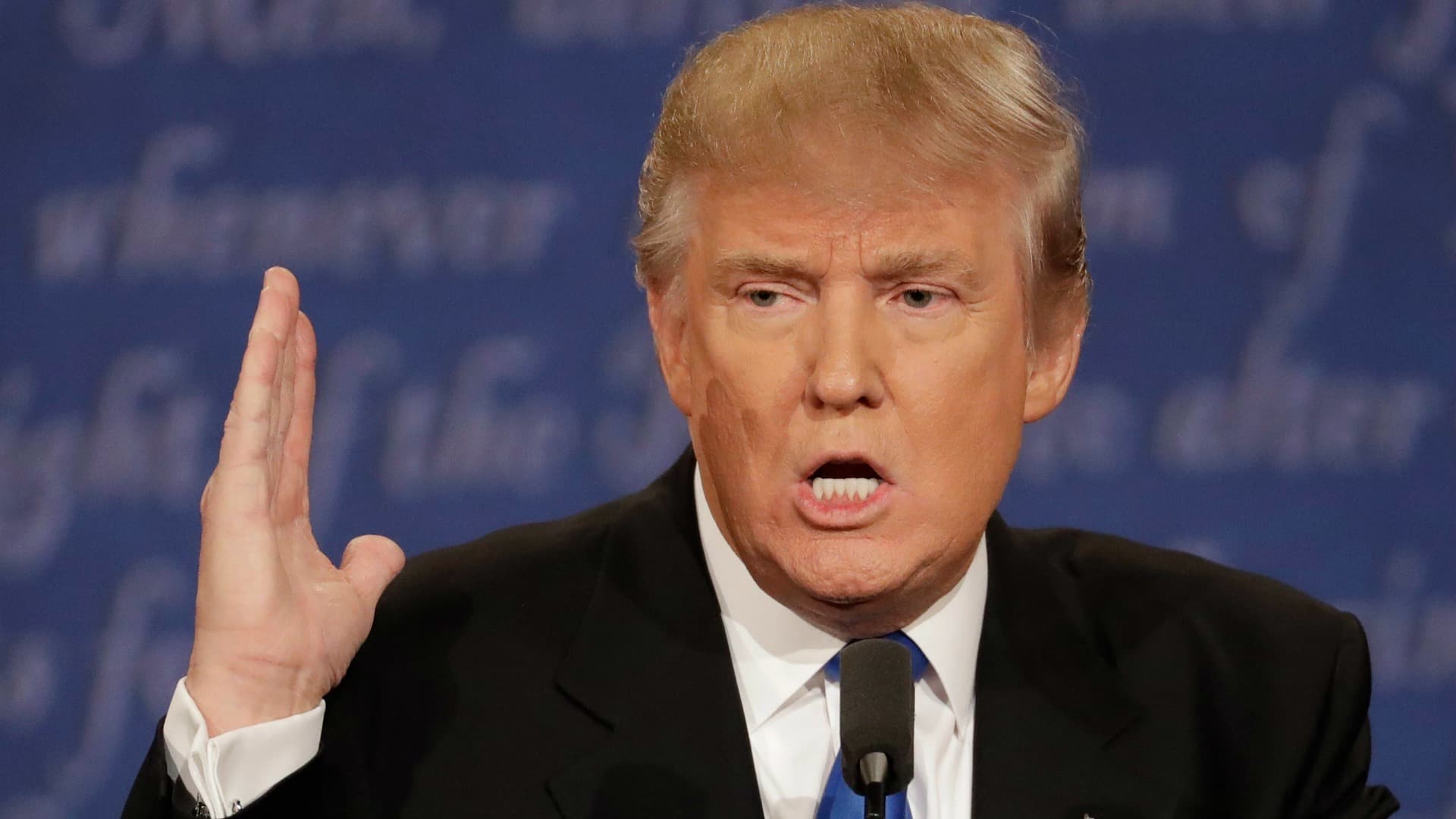 4 years agoVideo
1:27
Trump and Clinton spar over the trade deal her husband signed 1:27

"I think Trump is more concerned about people coming and crossing the southern border into the United States, and staying and living and working here illegally. That is the bigger issue Trump is trying to attack," Salomon said.

Since his election, Trump's transition team has sought to soften the rhetoric around NAFTA, explaining in speeches to the business community that Trump isn't looking to rip up the deal, but instead to make it fairer.

A draft memo from Trump's transition team, obtained by CNN, says on his first day of office, Trump would ask the U.S. Department of Commerce to study the impact of withdrawing from the agreement.

Salomon said while no one knows what Trump will do, his best guess is that NAFTA will be tweaked, not trashed.

"If he wants to rip it up, Canada will bear the consequences as well. But I hope that Trump sees the broader value of NAFTA and works to renegotiate elements of it, rather than rip it up entirely."

The job descriptions in the deal were written in the early 90s and don't reflect the current economy, he said. Officials could take a hardline approach to who gets in, limiting access.

With a number of questions swirling ahead of Trump's presidency — from immigration to foreign policy to the environment — in typical Canadian fashion, Jason Dumelie said his visa concerns probably aren't high on the agenda.

"There are people concerned about much bigger things; it's definitely not why they're having protests here in New York City."

That gives Canadians like Dumelie a bit of breathing room in the face of an uncertain future.