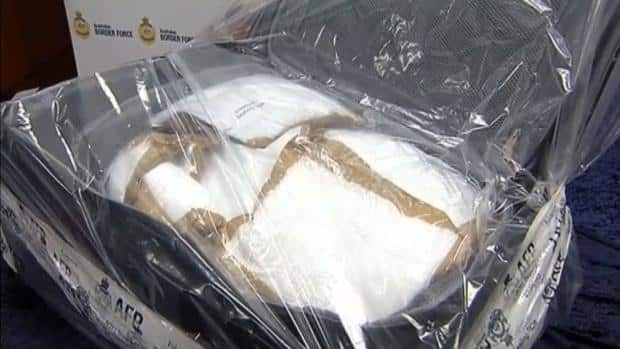 The haul valued at nearly $30 million was the largest seizure in Australia of narcotics carried by passengers of a cruise ship or airliner, Australian Border Force commander Tim Fitzgerald said.

The three did not enter pleas when they were charged in the Sydney Central Local Court with importing a commercial quantity of cocaine. They face potential life sentences if convicted.

They will remain in custody until their next court appearance on Oct. 26.

The trio had boarded the ship at the British port city of Southampton. Police are investigating whether they boarded with the drugs or sourced them from one of several South American ports the ship visited on its way to Australia.

Fitzgerald thanked the U.S. Department of Homeland Security and the Canada Border Services Agency for helping identify the three as "high-risk passengers" among the 1,800 on board.

Australia has among the highest prices in the world for cocaine, according to the United Nations Office on Drugs and Crime.