Canadian Joshua Boyle's parents say their son, his wife and their three young children plan to come back to Canada after being freed following years of captivity in Afghanistan. 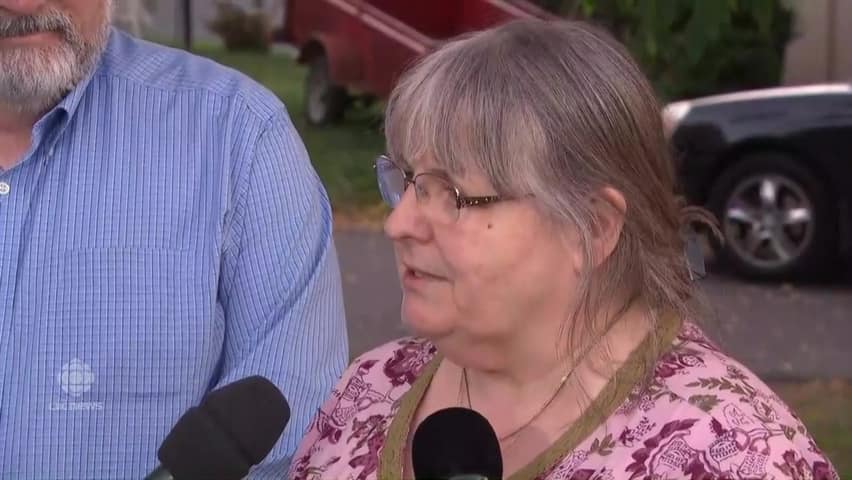 3 years ago
2:17
Linda Boyle spoke to reporters outside her home in Smiths Falls Ontario 2:17

Canadian Joshua Boyle's parents say their son, his wife and their three young children plan to come back to Canada after being freed following years of captivity in Afghanistan.

Boyle and his American wife, Caitlan Coleman, were abducted five years ago while travelling in Afghanistan and were being held by the Haqqani network. They had been living in Perth-Andover, N.B.

Coleman was pregnant when they were captured. She gave birth to three children —  two boys and a girl — while in captivity.

"The car seats are in the back of our car and we're planning on picking them up very soon, but the logistics aren't sorted out," Boyle's father, Patrick Boyle, said Thursday night as he spoke to reporters alongside his wife, Linda.

The family, who had been told they could return to either Canada or the U.S., are still in Pakistan and finalizing travel details now.

'They kept themselves strong'

Linda Boyle said that talking to her son on the phone for the first time in five years was "amazing."

She said she expects the family will have some "really tough times" as they return to North America after years in captivity, but that the strength they showed while being held hostage would help them through. 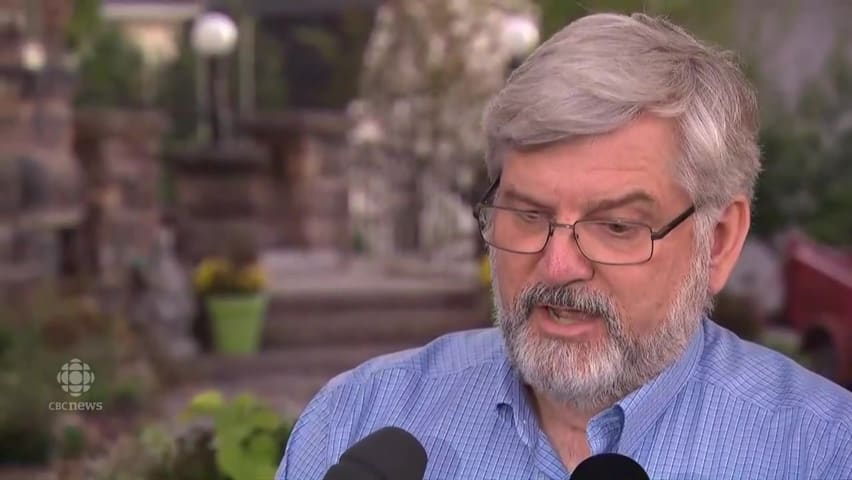 3 years ago
1:22
Boyle's parents spoke to reporters outside their home in Smiths Falls Ontario 1:22

"They kept themselves strong for so long, for each other and for the kids," she said. "They think they can keep that up, but I think it's going to catch up with them, and they're probably going to have some real crashes, I expect, but we're here for them."

"He was quite effusive in his praise for the Pakistan military," Boyle said.

"He did say the last word out of the captors were 'Kill the hostages!'"

Earlier, White House Chief of Staff John Kelly credited Pakistan with playing a key role in their rescue and said arrangements have been made to transport the family back to North America.

"They've been essentially living in a hole for five years," Kelly said. "That's the kind of people we're dealing with over there."

It's also not clear how precisely the Pakistani military secured the family's release, which came after the United States shared intelligence about the hostages' location. It was also unclear when the family would return home.

"We are greatly relieved that after being held hostage for five years, Joshua Boyle and his wife, Caitlan Coleman, as well as their young children, have been released and are safe," said Freeland in a statement. 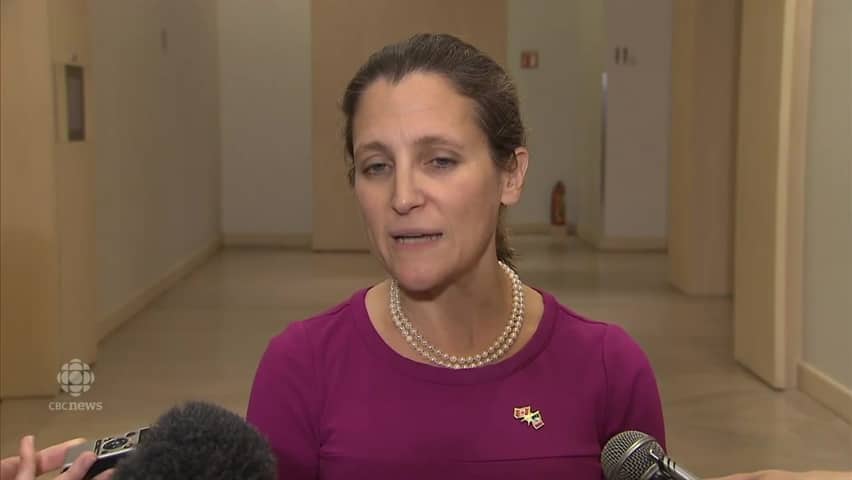 Freeland on the freeing of Joshua Boyle

Freeland later said that Boyle is "not the subject of any investigation."

"Our focus very much is on the safety and security of that family."

It's not clear what kind of role Canada played in helping secure the family's freedom, or if there was any kind of exchange to gain their release. Prime Minister Justin Trudeau has been adamant that Canada will not pay ransom to groups it considers terrorists in order to release kidnapped citizens, arguing it further funds such groups' illegal and often deadly activities.

Earlier in the day, The Associated Press reported that U.S. officials said Pakistan had secured the release of a Canadian, his American wife and their three children.

U.S. President Donald Trump, in a statement, confirmed a short time later that the U.S. had worked in conjunction with Pakistan to secure their release.

"Today they are free," said Trump. "This is a positive moment for our country's relationship with Pakistan. The Pakistani government's co-operation is a sign that it is honouring America's wishes for it to do more to provide security in the region."

The U.S. has long criticized Pakistan for failing to aggressively go after the Haqqanis, who have been behind many attacks against U.S. and allied forces in Afghanistan.

U.S. officials call the group a terrorist organization and have targeted its leaders with drone strikes. But the group also operates like a criminal network. Unlike ISIS, it does not typically execute Western hostages, preferring to seek ransoms.

Pierre Borghi, an aspiring photographer who had done humanitarian work, was captured by the Taliban in 2012. He said his time in captivity "was very dark, very black."

Borghi told CBC's Andrew Nichols he was taken off a street in Kabul and held for 131 days before he escaped, prompted by "a lot of luck, a lot of timing and a lot of desperation." He said his time as a hostage was spent waiting — waiting for the next morsel of food or the next "little piece of talk" with the captors.

Pakistan's military said in a statement that U.S. intelligence agencies had been tracking the whereabouts of Boyle and Coleman and discovered they had come into Pakistan on Oct. 11 through its tribal areas bordering Afghanistan.

The release, which came together rapidly Wednesday, reports The Associated Press, comes nearly five years to the day since Coleman and Boyle lost touch with their families while travelling in the Wardak region, a mountainous region near the Afghan capital of Kabul.

The couple set off in the summer 2012 for a journey that took them to Russia, the central Asian countries of Kazakhstan, Tajikistan and Kyrgyzstan, and then to Afghanistan.

In 2013, the couple appeared in two videos asking the U.S. government to free them from the Taliban.

When asked if Boyle had been reluctant to fly to the U.S. because of his previous marriage to Khadr, his father Patrick said that wasn't the case.

"They did not want to get on a plane that was heading to Bagram," he said.

The Haqqani network in the past reportedly held controversial U.S. soldier Bowe Bergdahl, who was detained for about five years in Afghanistan and only freed when the U.S. agreed to release five suspected Afghan militants who were in detention at Guantanamo Bay, Cuba. In a separate development Thursday, it was confirmed that Bergdahl will enter a plea next week on charges of desertion and misbehaviour before the enemy.